MLB Trade Deadline: Breaking it all down

Now that the non-waiver deadline has passed, movement will have to come off of waivers. Certain teams were aggressive in the market, but on a whole things were quiet. I'll take a look at the teams that appear to have accomplished goals, and I will also looked at some potential missed opportunities.

Share All sharing options for: MLB Trade Deadline: Breaking it all down

The winner/loser tags at the deadline do not do much to accomplish anything. The goals of teams are often based on speculation, and there isn't enough readily available information to assume that teams accomplish what they set out to accomplish--a lot of the information remains hidden behind closed doors that will never open. Due to this, trade analysis comes in the scope of what did and did not occur. Without knowing the details, it is impossible to know who truly "won" or "lost" the deadline.

The Chicago Cubs held a ton of the cards at this trade deadline, but they took a much different approach than other teams. Rather than wait out the period and wait for a market to develop, the Cubs attacked early. This allowed them to deal the likes of Scott Feldman and Matt Garza before rumors of Jake Peavy and others could become truly serious.

What they gave up (significant pieces):

What they get back:

Matt Garza is a Texas Ranger 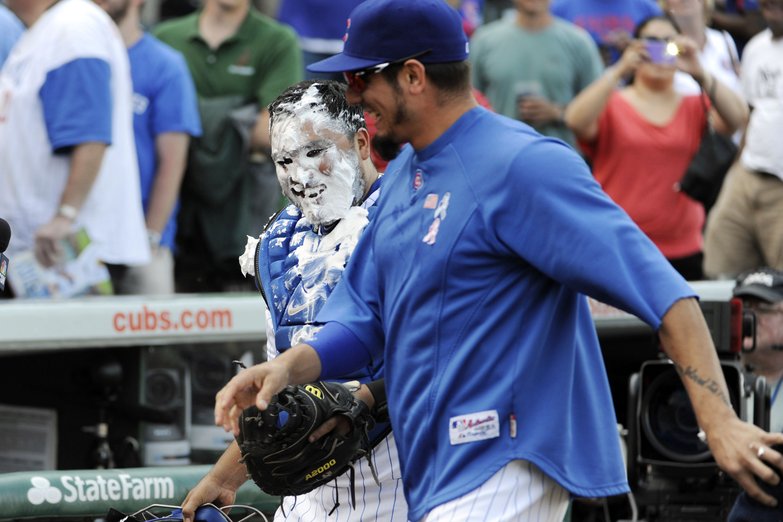 Bleed Cubbie Blue breaks it all down.

In all, the Cubs traded roughly four wins of value they had control over for $12 million in salary relief, a third baseman who is a top-100 prospect, a rising prospect in C.J. Edwards, and multiple cost-controlled arms. However, where the Cubs performed best was in the deals they didn't make. While calls and offers reportedly kept coming on on David DeJesus, Nate Schierholtz, and even Jeff Samardzija, the Cubs held to their high asking prices knowing that there was no pressure to make a move.

The Orioles took a rather passive "win now" approach to the deadline, and they gave up quite a lot in the process. They took the bait on Scott Feldman, overpaid for Francisco Rodriguez, and then made a seemingly desperate grab for Bud Norris at the buzzer.

What they gave up:

EDIT: It is indeed a Comp A selection, not a Comp B selection. The pick is slated to be number 35 in the draft, which adds over a million dollars to the Astros' bonus pool and falls within the realm of the top 50 picks--which are known to have significant value. That pick may be the best prospect received in this deal.

If Bud Norris continues at his current pace the next two years -- and seeing as he's 28, that seems reasonable -- then the Orioles will have acquired roughly 5.15 fWAR at a cost of $4.7 million plus whatever Bud Norris makes in arbitration. Bud has two more years of arbitration left, and for quick deadline-related comparison, Matt Garza's salary increased 178% in his second year of arbitration and 159% the year after. If this happens for Norris -- assuming the variables are roughly similar -- he will make $5.34 million in 2014 and $8.49 million the next year. The process doesn't work the same for everyone, and the Orioles may avoid arbitration with Norris altogether, but this makes the total cost of the 5.15 fWAR roughly 18.53 million.

That figure doesn't look so bad until it is factored in that the Orioles gave up multiple prospects in the top ten in their system. MLB.com's Jonathan Mayo was even quoted as saying Josh Hader could be the best prospect moved at this year's deadline -- on the final day, at least. If the prospects involved manage to reach just one win in value apiece, then the Orioles will have given up 18 wins in value that is cost-controlled. However, the ceilings for all three players are higher than that, so the damage could easily be more -- and at the same time, the prospects could combine for zero wins. 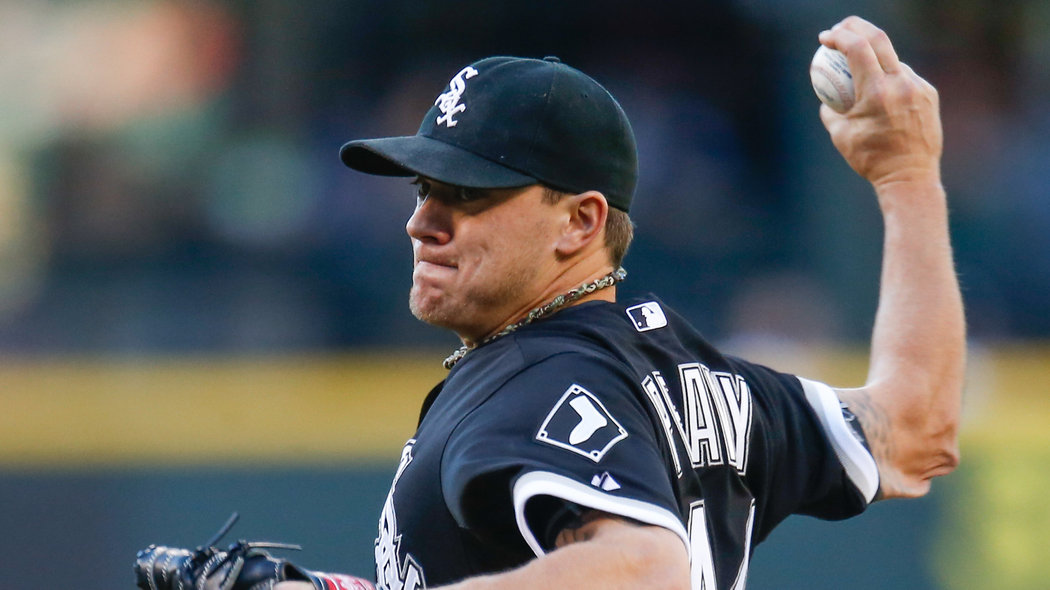 The folks at Over the Monster take a look.

The reason this trade is intriguing is that it smells of fear on Detroit's part. If Johnny Peralta is indeed suspended for the rest of the season through the Biogenesis scandal, then the Tigers would be without a viable shortstop. Due to Peralta's free agent status at the end of the season, the Tigers fill a temporary gap and also fill the shortstop position long-term. While Jose Iglesias may never hit in the majors, he accrued seven DRS in 24 games at shortstop in 2012. That pace over 162 games would be 48 DRS. While that is likely an unsustainable rate, Iglesias plays defense like Brendan Ryan, who averaged around two fWAR per season between 2009 and 2012 while playing 133 games per season. If he plays like Ryan, he's at least a league-average shortstop.

On Boston's end, they get the biggest wild card on the market with Jake Peavy. Over the last three years, Peavy has pitched at a pace of 4.2 fWAR/200 IP. Meanwhile, his RA/9 pace is just 3.5/200 IP, which suggests he has had consistent trouble matching his peripherals. This is not the only problem, as Peavy also has a substantial injury history with a variety of injuries to his upper body, and he is still owed nearly $20 million.

If a $5 million/WAR pace is assumed and fWAR is used, Peavy will beat the contract if he can get to 200 total innings pitched. If he pitches every fifth day for Boston, he will reach ten starts by the end of the season, and at six IP per start he would add 60 innings. If Peavy can maintain his pace and reach 140 IP in 2014, he would then be worth the deal. However, the deal also included Jose Iglesias -- assumed at two fWAR per season over five years of control -- and prospects. For the deal to make sense for Boston, Peavy needs to pitch effectively and be healthy for the bulk of the contract.

After seeing the Royals give up OF Wil Myers and P Jake Ordorrizi in the off season, it was disappointing seeing them fail to take a status as a buyer or seller. By sending P Kyle Smith for OF Justin Maxwell, the Royals failed to add any kind of impact talent and did not move any of their movable assets. Essentially they stayed put with a roster on pace for 81 wins in a fairly weak division without a lot of help on the way.

The acquisition makes sense for a team looking to solidify a contending roster. Maxwell has a career OPS of .824 against right-handed pitching and provides above-average value in the field. If he were to get into 40% of the games in a given season, there's no reason to think he can't produce a win of value in the proper role. The cost of this was a piece who projects as a viable bullpen arm.

At the same time, the Royals didn't commit to anything. They gave up six years of control on a potential impact reliever for an individual who won't even play half the time in the field. If Smith sticks as a quality reliever and produces 0.5 wins of value per season, he would produce three wins in his time with Kansas City -- though he could exceed that ceiling. An optimistic projection for Justin Maxwell -- assuming the Royals use him in the proper role -- has him reaching the same win total, but contributing only fractions of a win to this season at a potentially higher cost.

The Rockies are a team going nowhere quickly. They do not have a strong farm, the MLB roster is led by two stars with injury concerns and is on pace for 76 wins, and they have no pitching to speak of. This begs the question of why Michael Cuddyer is still on the roster -- and better yet, why his name barely was mentioned at all.

Michael Cuddyer has roughly $14 million left on his deal over 1.33 seasons of control and currently has a 153 wRC+. Cuddyer is also playing at a pace of 4.1 fWAR/162 games played. He has been perfectly healthy over the last two months and put up a 142 wRC+ in July -- while also mashing in every month thus far in 2013. At 34 years old, he is oddly having the best year of his career, and his trade value is very unlikely to be any higher at any point in the future.

The market for outfield bats was also incredibly quiet, and the biggest name was Nate Schierholtz. While Schierholtz is very good against right-handed pitching and is on a cost-controlled contract, he does not have a significant track record of performance. If the Rockies had made Cuddyer available, he likely becomes the best bat on the market -- assuming the Marlins hadn't changed their minds on Giancarlo Stanton. The Rockies could have flipped an aging talent in a career year for quite the haul, but they failed to jump on that opportunity -- even though it is unlikely Cuddyer's value with the team is put towards a winner.

With the new playoff structure, teams are forced to wait longer and longer until they find out where exactly they stand. What this creates is a passive market that takes a longer time to develop. As a result, people should not trade July 31st as the trade deadline. The waiver wire will be active in August, and teams will look to make moves as players clear waivers and teams know more about where they stand. While Cliff Lee -- for example -- was not traded before the deadline, his contract will likely allow him to clear waivers and open up trades.

Perhaps this quiet deadline is just the calm before the storm.