How will Fernandez' career end up?

When it was announced that Jose Fernandez was going to join the Marlins out of spring training I was shocked to say the least. I'm no scout, but Fernandez was (and still is) only 20 years old, and had never pitched above A+ ball. After blowing up their team in the offseason, the move didn't make much sense, and it seemed like they were setting up Fernandez to fail.

Boy was I wrong.

Through his first 20 starts, Fernandez has been extremely impressive. Among all qualified starters, Fernandez' 2.99 FIP ranks as the tenth best in baseball. He's shown an excellent ability to strikeout major league batters, but this shouldn't come as a surprise since he was also able to do so in the minors. He's also done a good job at preventing walks. All in all that equates to 2.5 Wins Above Replacement, according to FanGraphs.

While looking at Fernandez' page it got me thinking: How do the careers of pitchers whose rookie seasons come at age 20 season end up? What I found was fairly interesting. First, since 1970 there have been 18 starting pitchers who were rookies at 20 and threw at least 120 innings in their rookie season. 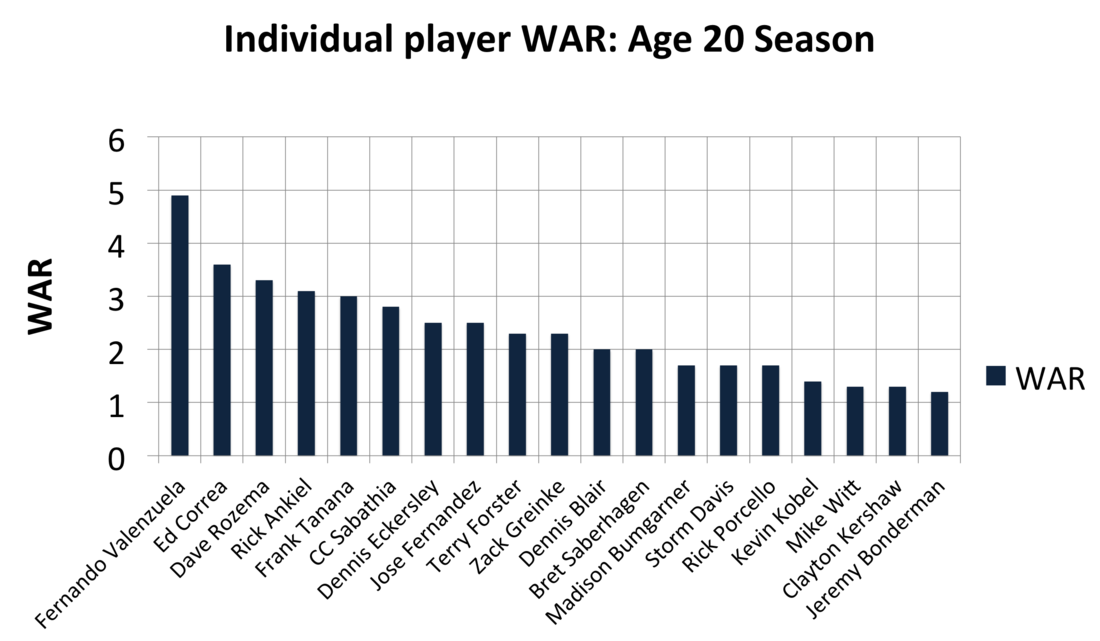 Just by looking at this chart, we can see that there are some really good starting pitchers, and some subpar starting pitchers. Based on Wins Above Replacement (courtesy of FanGraphs), Fernando Valenzuela had the best season for a 20 year old rookie, coming in at 4.9 fWAR, while Jeremy Bonderman came in last with his 1.2 fWAR. 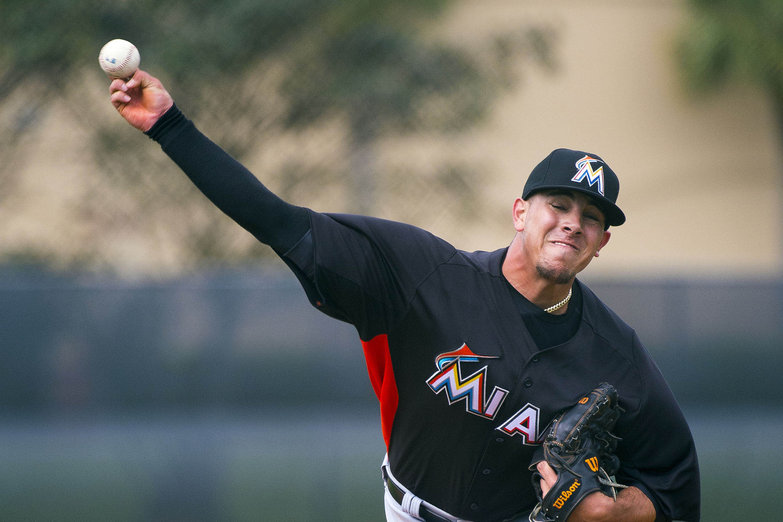 I took a PITCHf/x look at Fernandez.

There are some interesting names on this chart, and Ed Correa is definitely one of those. Correa pitched three seasons for the White Sox and Rangers (1985-1987). His 3.6 fWAR season actually occurred in 1986, but he was still qualified as a rookie because he only pitched in 10.1 innings the season before. He struck a fair number of batters out, but walks were definitely a problem. His career BB% was 14%. But in 1987 he made 15 starts with less than ideal results (-0.6 fWAR), and ended up hurting his arm. He never pitched again after that. One can only wonder how he would have ended up.

Clayton Kershaw is also on this list. That first season left little to be desired, as he only managed 1.3 fWAR and really struggled with walks as well as home runs. In 2008 (age 20 season), Kershaw's BB% was 11%, and his HR/FB% sat at 11.6%. Since then he's made the necessary adjustments, and he's evolved into one of the best pitchers in the game.

How did these pitchers end up at the end of their careers though? Let's find out!

Dennis Eckersley leads the group with a final total of just over 60 fWAR. Right behind him are the likes of CC Sabathia, as well as Bret Saberhagen. On the flip side guys like Dennis Blair, and Kevin Kobel barely managed positive WAR, while Correa and Ankiel finished with negative WAR (though Ankiel accumulated transitioned to a position player role a few years after his rookie season).

When it comes to Fernandez, we really have no clue where he'll end up. He could have a good career, or he could have a terrible career. Health will be a big factor as well. Twitter also chimed in about Fernandez' potential.

@Alex_Kienholz he could have anywhere between a good career and a so-so career, maybe even a bad career but also maybe a great career.

@MRHBaseball @Alex_Kienholz just thought of this one: kinda good career turns into a kinda bad career then back to kinda good again.

It's also possible that none of these scenarios turn out. Regardless of what happens it's been extremely fun to watch Fernandez' pitch in 2013, and I hope he sticks around for a long time.

Thanks to FanGraphs for the data that was used in this analysis.