The Best and Worst of 2013's Intentional Walks

People with a saber-lean tend to hate the free pass. We take a look at the best and worst of intentional walks from 2013 so far.

Share All sharing options for: The Best and Worst of 2013's Intentional Walks

Would you believe that someone who is paid a handsome sum of money to manage baseball professionally would intentionally walk John Buck twice in the same game?

Well, surprise! It happened on Monday, July 1, when the Diamondbacks saw fit to give the owner of a .284 wOBA a free pass not once, but twice.

Maybe manager Kirk Gibson just owed Buck a favor. The scenario that we’d hope to find is that both the decisions were justifiable given the game situation. Let’s have a look:

This one’s fair. Recker is terrible (.284 wOBA), so even though Buck was very likely to get an out, Recker was even more likely. Since the runner at second was the winning run, putting a man on first made no difference. The Mets’ win expectancy improved by 0.3% but win expectancy doesn’t know how bad Recker is.

13th inning: runner on second, one out, Matt Harvey on deck.

Here’s the thing with this one – you KNOW Harvey will bunt if there are runners on first and second with one out, so Gibson essentially put a runner on third for an out. When you consider that they THEN walked Omar Quintanilla to load the bases with two outs for Andrew Brown, Gibson basically put runners on first and third in a trade for an out, which sounds ridiculous (and it backfired).

However, the trio of moves (IBB-SH-IBB) actually lowered the Mets’ win expectancy by 0.5% as a whole, though each walk itself improved it (5.2% and 3%, respectively). Gibson tried to give the Mets 8.2% of a win, but Terry Collins gave them right back with the sacrifice bunt.

The fact that the Mets won when Brown singled home Josh Satin is irrelevant – we should care about the process. 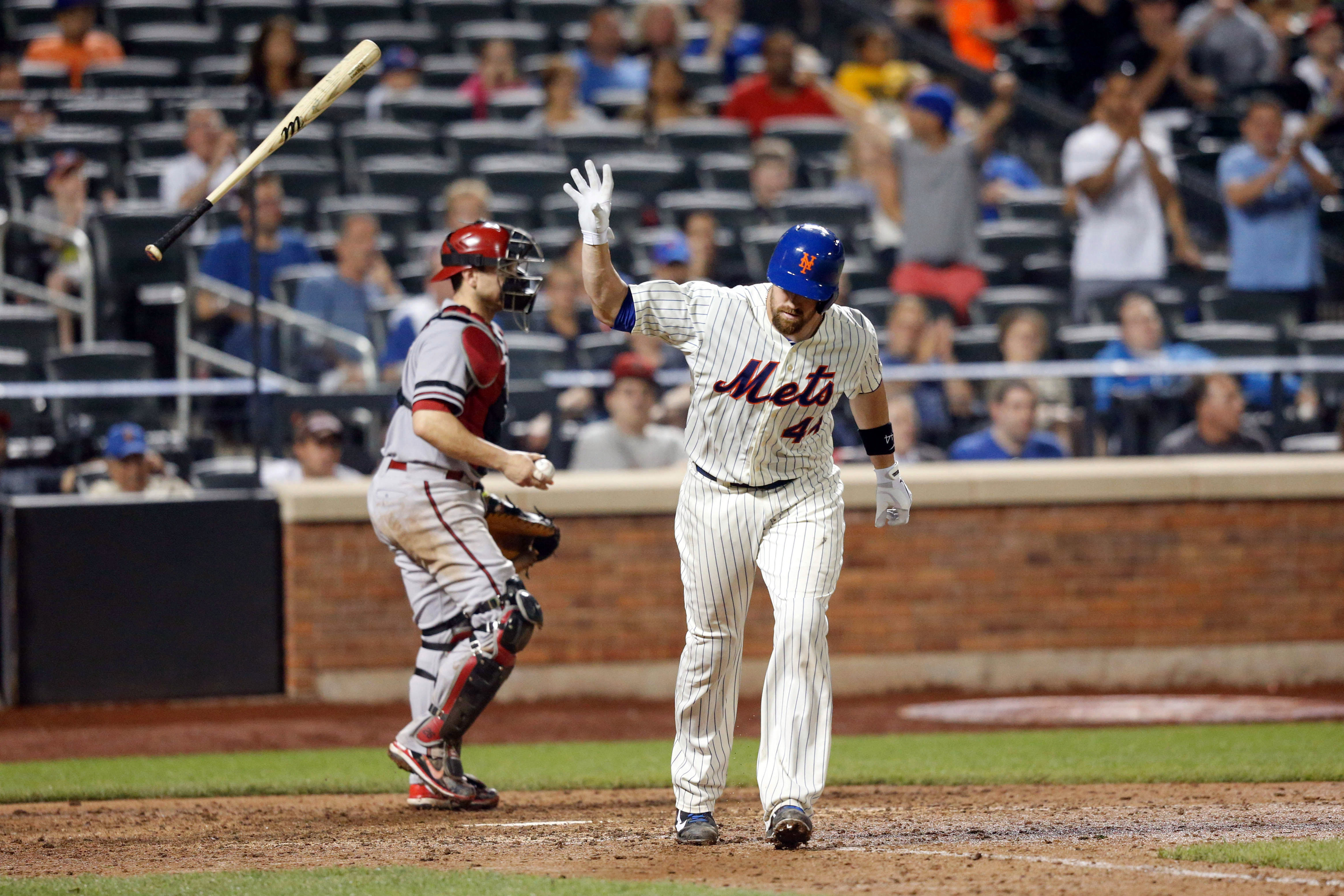 It’s no secret that saber-minded people tend to dislike the intentional walk, since it’s not often that putting a man on base sets up an outcome that couldn’t be had by pitching to a player (after all, even the best hitters get out 60% of the time). But there are situations where you can’t quibble, because you want a double play set up or you want to face a terrible hitter.

Anyway, the double-walk of Buck made me curious as to what some of the more egregious intentional walks of the season were.

The League as a Whole

As mentioned, there are times when intentional walks can be justifiable. Of the 508 that there have been through July 1, some of those were likely good ones, or at least not terrible ones. The league as a whole, though, has surrendered 4.2 wins via the intentional walk (that is, teams have given up 420% of win expectancy in total, good for 4.2 wins), in situations with an average Leverage Index of 1.99 (so basically twice as important as a neutral situation). That…is bad.

The Rare "Good One"

Not all unintentional walks are bad, though. I should again point out that win expectancy (and thus, WPA) doesn’t take into account the hitter that is on deck. That player has a non-zero role in the decision to walk a batter, so it’s possible these metrics underrate the value of an intentional pass (by the same token, they may overrate them).

April 17: Santiago Casilla intentionally walks Yuniesky Betancourt with runners on second and third and one out in the ninth inning. This was a great one, setting up a double play in a tie game where one out wouldn’t help. Blake Lalli singled right after though.

April 21: Chris Perez intentionally walks Jose Altuve in the exact same situation. It pays off when Perez strikes out Chris Carter and gets a ground out from Jason Castro, and then goes and eats a Double Big Mac combo, two cheese pizzas and some funions.

May 24: With one out in the eighth and runners on second and third, Chad Qualls gives Alexei Ramirez a free pass. Alex Rios gets the GIDP they wanted.

June 28: In the tenth, Shawn Camp gives Smoak the pass with runners on second and third and one out but Mike Zunino walks ‘em off with a single.

So as you may have guessed, the only situation where win expectancy will recommend an intentional walk is with runners on second and third with one out in a tie game, with the home team hitting. These walks setup a double play and keep the winning run from advancing, so the extra baserunner is almost meaningless.

199 of the 508 intentional walks in 2013 didn’t move the win expectancy needle (or did so beyond two decimal points).

Cutting Off Your Nose to Spite Your Face

If there were 199 neutral walks and five positive ones, that leaves 304 intentional walks that hurt a team’s win expectancy. That is…not good. It almost certainly means managers over-use the intentional walk, because even considerations like who is hitting next probably can’t explain this many bad walks.

If someone is so inclined, a study that includes the next batter’s baseline stats would be really interesting.

It would be tedious to highlight every terrible walk decision, so we’ll take a look at the five worst decisions in WPA terms. 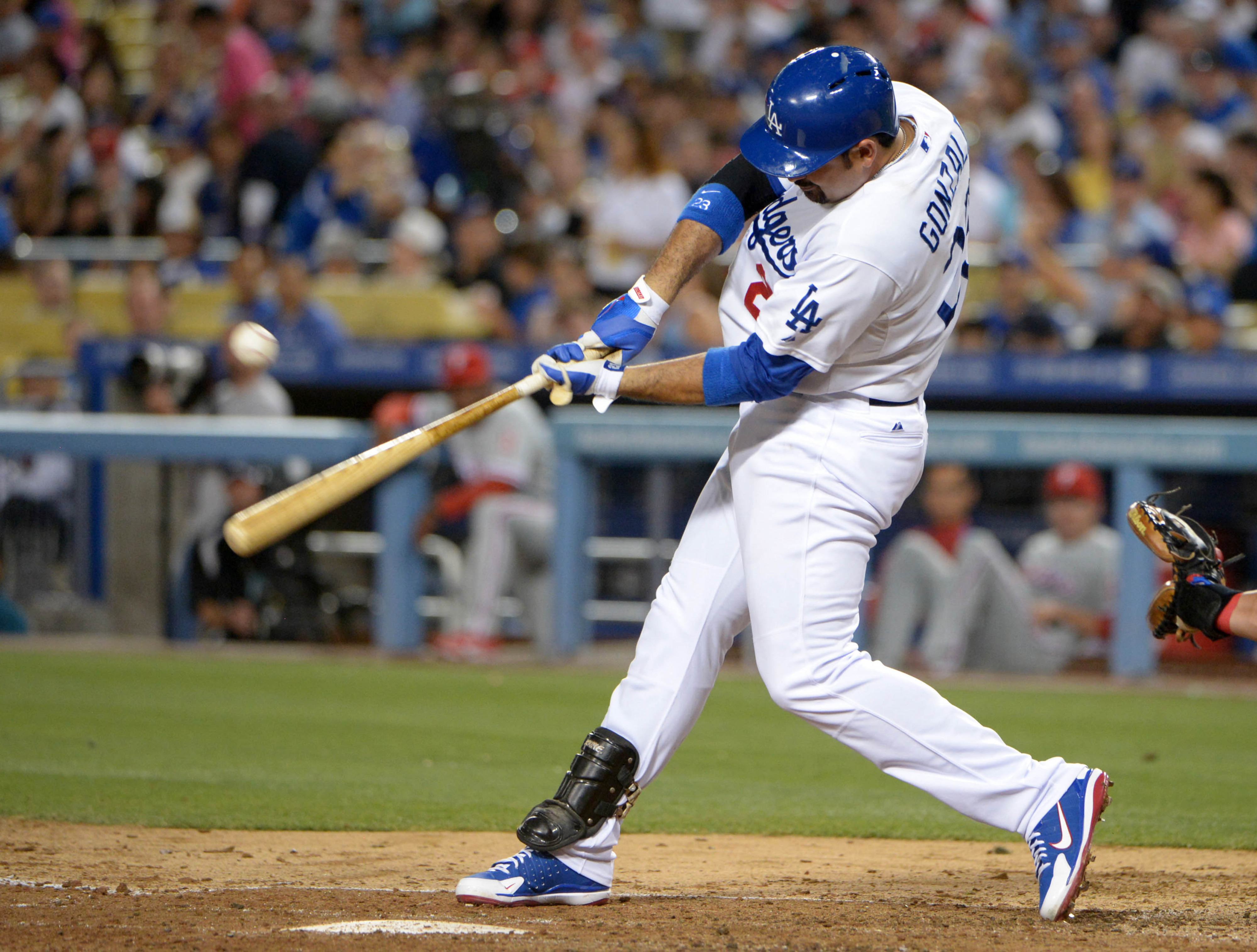 May 26, 4% WPA Loss: Up a run in the bottom of the 7th, Seth Maness of the Cardinals intentionally walks Adrian Gonzalez with a runner on third and one out. You get the double play, sure, but you also just put the go-ahead run on base with only one out. Luckily, Trevor Rosenthal came in and struck out a pair after hitting Andre Ethier (but why didn’t a lefty come in to face him?).

April 9, 4%: Up 3-1 in the bottom of the eighth, Atlanta’s Eric O’Flaherty walks Giancarlo Stanton with a man on third and two outs. Sure, it put the tying run on base, but Placido Polanco and Greg Dobbs were due up, so I’d have probably done the same thing. Then again, I’d walk Stanton every time up in this line-up.

May 19, 5%: Up 5-4 in the sixth, Jason Frasor gives Miguel Cabrera a free pass with…men on first and second and two out. Yikes. I know it’s Miggy, but Prince Fielder is in the on deck circle, ready to hit a three-run double.

May 18, 5%: In a tie game in the bottom of the ninth with runners on first and second and two outs, John Axford intentionally walks Yadier Molina to face Daniel Descalso. On the one hand, it moves the game winning run to third and Matt Holliday may or may not score from second on a single. On the other, you move from Molina to Descalso responsible for a hit, which makes sense.

June 13, 6%: Tied in the top of the 14th with men on first and second, Jesse Chavez opts to load the bases with two out for Mark Teixeira rather than face Robinson Cano. In this case, the moving of the lead runner to third doesn’t make a difference because Ichiro Suzuki would score from second on most singles. However, it’s the TOP of the inning, so Oakland risked putting an extra man on base, potentially giving themselves a bigger hole. Luckily, it was 2013 Teixeira and he popped up to short.

One thing you may have noticed with these "worst" intentional walks is that they happen to really good hitters. Obviously, the managers are thinking, "yes, this is a bad trade-off with average players, but these aren’t average players." Or something like that.

Subjectively, the worst intentional walk I found was this gem:

April 21: In the bottom of the 12th, tied 3-3 with two outs and nobody on, Phil Coke of the Tigers puts the winning run on base for no reason other than to face Josh Hamilton instead of Albert Pujols. It doesn’t matter how much Hamilton was struggling at the time – you lowered the bar for the winning run from a home run to a double. It lowered the win expectancy by 3% and worked out fine, but Hamilton has an extra base hit in nearly 10% of his plate appearances compared to Pujols, who homers in 4% of his turns.

Other Interesting Notes
*There have been 24 intentional walks that had a strike in the count, indicating something changed during the plate appearance to change the strategy. Alternatively, the pitcher could have fallen behind and opted not to risk grooving one. Jeurys Familia actually intentionally walked Donovoan Solano with a full count once, too, the only instance of that happening this year.

*There have been 15 intentional walks with a man on first base, each one loading the bases from 12_ or 1_3. There was also an instance where Evan Longoria was intentionally walked and Kelly Johnson stole third base.

*The Reds have the most intentional walks surrendered with 35, 12 more than any other team. Dusty Baker, ladies and gentlemen!

*But Dusty’s not quite the worst – the New York Yankees have issued 22 free passes (fourth) but have surrendered the highest WPA with 0.28 wins.

*My Toronto Blue Jays have given away the fewest runners (four) and wins (0.02) by way of the intentional walk, perhaps because their starters are too busy unintentionally walking people to bother.

All statistics courtesy of Baseball Reference.

Blake Murphy is a contributor and podcast host for Beyond the Box Score. You can follow him on Twitter @BlakeMurphyODC.