As we move within 48 hours of the trade deadline, teams have become increasingly active. Monday's activity revolved around the acquisition of bullpen help. I'll look at what these trades mean and whether or not they are efficient.

Share All sharing options for: Trade Deadline Countdown: Relievers on the Move

When it comes to roster construction, the valuation of bullpen pieces can be the hardest part. Some organizations covet veterans with experience in lengthy, arbitrary roles. Others are less focused on experience and more focused on who has the greatest ability to get outs regardless of the situation. Monday offered three different bullpen trades that help give an idea of what these pieces are worth at this deadline.

After coming into the season with their bullpen as a question mark, the Tigers made a move to acquire a reliever with heavy experience in high-leverage situations. Here is the format of the deal:

Astros Acquire: OF Danry Vasquez (19) YO 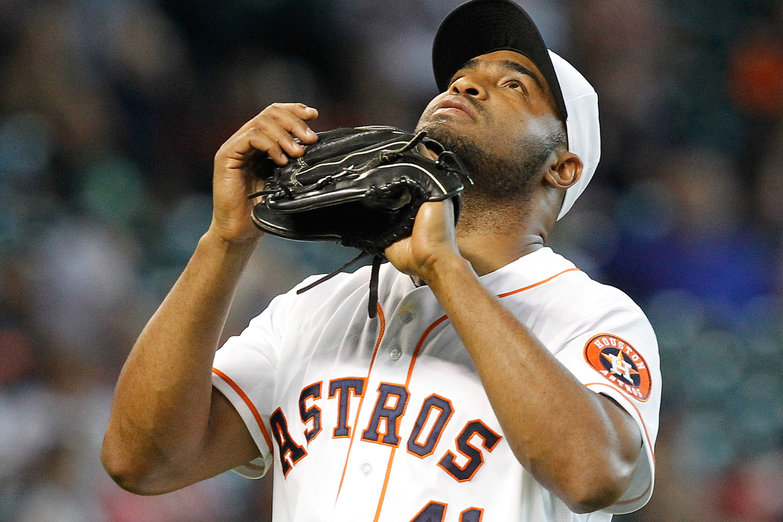 This move is a win for the Astros because of how they approached the situation in the off season. On December 21, 2012 the Astros signed Jose Veras to a one-year deal worth $1.85 million with a $3.25 million team option. While Veras' walk rate has been alarmingly high in the past, his strikeout rate is through the roof and his results have been consistent in terms of ERA. The Astros spent a relatively small amount of money to sign a reliever who had put up half a win of value in each of the past two seasons--for an efficiency rate of roughly $3.7 million per fWAR. Since no money is involved in the deal, the Astros will have gotten 0.6 wins--Veras' fWAR to this point--for about $1.18 million. They also acquire outfielder Danry Vasquez, who is a 19-year old in A ball. While he projects as a fourth outfielder in the eyes of most scouts, the picture can sometimes be blurry on prospects that are so young and inexperienced.

Where this deal falls into question is on the Tigers' side. While the exchange was fair--and actually may benefit them seeing as Veras' option is so cheap--one has to wonder why they didn't do something to fix the bullpen over the off season. Instead of worrying about signing Jose Valverde, the Tigers could have had Veras if they wanted him, because it is unlikely Houston would outbid them in free agency. If they were not fans of Veras, then one has to question their valuation of their current talent and the other talent on the market.

In high leverage situations, the Atlanta Braves' bullpen has a .303 wOBA and a .336 xFIP, so it's a bit of a question mark as to why they felt they needed to address the bullpen. In fact, the Braves' bullpen is seventh-best in xFIP in all situations on the season. With this being true--and the Braves having a large lead in the NL East--it appears this move is to solidify the roster for the post season. 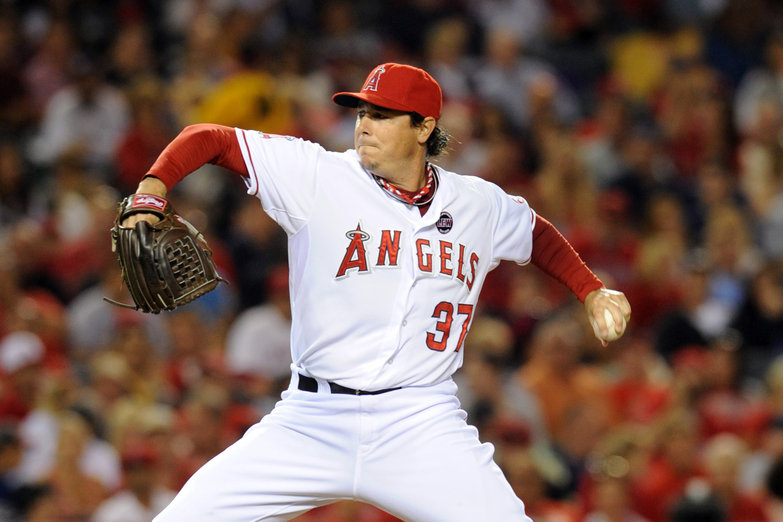 Downs has been exceptional this season out of the Angels' bullpen. While his value numbers suggest he is just a mediocre reliever, it is important to note that Downs is not going to be required to pitch a lot of innings for Atlanta. With the Braves, he will likely serve as a left-handed specialist in high-leverage situations. This is good news for Braves fans as Downs has a 2.33 xFIP against lefties with a 75% ground ball rate.

While Downs has roughly $2 million left on his deal, the Braves essentially gave up an organizational arm for his services. Cory Rasmus does not have a high ceiling as a pitcher, and if the Braves use Downs correctly--as a left-handed specialist--then they will likely increase their success late in games and in medium and high-leverage situations.

Feel free to give any of a wide range of reactions to this trade, because we won't know what the deal is for quite some time. For now, the Rays have acquired RP Jesse Crain--who is currently on the disabled list--for "future considerations"--which is essentially player(s) to be named later and/or cash considerations. Due to the nature of the deal, it's only really possible to focus on what the Rays have acquired.

Jesse Crain is a really good reliever that has flown under the radar for quite some time. After leaving Minnesota in 2010, Crain signed a deal for three years and $13 million with the Chicago White Sox. All he has done since that time is out-perform his contract with 3.7 fWAR generated since signing the deal. Since Crain had already out-performed his contract, anything he could be moved for at the deadline would be gravy for Chicago. 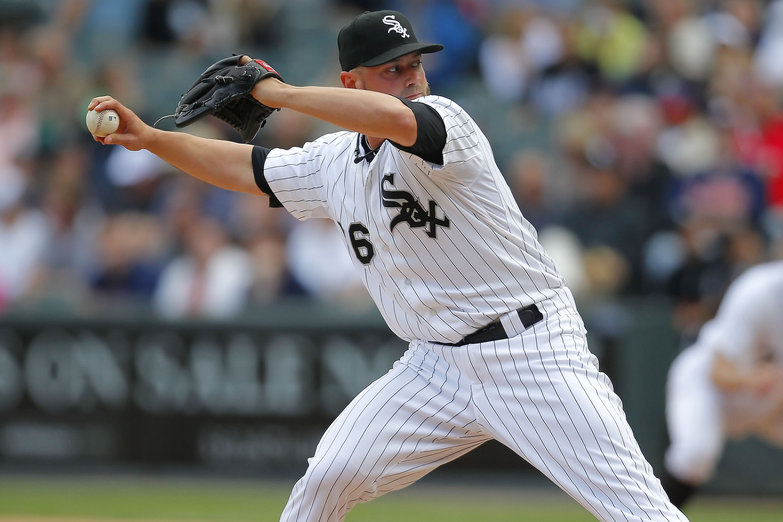 Unfortunately for the White Sox, Crain had a setback with his shoulder injury and is out for an undisclosed amount of time--though it appears the Rays feel he will be back soon. When he isn't hurt, Crain racks up the strikeouts with a deadly fastball/slider combo. This season, he is generating swings and misses on nearly 11% of pitches with an O-Swing% of 32.3%. On top of it all, Crain has his walks under control with a walk rate of 2.7 per nine innings. He is inducing weak contact and is great at stranding runners, as he has left over 86% of runners on base.

With the nature of reliever trades, it is unlikely that Tampa surrendered much in this deal, and they will have to pick up less than $2 million--which makes the move easier to swallow if Crain is lost for the year. It is a low-risk move with a high reward. At the same time, the deal is also good for Chicago, seeing as they were able to trade an injured player for something of value--and on top of that, his free agent contract was already a success so the move is a win-win for the White Sox.

Only one of these deals was handled inefficiently, and that is the Veras deal to Detroit.The bullpen was a concern coming into the season, and they could have solved the problem for the $1.85 million that Jose Veras was signed for in December. Since they did not take advantage of the situation, they wound up giving up their sixth-ranked prospect. The other two deals, however, are very solid trades for both organizations. They acquired quality, experienced high-leverage arms for pennies on the dollar. Both the Rays and the Braves figure to be in the discussion for playoff spots in October, and they solidified their rosters and increased their chances of success without giving up much of anything in value.