The Decline of CC Sabathia

Taking a look at the fall of Yankees starter CC Sabathia.

Share All sharing options for: The Decline of CC Sabathia

From 2006 to 2011, CC Sabathia was one of the best pitchers in baseball. His 36 fWAR was second in all of baseball, finishing only behind Roy Halladay's 39 fWAR. He posted solid strikeout rates, low walk rates, and everything was going along smoothly until some concerning events in 2012.

The most glaring problem is the loss in velocity on Sabathia's four-seam fastball. We have velocity data since 2007, and until 2011, Sabathia's velocity remained fairly constant as you can see in the following image. 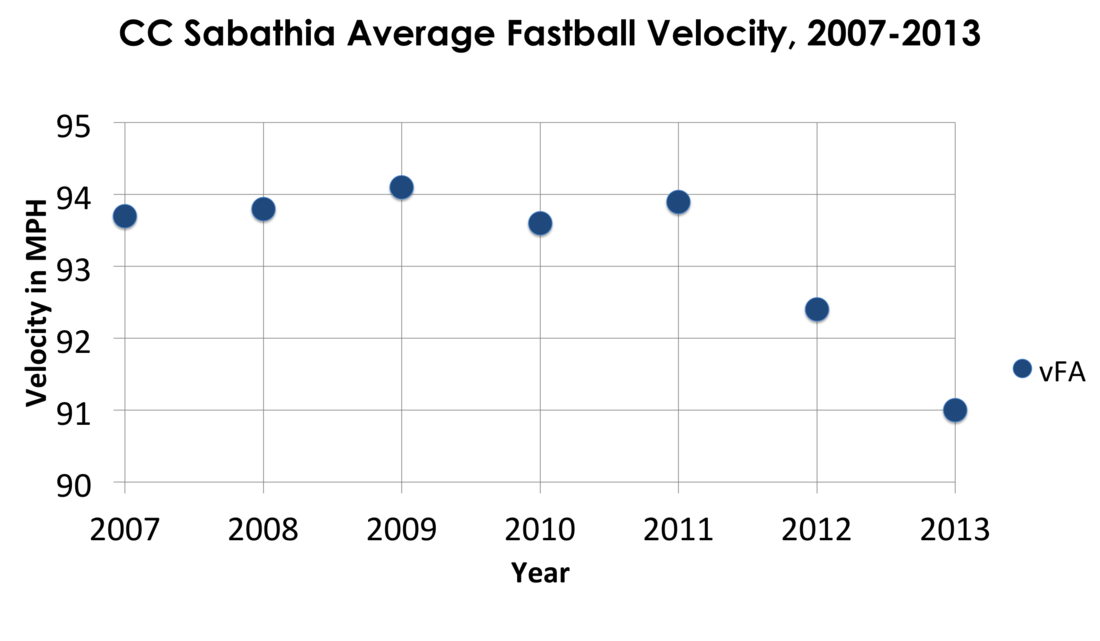 Once 2012 rolled around, Sabathia started losing velocity, going from 93.9 MPH to 92.4 MPH. This may not seem significant, but losing more than one mile per hour of velocity is a big deal. This season he's down to 91 MPH, so he's lost another mile per hour.

His plate discipline statistics didn't show much change at all in significant areas, though. Next I looked at his pitch value numbers to see how many runs a Sabathia saved by using his fastball per 100 pitches. This isn't necessarily the best metric to use, but it can give us some info. 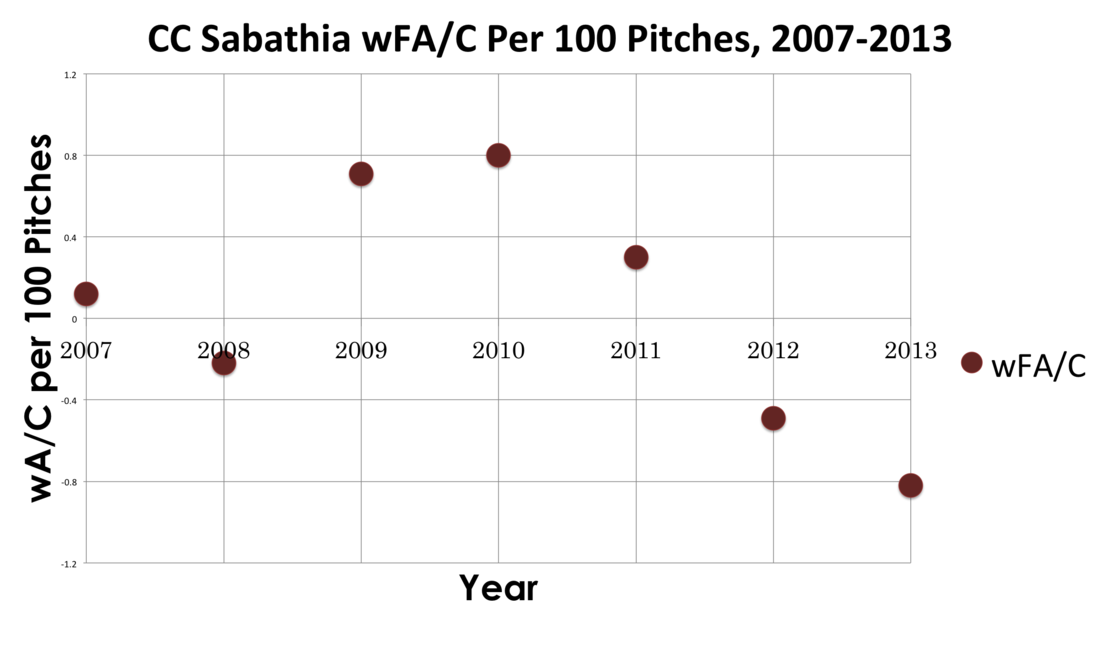 Again, Sabathia remained consistent from 2009-2011, but in 2012 Sabathia began losing effectiveness with his fastball as the velocity on the pitch dropped. In 2012 Sabathia cost his team .42 runs per 100 times he threw the fastball and .81 runs so far in 2013.

The next thing I wanted to do was see if Sabathia was getting fewer whiffs per swings on his pitches. To do that I headed over to the fantastic Brooks Baseball website.

His four-seam fastball and his sinker don't appear to have been affected, but his changeup and slider are another story. With his changeup, he's lost some fade on the pitch in 2013 but not enough to be concerning. While you can see that he has gotten whiffs on swings 3% less of the time, it's entirely plausible that it's a result of a small sample size, so we should be careful before we make any conclusions. His slider is also getting significantly fewer whiffs, but 35% is still solid. You should still be keeping an eye on it going forward, though. 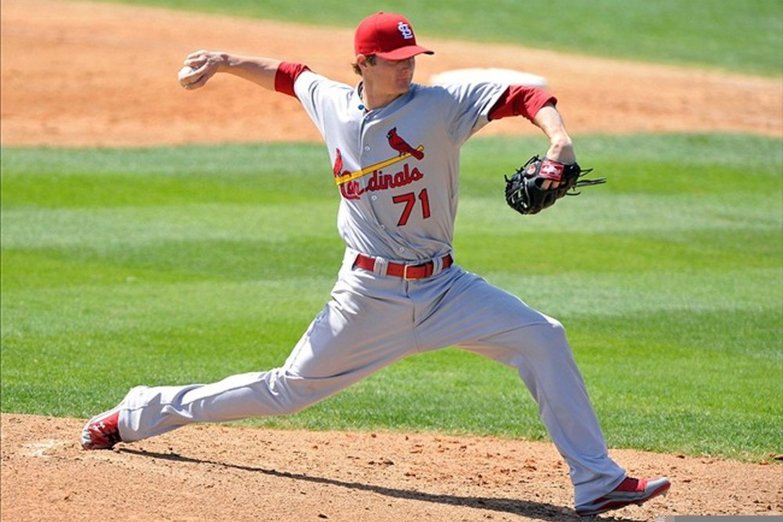 One thing to keep in mind is that Sabathia is still projected to finish with a solid year. He currently has 1.8 fWAR, and ZiPS currently projects him to finish with 3.2 fWAR. It's not the CC that we're used to, but that's still a solid pitcher. SIERA also likes him, given by his 3.66 mark, and it's no surprise because Sabathia is still maintaining a slightly above average K% while keeping walks to a minimum. Sabathia has also thrown a ton of innings. As of today, he's thrown the 5th most since 1970, so it's no surprise to see Sabathia slowly declining. It wasn't long ago that he was one of the best pitchers in baseball. Unfortunately all good things must come to an end, but if Sabathia can be a 3-3.5 WAR pitcher for the rest of his contract I don't think the Yankees would complain.

Thanks to FanGraphs, and Brooks Baseball for the data that was used in this analysis.

- The Next Cub to Go

- Above and Beyond the Call to The Pen