Above and Beyond the Call to The Pen

Not often does a relief pitcher throw more than one inning anymore let alone 6 times that. When it happens we should stand and take notice, so here's an ovation for the Nationals Ross Ohlendorf.

Share All sharing options for: Above and Beyond the Call to The Pen

Last Sunday the Nationals faced the Dodgers in the final game of the series between the two teams in Washington D.C. The pitching matchup looked positively scintillating as the game pitted arguably the best pitcher in the National League over the last 3 seasons in the Dodgers' Clayton Kershaw against Nats righty Jordan Zimmermann. The lefty Kershaw has outstanding numbers in 2013 posting a strikeout percentage of 25.3%, walk percentage of 6.0%, and FIP of 2.53 to go along with an ERA of 2.01. While Kershaw has been one of the most dominant pitchers in the majors this season, Jordan Zimmermann has held his own. Zimmermann walks few batters (3.7%), and owns an ERA of 3.01 and a FIP of 3.29. The stage was set, but as they commonly do, events didn't transpire in the exact manner one may have thought they would.

Kershaw pitched exceptionally well, throwing 7 innings giving up two hits, both solo home runs to Jayson Werth, striking out 9 Nats while handing out zero free passes. While Kershaw made mince meat of the Nationals subpar lineup, Zimmermann had quite the opposite experience with a Dodgers lineup that has recently packed a serious punch. J-Zimm lasted only 2 innings, facing 16 batters, surrendering 7 runs on 8 hits, walking 2, and striking out only one. Kershaw was masterful, Zimmermann had a day he'd like to forget, but the most fascinating aspect of this game began the game in the Nationals bullpen. 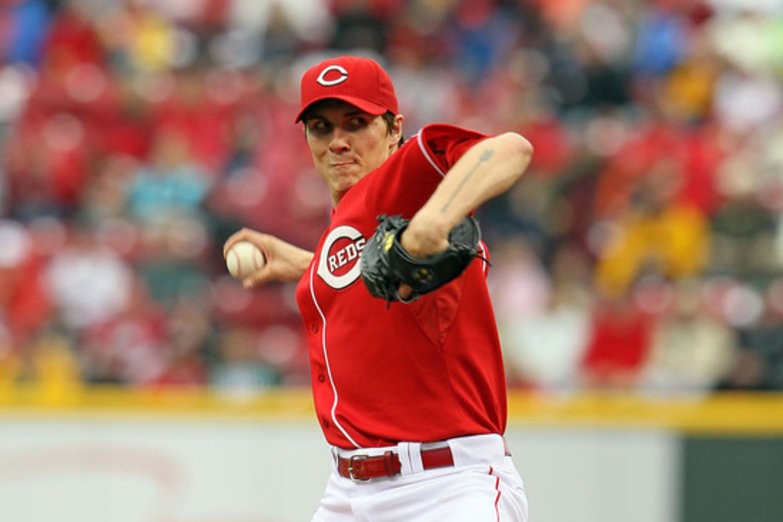 Ross Ohlendorf. Ohlendorf, once a starting pitcher for the Pittsburgh Pirates, now resides in the Nationals bullpen as the team's long reliever. Ohlendorf begin pitching in the third inning and didn't come out until the 9th. The righty, who now features a very old-school beginning to his windup, relieved Zimmermmann and essentially threw a quality start. He pitched 6 innings, gave up 2 runs, walked 1, and struck out 6. Relievers, even those in the specialized role of the "long man" rarely predict that their manager will call upon them to pitch for 6 innings in the middle of a nine-inning baseball game.

Oftentimes, when a game goes into extra innings, a manager will keep the one reliever in his pen that can most likely throw multiple innings out of the game in case one or two extra innings becomes 8. In cases such as this, like when the A's and Yankees recently played 18 innings in Oakland, relievers will come in and essentially become the second starter of the day. These appearances come due to the extended length of the game, make Ohlendorf's performance all the more impressive and rare. How impressive you might ask? MASN's Byron Kerr mentioned Ohlendorf's mid-game success in his write up of the game.

"Manager Davey Johnson, who made seven calls to the bullpen in the first two games of the series, was also pleased at the benefit Ohlendorf's long relief appearance provided with a four-games series against the Pirates arriving Monday."

"He saved the bullpen," Johnson said. "That was an outstanding effort. It was a good tune-up for Friday. He saved the whole bullpen. Bullpen was kinda beat up."

It's difficult, even for a manager, to find a gem in such a dreadful overall performance, but Johnson described his righty's performance accurately as an "outstanding effort." Ohlendorf had none of the benefits that Zimmermann had prior to entering the game from a both a physical and strategic preparation standpoint, he faced almost the exact same lineup, and yet despite lacking the overall talent that Zimmermann possesses, pitched far better than anyone expected.

So what Ohlendorf did constitutes impactful, but just how rare a feat was it? With a little help from both fellow BTBS contributor Bill Petti as well as Baseball-Reference.com's play index, I came up with a list of pitchers who had in relief thrown at least 6 innings in a game in which they allowed fewer than two runs. As the final qualifier, I excluded any pitcher who did so in an extra inning game. Since 1985, when the modern bullpen, filled with its myriad of idiosyncratic specializations, this type of quality relief appearance has occurred 201 times (or about 7 times per season). In fact, July 21st marked the third time in 2013 that a reliever had thrown 6 or more innings in relief and given up 2 or fewer runs. The other two pitchers to have done so in 2013 are the Diamondbacks Josh Collmenter and the Mariners Blake Beavan.

Notable pitchers to have accomplished the Ohlendorfian relief appearance include Dave Stewart, Randy Johnson, Dennis Eckersley, and Jamie Moyer. When Johnson did it in 2001, he pitched 7 innings, struck out 16 Padres, and walked only 1. Still, for a starting pitcher to perform in this manner, while extremely unlikely and still impressive, does not carry the same weight as when a relief pitcher does the deed. Starters sometimes get called upon in important relief situations on days in between starts in which they would pitch on the side or out of the bullpen, and instead get their work in on the mound in a game situation.

The most impressive appearance on the list I compiled took place in Oakland on May 31st, 1988. Yankees starter Al Leiter left the game after one batter due most likely to injury, and the Yankees manager Billy Martin replaced Leiter with Neil Allen. Allen came in and was the pitcher for all 27 outs. He threw 9 innings, striking out 5, walking none, and giving up only 3 hits in relief. Allen had at times been a starter in his career, but in 1988 he predominantly came out of the bullpen. The Yankees won the game 5-0, defeating a fairly formidable A's lineup that included Jose Canseco and Mark McGwire. Allen's 4.874 RE24 for the game ranks third on the list I compiled, but Allen was the only pitcher to come in and throw 9 full innings out of the pen.

Finally, since 1985, the pitcher to have pitched more than 6 innings in relief, give up fewer than 2 runs, and do so in a regulation nine-inning game the most is Eric King. King accomplished the feat 6 times in his career, a career that only lasted 7 seasons. King 4 and a half seasons as a starting pitcher, so his arm would have been more prepared for an extended relief appearance, but in both 1987 and 1988 when he made 4 of his 6 extended relief appearances, he did so as an assigned relief pitcher. King's career wasn't anything special, but he seemed to have a knack for coming into games and completing the relief-pitching equivalent of a quality start.

As time has gone on this type of relief appearance has faded away. When I performed the same search beginning in the year 1920, I found 3,233 occurrences, or about 35 per season. The advent of the modern bullpen completely discourages such appearances from happening, making what Ohlendorf did on Sunday all the more impressive. This fact became even more obvious when I shrunk the time from to all seasons since 2000. From 2000 to 2013 the 6+ inning quality relief appearance has happened 44 times (about 3 per season), and only one pitcher did it more than once (Brian Bohanon). These impressive and rare acts of relief are becoming more and more extinct, but often go unnoticed due to the situations in which they occur. Still, I salute you Ross Ohlendorf, you showed us something on Sunday that we rarely see in a game that on an almost daily basis brings about all sorts of new and fascinating acts.

Big thanks to Bill Petti for helping pull data for this piece. You can follow Bill on twitter @BillPetti.