The Yankees appear to be going after Alfonso Soriano, who would provide some power to an anemic offense. Makes sense right now, but will the Yankees ever sacrifice present for future value? Does that typical tradeoff structure even apply to them?

Share All sharing options for: The New York Yankees and Never Selling

These are not your typical Bronx Bombers. With injury after injury after re-injury, this aging lineup has resorted to should-be reserves such as Vernon Wells, Lyle Overbay, and Eduardo Nunez as regulars. If even a casual baseball fan was cryogenically frozen in 2005 and defrosted today to witness this Yankee offense, he would be shocked it actually would make perfect sense because Wells, Ichiro, and Travis Hafner would still be good.

Oftentimes, such dreadful production is reserved for rebuilding teams, which at least have youth on their side. We know that's not the case with these Yanks, having the highest average age in baseball at 30.6 years old.

With another trade deadline looming, the question remains the same for the Yankees: how can we improve the current roster? Alfonso Soriano has been strongly rumored as a potential trade candidate, and Jeff Sullivan at FanGraphs outlines how Soriano would replace Wells. In addition to the irony of Soriano and Alex Rodriguez's linkage, the move makes sense for the Yankees, for this year:

Soriano bats right-handed, and for a while, he’s produced. Right-handed batters for the Yankees, this season, have racked up more strikeouts than hits. Granted, it turns out that’s hardly unprecedented, so it’s not as impactful as it sounds. But Yankee righties have a .589 OPS. Next-worse is the Marlins, at .622. Yankee righties play in Yankee Stadium. The Yankees are thirsty for a right-handed bat that doesn’t suck, and it just so happens that Soriano’s an outfielder, like Vernon Wells.

Sullivan goes on to explain how Soriano's defense has improved, and despite the warts around his plate discipline and on-base percentage, he can still hit for power.

Over at ESPN, Dan Syzmborski outlines areas of needs for all contenders, also pointing to Soriano as a potential fit for New York:

Offense, offense, offense. The team was reportedly closing in on Alfonso Soriano at press time. Though Soriano was greatly overpaid by the Cubs in the contract he signed after the 2006 season, he's still a player who has some offensive value, thanks to the occasional home run.

My reaction to all this is... 'sure.' Soriano would be an upgrade over Wells, the Yankees are 3.5 games back in the wild card, and Sullivan points out that other reinforcements may be coming in Curtis Granderson and Derek Jeter.

Acquiring Soriano, and Beyond 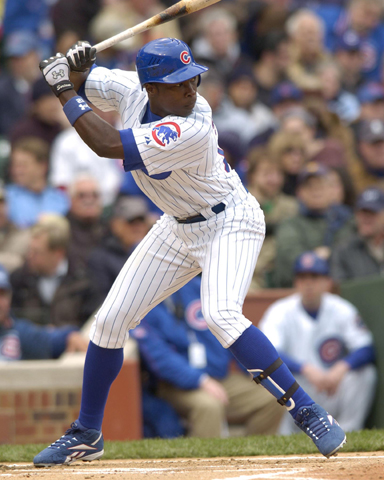 Pinstriped Bible's conflicted take on the Yankees buying or selling.

But if you take a step back, and think about an aging team that has one of the worst offenses in baseball, with some of the worst contracts in baseball, that faces an uphill climb for a playoff spot, and this team is buying a 37-year-old costly outfielder with no plate discipline?

That would have to be considered wildly unwise for virtually any other team in the majors. And yet we have very smart analysts in Sullivan and Syzmborski endorsing the acquisition.

I just have to wonder if this will ever change, as I can't remember the last time the Yankees were sellers at the deadline. Even the Red Sox, who haven't exactly shied away from the free-agent binge and deadline rental, reached a certain point of selling last year.