Are we ready for an MVP RE(24)volution?

Can a stat that gives us an idea of how a player has changed his team's run expectancy really point us in the right direction when talking about the MVP awards?

Share All sharing options for: Are we ready for an MVP RE(24)volution?

In sabermetric circles, it's fairly common to hear people deriding RBI as an inferior statistic -- one that doesn't exactly tell the full story of a player's contribution to the run environment. We hear (and say) things like "RBI doesn't effectively tell us about a player's overall offensive production" -- but too rarely do we talk about statistics that put a player's offensive performance into game context.

Well, most of us talk about it too rarely. Matt Hunter, one of our talented contributors, has been advocating RE24 for a while now, putting it atop his statistical March Madness bracket and using it in his personal value computation. If you follow the two of us on Twitter, you may think that we're in disagreement about all things sabermetric, but actually, I've come around a lot on his viewpoint that RE24 is undervalued and highly useful.

RE24, as per the description given by FanGraphs, is the amount of runs that is credited or debited to a player based on a change in run expectancy -- given the 24 base-out states. It doesn't take into account the score or the inning, which differentiates it from WPA, but it does take into account runners on and how many outs have occurred. In short:

RE24 tells you how many runs a player contributed to his team. 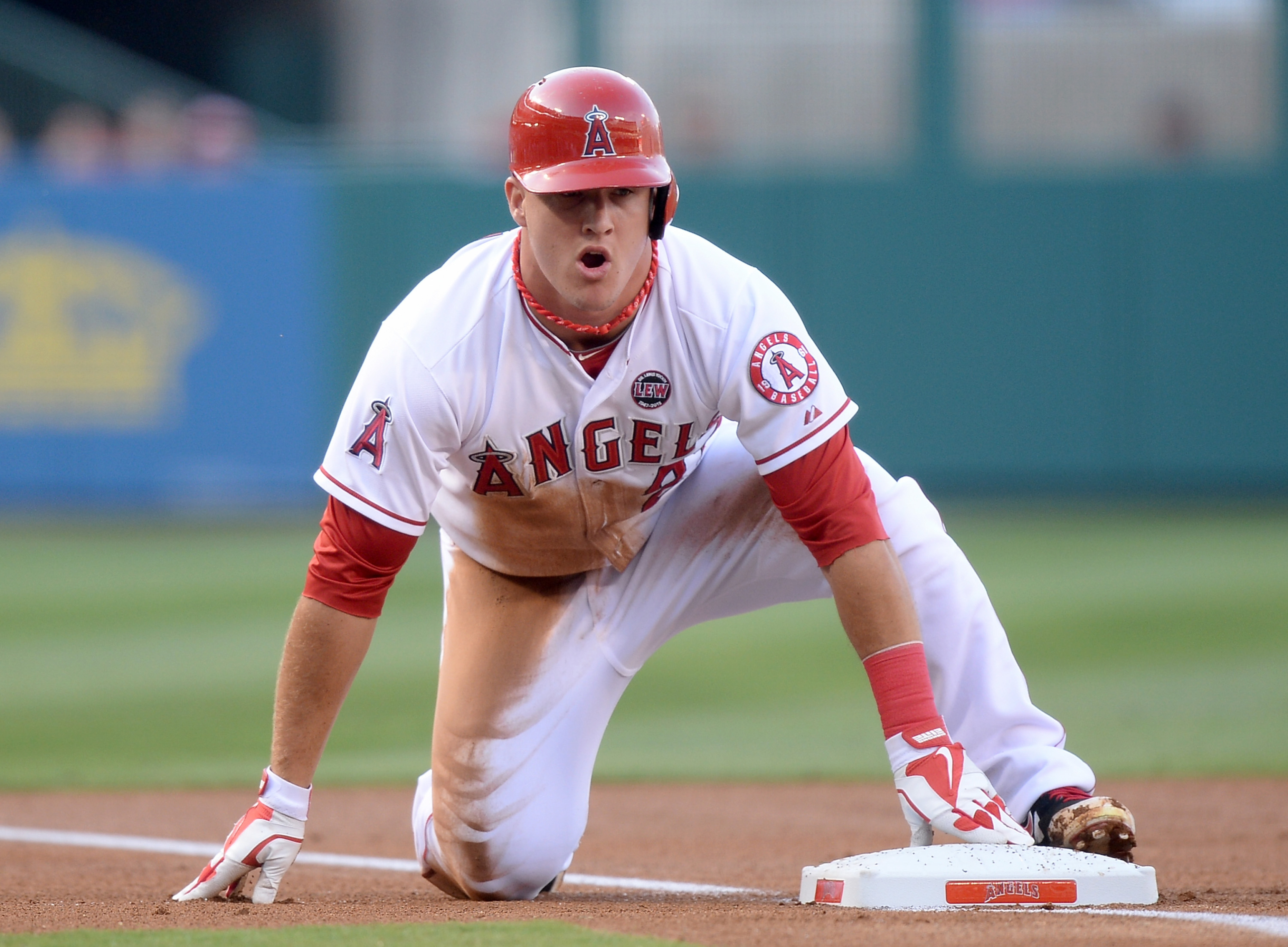 Matt uses RE24 as an input in his own personal value calculation, and names his choices for MVP of the first half of the season.

Compared to stats like TAv and wOBA, which are, effectively, context-neutral, RE24 has a different use. In many ways, it can be seen as a replacement for RBI -- or perhaps used as a cross between wins or runs above replacement and RBI -- when discussing context-dependent value.

So with Matt and Tom Tango advocating for more use of RE24, I'll take a few minutes to do my part: investigating how, recently, RE24 performance tracks with MVP voting. Oftentimes, RBI is used as a shorthand for clutch, or for overall offensive performance, and has often been used as an important statistic when the BBWAA picks their MVPs. So maybe we could examine if the past few MVPs were also leaders in RE24?

So, interesting. It's not always the leader in RE24 who gets the MVP love -- which is kind of obvious. After all, MVP voters probably aren't making this stat part of their decision-making process. But if context is what they value ... maybe they should? Some notes can be found below.

2012 - You can see that Miguel Cabrera placed fourth in the AL in RE24 in 2012 -- behind the league leader who you'd expect ... Edwin Encarnacion! Wait, what? Cabrera actually wasn't even first on his team, as Prince Fielder actually led the Tigers in RE24. Mike Trout, saber-friendly MVP candidate, came in a close second to E5.

2011 - This year, a non-hitter won the MVP, as Justin Verlander led the way. Verlander did lead all pitchers in the AL in RE24 (it works for pitchers too!), and pretty handily beat his competition. Miguel Cabrera and Jose Bautista were a close one-two in RE24 among hitters. 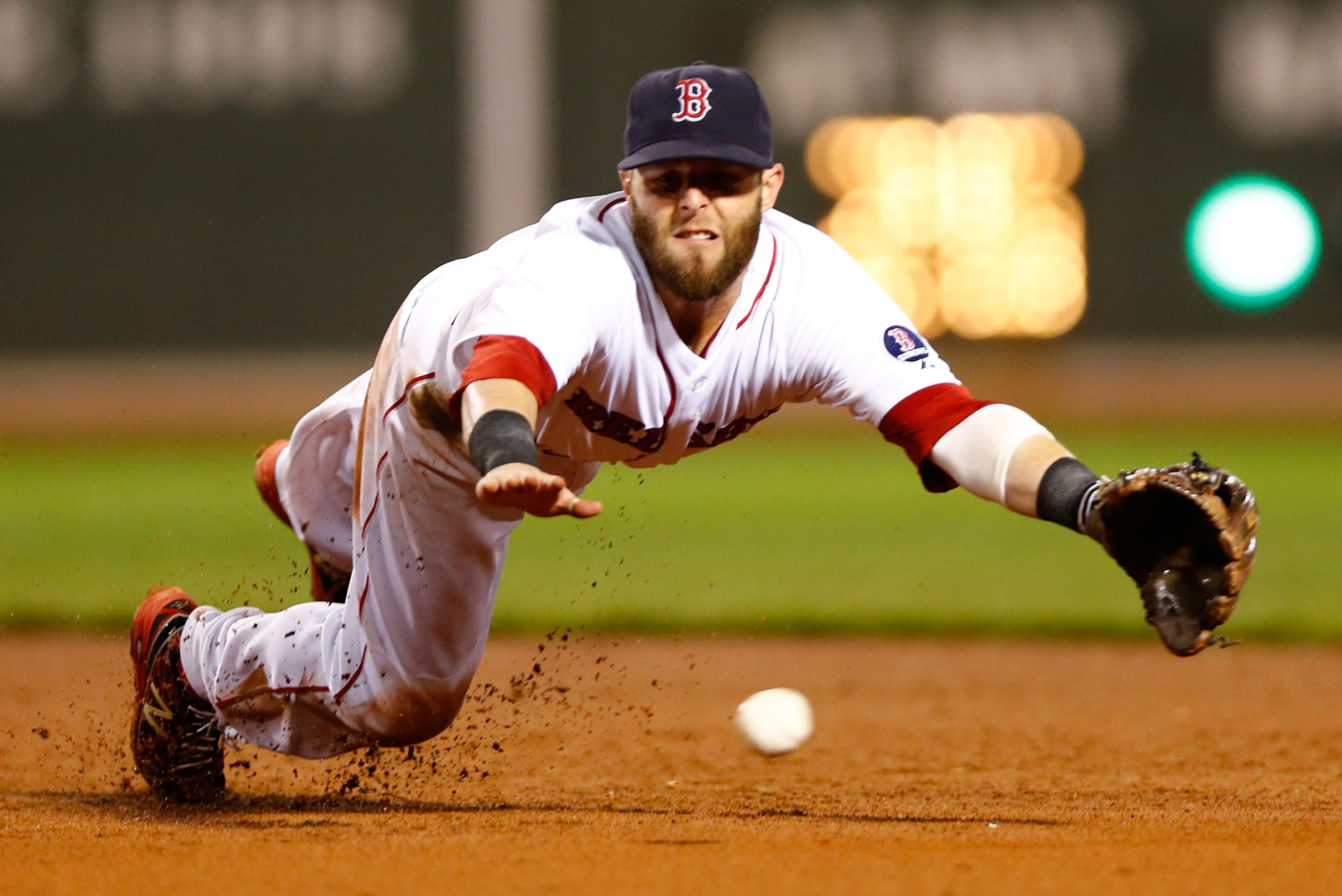 2008 - Dustin Pedroia won handily here, despite being 17th in RE24. However, Pedroia played very good defense at an important position up the middle and did good work on the bases while hitting nearly 30% better than league average. Of course, so did league RE24 leader Grady Sizemore (45.02 RE24), who was worth much more on the basepaths, and did many of those same things, except with a louder bat.

2004 - Vlad Guerrero -- not a bat-only player, but a bat-predominant player -- took home the hardware, despite having only the 11th-best RE24 in his league. Granted, his wOBA was among the tops in his league, but perhaps Melvin Mora would've been a better option, given his comparable wOBA and superior RE24.

2001 - Jason Giambi ruled over RE24 with an iron fist, absolutely crushing his competition. His bat was worth 90.60 runs -- only more than twice as much as MVP Ichiro. Granted, Giambi couldn't do half the things that Ichiro could do with the glove, but we're talking nine wins worth of offense provided by Giambi!

1999 - How did someone who really only sat 36th in the AL win an MVP award? Wouldn't the voters have recognized that he wasn't really helping his team win at the level that others were? Maybe not, especially when that player posts a beyond ridiculous stat line (35 HR, .332/.356/.558) while playing all-world defense ... as a catcher. I can see the case for Ivan Rodriguez being the MVP during this season, but it's awfully hard to reconcile his 12.84 RE24 with 113 RBI.

And then there's the National League:

Now that's interesting, right? With the exception of Jimmy Rollins in 2007, every NL MVP this century has been either first or second in the league in RE24. Some notes: 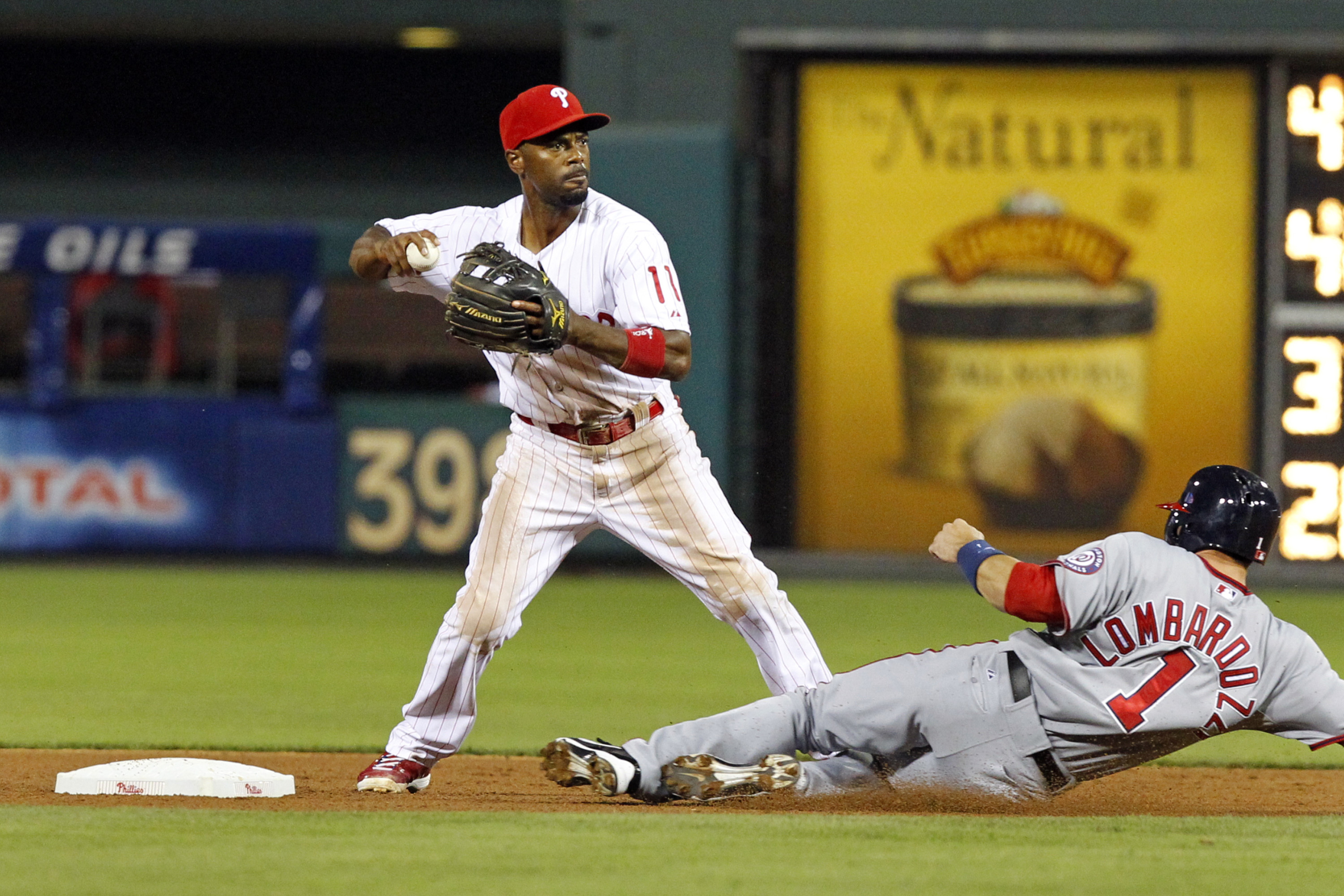 2007 - Rollins is in a similar position to the '08 Pedroia season, where his bat alone didn't carry him to the award. But again, I think that maybe another player higher up the RE24 leaderboard might have outstripped him. Teammate Chase Utley was eighth in the league in RE24 (43.12), and was a complete player in an important position, just like Rollins. And NL RE24 leader Matt Holliday (53.48) also had a very well-rounded season, despite playing in left field.

2006 - For all the hell we sabermetricians give Ryan Howard today, he really was one hell of a hitter during his MVP season. He was only second in RE24 to Albert Pujols by 0.07 runs, and he hit 58 bombs. I mean, sure, Pujols was still a better hitter by wOBA, and played better defense, and ran the bases better ... but this wasn't exactly an egregious selection.

2001-2004 - This is your monthly reminder that, no matter how good you think Barry Bonds was at baseball, he was actually better than you think.

1999 - Chipper and Jeff Bagwell had very similar seasons. Chipper played the tougher position, but Bagwell played his position better. Both had similar wRC+ numbers. Bagwell had a one-win lead over Chipper in RE24, but this also wasn't a voting tragedy.

1998 - I legitimately have no idea how Mark McGwire lost the MVP during this season, at least based on the stats. Please advise.

So yeah, that's a look at the past 30 MVPs through the lens of RE24. I'm fairly certain that precious few voters used RE24 as any sort of guideline for choosing the MVP, but it did seem to track pretty well with NL MVPs, and a bit less so with AL winners. I'm fairly certain that in most cases, it tracked well with the NL winners simply because the extreme, elite level of performance of guys like Pujols and Bonds sort of transcended the need for thorough statistical analysis. Greatness shows.

... oh, and in case you were wondering, the current leaders in the clubhouse for RE24 this season? Two guys who have very strong MVP cases: Miguel Cabrera and Paul Goldschmidt. I would not at all be surprised to see these two take home serious hardware during awards season.

Like I said earlier, I'm not sure it's a substitute for other offensive value metrics, but it is a pretty useful way to start looking at the context of a player's performance. In previous work, I've thought a lot about how to bring the disparate WAR metrics together to build a better framework for assigning value ... maybe RE24 has a place in that conversation as well?

Special hat-tip to Matt Hunter, for being an excellent statistical sparring partner on Twitter, and advocate for thinking differently. All statistics courtesy of FanGraphs.