The Red Sox and 2B Dustin Pedroia are in serious contract extension negotiations that look to be heading towards many more years of Pedroia in a Boston uniform.

With a little more than a week until the trade deadline, contending teams like the Pirates, Braves, Tigers, Rangers, A's and Dodgers crunch the numbers, deploy the scouts, and jam the phone lines (Or cell phone towers) conducting research and negotiations in order to make the final touches before beginning the home stretch. At the same time, teams with losses piling up and veterans to sell do their best to attain shining pieces to add to their organizations for present and future use.

All the while, a team such as the Boston Red Sox, or should I say, the first place Red Sox, have not only been focusing 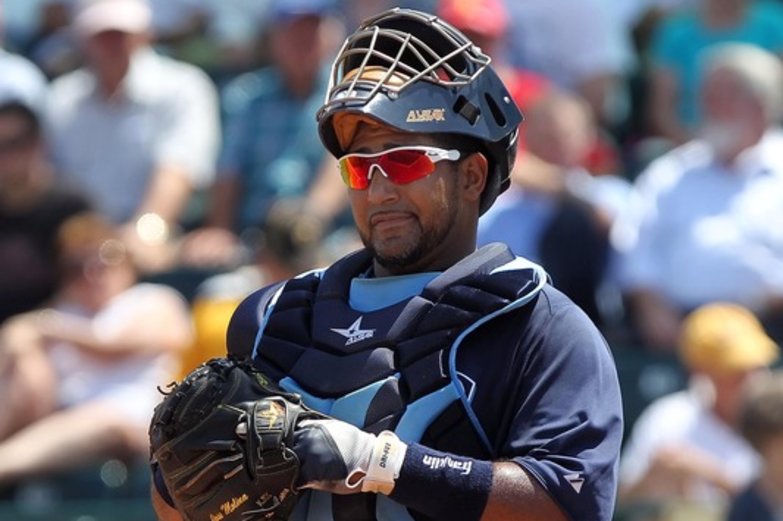 Andrew wonders what's next for Sabermetrics, and if the golden age is already gone.

on making additions for the playoff push, but have also been exerting effort into making another significant move. The Red Sox have been in negotiations with star second baseman Dustin Pedroia on a possible extension since the offseason, and it seems that those talks have hit full throttle, with numerous news outlets reporting that the Sox have made a significant offer to Pedroia and his agent. While the team waits for a response, and we wait for a decision, let's take some time to examine the theoretical implications of such a move.

Any follower of baseball can tell you that Pedroia's name belongs in a list of the top second basemen in the Majors, let alone the entire league. The Red Sox second baseman entered 2013, his 7th full MLB season, with great numbers for any player, let alone a top defensive position that lends itself more so than others to hampering injuries. He averaged 138 games played per season from 2006 to 2012, and currently stands on pace to play in at least 150 games this season.

Pedroia has always been an elite hitter, especially for a player without so many of the natural physical gifts bestowed upon so many MLB players. Despite his small stature and lean frame, Pedroia has remarkable bat speed, generated from his quick hands, strong forearms, and willingness to swing quite hard at most pitches he fancies. Speaking of swinging, Dustin has a very good eye, but also a knack for fouling lots of pitches off, allowing him to see more pitches, and thus find the one he likes best to put into play.

The results follow the approach with Pedroia putting up a career wRC+ of 120 while boasting a modest yet respectable career ISO of .154. Since 2009, the Red Sox second baseman has walked in well over 10% of his plate appearances, while simultaneously putting up a career K% of less than 10%. At the plate, Pedroia shows consistency from year to year, getting hits, taking walks, smacking some home runs, and scoring runs. He has also been a reliable base runner, compiling almost 20 stolen bases a season when healthy, which, combined with his otherwise average base running skills, makes Pedroia a positive force while on base.

Defensively, one only has to watch Pedroia play for a game or two to understand his value. Pedroia is one of the smartest baseball players in the league, seemingly always in the right place, making every play, and doing so for the most part flawlessly. Baseball Prospectus' Fielding Runs Above Average estimates Pedroia as a defensive asset in 4 out of his 7 seasons thus far. Using UZR and DRS, we see more striking numbers, including with a career UZR/150 of 9.6 and saving a run (according to DRS) about every 110 innings played in the field. Pedroia's defensive numbers at second base in his career fall short to only Chase Utley and Brandon Phillips, two outstanding defensive second basemen. Between his hitting, base running, defensive abilities, and consistency Pedroia constitutes one of the game's best players, and thus one the Red Sox would not want to let get away, hence the extension.

So, Dustin Pedroia's statistics back up the talk of an extension, but how does the business end look? Pedroia will enter the offseason at 30 years old, not out of his prime, but at a point in his career where his best years are most likely behind him. Players that make their livings using speed and quickness can often prolong their production for longer, and while Pedroia is no Kenny Lofton, he utilizes his speed and agility often.

Pedroia's current contract keeps him under team control for 2014, with a team option for 2015 at very reasonable prices ($10 million in 2014 and $11 million in 2015). Any extension proffered by the Red Sox would encompass those seasons, either by restructuring the money in 2014 and then adding on beyond that, or by taking on an extension to the 2015 season. The former move favors Pedroia a bit in that the average annual value of the overall contract would go up, but depending on the Red Sox financial situation in the upcoming years, the AAV and total dollar amount matter less than the number of years total.

In Yahoo! Sports' report of the extension talks, Jeff Passan mentions a figure:

"The Boston Red Sox and Dustin Pedroia are discussing a contract extension that could exceed $100 million, make him the game's highest-paid second baseman and could keep him with the team he has come to embody into the next decade, major league sources told Yahoo! Sports."

Passan goes on to discuss the matter of how many years the extension might include:

"The general framework of the contract could call for an annual salary in the $20 million range for a contract lasting five or six years - somewhere in the vicinity of the six-year..."

While $20 million per season might seem expensive for a somewhat beat up (his injury list isn't short, but it includes fewer DL stints than would seem probable at first glance) almost 30 year old second baseman, it actually might be just right. First of all, no matter how hard we hope front offices will base contracts around potential productivity, when veterans receive deals, those contracts also pay them somewhat for services rendered. Pedroia has won an MVP while a member of the Red Sox, he's helped the team win a World Series, and has made the club what I'm sure is a considerable amount of money. He's an icon in New England, with only David Ortiz rivaling his status amongst Red Sox fans on the club.

Using Fangraphs' calculation of dollars/WAR, which is based on how much money a player would be worth on the free agent market given his value, we can estimate that one fWAR is worth about $5 million. If Pedroia's deal falls out to about $20 million AAV, he'll need to be worth on average at least 4 fWAR per season over the course of the deal for the Sox to get the value of their checks. So far in 2013, Pedroia has almost eclipsed the 4 WAR threshold already, and 2+ months of baseball lay ahead. He's compiled 32.5 fWAR already in his career, only failing to reach 4 WAR in 2 seasons, one of which he only played in 75 games. Even with some attrition in overall production, Pedroia could easily be worth the money. More importantly, due to numerous other economic variables, one win could be worth less in the coming seasons, causing the contract to look only better from the team's perspective.

Why Resign with the Red Sox:

The first act of this piece discussed the extension from the team's point of view, but what about the player's standpoint? Why would Dustin Pedroia resign with the Red Sox, forgoing what will most likely be the best chance he has to make the most money at one time in his entire life? Other great players have shrugged off their teams once their contracts elapsed, only to find huge piles of cash to deposit in their bank accounts courtesy of antsy rich owners.

First, as was already stated, Pedroia is a New England icon. "The Laser Show," as numerous Red Sox fans refer to Pedroia, embodies everything Sox fans love about their team and none of what they dislike. Red Sox fans have been treated well by the baseball gods in the last decade plus, but those New Englanders remain hard-nosed, cautious, hustle-loving fans that want to see wins without the rest. This is a fan base that dealt with Manny Ramirez, Fried Chicken and Beer in the clubhouse, and the contracts, albeit not for long, of Carl Crawford, Adrian Gonzalez, and Josh Beckett.

These fans loved that 2004 World Series winning team not only for breaking the curse, but also for doing it in their own way, in a different manner than the Yankees who buy every shiny toy in sight, complain or gloat about every loss and win, and somehow, although not always, put up with insane personalities. Unfortunately, some of that culture crept into the Sox roster, but with recent purges, the team has come out on top, back in first place, with a team the fans can fall in love with all over again. Pedroia has remained a rock, a mainstay, the keystone of the Red Sox, ever since he laced up the spikes in the Majors. He represents everything Sox fans want in their baseball team, his teammates respect him in the clubhouse, and he has the support of the organization. Basically, the Red Sox second baseman is the trifecta, productive, loved, and respected, which usually makes for a solid extension candidate. I would compare him in this manner to Evan Longoria, Derek Jeter, or Yadier Molina.

Sure, Pedroia could probably eek out some more money from a different team, but the Red Sox have deep pockets, the potential for a very solid roster mixed with veterans and young talent, and fellow second baseman Robinson Cano already set to hit free agency this offseason, remaining in Boston fits Pedroia's current situation best. If he extends now, he forgoes any speculation going forward, basically sets a plan for the rest of his career, and will most likely end up going down as one of the greatest players of an iconic franchise. Overall, the positives of signing an extension, whether it now or at the end of the season, far outweigh the negatives of waiting and possibly signing for more money down the road. There aren't many better second basemen in baseball, and with the Red Sox change in baseball ops styles over the last year or so, all the pieces have fallen into place. I don't know exactly what an extension will look like, but if the team decides not to pick up the 2015 option, but instead to add on 5 years at $21 million per season with an option for a 6th, that would fit. In the coming days we should find out more, but for now, it seems like the Red Sox and Pedroia are a perfect extension match.

Thanks to Fangraphs and Baseball Prospectus for statistics used in this piece, as well as Baseball-Reference for contract information.

Ben Horrow is a writer for Beyond the Box Score, That Balls Outta Here and Summerpastime.