Chris Davis is valuable this year, but is he more valuable than a short, gritty, All-Star second baseman? Find out within. (And also, yes.)

Share All sharing options for: First Pitch 07/02/13: Breaking Out

Welcome to our second hack at a First Pitch. It's the daily game recap / column for the baseball analytics crowd but also for the Yasiel Puig fans but also for everyone.

One Quick Thing -- No One Is Allowed To Break Out, Ever

After hitting 31 home runs in something like nine games (It was 82? Same thing!) Chris Davis is being accused of using steroids / PEDs the same way that Jose Bautista was in 2010. Whenever a journeyman guy sees a massive uptick in home runs, it seems like the public jumps to the steroid conclusion.

Um, why? Davis has always flashed immense raw, scouts knew it, talent evaluators knew it, statheads knew it. He just couldn't act on it consistently before 2012. See the jump in walk rate this season? See how he's seeing less first-pitch strikes and swinging at less balls out of the zone? See the fact that he's hitting more balls in the air and posting a crazy-high BABIP? Those are tough things to pin simply on PED usage.

So, since last year, Derek Holland has seen a significant uptick in velocity -- a full mile per hour already from last season. Is anyone accusing Holland of using PEDs? No. Do you know why? I'm guessing it's because (a) he's not hitting home runs and (b) it is stupid to accuse someone of cheating with no actual proof. This isn't to imply that Holland is doping (that's the last thing I want to do -- and I'm frustrated that I'm even saying anything about this at all), it's merely to illustrate how it seems people cherry-pick players to accuse.

At the risk of getting up on a soapbox, aren't we beyond the point where we accuse people of cheating without, y'know, some sort of evidence? I'm sure it wasn't much fun during the Red Scare, and I'm not fond of it now. Baseball supposedly has one of the best testing systems for PEDs in professional sports, so don't we have to give some guys the benefit of the doubt, instead of asking whether or not they are cheating?

Well, what does Chris Davis have to say about this?

I'm a much bigger fan of objective analysis in baseball than subjective guesswork.

This is why we can't have nice things. 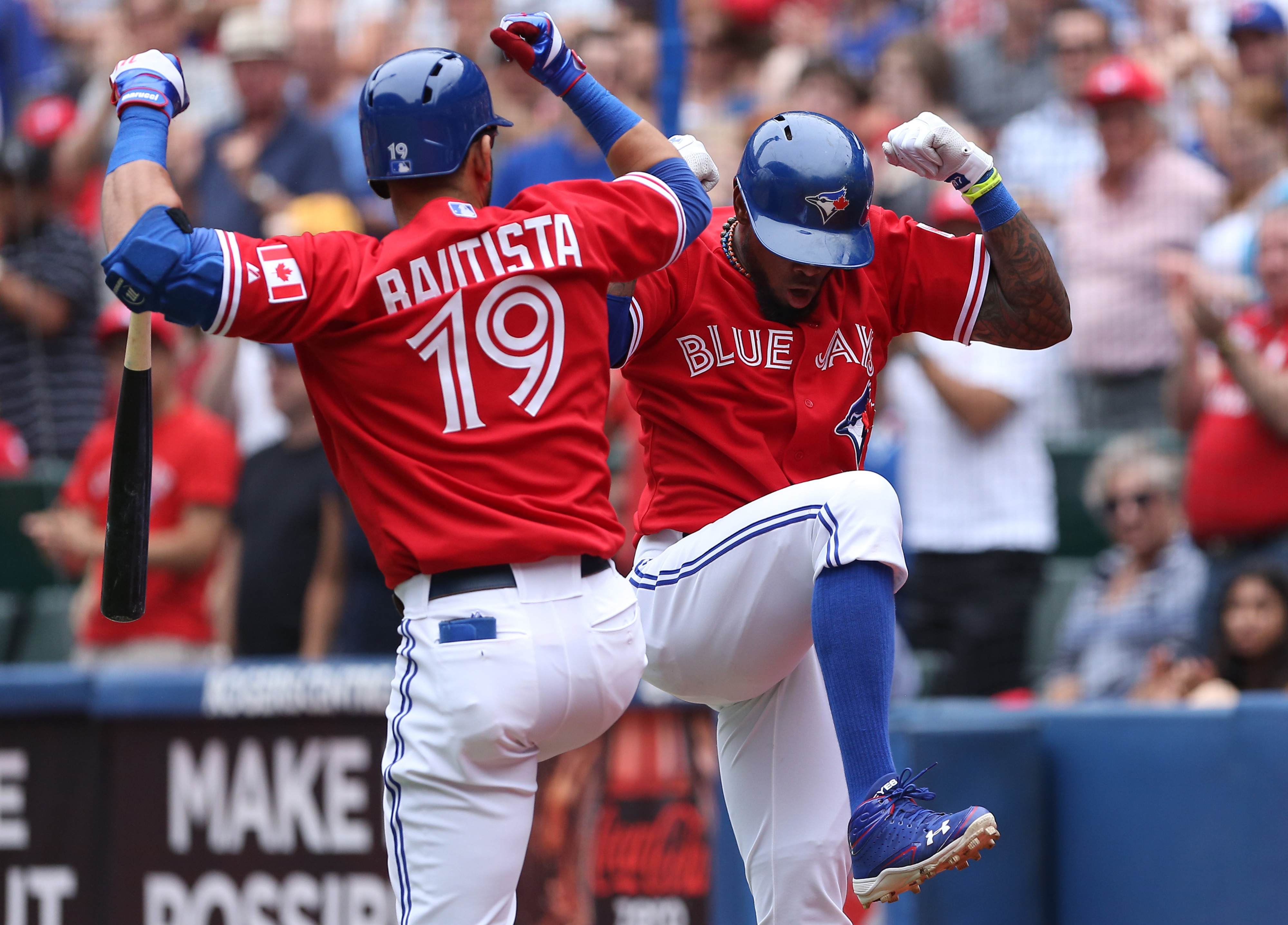 R.A. Dickey is fixed! might be fixed! He posted a solid seven-inning, two-run outing with four strikeouts. Jose Reyes homered for the second straight day as part of a three-for-five day, and Rajai Davis paired two hits with two stolen bases. On the downside, Josh Thole continues to make Blue Jays fans really, really hate him. Josh Thole: alienating fanbases through league-average play, one franchise at a time.

Also, Jose Alvarez just ate it in three painful innings. He even committed a balk. The brief but lovely honeymoon's over, Tiger fans. At least Anibal Sanchez might be back soon. Omar Infante went four-for-four with a home run, which will probably never happen again.

More on the Tigers at: Bless You Boys More on the Blue Jays at: Bluebird Banter

As bad as it was for Alvarez, Mike Kickham was worse. In just two and two-thirds innings, Kickham gave up seven runs on nine hits, basically just giving away this game. Kickham's ERA is up to 13.94 on the season, but his FIP is only 7.34 so silver linings?

The game was called after six innings, ostensibly out of fear of Mike Kickham. Todd Frazier of the Reds and Brandon Belt of the Giants homered, and in fact Belt registered one of only two hits against Cincinnati starter Bronson Arroyo. The other hit off him was a double, a double hit by Mike Kickham. Solution: move Kickham to right field, and start letting Brandon Crawford pitch?

More on the Giants at: McCovey Chronicles More on the Reds at: Red Reporter

Bryce Harper is back from the DL! Bryce Harper hit a home run in his first plate appearance back! The universe unfolds as it should. Between Harper's blast, six more doubles from Nationals hitters, and general ineffectiveness of Yovani Gallardo, the previously-impotent Nationals offense had a nice little breakout.

Jean Segura made two errors and went one-for-five, as he watches his WAR gently regress to something a little more believable. Juan Francisco and Rickie Weeks added dingers for the Brew Crew.

More on the Brewers at: Brew Crew Ball More on the Nationals at: Federal Baseball 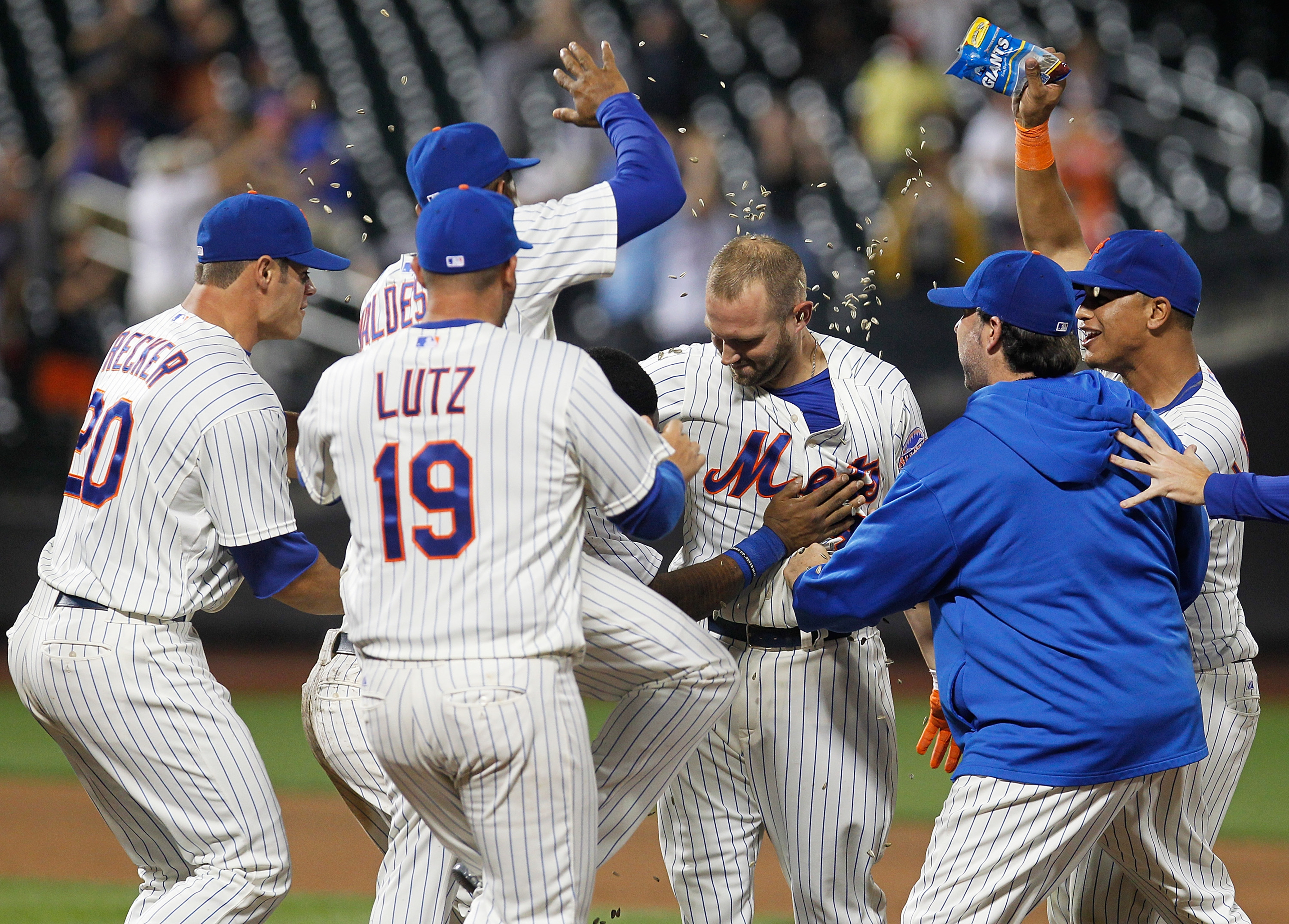 After the Diamondbacks scored on a Cody Ross homer in the top of the 13th inning of a tie game, the Mets came back to score two runs of their own in the bottom of the frame to win the game. Josh Satin, a favorite of the Mets blogosphere, hit two doubles and reached base four times in seven plate appearances.

While Wade Miley crushed the Mets in his five and two-thirds scoreless innings before being pulled, the Snakes' best relievers (Brad Ziegler, David Hernandez, and J.J. Putz) all gave up a run to help blow the game before Josh Collmenter gave up two runs in the 13th. And, unfortunately, outfielder Gerardo Parra had to leave this game with an injury after hitting his face on the warning track in the eighth inning.

More on the Diamondbacks at: AZ Snake Pit More on the Mets at: Amazin' Avenue

Even though Jason Marquis went four innings without giving up a hit, Jose Fernandez of the Marlins was the story of this game. Fernandez absolutely crushed the Padres, going eight innings and giving up only two hits while striking out 10.

Jeff Mathis, he of the terrible career batting line and the the grand slam that beat the Padres the other night, had the only extra-base hit against the Padres with a double, and reached base three times in four plate appearances.

More on the Padres at: Gaslamp Ball More on the Marlins at: Fish Stripes

Neither Andy Pettitte or Scott Diamond were particularly effective last night, but it was the Yankee bats, led by Robinson Cano, that loomed largest. Cano went three-for-four with two homers, a double, and a walk. Meanwhile, Pettitte became the all-time strikeout leader for the Bombers and the Yanks snapped a five-game losing streak.

There's gotta be something positive about this game for the lowly Twins, right? Chris Parmelee homered. Ryan Doumit and Brian Dozier had two hits. But hey, how about that Twins farm system, am I right?!

More on the Yankees at: Pinstriped Bible More on the Twins at: Twinkie Town

The Rays treated the Astros like my dog treats her chew toys: rough, and I wouldn't be surprised if there was spit all over them. Matt Moore shoved over his seven innings, striking out nine and walking three while giving up just two singles. The Tampa offense brutalized Dallas Keuchel and Paul Clemens on the backs of two Ryan Roberts homers, 17 total hits, and seven walks. Perhaps Roberts inherited the powers of Evan Longoria?

The Astros' idea of a positive event from last night was probably a passed ball by Jason Castro. What an awful performance.

More on the Rays at: DRays Bay More on the Astros at: The Crawfish Boxes

Dustin Pedroia is my first-half AL MVP, as I told @FOXSportsDet today. 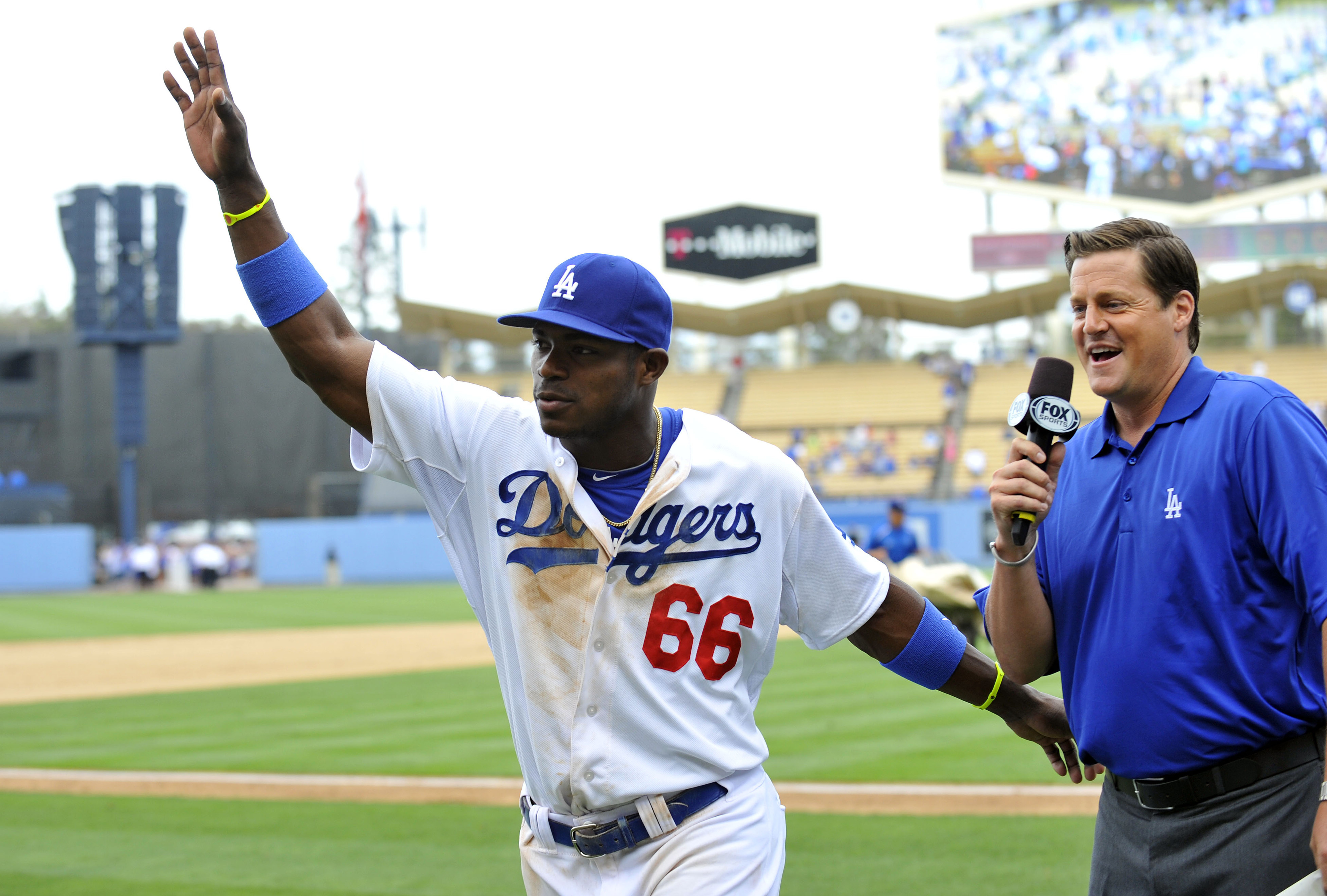 Opposing Starter: None, Day Off