The Competitive Balance Lottery is in its second year of existence under the current MLB collective bargaining agreement. Already, this system is showing its severe flaws.

The most recent collective bargaining agreement (CBA) was meant to champion small market teams. Efforts were made to block big market teams from using modern strategies to expose flaws in the old system--see Red Sox, Boston. A part of the new CBA is a "Competitive Balance Lottery" meant to spread out extra picks based on revenues and market sizes. This is where the system already starts to fail.

Why Exactly is it a Lottery, Again?

This is the biggest question surrounding this system. Why are competitive balance picks part of a lottery? In the NBA, the lottery system is used to block teams from intentionally "tanking" and getting the best pick in the next year's draft. As far as this case is concerned, tanking is not feasible. Intentionally losing money to get extra picks isn't a philosophy that any sensible ownership group is going to take on. Nobody will "tank" in revenue, and there's no way to physically change market size within reason per the abilities of the team.

So what is the logic behind the lottery? Why randomize the picks? If the goal is to even things out, then the smallest revenue teams and smallest markets should get access to the best picks. Period.

Why is Market Size a Factor?

So then why exactly is market size used? If the end goal here is to use picks to benefit teams with revenue deficiencies, then why is market size a factor? It is completely plausible that a team sees monstrous success in a small market--see Cardinals, St. Louis.

The Placement of the Picks

When teams go to pick in the draft, there are only so many picks that typically lead to any kind of value. After digging and searching, it is found that the cutoff is at roughly the 50th overall pick. Now, the competitive balance lottery splits picks into two places: after the first round--including free agency compensation--and after the second round. 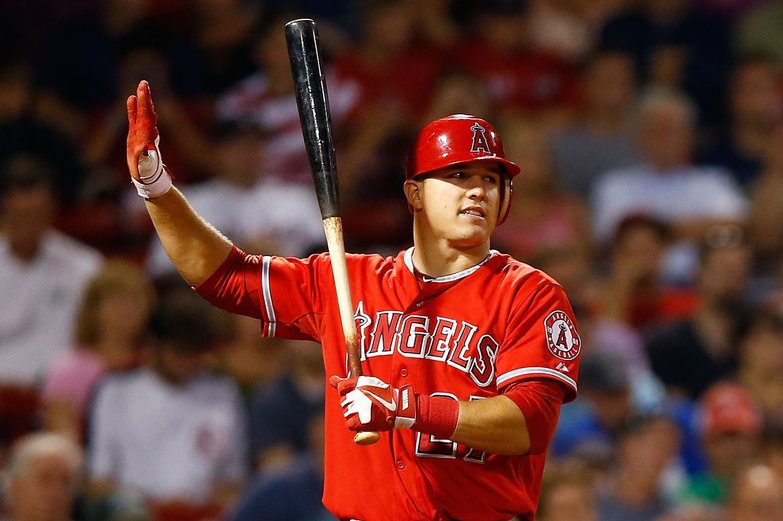 When researching the draft, start with this guide.

In short: calling these picks driven by "competitive balance" is a false label that is nothing more than a show. There isn't very much value in the picks. When the league adds that they can be traded, it's about as useful as being able to trade middle-tier guys who might never make a MLB team. The point is that the picks don't hold much value at all, and they certainly don't do anything to make up for something like revenue deficiency.

Now for some numbers borrowed from the "Next MLB City" Series--via the US Census Bureau and from Forbes.com:

This graphic is a great example of just why market size should not be a determining factor. While a team has limited control over the market it is in and how it markets its product, it does not have any control over the way the market interacts with the team. As mentioned in the article from "The Next MLB City", the greatest determining factor in attendance is winning.

Thus, even though the Astros, Marlins, and Padres are in healthy markets in terms of size, they are near the bottom in terms of revenue. In the case of Tampa Bay, they are simply stuck in a bad market courtesy of MLB awarding an expansion franchise to the Tampa Bay area. Now, to get to the results:

Since when do the Cardinals do anything but win and make bunches of money? Yes, they are technically in one of the ten smallest markets. At the same time, they are also in one of the healthiest baseball markets in America--which is why they are currently valued at the number ten spot on Forbes' list of most valuable MLB franchises at 716 million dollars.

The current system makes no sense.

To fix the problem, there are three steps that are necessary to take:

Step One: No More Lottery

The goal here is to help promote parity and assist in recovering from revenue deficiencies that certain teams face. In this system, the Oakland Athletics got no picks even though they have the third-lowest franchise value and made the third-smallest amount of revenue in 2012. Part of this was because they only got entered into the system once--thank you to market size--but it was also because the system is a lottery. If the goal is to help create balance, then give the best picks to the teams that are in the worst financial situations.

The reason for including franchise worth is this: if a franchise is valued at a high number and the team isn't making a lot in revenue, then that is the fault of the management of the team. A team should not be awarded picks simply because they are poorly run. Picks should be awarded based on need and factors that are largely outside of an organization's control.

Step Three: Move the Picks Up

The second round of Competitive Balance picks are too far down. At their current place--between picks 69 and 73 in the draft--the second group of picks doesn't do much of anything to help increase a team's chances of winning. An optimistic situation would be roughly one win of value out of the player's career. Going by the numbers, the only way the picks would make much of a difference is if they were in the top 50 picks in the draft.

Getting those picks in the top 50 isn't exactly difficult, either. After the first round, first round compensation, and the first group of competitive balance lottery picks, we arrive at pick 40--the beginning of the second round of the draft. It would be incredibly easy for the league to move the five picks from the second round of competitive balance picks up into picks 40-44. This puts the picks inside of the top 50 and actually generates decently significant value.

Putting It all Together

In defense of MLB, this is the most difficult part of the process. What should be given the biggest recognition in calculating who should be given competitive balance lottery picks? To test this, three key variables are related to 2012 wins: franchise value, 2012 revenue, and win total over the past five years. Value and revenue are used because they are believed to be the most significant financial factors at play. Win totals are used because acquiring wins is a combination of several variables ranging from resources to management to luck. If there isn't significant roster turnover, then win totals will likely not greatly change from year to year.

When these factors are put into play, we get a calculation that looks like this:

Using this system, here are the ten teams that would have received competitive balance picks in 2013--this would also be the order they are handed out in: 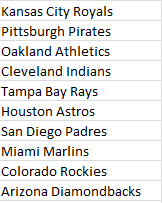 Suggestions in the comments below are welcomed.

The current Competitive Balance Lottery doesn't make much sense. It uses ineffective variables such as market size and the random nature of a lottery to award picks to teams. By the current system, teams like the Cardinals are awarded extra picks and teams like the Athletics are left without compensation for their current financial situation. Fixing the system is rather easy, too.

The league needs to ditch the random nature of the lottery and use more efficient variables such as team value. In addition to this, picks need to be moved higher up into the draft in order to create additional value and actually work towards fair compensation. If and when this is accomplished, the league can call the picks true "Competitive Balance" compensation.