The only baseball game on last night was a pitching showcase masquerading as an All-Star Game.

Hey! Did anyone hear anything about the All-Star Game last night? If not, then you're in luck!

One Quick Thing -- Scattered Thoughts on the All-Star Game

Instead of covering one quick thing, I'll cover a few quick things that crossed my mind during and around last night's All-Star Game.

I don't know if it's just because I'm a fan of one of the team, but this All-Star Game seemed to celebrate the players from the city of New York a little more than the game usually does. I know it's kind of a unique situation, with Mariano Rivera being on his "farewell tour" -- but Robinson Cano got a lot of play in the media as well. And don't get me started on my Mets -- David Wright was basically held up as an example of all that was good and wholesome in America. He got to hit fourth in the starting lineup. He was lauded for choosing Michael Cuddyer in the Home Run Derby, despite that being a wildly weird choice. Announcers went out of their way to describe him as the "ambassador" and "host" for the game. And Matt Harvey had his official coming out party, complete with a Jimmy Fallon sketch that went viral and a thousand adjectives to describe his fastball.

Don't get me wrong. In my view, guys like Cano, Harvey -- and especially Wright and super-especially Rivera -- deserve to be lauded, and made special occasion of during an New York All-Star Game. It just seemed like a bit much at times, in my personal opinion. Let's not get too carried away here.

Welcome to the New Run Environment

When you take the best starting pitchers in the world and set them up for one-inning (or less!) stints, I suppose you can't be too surprised to see a low-scoring game. But then, take into account the unprecedented strikeout rates we're seeing, the depressed offense in our current run environment, and park the game in a pitchers' park in Citi Field, and is anyone surprised that we saw an exceptionally low-scoring game? Two of the three runs in the game were "manufactured" runs that relied on situational hitting / sacrifice, with only the final run coming on something that resembled decent offense.

I'm not sure if that kind of baseball is your cup of tea or not -- it works for me, because pitching and defense are awesome -- but it sure seems different than the bomb-after-bomb games of the past. I certainly don't have a problem with it, however I'd expect next year's game, set in Target Field, might be more of the same.

Who Gets to Play?

I was also kind of surprised that each team basically only used one reserve at each position during the game, with the exception of the AL second base issue, brought on by Robby Cano's removal from the game in the first inning. All-Star rosters are absolutely stacked with plenty of guys, and I'm pretty sure I remember games in the past where three or more players would be cycled through at any given position. Again, I really don't see it as a problem, more of something that will appeal to some people (the ones who want to see the starters play and third-tier guys sit), and be less appealing to others. But part of me was disappointed that I didn't get to see a first-timer who may never make another ASG, specifically the Astros' Jason Castro, actually get a chance to catch an elite pitcher. Knowing his team, that might never happen again.

But hey, Steve Delabar got in the game, and I think that's kind of cool. (Even though I disagree with how he was selected, you can't help but be happy for a guy in his position getting to be part of this thing.) "Cool" and "interesting" should be what the All-Star celebration is all about. 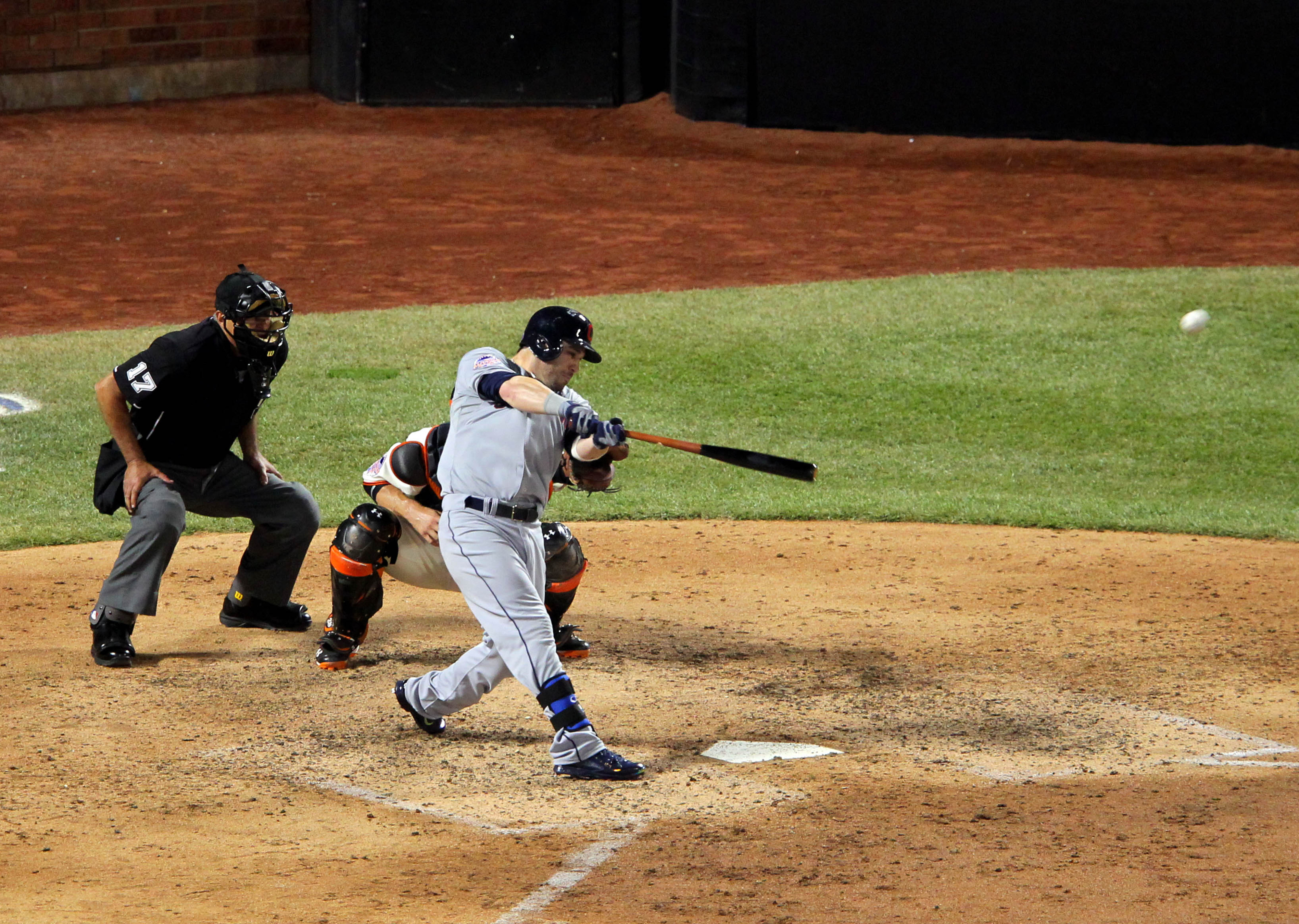 As I mentioned above, pitching ruled the day in an offense-free 2013 All-Star Game. Did any player reach base multiple times? Nope. Did the AL score two of their three runs on a sac fly and a fielder's choice? You better believe it.

Jason Kipnis had what I'd consider the second-most interesting hit of the night, slamming an RBI double in the eighth inning off of Craig Kimbrel, to plate Sal Perez and give him the highest WPA of any offensive player (.062). The most interesting hit of the night award goes to Prince Fielder who, naturally, hit a triple (weird) off Jason Grilli (also weird). That's how you know it's an exhibition game. And all the AL pitchers were stellar, especially starter Max Scherzer and "long reliever" Chris Sale, who went two innings and made Carlos Gonzalez look like a fool with his slider. Oh, and both third basemen -- Manny Machado and Miguel Cabrera -- made strong fielding plays during the game. One of these things is not like the other.

On the NL side, virtually no one got a hit, as only three were given out during the whole game. Paul Goldschmidt got the only extra-base knock with a double off of Joe Nathan in the ninth, giving the NL a glimmer of hope that was then summarily crushed. The pitching on the NL side wasn't half-bad either, with Matt Harvey settling down after a Mike Trout leadoff double and hitting Robinson Cano to strike out three in two innings of work. Another young pitcher, Jose Fernandez of the Marlins, looked sharp too -- striking out two in his inning of work.

Mariano Rivera won the game's MVP award, ostensibly more as a lifetime achievement award rather than due to his on-the-field accomplishments, but given the dearth of impact offense or multiple-innings pitching, I'm not going to complain. Rivera's awesome, and he did throw a one-two-three eighth inning.

More on the All-Star Game at: SB Nation MLB 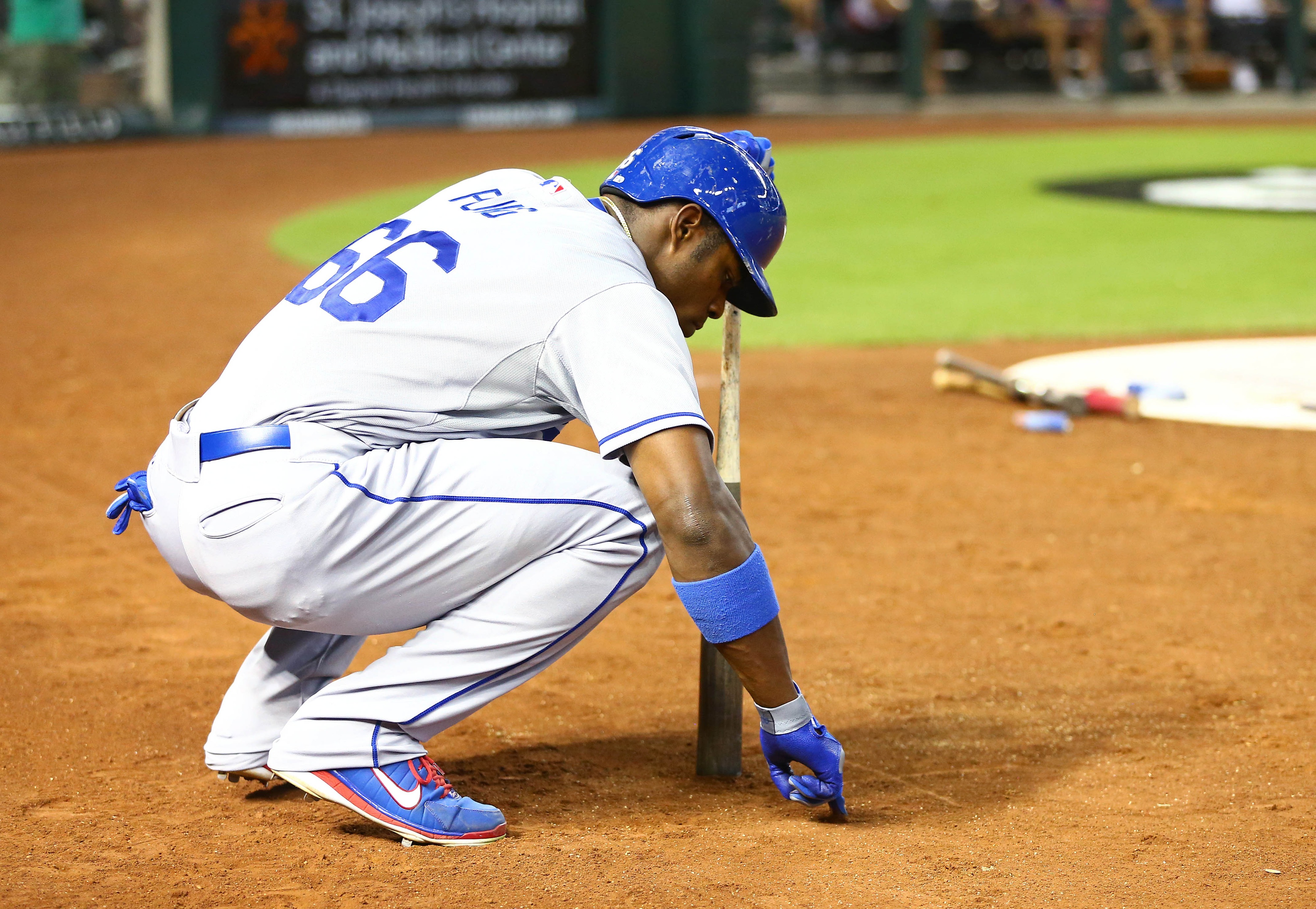