This week in First Pitch, let's take some time to talk about players for whom mediocrity would have been enough this season.

Hello there, fans of baseball and fans of dingers. After last night's Home Run Derby, I'm sure folks are ready for some All-Star Game action. But first, let's talk about a different class of All-Stars.

Judging from the release of World War Z, half a dozen new undead-themed video games, and more books that you can shake a decomposing limb at -- we're probably somewhere in the middle of the tail end of a zombie zeitgeist. While I'm more of a Shaun of the Dead guy than a George Romero fan myself, I can appreciate a good zombie here or there.

So, in honor of our impending apocalypse (or, y'know, not) I'd like like to present 2013's Zombie All-Stars. To me, these are the guys who have risen from being decomposing corpses (bad-to-mediocre players) to shambling around with at least a semblance of life.

The Rays obviously have a trick up their sleeves, acquiring hit-tool heavy first baseman with a glove, and then prodding them into career years with the bat. It worked for Casey Kotchman (a player I've compared Loney to in the past) and now it's working for Loney, who's posting a sharp 2.2 fWAR after never having posted more than two wins above replacement in a full season prior to this one.

The Orioles' second baseman has more wear and tear on his body than most undead abominations. The long-time Baltimore pivot finally appears to be healthy-ish, and after a combined 115 games over the last three seasons, there's a non-zero chance he could finish the rest of the season without heading back to the DL. He's not playing better than "okay" now, but he's still the best option the O's have at second -- and he's finally getting to contribute to a winning team with a decent shot at the playoffs.

Okay, this one's a bit of a stretch, but it's pretty tough to find zombies in the infield* these days. But Johnson, coming off two disappointing seasons where he couldn't hack league-average with the bat, has turned back into a useful utility piece for the Rays. He's already logged 13 homers, and if Evan Longoria gets injured again, he's probably the go-to guy at third in a pinch.

[ * - Zombies in the Infield is a direct-to-DVD sequel to Angels in the Outfield. If you do find it, I do NOT recommend watching it.]

If third base was a tough position to find, shortstop is worse. Believe it or not, there aren't a lot of veteran shortstops in the league who're seeing a resurgence. But Cody Ransom used to be a shortstop, and he played one game there this year. Despite doing hardly anything of note in a 12-year career bouncing around the bigs, Ransom has somehow found a way to put up a 146 wRC+ in limited action ... in his age-36 season. Good for him.

... and, if you're wondering, Munenori Kawasaki hasn't been around long enough to qualify as a zombie.

It wasn't too long ago that Carl Crawford kind of epitomized everything wrong with the Red Sox, but now he's back to doing a slightly-slower impersonation of his Rays self. He's playing well enough to block Joc Pederson (at least for a while) and, most importantly, getting the plate appearances he needs. Having been a fan of Crawford for some time, I hope he stays healthy and productive for a while longer.

2010 was kind of a breakout season for the mercurial Rasmus, who is still only in his age-26 season, but appears to have lost much of his prospect sheen after two consecutive disappointing seasons. Nevertheless, Rasmus has been an anchor for the Jays this year, combining very solid defense (at least according to the big advanced metrics) with some serious power (16 HR). It may have been a mistake to write him off just yet.

No player for 2013 is more zombie than the Mets' starting right fielder. Last year, Byrd was basically a joke. He hit about 75% worse than league average on two disappointing teams. He was suspended for 50 games for taking performance-enhancing drugs (either they didn't work, or his performance without them would have been REALLY bad), and was basically cut loose with nowhere to turn. Enter the Mets, and their outfield of schadenfreude. Now Byrd is a legit trade chip, and a capable fourth outfielder with a little power and defense.

More Mets! Buck was kind of an afterthought in the Dickey-for-d'Arnaud deal, but while the Mets' presumptive catcher of the future was slowed by injury, Buck started the season aflame, hitting nine homers in the first month of the season. Like any good zombie, Buck appears to be slowly decomposing, but showing a final flare of energy in this month of July, wielding a 132 wRC+ for the month at the time being.

We're not entirely out of the woods yet, but this year Justin Smoak has looked less like a colossal bust, and more like a league-average first baseman / designated hitter. Sure, he's benefitting from a .331 BABIP, but he's also sporting a very nice .372 OBP and hitting for a little bit of power. Just when you thought it was safe to cut him and rely on Mike Morse / Kendrys Morales / Jesus Montero, he's back.

Stults flitted in and out of the Dodgers' major-league club from 2006 to 2009 without much success, missed a full season in 2010, and somehow turned up in San Diego last season. But ever since he hit San Diego, he's found a way to get outs, and with a 3.40 ERA and 3.32 FIP, he's turned into the unlikely ace of the Padres staff.

Oh, Ollie. The former Mets starter and walk aficionado has turned into a pretty killer lefty out of the bullpen. The trick appears to have been a move out of the rotation and into the bullpen, but this season he's striking out 34.5% of batters faced, as compared to just 19.5% from last year.

So that's it. Let me know your thoughts in the comments, especially if you think I missed someone. 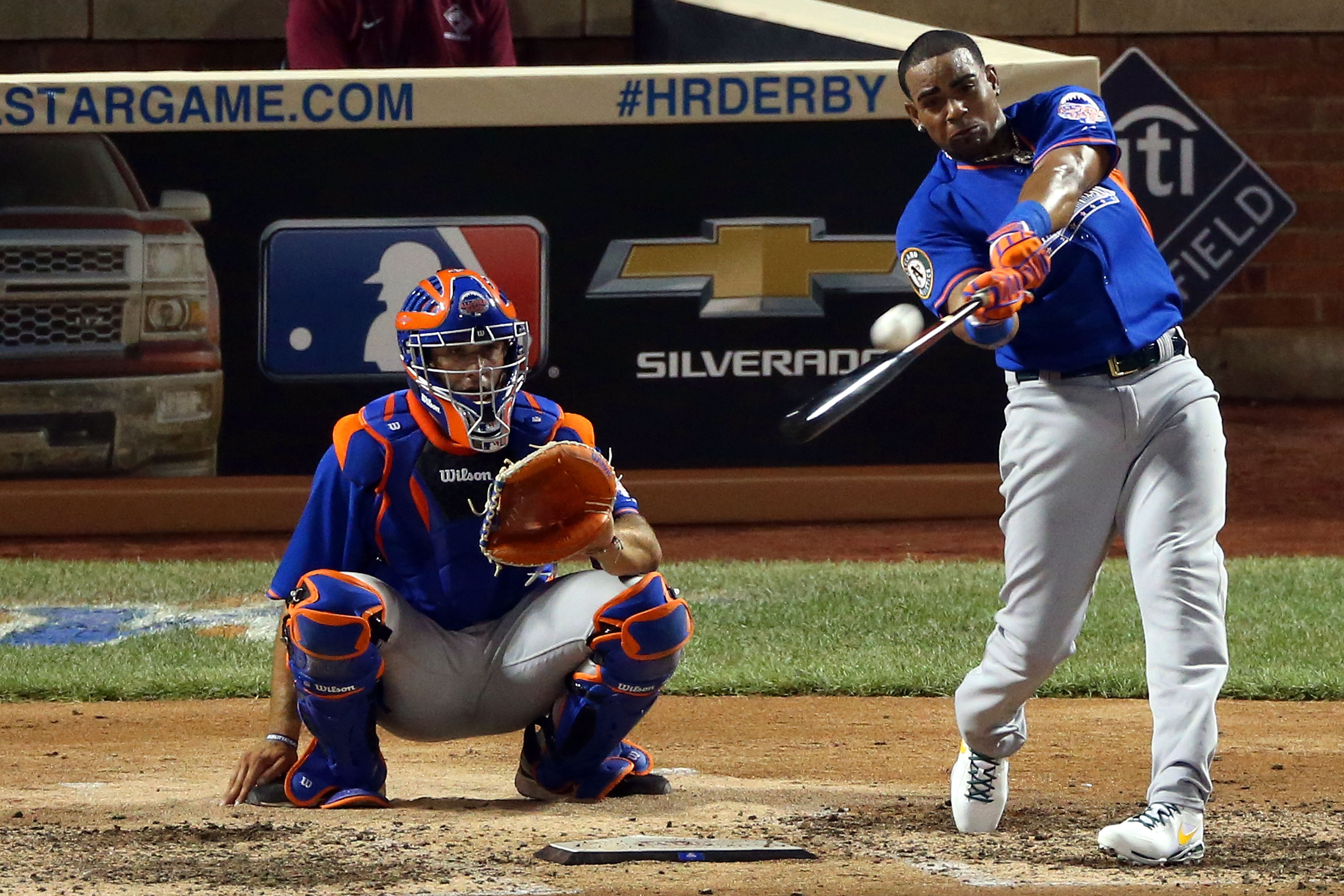 Yoenis put on a show last night, winning the 2013 Home Run Derby despite, y'know, not being an All-Star. (But for the record, I voted for him!) His first round was super-great, powering some serious shots over the left field wall and racking up 17 bombs. Yoenis took down Bryce Harper, who is also awesome -- and was also a rookie last year -- in the finals, as Yoenis topped Harper's eight homers with five outs still left to go.

The semi-finalists were Michael Cuddyer -- who put on a better show than I expected -- and Chris Davis. Davis mentioned that he started getting a blister during the second round, which gives us all a compelling narrative if and when he stops hitting after the All-Star break.

More on the All-Star Game at: SBN MLB's ASG Section 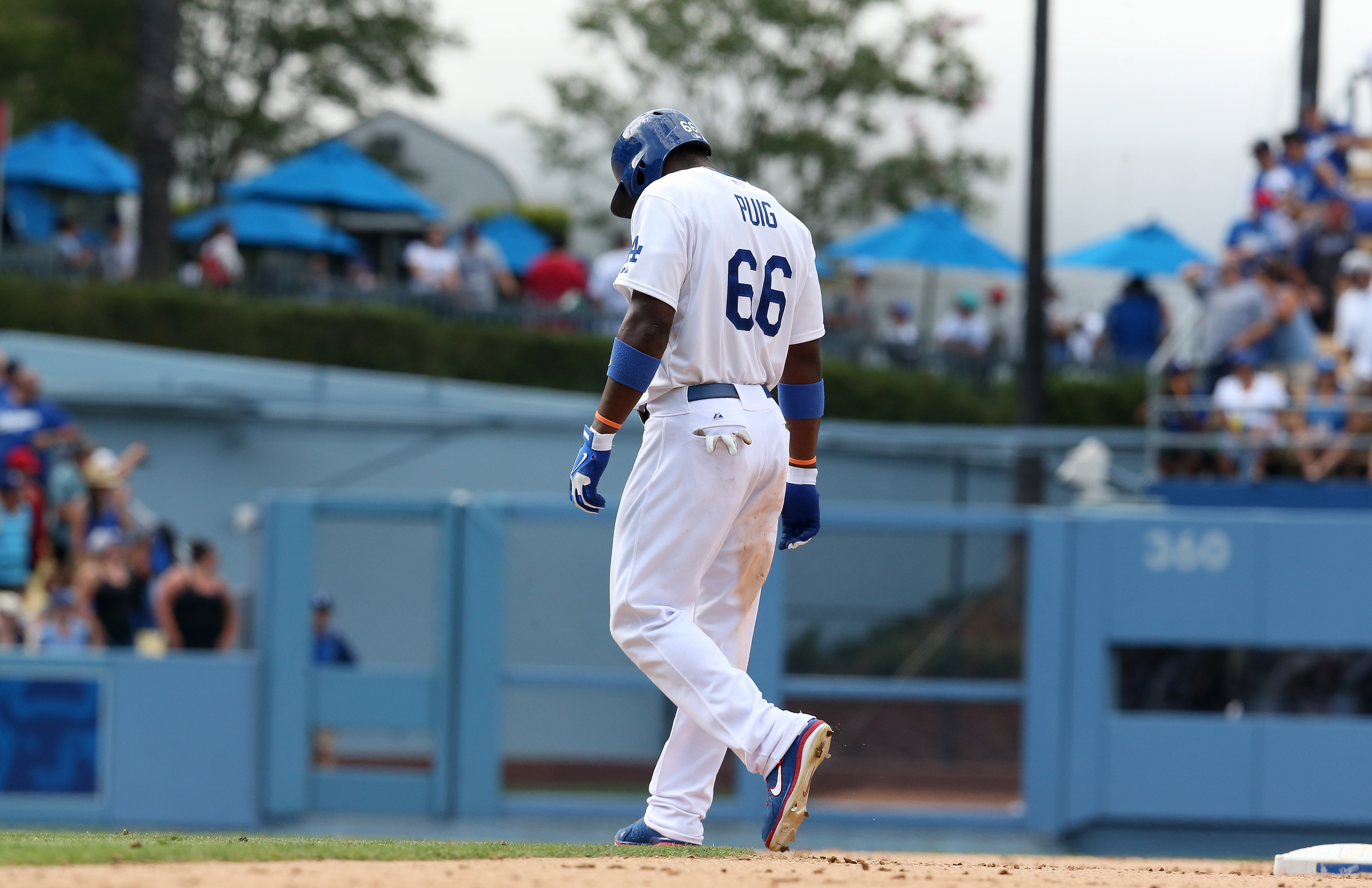 Today's Puig Status: Still not in the All-Star Game -- or the Home Run Derby.

So that's it! Don't forget to follow up with feedback, and we'll see you tomorrow after the big exhibition!