How impressive have the home runs hit by 2013 home run derby participants been? Are there players who might have been better choices?

Share All sharing options for: 2013 Home Run Derby: Analyzing the hitters by HRD

When I think of home runs, I’m not as interested in the amount as I am in how impressive they are. So, in a home run derby, I want balls leaving the yard in a hurried and extreme fashion. If only there were a stat we could use to analyze the participants and find some worthy home run derby participants.

I will look at the current participants under the lens of total home runs and Home Run Damage (HRD) per HR. (Read more about HRD here. It is basically speed plus distance.) This is a great way to show those players that really crush the ball when they get a hold of it. As always, Wily Mo Pena is the poster child for this. Nearly all of his home runs were bombs and I personally believe MLB should bend the rules and allow him to participate in the home run derby every year.

Robinson Cano – As you can see, the captain rule allows for a rather unimpressive home run hitter to join the home run derby. He hits a good total amount, but they are not very damaging on average. Last year he competed in the home run derby and hit a grand total of zero. Pass.

Prince Fielder – The 2012 Home Run Derby winner, Fielder is slugger who can hit bombs and a lot of them -- but also hits a lot of shorter home runs as well. This year his average damage is much lower than years past, which will end up hurting him. He is this year’s favorite to win it all, but I will pass on him as well.

Yoenis Cespedes – Cespedes ranks well, especially in the HRD/HR column. He hasn't played enough to rank highly in overall home runs, As you will see, he actually shows up on my team.

David Wright – Wright hit 22 home runs in the 2006 derby, which is tied for 10th most all-time, but that was seven years ago. Maybe the home crowd will give him a boost, but I’m not interested in watching him in a home run derby. As you'll see, I have my eye on a different Mets player.

Bryce Harper – Harper excites me and has tons of raw power. His numbers are not so good this year, but he has been injured. I’m picking him as well.

Michael Cuddyer – I’m not really sure why he’s participating in the home run derby, other than because he's friends with the captain. He’s a pretty ordinary home run hitter and not among my top 15 calls in the National League. Of course, this means he will win.

Pedro Alvarez – Alvarez hits a lot of really impressive-looking home runs that give him a higher perception than what is maybe real, mostly because he pulls a lot of home runs close to the line and the Allegheny River is right behind the Pirates' stadium. However, even though his perception is high, his actual power is really good too. I’m inviting him (and not just so the Pirates fans won’t boo me).

Who I would rather see

Apparently non-All-Stars can be chosen as home run derby participants. Since this is the case, I am not constrained as to who I can choose. I’m also throwing out the captain rule. Crazy New York and their New York ways. I’m not a fan of east coast bias, especially when it comes to All-Star skill challenges. 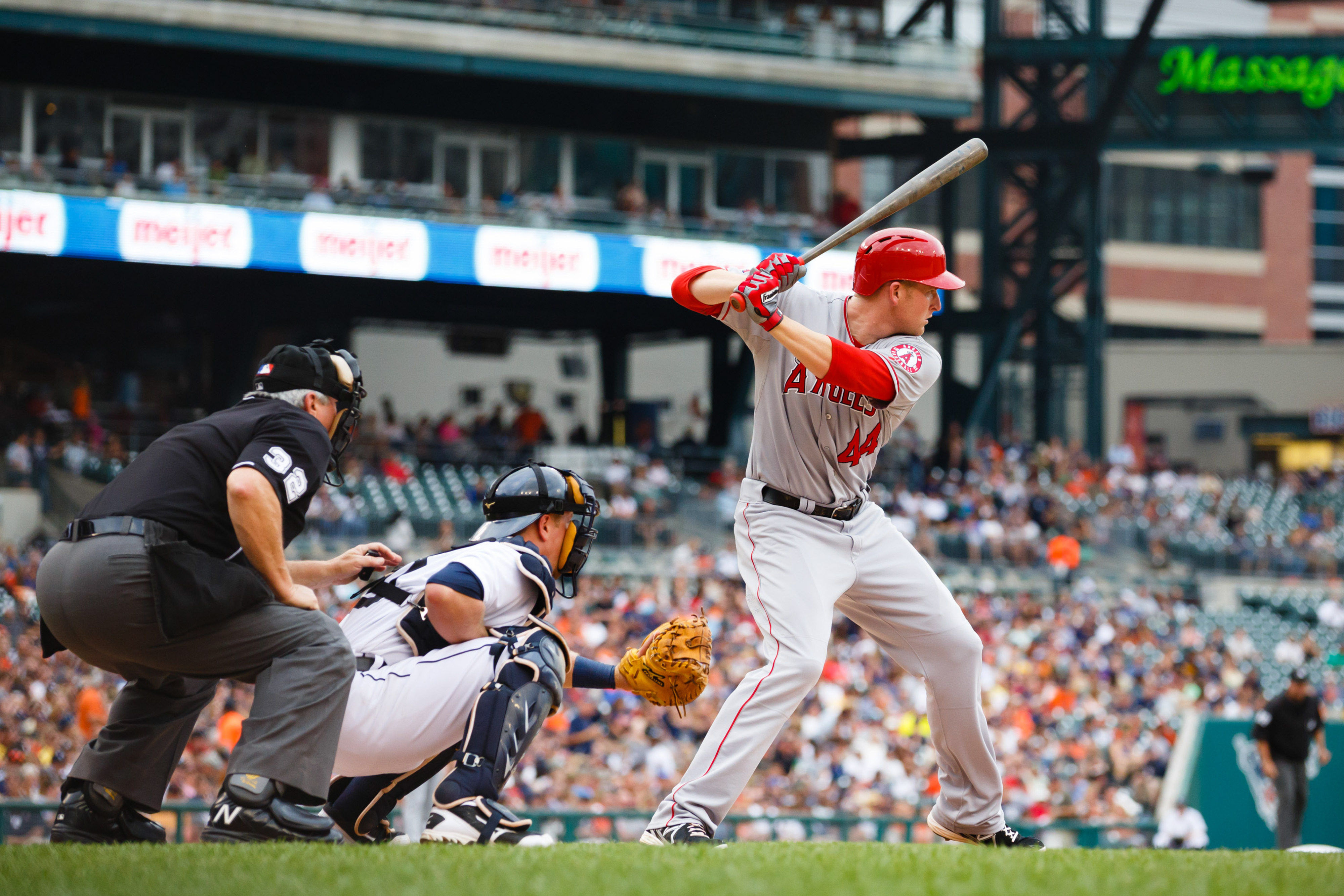 I focused on home run damage per home run, but still wanted guys who could hit home runs in bunches. I found established sluggers but still rewarded players for their 2013 season. Rickie Weeks, for example, is high on the NL list in the past few years, but is so terrible this year, that I removed him from consideration.

Perhaps these players could be chosen based on how well they perform in batting practice, since that would most strongly correlate to the home run derby, which is basically a glorified batting practice.

Tell me that’s not an exciting lineup.

Trumbo hits some of the most impressive home runs you’ll see. I watch Angels games just to try and catch a live glimpse of one. He was in the 2012 home run derby, but didn’t make it out of the second round after losing a tiebreaker to Jose Bautista.

Trout is so good at so many things. He’s fast enough to beat out routine grounders and can hit the ball far enough to be in the conversation with some of the game’s most prodigious hitters. I want him to play at this level forever. Talk about "best interests of baseball."

Smashmus makes it. He has hit some very impressive home runs at the Rogers Centre this year and makes it look easy with his sweet swing.

Cespedes is the only player on my AL team who is actually participating in the real derby this year.

The National League team is decimated by injuries, but even without them, it wouldn't have the same excitement that the American League team has.

Upton is injured, but his propensity to hit bombs is well-known.

Giancarlo Stanton is an obvious choice. Both of his top home runs are absolute scorchers down the line. His grand slam against Jamie Moyer is such a classic, I'll probably still be watching it when I'm Moyer's age.

Gonzalez was picked for the derby but is sitting out with an injury. Since HRD uses standard distance instead of true distance, this removes a lot of the Coors Field effect.

The Mets end up getting a participant and this one actually has a chance to win. I have always imagined Duda as a smaller person, just based on his name. That could not be more wrong. He’s listed at 6’4, 255 pounds and can hit the ball really, really far.

I have never thought of Holliday as a great power hitter, but here we are. His HRD/HR ranks seventh so far this season and 23rd in the last three. He is dealing with an injury and will be resting over the break.

Harper made the derby this year and will possibly be asked to participate for years to come. I looked past his weak 2013 because he has so much potential.

The only way Alvarez gets in is because three players ahead of him are injured, but that’s not a cut on him. He still ranks as one of the more impressive recent home run hitters.

So what do you think? Would you rather see my hitters or the real ones? Who would you like to see participate in a home run derby? Who do you think will win tonight?

Chris St. John is a featured writer at Beyond the Box Score. You can follow him on Twitter @stealofhome.