On Saturday, the Astros announced a contract extension with young second baseman Jose Altuve. At just 23 years old, Altuve is the youngest starting regular at second base in MLB.

Share All sharing options for: Jose Altuve Extension: Astros invest in the future

People often find it easy to mock Jose Altuve's stature. They may also find it relatively easy to claim he's only ever going to be an average regular. What cannot be mocked, however, is the hope and energy he has brought to the Houston Astros fan base. Extending Altuve is the first major investment of the Crane/Luhnow era in Houston, and it's a smart investment worth talking about.

Before analyzing what kind of investment the Astros made, it's important to understand what Jose Altuve is as a player. Here is a short table showing some of Altuve's numbers in key fields:

Ladies and gentlemen, what we appear to have here is a prototypical slap-hitting middle infielder with some work to do all across the board. Let's start with the playing time numbers. To this point in time, Altuve has just over 290 games of MLB experience. This fails to amount to two full seasons in the league, and he is still just 23 years old. This context is important to know, because Altuve is still several years away from what should be an expected peak age.

After playing time is considered, we can peek at a few of Altuve's skills as a player. To start, plate discipline will be examined. Here's another table:

For context, MLB averages are shown below each year in the table. By the numbers, Jose Altuve is a high-contact hitter with poor plate discipline. He swings at pitches inside the zone at a below-average rate and swings at pitches outside of the zone at a rate well above average. While this may be true, Altuve's steady hands and strong hand-eye coordination lead him to contact rates that are well above the MLB average.

Altuve is, in fact, a prototypical slap hitter to this point in his career. He doesn't draw walks or strike out, and he makes a ton of contact.

His approach at the plate has both helped and hurt Altuve in the majors. While he has a career .284 batting average and only a 12.4% strikeout rate, he also fails to hit for power. By swinging at more balls out of the zone and fewer balls within the zone, Altuve has run into more singles than most hitters, which has hurt his career ISO--which sits at .093. 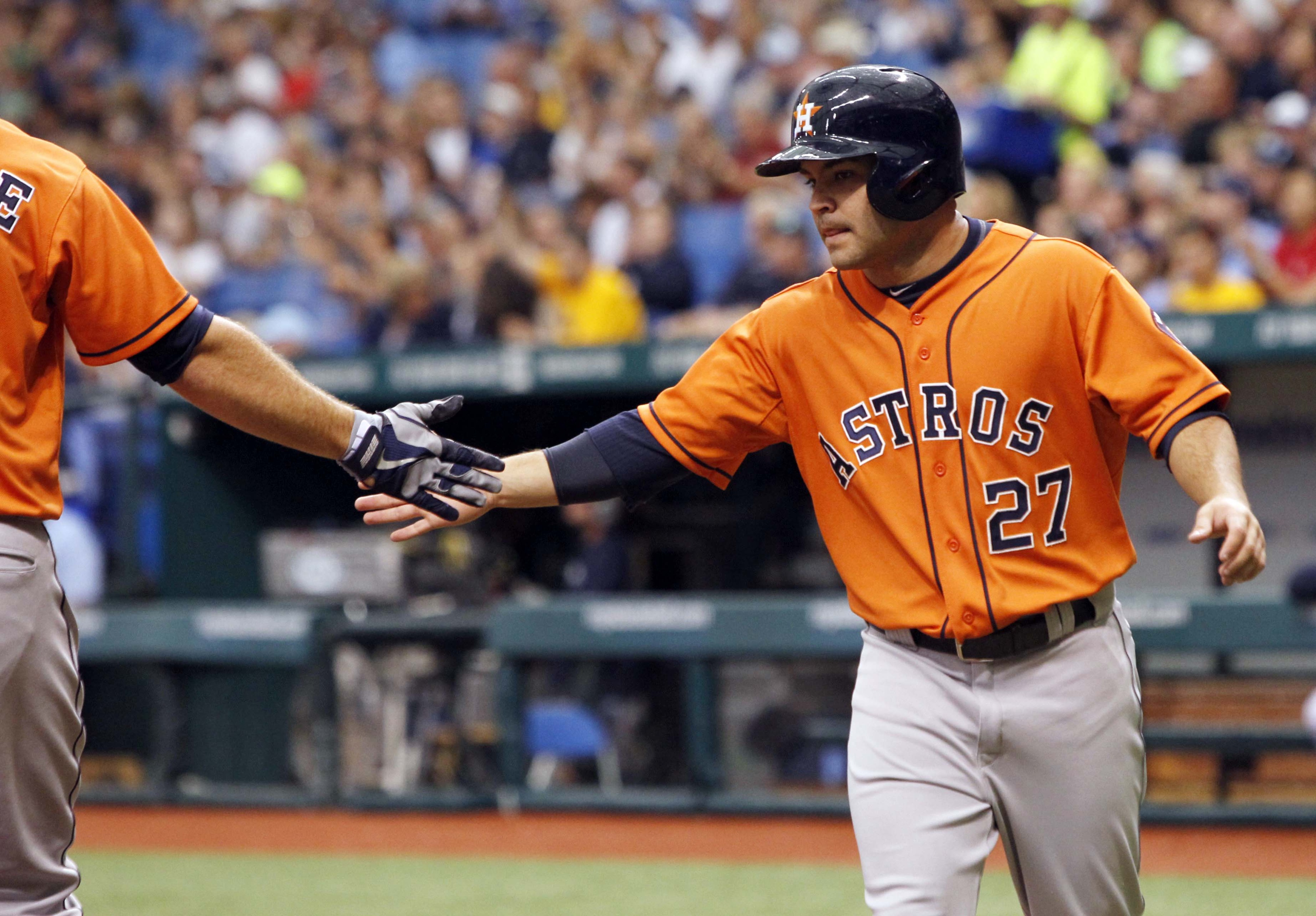 Minor League Ball takes a look at Jose Altuve around the time of his 2011 callup.

In other words, Altuve has shown just about as much power during his time in the majors as Cliff Pennington and Darwin Barney. These numbers are a tad perplexing, though. Barney's highest ISO in a full season in the minors was .095 in high-A at Daytona. Pennington's was .143 at high-A, and his second highest number was just .103 while playing in his second year in the Pacific Coast League.

In the meantime, Altuve showed plenty of power in the minors, even if it was just on a gap-to-gap basis. His lowest ISO in the minors was .137, and he had a 115 game stretch between High-A and Double-A where he was consistently above .180. Now, some of this has to due with high BABIP numbers and poor fielders to deal with, but Altuve's no scrub when it comes to power. Between 2010 and 2011, Altuve hit 25 homers in under 900 at-bats while being just 20-21 years old.

The pop is in the bat, and it showed a little bit more with an improved approach at the plate in 2012.

Jose Altuve may possess just above-average speed, but he has shown great instincts on the bases. In just 1244 PA, he has produced 5.3 BsR -- about 2.65 per season. He stole 117 bases in the minors in just 382 games, and his rate in the majors is 61/81 -- so just a tick over 75% success rate. If Altuve can show more patience at the plate, his baserunning can become an incredibly valuable asset.

Altuve has always been a second baseman, but he only has 632 games of professional experience on defense. For a bit of context, this is 167 games less than Starlin Castro, who is just about a month and a half older than Altuve. Both players have really taken their lumps on defense, but both have also shown signs of improvement.

In Altuve's case, he's been a master in the field relative to what he was in 2012. While he is on pace to make more total errors, he is on pace to improve his DRS by 12 runs or more, and he's on pace to improve his UZR by over nine runs. He's got a strong throwing arm, and he plays with intelligence in the field. Although his range is limited, it wouldn't be surprising to see his instincts improve as he gets more playing time.

These figures were first posted by Brian McTaggart of MLB.com, and it's easy to look at them with excitement. After all, FanGraphs' dollar per WAR ratio rests at $5 million, which means Altuve can put up 0.6 wins and be worth what he is going to be paid on average. Before getting hyped up on the contract, it's important to remember something about Jose Altuve:

He's not a star, and he's got a lot to do before he ever becomes one.

Yes, this extension is different from recent contracts handed out to the likes of Starlin Castro, Anthony Rizzo, Paul Goldschmidt, and Allen Craig. Those players either had already been playing at All Star levels or were projected to do so. While Altuve has made an All Star team, he certainly hasn't produced the numbers to be deserving of the honor. 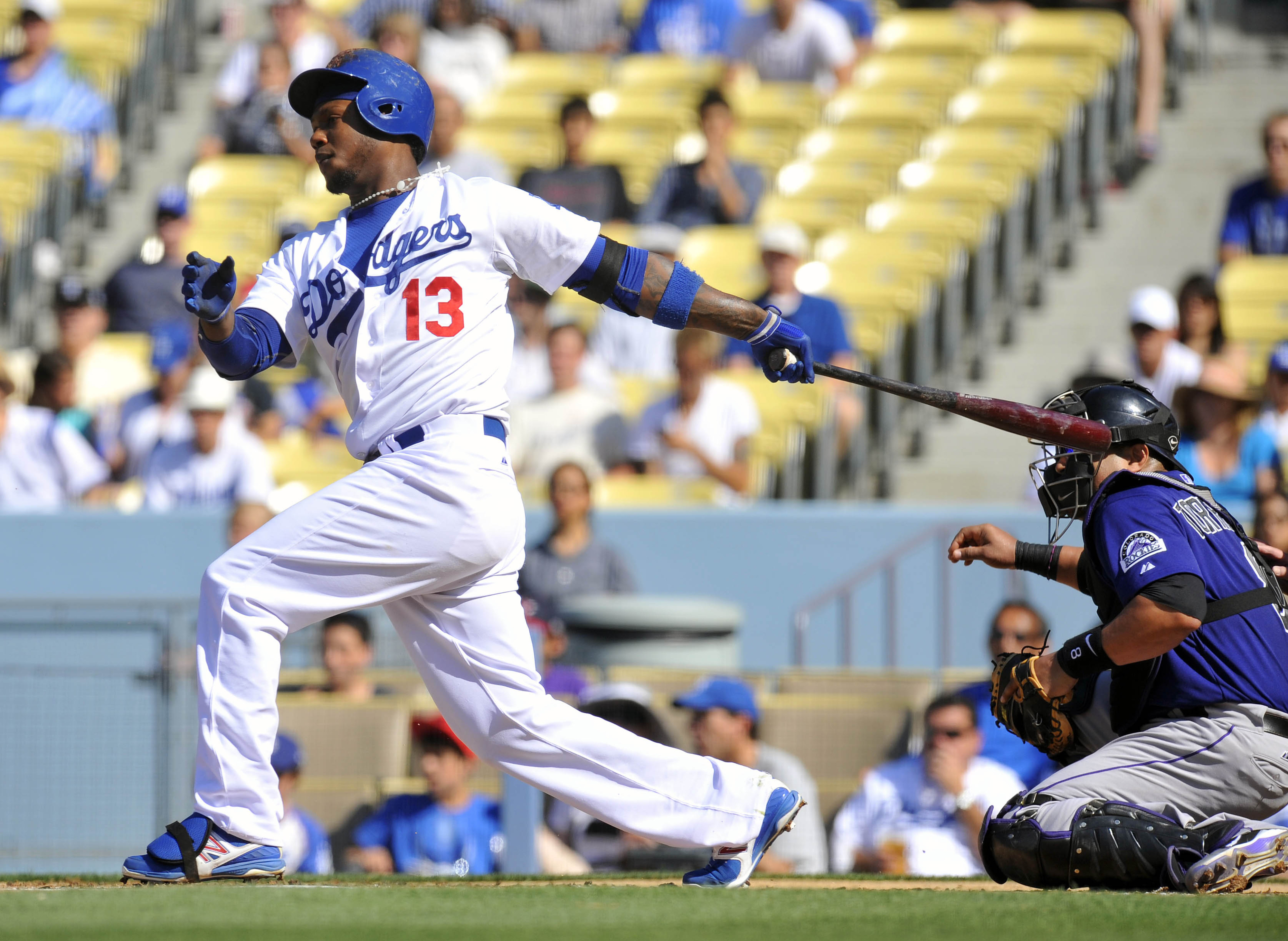 What the Astros have done is locked themselves into a four-year deal with the potential to evolve into more. With a base salary of just $3 million per season, the Astros win the deal if Altuve performs as a solid bench player. With his age, skill set, and makeup it appears that his ceiling is much higher than that. He showed flashes of what could come in 2012 when he drastically improved his plate discipline numbers. As a result, he saw increases in BB% and ISO along with decreases in O-Swing% and K%.

While Altuve's numbers have regressed thus far in 2013, there shouldn't be much of a cause for concern. Altuve is still making contact at ridiculous rates, and he just needs to continue getting at bats so he can get a feel for MLB pitching. He's shown that he has the physical ability to improve his plate discipline, so it's fair to assume he can do it again.

Trying to find quality infielders through development or on the open market is extremely hard. Even with his seemingly unimpressive fWAR numbers, Altuve still ranks 15th in the category at his position since the start of 2011. As for what the market might produce over the next few years, the options are all going to be expensive.

If the likes of Robinson Cano, Dustin Pedroia, and Ben Zobrist do hit free agency, they are all going to be very expensive and will all be headed in the wrong direction age-wise. Due to the infrequency at which middle infield talent actually becomes available via trade or free agency, it seems like the wisest move to lock up Altuve now.

Even if Altuve never develops into anything more than a perennial 1.5-2 fWAR player, that still means the Astros will have locked up a solid regular at a rare position for just $3 million dollars a season. If Altuve fails for whatever reason, the Astros can always decline the team options at the back end of the contract. However, it's likely that Altuve blows the contract out of the water in terms of what he will produce.

In Jeff Zimmerman's article from 2011, he shows that players without plate discipline tend to age at a similar rate to other players until their age 26 seasons. After that, the decline in general is very steep. By locking up Altuve through his age 29 season, the Astros have likely guaranteed themselves access to all of his best years as a player. For a rebuilding team, getting a solid player at a premium position locked up for a discount through his best seasons is a key.

While it is important to look at the on-field aspects of a deal such as Altuve's extension, it can't be understated how important this contact is to the Houston Astros. As they continue to rebuild, they have a strong player with good makeup serving as the face of their franchise. Having him around can help build confidence within the fan base, which means more potential ticket sales and more resources to play with. Through the potential positive financial implications of the deal and the on-field dollars that can be saved, this contract will likely serve as the cornerstone of the Astros' rebuilding effort. After the move to the American League and another change in uniforms, Astros fans now have some consistency to lean on as they carry forward.

This is one heck of a deal for the Astros.