Braun and Rodriguez Refuse to Talk in Biogenesis Investigation

The Biogenesis investigation moves forward, with more leaked information and now impending suspensions. Who leaked the most recent information and more importantly, why?

Share All sharing options for: Braun and Rodriguez Refuse to Talk in Biogenesis Investigation

Frequently, words, phrases, terms, or names that describe one thing, become synonymous with an idea. The term or phrase joins the vernacular of a specific aspect of life, organization, or group of people, and the more it gains popularity the more it becomes part of the overarching vernacular. I'm referring to terms like Watergate, Kleenex, and Xerox, names of companies, people or places that take on a different meaning or become the commonly used term to describe a specific thing. In baseball we have many of these terms, one of which is steroids. More recently that term has been overtaken usage-wise by performance enhancing drugs or PEDs, but for the most part, "steroids" refers to both the illegal substances baseball players took and continue to take, and invoking the term in a baseball context essentially refers to the late 1990's and early 2000's, during which PED use ran rampant. Remember, if used in a medical context, the word steroid takes on a different meaning.

Now, another such term, albeit more minor one has crept up on us. By now, almost all baseball and sports fans have intimate knowledge, or at the very least have heard in passing, the term "Biogensis". Biogenesis of course was the name of the company started and headed by Anthony Bosch. Bosch and his company allegedly, sold some sort of PED to numerous athletes including baseball players, stars and regulars alike. Last we left the story of the Biogenisis investigation, MLB had filed a lawsuit against Bosch in the hopes of procuring important documents in the discovery phase that might not lead to criminal or civil prosecution, but could have aided in the league's investigation into whether specific MLB and MiLB players procured and took PEDs from Bosch.

Since then, Bosch has been interviewed by MLB, and reports continue to fly around concerning first possible, then probably, and now impending suspensions for about 20 MLB players including the Nelson Cruz, Alex Rodriguez, Melky Cabrera, and Ryan Braun. MLB has been calling some of these suspected and likely soon-to-be suspended players to their offices to interview them about this issue. According to reports, both Ryan Braun and Alex Rodriguez refused to answer any questions, possible pleading the fifth given that the league seems to have enough evidence linking the two to Biogensis and PEDs, but definitely refusing to say anything one way or another.

Non-Contending Teams Should be Trading Their Good Relievers 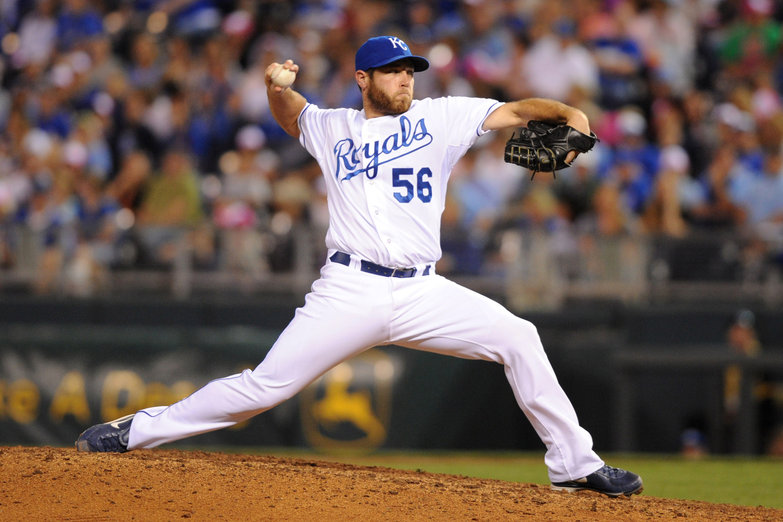 Now it seems, that despite obtaining little to no information from the players, MLB will go forward and suspend the associated players following the All-Star break festivities. In a well-written piece that I recommend you check out, Fangraphs author Wendy Thurm, discusses some of the recent news in the Biogensis debacle.

"ESPN's report generated lots of questions and commentary. Who leaked this information to ESPN and why? Did MLB leak it to put pressure on Braun and Rodriguez to cooperate? Did Braun or the players' union leak it to show the league's heavy handedness?"

These questions got me thinking. Which party, MLB, the MLBPA, or the players themselves would benefit most or at all from such information becoming public? First, let's consider the option that someone familiar with the details of the investigation leaked the information secretly, doing so because he/she felt the public deserved to know, or to demonstrate to a reporter that he/she knew something they didn't. This option remains a possibility, but Thurm even leaves it out as one because baseball isn't exactly known for whistle blowers or leaks. Basically, if the information got out there, it's probably because someone involved in the situation wanted it so for some gain.

Let's say that Major League Baseball leaked the information. They may have done so to show continue to paint a picture for the public in order to deaminize the figures involved to make the impending suspensions more palatable to the common baseball fan. PED use, while abhorred by many, has become such a natural part of sports, that most knowledgeable fans assume that even players who have never been linked to any sort of illicit activities or substances have at least in the past or are currently using something illegal to gain an edge. It might seem like pessimism, but I would call it realism. Professional athletes have the opportunity to make incredible amounts of money, receive acclaim and fame for the duration of their natural lives as well as posthumously, but to do so might mean going outside the lines or bending the boundaries.

In Tyler Hamilton's book The Secret Race, Hamilton describes the attitudes of numerous cyclists towards PED use, but makes specific note of Lance Armstrong's overpowering intensity and not just desire, but need to win at all costs as his motivation behind his use of PEDs. Cyclists are famous in comparison to you or me, but they don't make nearly the money or receive nearly the same amount of commendation as professional baseball players, so using the transitive property of life, it's reasonable to assume the urge or need to use PEDs in baseball remains quite active.

Fans, especially young fans, hold the players in such high regard, due to youth, naivety, or passionate fandom need to have their opinions somewhat changed in order to see the suspensions as warranted, and leaking information detailing the athletes lack of cooperation, could soften the ground when the news officially breaks. Thurm goes on to discuss how the league can even obfuscate some its own rules in the collective bargaining agreement in order to deviate any appeal from an arbitrator directly to commissioner Selig. The more fans, the media, and the like see players like Braun and A-Rod as criminals and less as victims prior to the announcement of the suspensions, the better the league appears publicly.

The players union could also have leaked the information in an attempt to create a different public image on the situation. The MLBPA will fight tooth and nail, no matter how those in charge actually feel about PED use, to exonerate these players. Doing so constitutes one of the major, if not the only vital use of the union. It stands up for the rights of the players, whether it's in negotiations for the CBA or in a situation like this. If the MLBPA leaked the information, why would they do so? By demonstrating that players like Braun and A-Rod refused to answer any questions concerning the PED use, it would be laying groundwork for later when the league officially suspends these players. When Congress subpoenaed players like Mark McGwire, Sammy Sosa, and Raphael Palmeiro to testify, the players looked about as bad as possible. McGwire essentially admitted his use without saying it, Sosa plead the "me no speaka da english good" card, and Palmeiro wagged a finger and denied all use of PEDs.

Since then, all three players' performances on national television in front of congress are the stuff of comedians and general public mockery. None of these players had the best public images at the time, but after the hearings, those images only got worse. In fact, in doing so, those three players painted an image to the public of every player who has ever been associated with PED use. Either the player is thankful he got away with it and wants to simply move past it without talking about it ever again, will use a deceitful tactic to circumvent the topic, or will blatantly lie. By leaking this information, the MLBPA might be attempting to show the public a different side to PED using players. Demonstrating that they aren't running from their wrongdoing, and while they won't come out and admit it, they prefer a middle ground that might be more to the liking of everyone involved. Braun has PR issues in that he used a technicality to skirt a suspension, and just by playing in New York A-Rod basically always has some PR issues. This report doesn't make these players look like saints, but it might change the manner in which fans see PED users, even just slightly.

Finally, the third option. Maybe the players, and their agents, leaked the information. Why do so? Well, by refusing to answer questions the players may be attempting to show the public exactly what they think of the league's actions and decisions involving this investigation. Thurm mentions the possibilities and likelihoods that the league wants to punish these players no matter what, using any loophole at their disposal. Denying allegations in an interview means proving it, and failing to do so leads to a complete loss of credibility. By refusing to answer questions, it might show that the players think the league has and continues to go too far, basically portraying the league as a dictatorial regime hell bent on making an example of these players, not caring about any other information involved.

Such a strategy seems smart on the players' part, but doing could have some backlash. In fact, none of the parties involved completely benefit from the leaked information. All could benefit, but their stories have to be spun properly to accomplish such a goal. Was I a betting man, I'd say the league probably leaked the information as they hold almost all of the cards in this situation, and as the four major sports leagues in America have seen in the past, almost everything in these situations comes down to public perception. Going forward, MLB and the MLBPA will probably duke it out over the suspensions, if and when the league officially issues them. This story is a saga, one that will forever be known under the name "Biogensis", which I assume Anthony Bosch never expected, just as the owners of the Watergate Hotel never expected the name of their establishment to be forever synonymous with scandal.

For more on the Biogenesis story, take a look at some of these articles: