Non-Contending Teams Should Be Trading Their Good Relievers

Most relievers are volatile and only valuable for a small window of time. Therefore, they aren't franchise building blocks. When a team isn't in contention, why aren't they trading their more dominant bullpen arms for prospects? Kansas City made this mistake before and they shouldn't repeat it by holding onto Greg Holland.

Share All sharing options for: Non-Contending Teams Should Be Trading Their Good Relievers

Relievers are volatile, especially after they turn 30 as proven by Bill Petti. So Dave Cameron thinks that teams with young, dominant relievers who rack up saves, such as the Minnesota Twins and New York Mets should trade them while they're still effective and valuable.

The Royals haven't fielded a great, competitive team in over a decade but they had a lights-out closer to save games for them whenever they were able to win in Joakim Soria from 2007 until 2010. Signed to a team friendly contract and bolstering a strikeout rate over 25% for four years straight, the Royals had plenty of opportunities to trade Soria but didn't. Regressing in 2011 and then throwing out his elbow before the beginning of the 2012 season, his option wasn't picked up. Kansas City missed out on trading an asset they didn't need for upgrades in other positions. Dave warns that the Twins and Mets shouldn't repeat the mistake that the Royals made. Most importantly, the Royals shouldn't make the same mistake twice.

Closers aren't building blocks for a winning franchise. If you have a flame throwing reliever who can consistently get outs, great, you're off to a good start. But teams shouldn't be fooled into thinking that they have an untouchable asset in a bullpen arm. If a team isn't contending, why not trade off their bullpen arms for prospects and start fresh? Why isn't bullpen turnover more common amongst non-contending teams?

The Royals took a cheap flier on Jonathan Broxton last season and plugged him into the closer role once Soria went down. Kansas City was able to get some valuable output from Broxton for half a season. Appropriately, at the deadline, they flipped him to the Reds and Greg Holland stepped into the ninth inning role with ease. Holland's been virtually unhittable this year (besides the first two weeks of April) with an absurd 1.39 xFIP and 44.4% (!!!) strikeout rate. It can be argued that he's been the best reliever in baseball this year. Holland is 27 years old and arbitration eligible for the first time next season.

If we've learned anything from Bill Petti's excellent research, it's that Holland's regression is only a couple years away. As of July 11th, Baseball Prospectus has the Royals' playoff odds at 1.9%. It's likely that Holland will never be this outstanding again in his career, and there are more than a handful of contending teams looking for some bullpen help. If he isn't already, he should be on the trading block, especially with other decent bullpen options in Aaron Crow, Luke Hochevar and Kelvin Herrera available in Kansas City.

Dave brought up an excellent point when comparing good relievers to fruit.

Relievers, even really good young relievers, should be viewed as ripe fruit. They are great for a while, but you don't store ripe fruit for the future planning on having a healthy snack later. You consume it now or waste it.

Kansas City has made this mistake before with Soria, and they may have an even better asset on their hands with Greg Holland. Young, nearly unhittable and best of all, cheap and controllable, makes him a valuable trade chip. As Dave explains, relievers are depreciating assets. Not every reliever is going to be Mariano Rivera. Most of the time, a reliever has a great two or three years and then regresses and struggles to fight off the rapid aging curve. Then, a new, young arm with upside slides in just for the cycle to repeat itself.

The Best Bullpen Platoon Splits of 2013 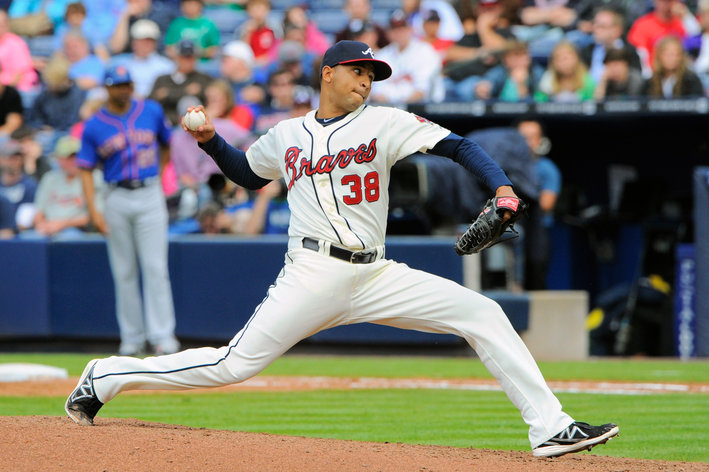 Ben identifies some reliever specialists that are excelling when used correctly.

Bullpens, like baseball in general, are extremely cyclical. Sometimes, the best bullpens are just a collection of acquisitions, scrap heap pick ups and homegrown talent conveniently getting lucky at the same time a la the 2008 Phillies. Kansas City isn't going to make the playoffs this year. There are more than a couple positions that they could upgrade such as 2B and RF. With Greg Holland, they have a chip that is much more valuable to a team with World Seriesexpectations such as the Detroit Tigers. If you have ripe fruit that your palate isn't particularly craving, perhaps you should pass it along to someone else before it spoils in exchange for something you'd really enjoy.

All stats courtesy of Fangraphs and Baseball Prospectus.

Mike Mulvenna is a writer for Beyond the Box Score.