The Beyond the Box Score staff has voted, and now we're presenting this year's AL All-Star Game reserves!

Over the last two weeks, the staff at Beyond the Box Score has been crunching the numbers, watching the tape, and submitting our votes for the players deserving of All-Star consideration. After announcing our AL and NL starters last week, we're finally ready to part the veil and announce the rest of our AL All-Star squad.

Not bad, right. That team could put up some runs. I mean, the Trout / Cabrera / Davis triple-threat alone would probably make any opposing pitcher shudder.

So here's our process for deciding on the reserves: 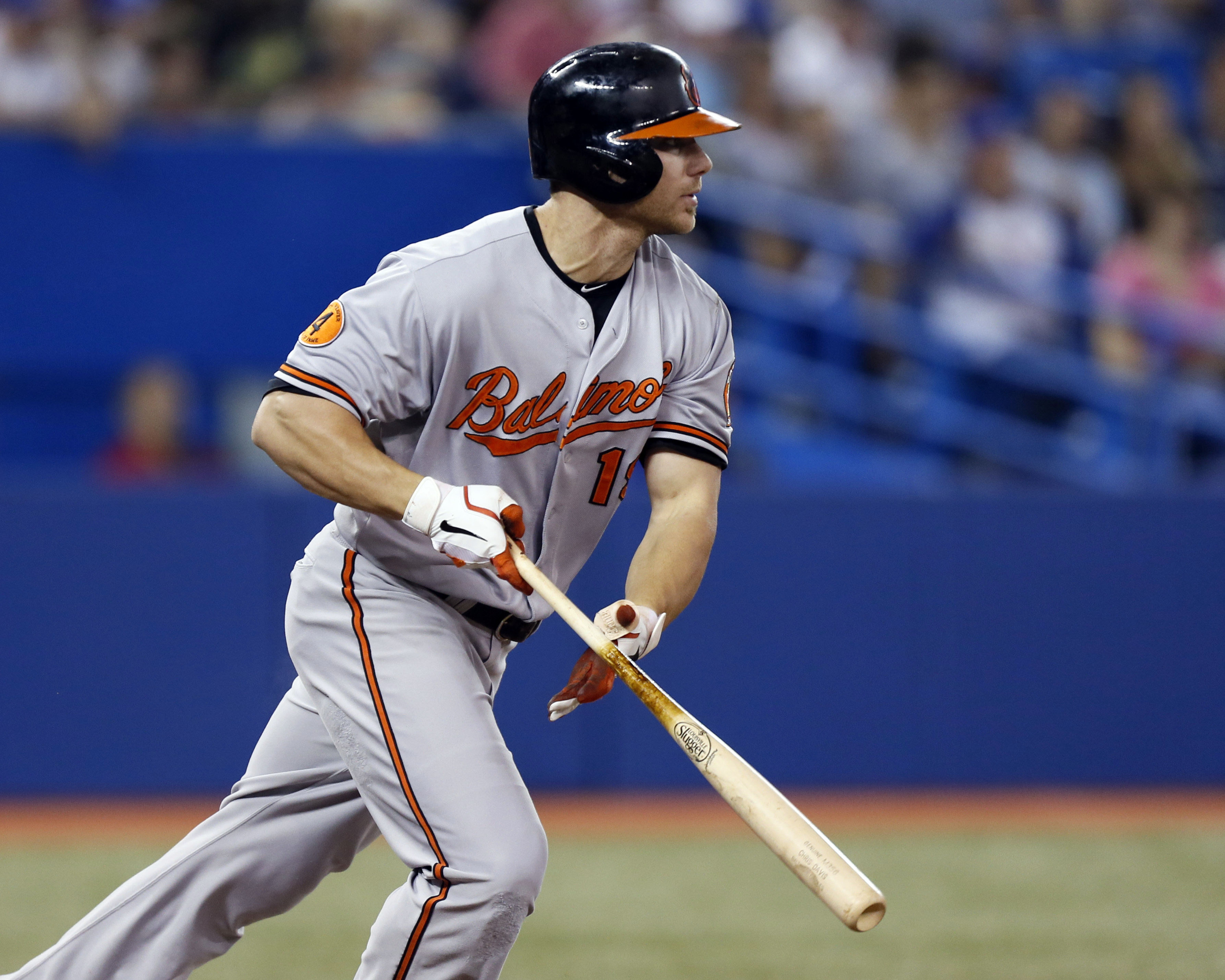 How was the voting for the BtBS AL All-Star starters?

Let's talk a little bit about each of the players who've made the team.

We talked a bit about Santana during the starter voting, and while his offensive production has dipped over the last couple of weeks, he's still a standout at the dish with a 134 wRC+. He received a large share of the votes for backup catcher.

Castro has certainly emerged this year as a pretty fine backstop, and gets the benefit of being our team's "token" Houston Astro. A few voters even had him on the ballot as backup backstop, but Castro right now is an easy choice as the best player on the Astros and the third-best catcher in the AL.

Encarnacion was another runaway selection as the backup 1B on our All-Star team. Coming off an emergent 2012, E5 is hitting almost as well as he had last season, and has already knocked 23 home runs.

... a guy who's probably now become the best-hitting pivot in baseball. Kipnis was good last year, but he's been great this year. A 153 wRC+ would be awesome from a first baseman, but to get that kind of offensive production from a second-sacker? Killer. He absolutely wrecked the second phase of our reserve voting, placing on 14 out of 15 ballots.

Talk about a surprise, Josh Donaldson has been a pleasant one for the perpetually-understaffed-at-third Oakland Athletics. A 90 wRC+ in 2012? No problem, let's put up a 151 wRC+ in the first half of 2013. Third base is an extra-loaded position in the AL this year, and the team has four deserving ones -- even if Donaldson is the "token" Athletic on this roster.

Hardy certainly is a rarity, combining power with up-the-middle defense ... and not a whole lot else. But when he's on his game, as he has been this season, his league-average bat and 20-30 homer power make him a batting threat while anchoring a defense.

Go Orioles? Yet another Baltimore All-Star makes the team as Nate McLouth is having a very non-McLouth (read: good!) season. He's doing a little bit of everything, except for stealing bases. He's doing a lot of that. Good on him, a guy I'd pegged to be on his way out of the league by now.

Getting his first real extended chance in center field thanks to Curtis Granderson's physical implosion injuries, Gardner is doing what everyone kind of thought he could do -- play stellar defense and hit a little. His power is up (he already has seven bombs on the year), and he's running a little less, but he's still great.

The bat hasn't been anything special for the Red Sox's fleet center fielder this season, but oh, that speed. Jacoby has already stolen 32 bases, and has been worth nearly three-quarters of a win (according to FanGraphs) on the basepaths alone. When you pair that with good defense up the middle and a league-average bat (where did the 2011 power go?), you've got an All-Star.

Alex Rios may not be playing on the South Side much longer (trade rumors, yo!), but he's been doing a very nice job this year. He's likely to put up another 20-20 season, no matter which team he ends up on to finish the year.

On to the pitchers!

We may have finally achieved MAX Scherzer: the ultimate level of Scherzer. I'm not going to acknowledge his pitcher wins beyond saying that there are a lot of them, but his stats, like his stuff, are filthy. There's a 31.2% strikeout rate, a 2.68 FIP, and over 110 innings pitched. This guy's an ace now.

Before hitting the DL with a shoulder (cringe) injury, Sanchez was absolutely carving up hitters. He was striking out just a tad fewer hitters than his teammate Scherzer, but was also walking fewer and allowing fewer HR than his touted teammate. Here's hoping he comes back strong and continues his killer pitching.

Yeah, we basically just put the entire Tigers starting rotation on this team. In fact, Doug Fister was a very near miss on this squad as well (he tied in the voting with a few other players). But let's focus on the king of all things Tiger, Justin Verlander. Verlander's season is ho-hum by JV standards, notching "only" his usual 25% strikeout rate to pair with a 3.77 ERA and 3.05 FIP. A bit overshadowed by his rotation-mates, Verlander is basically the same pitcher he always is this year, just with a few more walks. That's still an All-Star.

The King is probably the most "boring" ace in baseball. All he does is win his team baseball games through his combination of stuff and skill. As of today, he's just posting the best FIP (2.52) of an already-sterling career. He's been pitching since 2005. He's logged 1,737 major-league innings. He's 27 years old. Can we start talking about the Hall of Fame yet? Please?

Say what you want about an xFIP and SIERA that don't necessarily hold up under close scrutiny, or about combinations of resin and sunscreen, but a 1.71 ERA will play under any circumstance. Buchholz was looking a lot like the pitcher he was in 2010, except better, before hitting the DL this year. If he comes back strong, it'll go a long way in helping the Red Sox contend this season.

It's a Chris Sale: everyone must go (down on strikes). Bad puns aside, Sale has been dirty, striking out 26.9% of batters faced and flashing some of the most ridiculous stuff in the big leagues. He may not get some of the press that pitchers for better teams get, but he's certainly deserving of an All-Star selection.

I wouldn't take him to a concert, but I would like to have a pitcher like him on my baseball team. Everything you want to know about Holland's emergence, check out this article.

There's not much to say here, other than that the greatest reliever of all time is having another great season, despite being older than dirt. An All-Star selection is part of a great farewell tour for Mariano, but it's also very much warranted.

By FanGraphs' Wins Above Replacement, no reliever in baseball has been quite as good as Jesse this season. His recipe for success: strike out the ballpark, allow zero home runs, and allow less than a run per nine innings (ERA of 0.74). Repeat.

The good news is that you're an extraordinarily effective reliever capable of getting outs in any situation. You're one of the few left-handed closers in baseball, and you're continuing to improve as a pitcher. The bad news is that you play for the Minnesota Twins.

Weird how the AL Central has most of the great relievers in the AL this year, right? Holland has taken over nicely for the departed Joakim Soria -- with Sunday as an exception to the rule -- striking out an unheard-of 15 batters per nine innings and keeping an FIP below two.

All of our ballots through both phases of the voting can be found in a Google Doc here.

Did we do alright? In the comments below, we want to hear from our readers. Who is the biggest omission on our AL team? Would you have voted the same way as any of our contributors? Leave us a comment below, or hit us up on Twitter, and we'll be happy to respond.

And look for the National League reserves later on in the week!