The MLB draft leads to a myriad of predictions, projections, forecasts and the like. Many predict greatness while others foresee mediocrity, but one fact remains true. At this stage, very few predictions are accompanied by significant confidence. It's something we should all remember.

With the MLB draft in full swing, the first 10 rounds behind us and the rest yet to come, we see words thrown around like projectable, 5 tools, and polished. Young players with nothing but upside define the draft, but unlike the other notable American professional sports drafts, most players getting "the call" from MLB squads won't play in the big leagues at all, let alone in the next year or two. Fans have a difficult time caring about the MLB draft because rarely does even the top pick find his way to the majors within one year of the draft.

Still, pundits, scouts, fans, and commentators alike continue to predict and forecast every single draftee's future talent, size, and productivity. This constant discussion of projections comes full circle when represented quantitatively as most scouts do using the 20-80 scale. Predictions, projections, and forecasts have become a major part of both sports and our society, and it gives every pundit and commentator a greater responsibility when utilizing their position at the bully pulpit.

What do Minore League walk and strikeout rates tell us about prospects: An Update 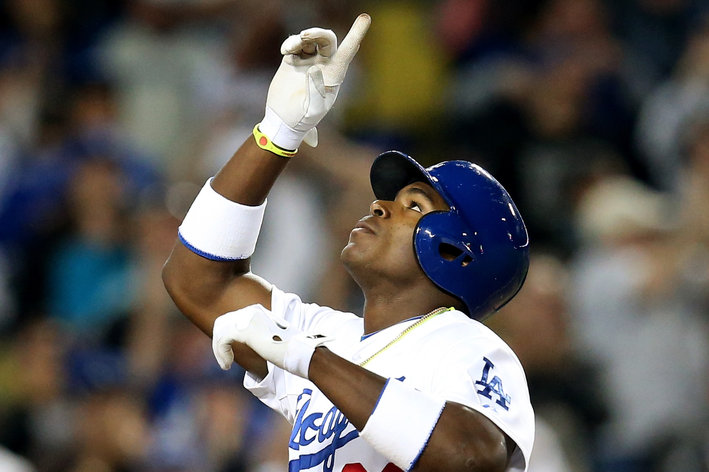 Walks and strikeouts are simple measurements, but they tell us a lot about a player. How about when i comes to prospects?

In his book on forecasting, Nate Silver begins by discussing information. Specifically he discusses the idea that the more information we have, the better we feel we can predict the future. The more information we have about the financial market the better we can predict stock fluctuation, and this follows the simple sample size argument that in order to discern any usable knowledge from data it is best to have as much of that data as possible.

Nate Silver aside, let's get back to the MLB draft for a second. Scouts galore have spent months if not years observing, evaluating, and monitoring young prospective baseball players in the hopes that they can discern the qualities necessary to project well for the future. Notice I didn't say qualities necessary to become an MLB player because to do so would prove futile. Due to constant randomness, events and actions beyond the grasp of our current selves let alone future versions of ourselves, predicting whether a given prospective MLB player will one day play in the majors is virtually impossible. What becomes not only possible, but also the crux of the matter, is discerning which players have more potential for eventual success and which have less. This process, like most in the world uses a spectrum, not extremes.

In a recent podcast, Baseball Prospectus writers, and pitching aficionados Paul Sporer and Doug Thorburn discussed Braves pitcher Julio Teheran. They spoke of his recent success, but touched on his career to date in order to provide some solid context. During the discussion the two, as podcast duos often do, organically came upon an important piece of information. Both agreed that especially when observing pitchers, but also hitters, that scouts and other evaluators usually don't get the whole story. Not only that, but these talent appraisers understand these limits.

Teheran was seen, from a young age, as one of the next great pitchers. The Braves often produce fantastic pitchers; Teheran had very good physical tools, and was showing productivity and efficiency that proved quite impressive for his age. Since that time, Teheran's stock has dropped, rose, dropped again, and only now has begun to find equilibrium. Even still, at only 22 years old, Julio Teheran may not be showing us the type of pitcher he will be for the majority of his career as 22 years old is still quite young. Not every pitcher or player is Bryce Harper or Ken Griffey Jr., in fact, most aren't even on the same planet as far as predicting success.

Maybe none of this seems new, but because it is draft time, we have to remember that most of what we hear from evaluators right now will not come true; most of it will change. It's hard enough to predict the weather for the next 5 days, and in his book Silver remarks at the worthy confidence we have in such forecasting, let alone what a person, a dynamic being, might accomplish 2, 3, or 5 years from now. Most predictions that are legitimately quantifiable leave out the confidence interval that accompanies that calculation, and were it up to me, that offense would be punishable under the law.

"Prediction is important because it connects subjective and objective reality."

The key aspect of Nate Silver's quote is that all predictions are inherently subjective, all are limited, and most importantly, all come with varying levels of confidence. The prediction game is rough, and scouts take part in this world as their careers, so remember that none of their predictions constitute absolute, as well they shouldn't.