ESPN recently held their annual franchise player draft. Which players did they leave out during the first 30 selections?

Earlier this week, the worldwide leader in sports posted the results to one of my favorite yearly traditions, their MLB Franchise Player Draft. For those of you unfamiliar with the concept, ESPN gathers 30 of their writers and television personalities to conduct a one-round draft as if they were starting a Major League franchise from scratch, with the only real caveat being that they ignore the players' current contract when making their selections. Other than that, the participants are free to interpret the term "franchise player" however they deem fit. 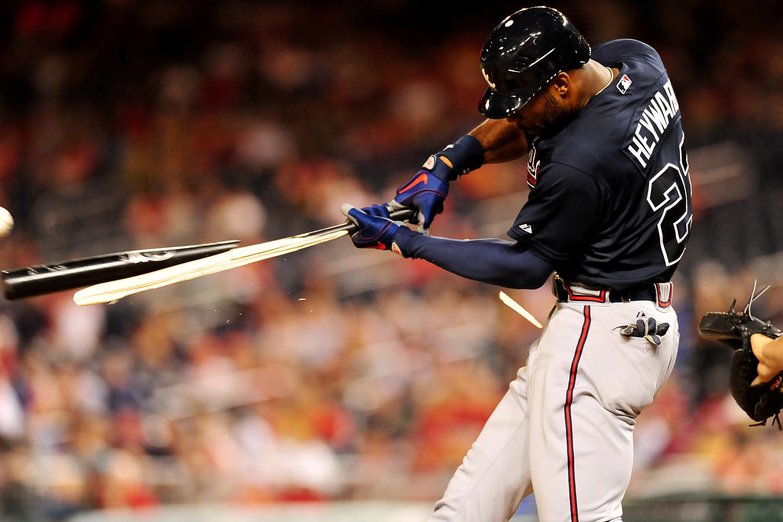 Grant Brisbee examines whether or not the Braves' outfielder is still a cornerstone player.

Considering the draft is made up of just one round, it stands to reason that every selection should in theory be a player that can easily be productive for the next 5-10 years, but looking at the results from the past two years tells a different story. Selections in the 2011 and 2012 drafts include names like Tim Lincecum, Josh Johnson, Neftali Feliz, Michael Pineda, Wilson Ramos, and Eric Hosmer. While all of those may have been defensible picks at the time, they now serve as reminders at how quickly things can change when projecting the futures of baseball players.

Usually, it stands that the majority of the conversation around these exercise concerns the players that were selected and the validity of those choices; I instead want to look at some of the players that were left out of the top-30 picks. But before we get to the snubs, I do have a few stray observations on the actual picks:

Alright, now on to the players I would have considered to start my franchise.

I understand the reasons that Davis was passed over by 30 different people. He plays a position that is low on the defensive spectrum in first base, and plays it quite poorly actually. He has 1500+ plate appearances from 2008-2012 that point to him being a slightly above-average player and nothing more. His body type and skills match a profile that tends not to age rather well. And still, at 27 years old he seems to have transformed himself into one of the best hitters in the game. He leads all Major League hitters in wOBA and wRC+, and he ranks third in fWAR and seventh in bWAR through the first few months of the 2013 campaign. As Matt Hunter mentioned recently, if Davis can keep this pace up, he will finish with one of the greatest offensive seasons in the history of the game, and his change in approach leads me to believe this is mostly sustainable. If that's the case, he can be a monster for the next 5-7 years, making him a perfect player to build around.

As Dave Schoenfield pointed out, at least a few of the best players in the years 2014-2018 probably have not reached the Major Leagues yet. While one could make cases for Oscar Taveras, Gerrit Cole, and Wil Myers, I would take Twins' prospect Byron Buxton ahead of all of them. He is a legitimate five-tool player that is terrorizing the Midwest League (a notorious pitcher's league) with a .333/.435/.545 line with 7 home runs and 26 steals in just 52 games played. And the hype may be even greater than the production right now. Just look at the quotes Baseball Prospectus' Jason Parks recently gathered from scouts and executives on Buxton:

He's about as close to Mike Trout as there is out there right now, a true five-tool CF with so many weapons and ways he can beat you.

Buxton is the best player I have ever scouted in the minors..

We have an internal comp to Mike Trout, but the tools might be even louder at full potential. He's the top prospect in the game.

With his range in center, the glove, the arm, the feel for baseball and the dual threat hit/power, he's Eric Davis with a better bat. Buxton could be the real package. It would be great for the game if Buxton becomes Buxton.

Selecting a 19-year old in A-ball to start a franchise may be a risky proposition, but he has the talent become a cornerstone and a real superstar.

Castro's stock may have dropped more than any player in baseball in the last calendar year, as he went from a top-10 selection in this excercise to off the list completely this time around. Really though, that isn't surprising considering the regression we've seen from Castro this year, posting an abysmal 73 wRC+ and taking a step back in the field after some improvements last year. And yet, he's actually younger than Andrelton Simmons (who was selected among the first 30 picks) and offers much greater upside with the bat. I'm betting on him to make adjustments, and live up to some of the promise he showed as a 3+ win player the past two years.

So there you have it, the omissions I thought were the most noticeable. There is no doubt that all three players carry considerable risks, but Davis, Buxton, and Castro also have the type of upside I'd look for when starting a franchise.