The Beyond the Box Score staff has voted, and now we're presenting this year's AL All-Star Game starters!

There's a lot of -- I dunno -- "mess" that goes into All-Star game selections. Fan voting can be subject to name-recognition, highly-motivated fanbases, or jokey write-in campaigns. Player voting can be no less confusing to some of us on the outside of the game. And let's not even get into manager selections, which can be nepotistic and unfortunate.

Fortunately, every single person has the power to make up their own All-Star team. And here at Beyond the Box Score, that's exactly what we're doing. In this series, we're revealing whom our site has selected as this year's All-Star team for both the National and American Leagues.

I'm really happy to say that our entire staff has taken this process very seriously, and that, collectively, we're very proud of our selections. We've done the best that we could to select the most deserving players of recognition, using our particular saber-slanted mindsets.

So let's go over our what criteria I asked our writers to use when deciding on this year's All-Stars. 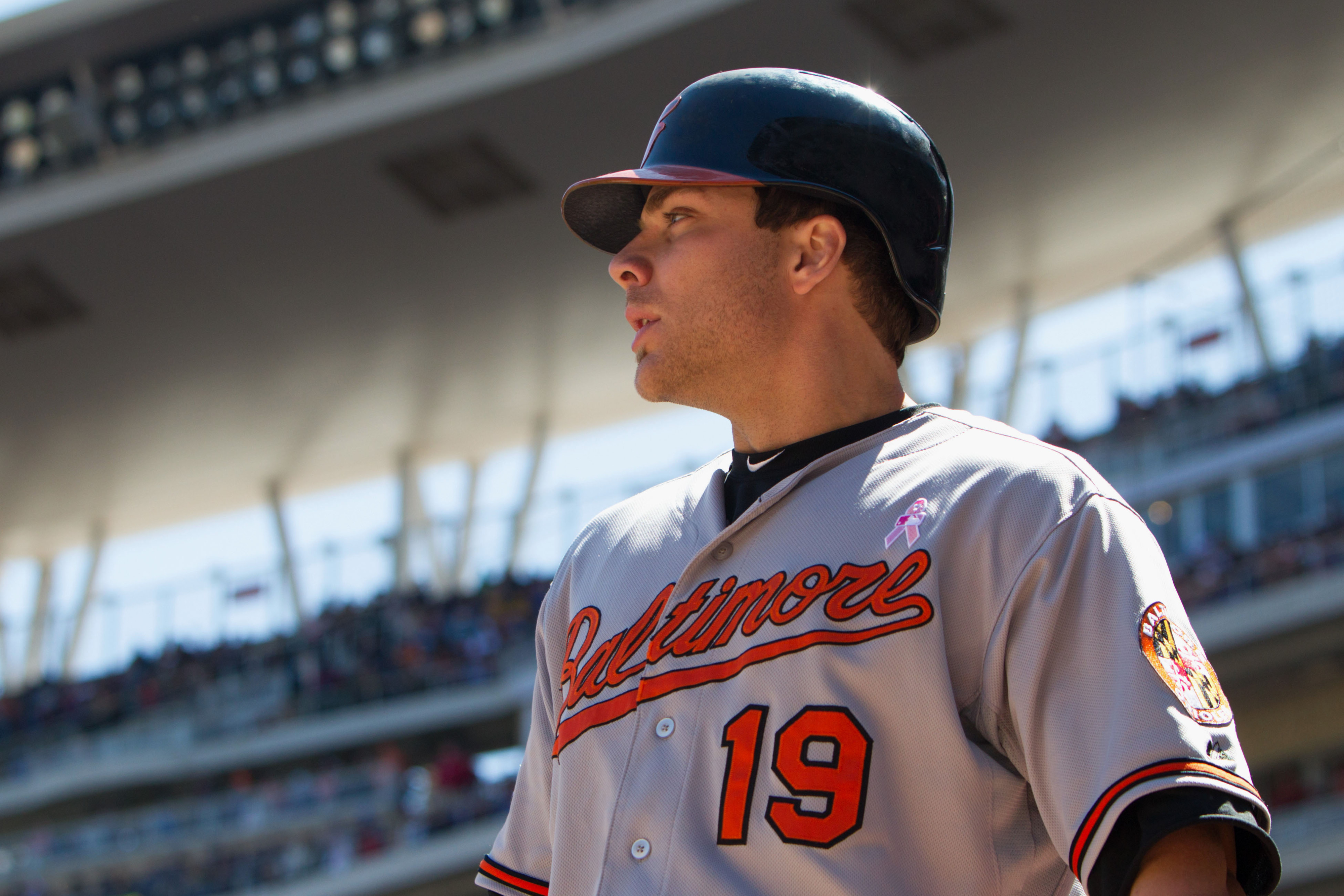 Chris Davis might be the most unexpected All-Star of 2013. What outher players are having unexpected performances? 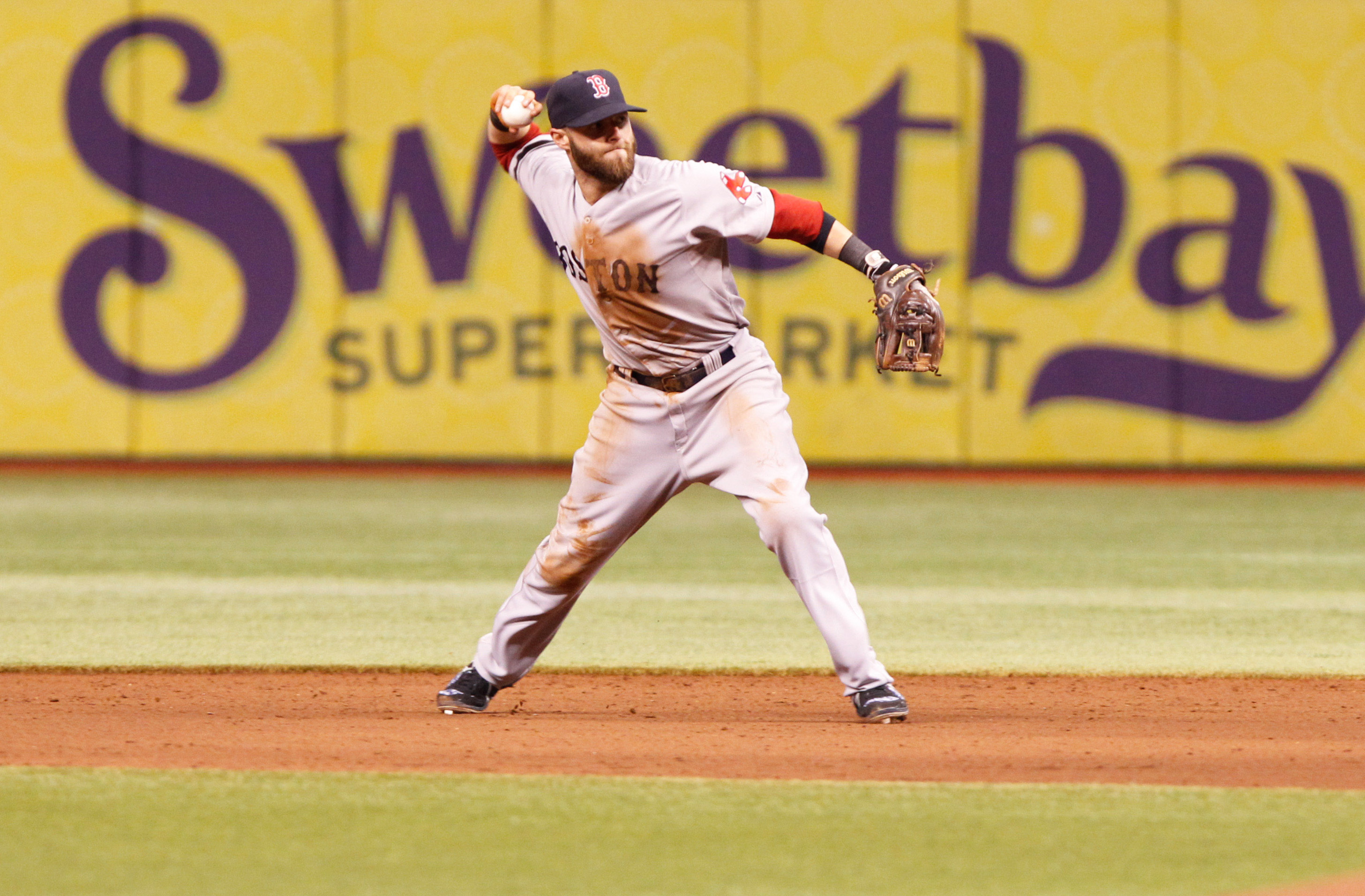 This turned out to be a very close race. The diminutive second-sacker of the Red Sox would probably have been considered a dark horse for this year's All-Star starter before the season, given Robinson Cano's unlawfully awesome 2012. But here we are, with Pedroia once again posting his usual stupid-high OBP, hitting about 25% better than league average, and playing more-than-competent defense up the middle. We're getting dangerously close to taking this guy for granted, everyone.

Oh, and it says something that no votes were assigned to the Indians' Jason Kipnis, who has virtually the same wRC+ as both Cano and Pedroia, as well as 16 steals. You could make an argument that four or five (Ben Zobrist) guys are all deserving of the AL 2B starter spot in the All-Star game. 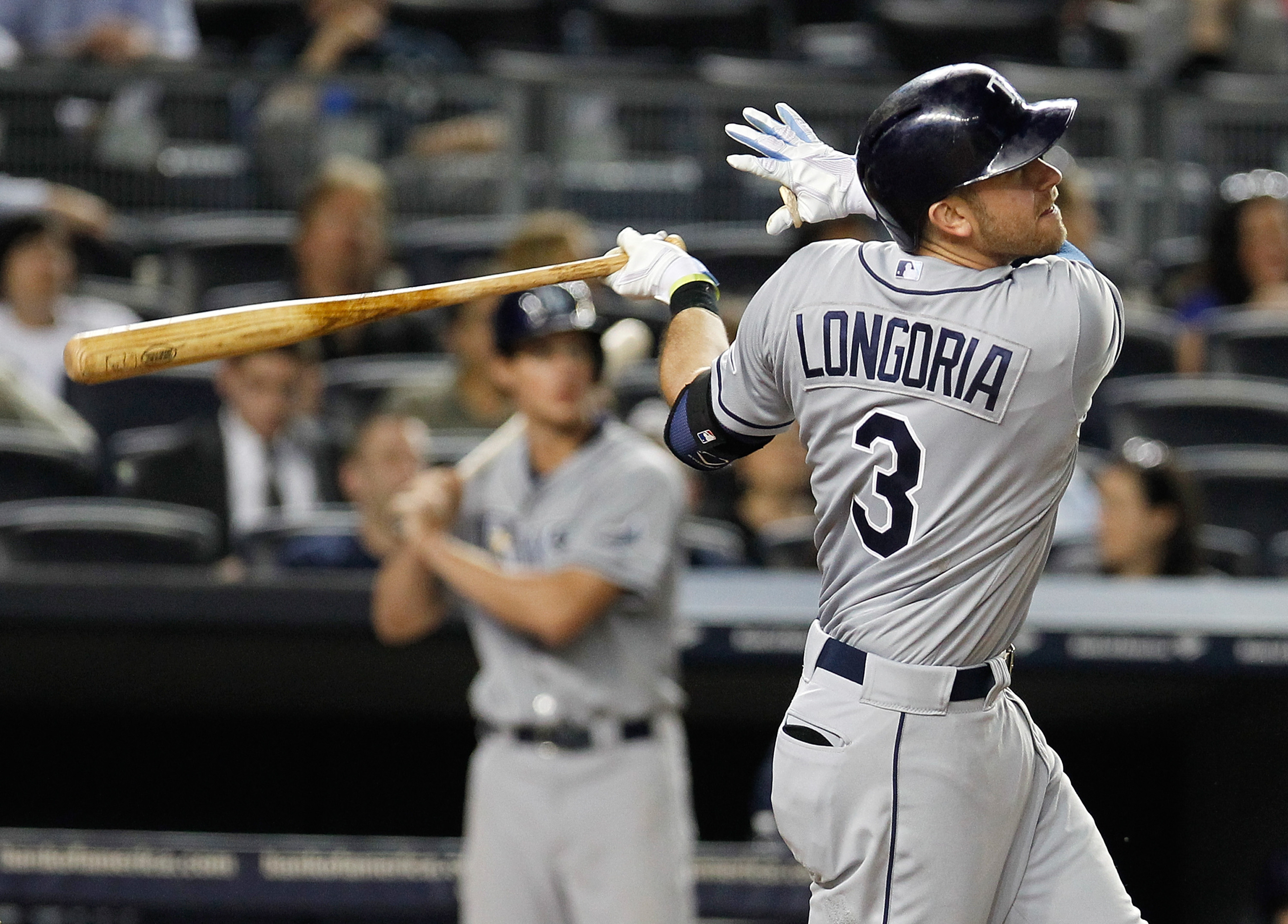 Again, we have an extremely close race here. It's the transcendent hitter (Miguel Cabrera) against the emergent hitter and fielding whiz (Manny Machado), and in the middle ... something in between? Longoria's not nearly as young as Machado, but he's still younger than Cabrera. And while Manny and Miggy are basically the two opposite sides of the defensive spectrum (with Manny being great and Miggy being bad), Longoria certainly is a lot closer to the "phenomenal" side of the defensive spectrum. While nobody hits quite like Cabrera, Evan Almighty is simply posting the best batting line of his career, good for an 157 wRC+. Hey, being well-rounded doesn't hurt.

And folks, if you're reading this and confused as to why Cabrera is not the starting third baseman for this team, just be patient with us. 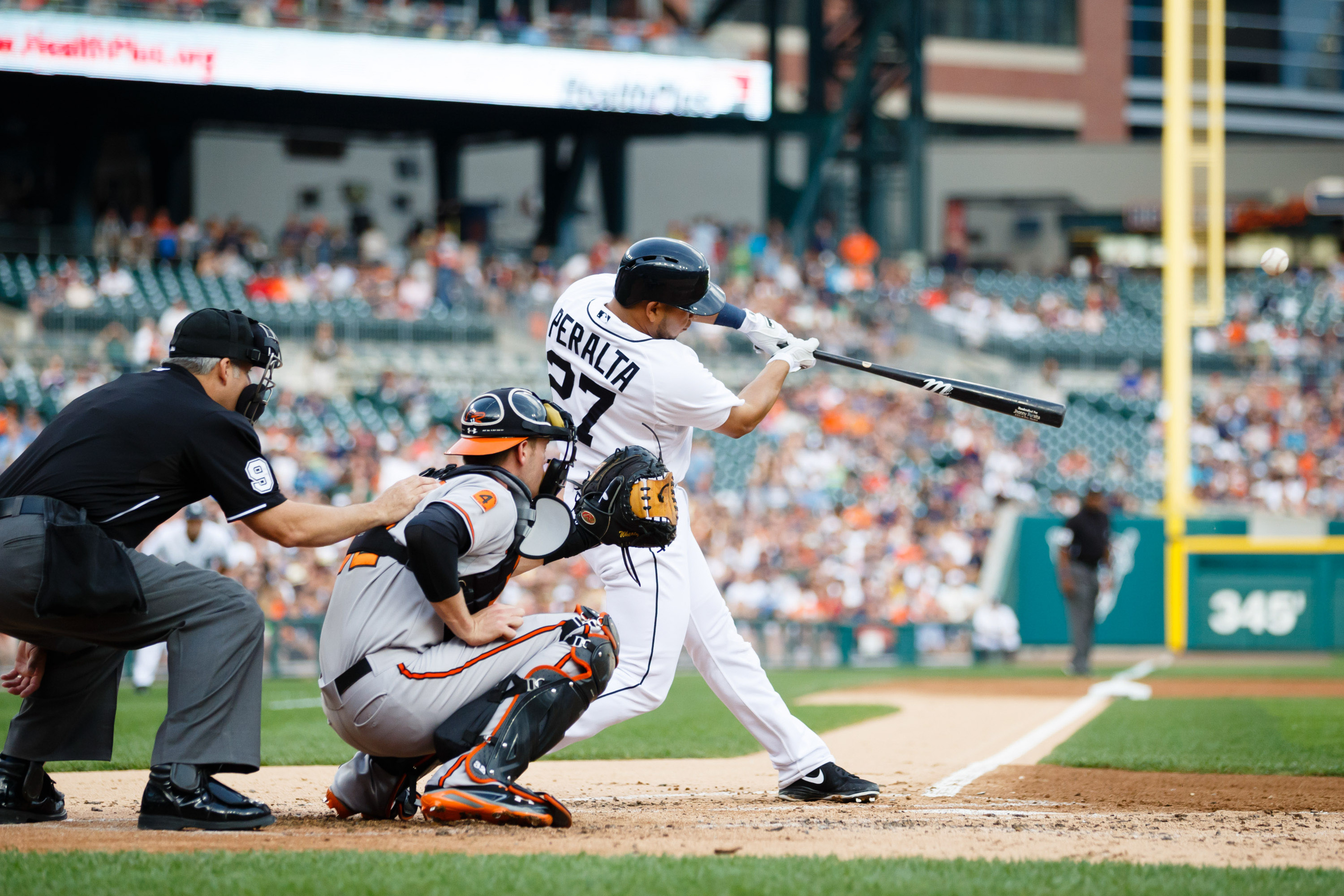 Was this voting closer than you expected? Peralta's been an absolute dynamite hitter this year, outperforming even Prince Fielder with the stick, at least by the wRC+ metric. Peralta's posting a 139 wRC+ compared to Fielder's 132 wRC+. At the same time, Hardy has prompted more than a few votes, no doubt due to his impressive home run total and consistently excellent defense at short. Still, Jhonny's bat can't be denied, and he takes his place among our starters. 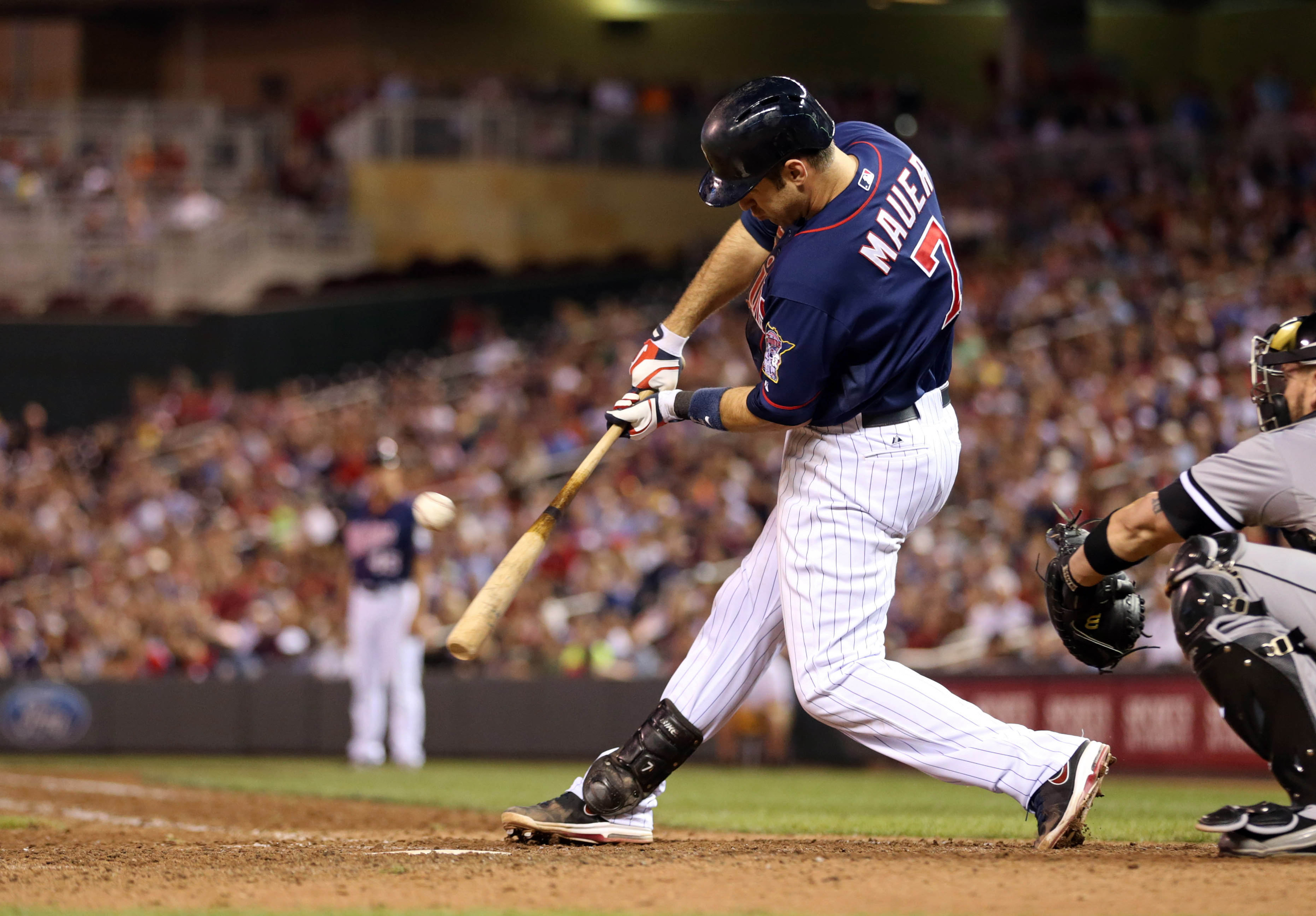 While he certainly takes his share of heat for his large, long-term contract, Joe Mauer continues to have otherwordly production with the bat -- especially for a catcher. Sure, he's got an insane BABIP (.395), but he's also showing more power than last season and playing a good number of games behind the plate.

His closest competition, Carlos Santana, might have gotten a few extra points for playing more games in the tools of ignorance. But he hasn't. So he doesn't. Santana's had a phenomenal offensive year as well, and I'll expect that we'll see his name again when we fill out our reserve All-Stars. 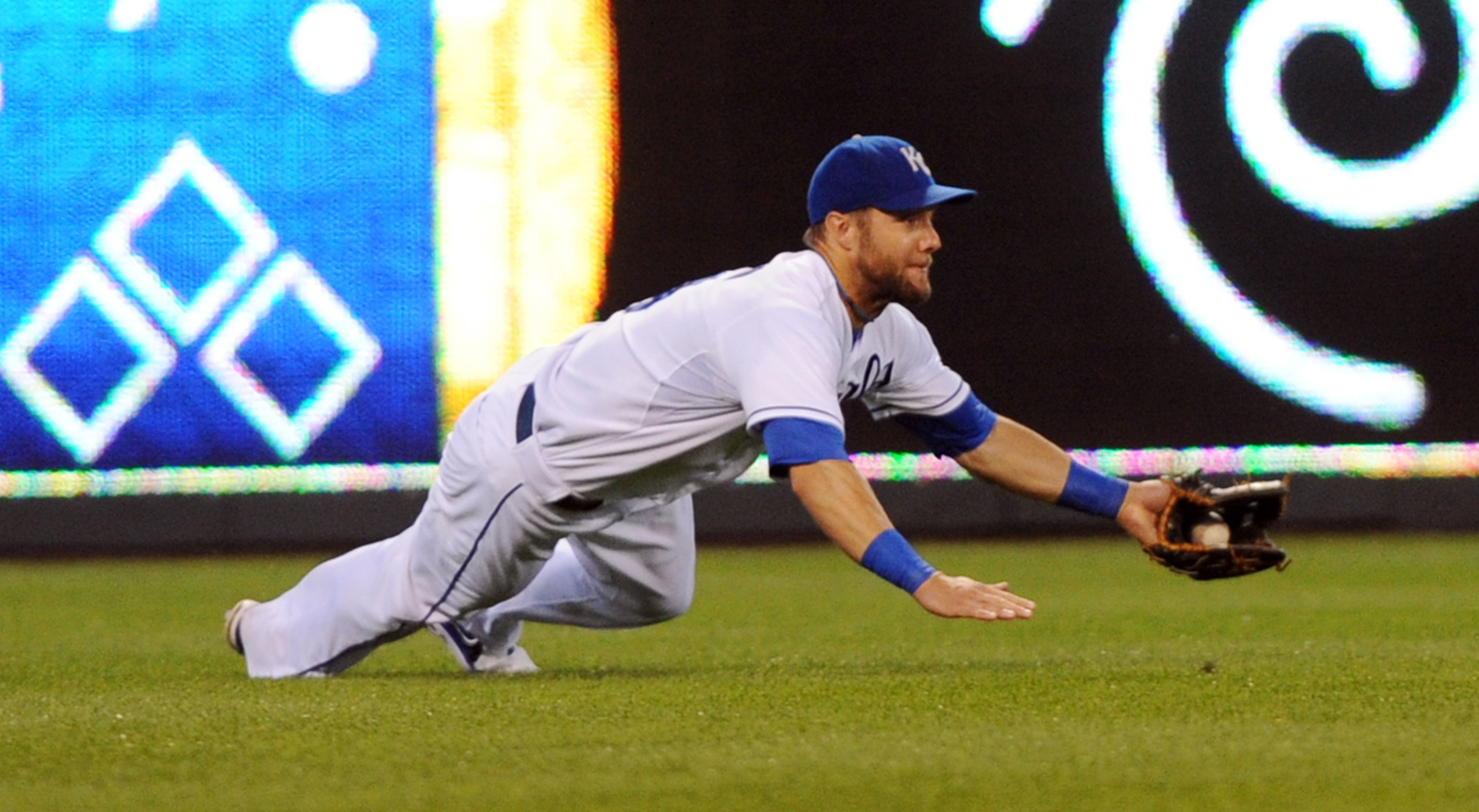 Gordon's inclusion on this team may be more of an indictment of the crop at this position, rather than a celebration of Alex's skills. Don't get me wrong, any team would love to have a player like Gordon, who combines elite outfield defense with an above-average bat and on-base skills. Maybe if Mr. Trout had put in more innings at left field than center field, more of our writers might have voted him in here. So if you want to blame Peter Bourjos for Gordon starting, go right ahead. It's okay.

As an aside, I'm personally tempted to fire* the two guys who voted for Coco Crisp here. At the time of the balloting, the number of innings Crisp has played in LF this season? Zero. 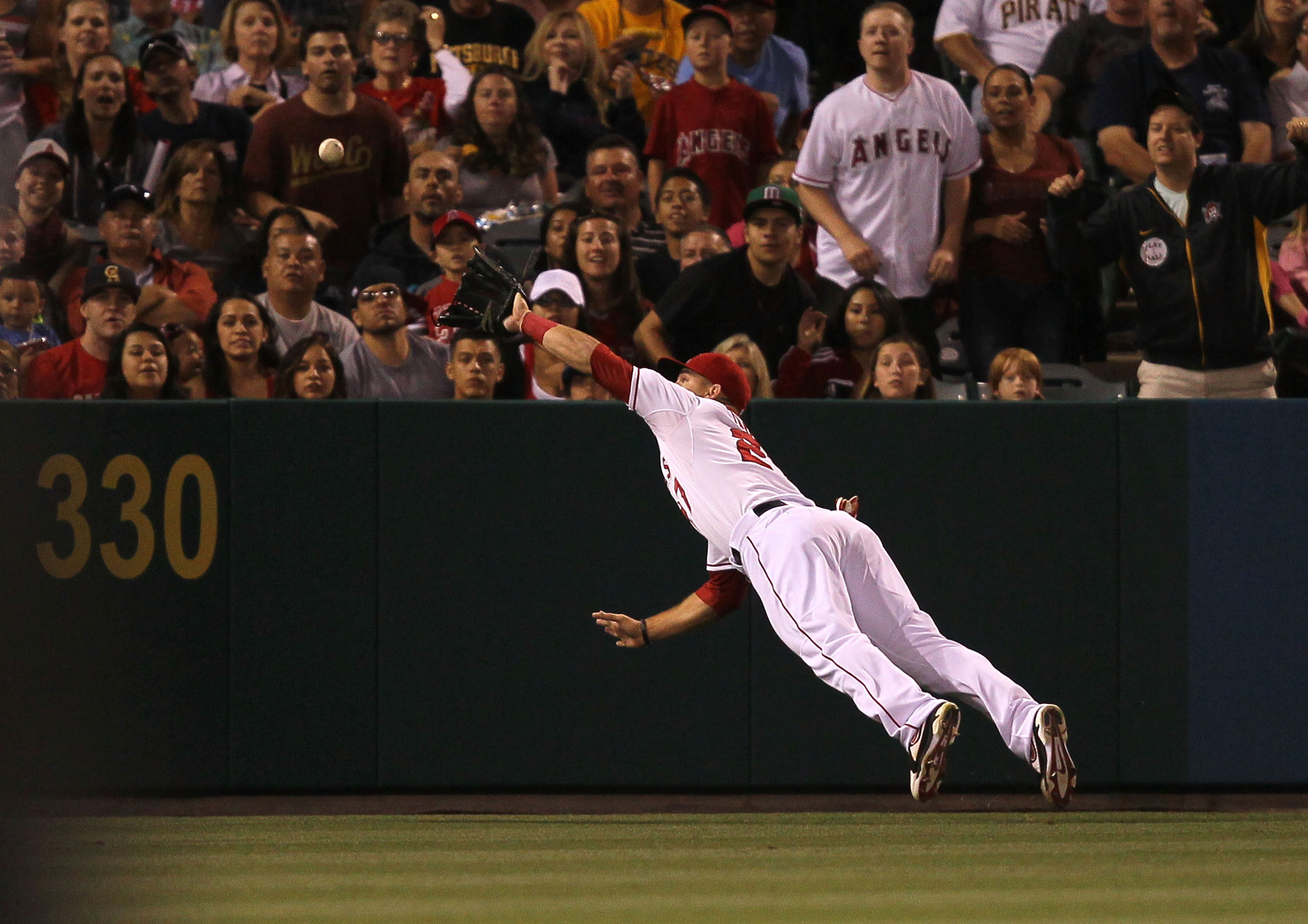 It turns out that Mike Trout is actually a unanimous selection to the team -- if you count the two votes he received as a left fielder. If you're surprised, you probably found this site by accident and welcome to our website it is about baseball and we like Mike Trout very much and thanks for coming and remember when sites had things like "Guestbooks" and "GeoCities" and "Prodigy" and look how far we've come in not just internet technology but also the objective analysis of baseball players and also isn't Mike Trout great? 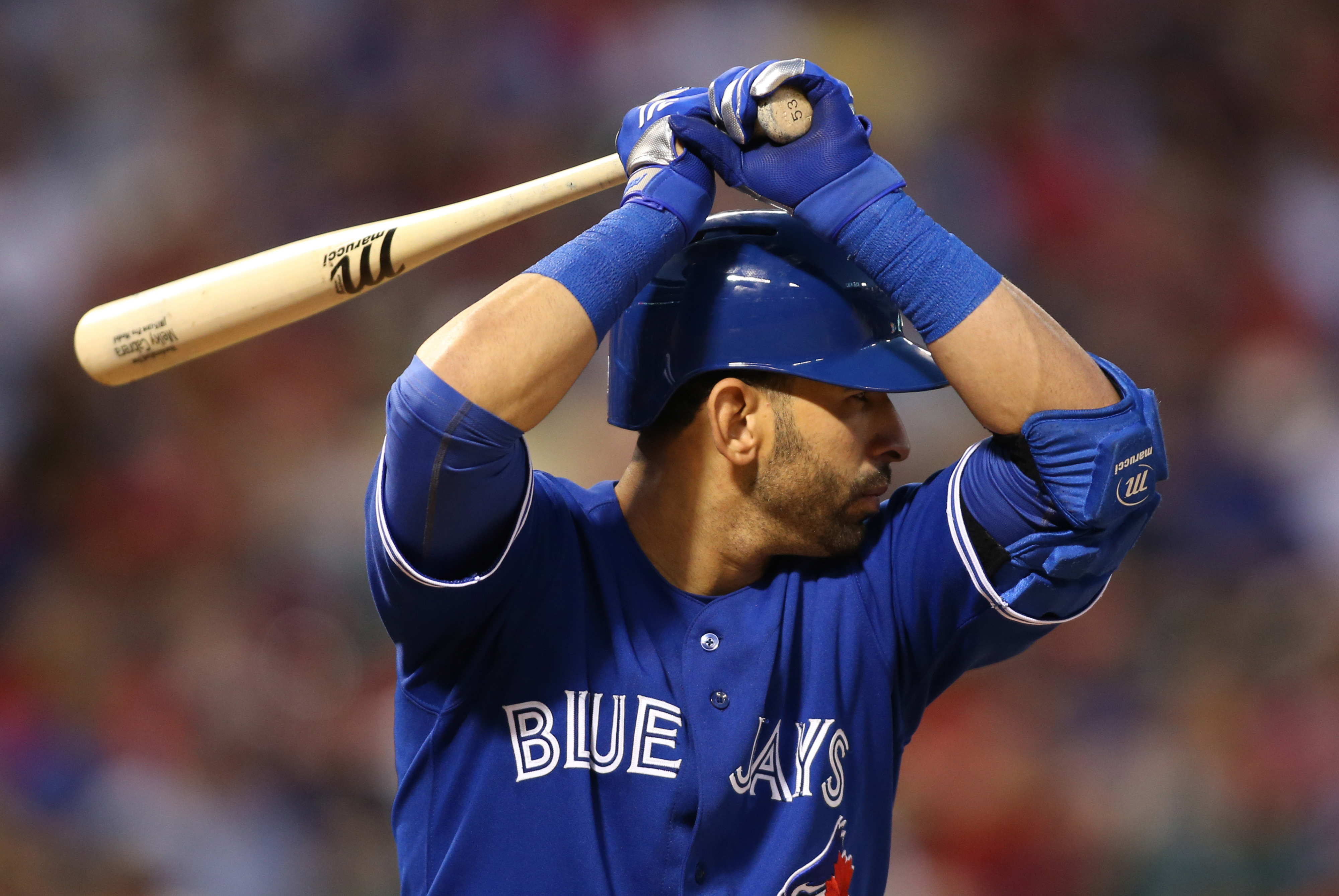 Joey Bats is another heavy, heavy favorite of the BtBS voting pool this time around. Sure, he's having what you might call a "down" offensive season compared to his last three -- but he's also staying on the field and providing solid defense in the outfield thanks to his cannon of an arm. All votes to former or current Blue Jays. 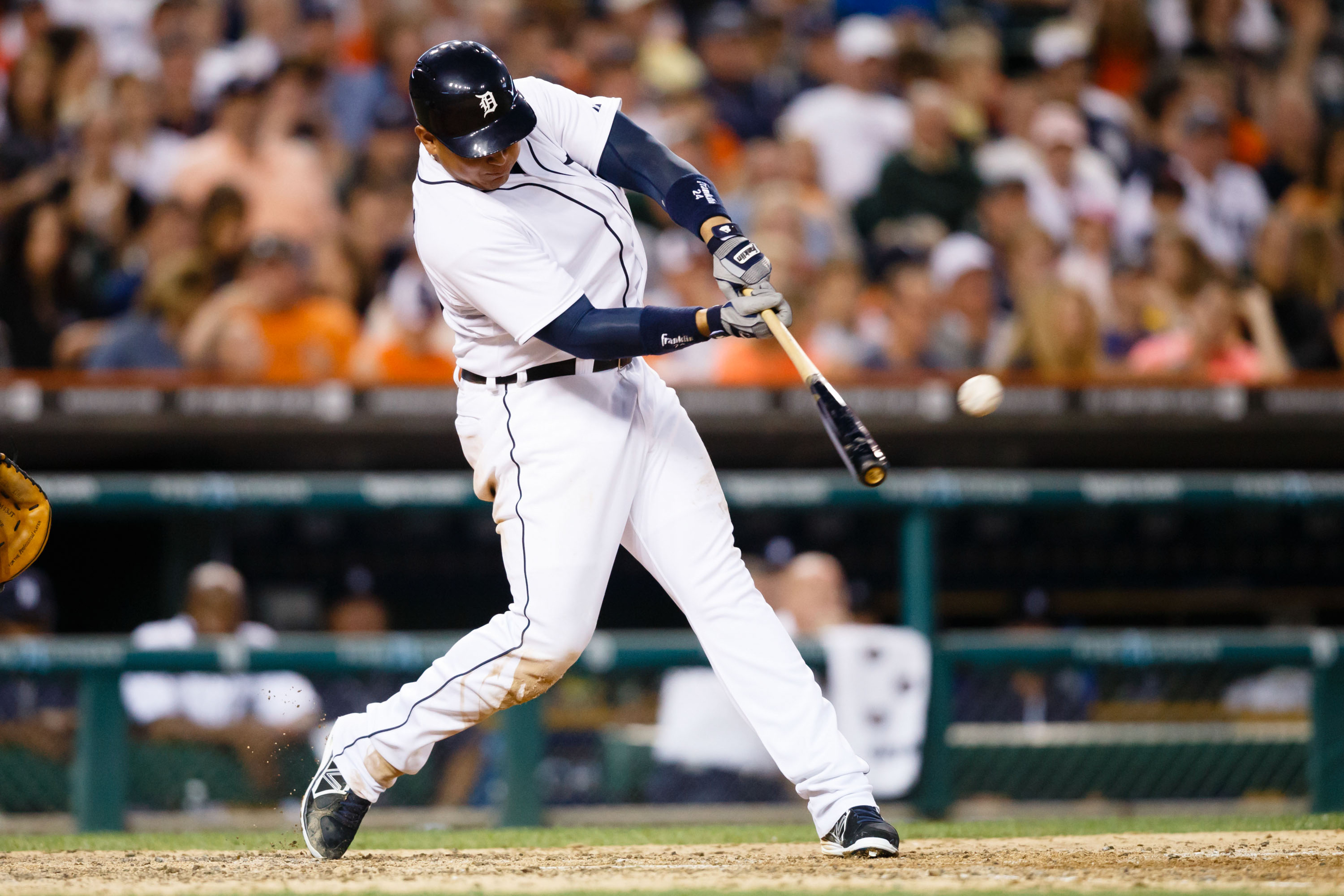 Like Trout, Cabrera is a unanimous selection, just one that was spread over two positions. All the voters who didn't vote for him as a third baseman voted for him as the team's designated hitter. Given the incredible fielding abilities of his competition at third, Cabrera is certainly suited to hit -- and hit only -- for this team. I think you can take solace in the fact that, was there no DH voting, Cabrera almost certainly would have gotten the starting nod at third base. He's easily a top-3 hitter in the league, and most of the time, he's a top-1 hitter. 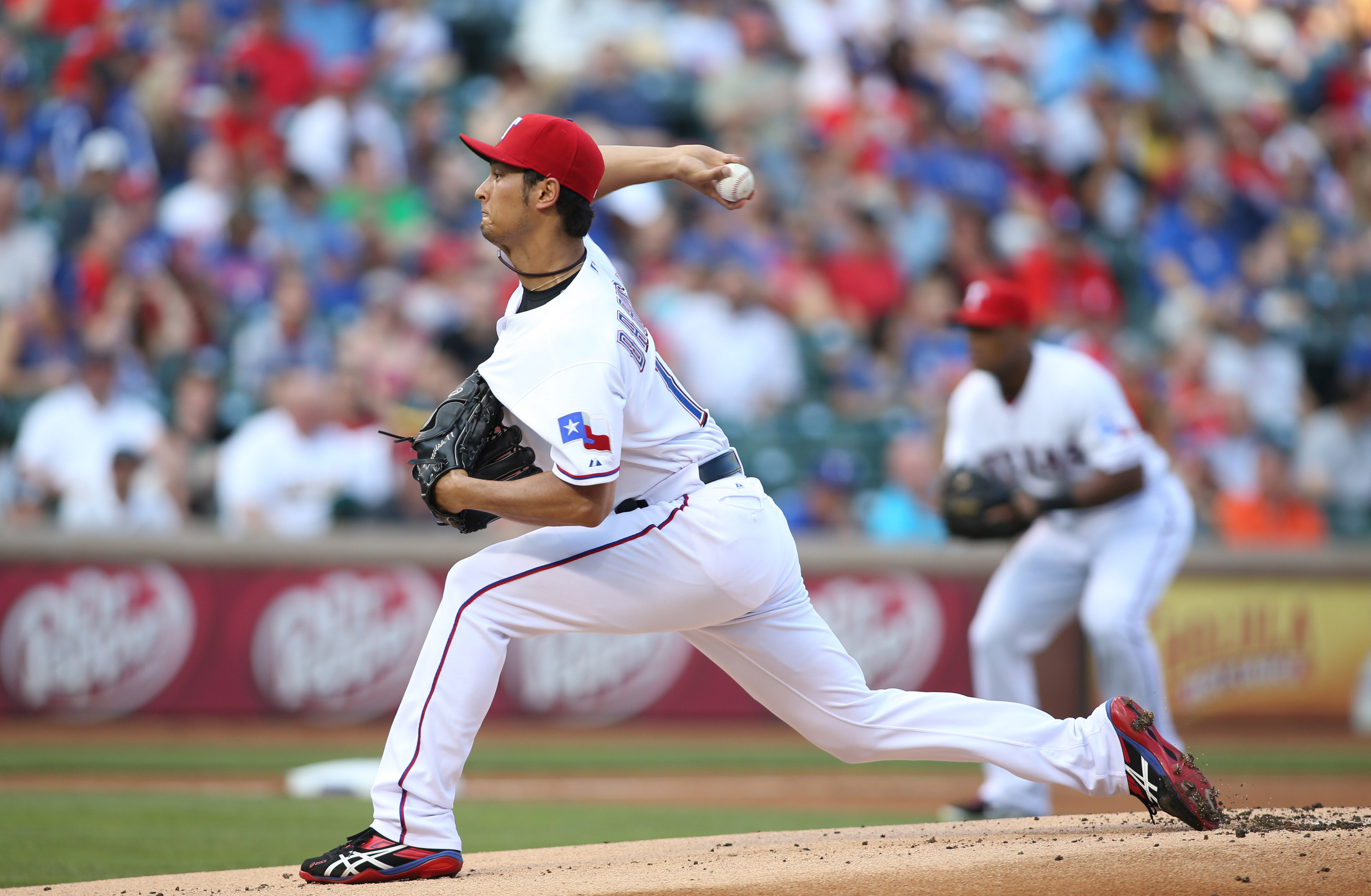 Yeah, he's been worth that huge posting fee.

Instead of talking about Yu's systematic assassination of major-league hitters, which gets a fair amount of press, let's talk about how this broke down to basically two candidates: Darvish and perennial ace Felix Hernandez. Both Yu and Felix have both the innings and the effectiveness. Where Darvish gets strikeouts like a true elite closer (34.2 K% so far this season) -- but for seven innings at a time -- Felix only strikes people out like an ace starter (25.9 K% in 2013) while limiting walks and home runs like a champ.

Both pitchers are the cream of the crop in the AL this year, and while you mileage may vary, either one would be a phenomenal choice as AL All-Star starter.

So there you have it. A lot of times, sabermetrically-minded folks are accused of groupthink, but I think we have a pretty wide range of opinions on this year's ASG starters. Sometimes it's just a spread of two guys to start, in some cases there are plenty of options -- but there's plenty to talk about here. In the interest of transparency, you can find the votes for each staff member in a Google Docs spreadsheet right here.

Oh, and for what it's worth, here's a projected lineup for the team that I've put together:

And now comes the "fun" part. In the comments below, we want to hear from our readers. Do you have a particular starter vote that you'd like to see explained? How about a player who was left off a ballot -- do you want to know why? Leave us a comment below, or hit us up on Twitter, and our writers will respond to you with their reasoning.

We'll be following up tomorrow with the National League starters. And look for more posts next week -- including the first round of reserves for both squads!

Bryan Grosnick is the Managing Editor of Beyond the Box Score.