The Best Bullpen Platoon Splits of 2013

Which relievers who have been designated to get either righties of lefties out have done the job better than the rest? Some names might surprise you while others constitute some of the better arms currently hurling baseballs from the mound.

Share All sharing options for: The Best Bullpen Platoon Splits of 2013

Type in the URL for any major sports website that carries in depth baseball statistics and instantly mountains of information. One tool most baseball enthusiasts take advantage of is the ability to look at splits for both hitters and pitchers. The most famous and commonly used split is the platoon split, a separation of the data into handedness. Given the specialization that has occurred in the modern bullpen, splitting the stats by handedness can give us a glimpse at which relievers charged with getting outs against only lefties or only righties out of the pen have performed their tasks efficiently and proficiently and which ones have failed.

Without further adieu, let's dive into the numbers, thanks to the play index tool on baseball-reference.com. 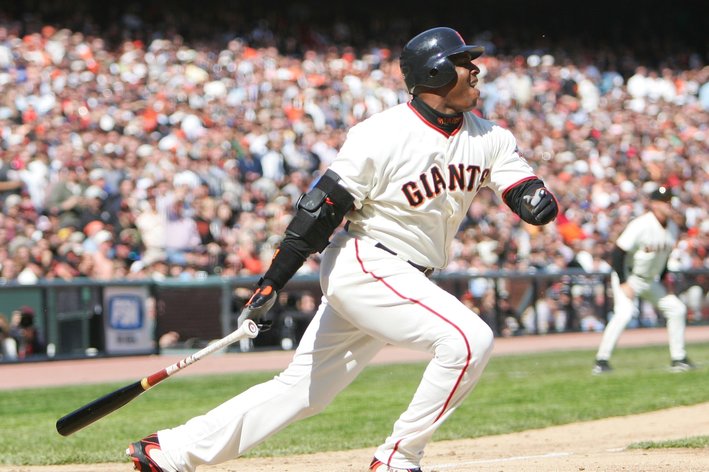 Joey Eischen, not a name you might expect as the headliner of this group, but in his career, Joey had a .672 OPS when facing left-handed batters, the best for any pitcher with at least 80 career innings pitched in southpaw vs. southpaw situations. In 2013, the two relievers making the lives of lefty hitters difficult are the Blue Jays Brett Cecil and Mets Scott Rice.

Cecil has the best platoon split of any pitcher with at least 20 innings pitched this season and it is against left-handed batters. Lefties have a .099/.110/.169 slash line against Cecil, who has been worth 1.0 fWAR this season, which is excellent for a relief pitcher at this point of the season. Going a bit deeper, Cecil's allowing a miniscule .119 wOBA to left-handed hitters, striking out 32% of hitters and of the 75 lefties Brett has faced this season, he has walked only 1. Like many LHPs, Cecil gives lefties a tough look, hiding the ball well, using a jerky motion to the plate, Cecil throws mostly a curveball, fastball, and cutter, but against lefties he goes primarily with the pitches that have more movement, the curve and cutter. In 2013 he's gotten swings and misses at 20.5% of curveballs thrown to LHB. To say the least, Brett Cecil has had a wonderful first 2 and a half months, especially when called upon to direct fellow lefties back to the pine. Video

The Mets Scott Rice has been less than stellar this season overall. Rice has posted a -0.1 fWAR so far. It's been rough for Rice at times, but certainly not against hitters who hit from the left side of the plate. So far LHHs have mustered a slash line of.169/.266/.246, a .231 wOBA against, and Rice has induced ground balls 67.3% of the time. While Cecil goes with the strikeout method, Rice, who throws a sinking fastball, changeup, and slider, barely reaches 90 mph on a regular basis, and thus utilizes inducing contact to get lefties out. Despite the fact that Rice has walked 9 of the 80 lefties he's faced in 2013, he's limited the damage by allowing only 1 home run, and has a 76.5% left on base percentage. Rice has been a career journeyman, but if he can continue to get lefties out over the course of the entire season, he could remain in the majors for a while. Video

Tom Hurd played three seasons for the Boston Red Sox from 1954-1956. Despite lasting only three seasons in the big leagues, Hurd has a career .771 OPS against lefties in his career over 117.2 innings pitched vs. RHBs.

Honestly, this platoon grouping should be called the Baltimore Orioles group because the top two righty relievers in the majors in 2013 against right-handed hitters both call Baltimore home. The first is former Ranger Tommy Hunter. Hunter, a former starter, has found his niche in the Baltimore pen, having currently thrown just over 40 innings pitched in 2013. Hunter hasn't been lights out overall, he does tend to get rocked up lefties, but when facing batters standing in the righty batter's box, Hunter has been menacing. Of the 76 right-handed hitters Hunter has faced this season, he's allowed only 14 base runners, and along with the Oriole's defense has allowed none of those runners to score. He strikes out more than 1 out of every 4 righties he faces, and allows only a 6.6% walk percentage. Hunter is a hard thrower, hitting 98 often, mixing in a cutter in the low 90's and a curveball in the low 80's showing a tough velocity difference for hitters. The power fastball ties up righties looking to extend their arms, but utilizes the cutter often (25% of the time) to righties not looking to jam them as much as starting it on the outside corner and letting it move just off the plate. Video

Before running the search for righties vs. righties, the pitcher I predicted to have great numbers in this situation was none other than Darren O'Day. O'Day throws sidearm, giving right-handed hitters almost no shot to pick the ball up well out of his hand. Add in the movement on his slider and the fact that he can touch the high 80's makes him almost unhittable versus right-handed hitters. He's allowing a .186 wOBA against to right-handed hitters, and has a 9.00 strikeout to walk ratio (27:3). From watching O'Day pitch, you can see that he doesn't care about inducing contact or getting punch-outs, O'Day induces weak contact and nary walks a hitter, making him one of the most dependable, durable, and effective right-handed reliever against right-handed hitters. Video

Lefties are rarely called upon to get righties out, but that doesn't mean that some right-handers have a knack for just those situations. Alan Embree pitched for 16 years for multiple teams including the 04' Red Sox. He has a career .774 OPS against overall against right-handed hitters. Embree tallied only 6.4 fWAR in his 16 seasons, but probably due to his ability to keep righties at bay allowed him to remain in the league for so many years.

Enter Glen Perkins and Justin Wilson. Perkins pitches for the Twins doing so predominantly in the 9th inning, making known more colloquially as the Minnesota closer. Perkins has been one of the best relievers overall in 2013, compiling 1.1 fWAR with a 1.86 FIP. He has a great K% of 38.5%, and against righties he's also proved outstanding. His K% goes up vs. righties, to the tune of 41.6%, and he combines that by allowing only 15 of the 77 righties he's faced this season to reach base. Perkins is a fastball/slider pitcher, sitting on average around 95 mph with his fastball and throwing a nasty slider that shows little horizontal and vertical movement. He keeps it simple, getting ahead with the fastball and then pounding righties with sliders away. He gets righties to swing at the slider and induces a swing and a miss on 1 out of every 4 of those sliders, making him very tough when he has the count in his favor. Perkins has good stuff, locates well, and hides the ball a bit as he pushes towards home, using the deadly combination of power and deception to get outs. Video

At 0.3 fWAR, Justin Wilson hasn't had quite the year Glen Perkins has, but he's secretly dominating right-handed hitters. Righties hit .162/.252/.262 with a .233 wOBA against vs. RHHs in 2013. Wilson has faced 40 more right-handed hitters this season, 117, than Perkins, making his numbers all the more impressive. Wilson strikes out only 25% of right-handed hitters and walks 9.4% of them, but due to a 56.8% ground ball rate and 16.2% line drive percentage, Wilson gets outs on balls put in play. Like Perkins, Wilson throws hard, with his fastball averaging 95 mph, and uses that fastball early in counts, before dropping his curveball in when ahead. Wilson hasn't shown anything out of the ordinary, which doesn't imply his success to righties is due predominantly to luck, but my guess is that if he begins to let that fastball leak into the middle of the plate, right-handed hitters will hit some long home runs. Video

Ever heard of Heaverlo? He pitched for 7 seasons out of the bullpen never leaving the Pacific Northwest having pitched for the A's, Mariners, and Giants from 1975 to 1981. This category proved toughest on the pitchers overall, and that fact is epitomized by Heaverlo's .828 career OPS against left-handed batters.

This matchup, the righty pitcher against the lefty hitter seems to be the one that managers shy away from most. Only one reliever in 2013 qualifies with at least 20 innings pitched as a right-handed pitcher to a left-handed hitter and that pitcher is the Braves Anthony Varvaro. Varvaro is having his best pro season, supplying the Braves with 0.2 fWAR in 37.1 innings pitched, 20.2 innings of which have come against left-handed hitters. Varvaro throws for the most part a fastball in the low to mid nineties and a curveball, but utilizies his changeup more often when facing lefties. Varvaro has a .215 wOBA against versus left-handed hitters and a .337 wOBA against when facing righties. This seems counterintuitive, but he's given up only a 69 wRC+ on his curveball this season, and it seems to be especially tough against lefties. Varvaro strikes out one fifth of the lefties he faces, but the major difference between the two sides against Varvaro seems to be his line drive percentage (17.5% vs. LHH 25.8% vs. RHH). As history and the 2013 season have shown most right-handed relievers don't face many lefty hitters, but Varvaro constitutes the exception that proves the rule as Freddi Gonzalez purposely places Varvaro in those situations. Video

Platoon splits matter, and more importantly managers take them very seriously, especially when given the opportunity to handpick the matchup as they do when calling on the relief core. In the next part of this series I'll move from the bump to the box to take a look at the hitters who fair well platoon-wise.