The city of San Jose finally dropped the gloves and filed a lawsuit against Major League Baseball in the hopes that it eventually leads to the A's relocation. Should we take this seriously, or dismiss it as unimportant?

In the beginning of April, I wrote an article on Beyond the Box Score titled "The A's Have Earned the Right to Move to San Jose." In that piece I discussed the situation surrounding the Athletics and a possible move south away from the bay towards more lucrative and viable pastures. Silicon Valley and San Jose, a thriving metropolitan area and surrounding suburbia, have the ability to house a Major League Baseball team, and given the paltry state of the A's surroundings, a move to San Jose seems logical and fitting.

Still, moving a baseball team from one city to the next isn't easy, numerous obstacles stand between the A's and San

Search for the Next MLB City, Part Three: "The Dependents" 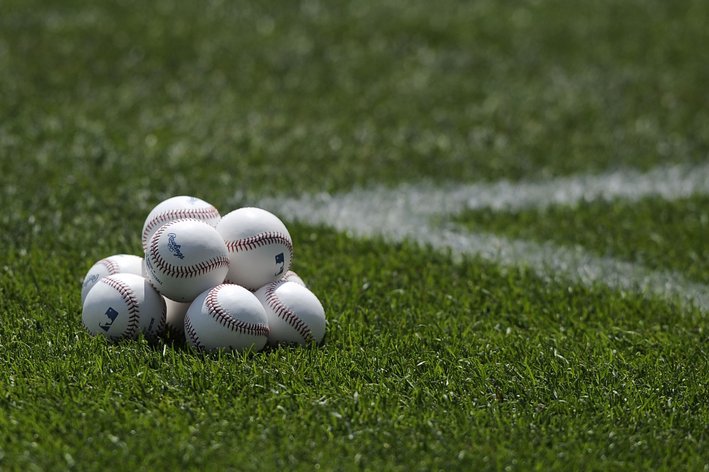 For more research into ballparks, moving teams, and the next MLB franchise, check out Ken's latest in the series.

Jose. I mentioned a few of them in that previous piece, but the major ones include the difficulties involved in moving a franchise under the MLB constitution and bylaws, Commissioner Selig's refusal to properly deal with the issue, and the interest of the San Francisco Giants, who currently hold economic claim to the Santa Clara County area. In concluding my piece I gave my opinion and prognosis:

"Personally, I'm sick of all of it. The Athletics deserve the opportunity to flourish like every other MLB franchise. Given their knack for winning despite low payrolls and daunting opponents, and the publicity the team has created for the game in the last decade, the A's, yes even more than the Rays, deserve a get out of jail free card. Unfortunately, until Selig retires, which he has said he will do after the 2014 season, or the Giants miraculously back off, the A's will remain in Oakland."

Well, now the city of San Jose has thrown us all a curveball, and not just any curveball, an Adam Wainwright knee-buckler. The city of San Jose has officially filed suit in federal court against Major League Baseball for blocking the move of the Athletics from Oakland to San Jose. When I first saw the headlines, I actually kept on surfing the Internet, thinking that this must be another weak attempt at trying to change an immovable situation. Years have gone by, hundreds of articles written, and numerous plans made, and still the Athletics remain in Oakland, and San Jose has Sharks as their lone major sports franchise.

Just before the news broke concerning the lawsuit, a sewage pipe burst at Oakland Alameda County Coliseum spewing sewage into the clubhouse. Now, while many may think baseball players make too much money and have a pampered lifestyle they may not have deserved, working in conditions that involve open sewage just isn't in most job descriptions. If you'd like a more complete description of the situation, check out this synopsis by tweets. Maybe there's a connection between the lawsuit and this latest issue with stadium functionality, but more likely, it merely better publicizes an issue set to burst at any moment.

In a well-written piece on ESPN, legal analyst Lester Munson, describes the suit, and gives his current view of the situation. The lawsuit filed by a prominent law-firm in San Jose known for arguing antitrust cases, most prominently attacks MLB's long-standing antitrust exemption. That's the exemption that allows baseball to basically run a monopoly in every city in which a team exists, and as a league, control those teams through its own bylaws. Currently, according to Wendy Thurm of Fangraphs, under the current MLB rules:

"...a team can move into the territory of another team only when the following conditions are met: a vote of three-fourths of the owners approving the move; the two ballparks are located at least five miles apart; the move results in no more than two teams in a single territory; and the team moving compensates the team already in the territory."

The city of San Jose understands the difficulties involved in gaining a franchise by the rules of MLB, given that ¾ of owners must vote in favor of such a move and that in this case the Giants would also have to allow it. In lieu of these obstacles the city has essentially gone of MLB's head, attempting to rid baseball of it's antitrust exemption by appealing to the courts. As Munson mentions, this may be not only a solid strategy, but one that could alter the future of the entire league.

"The exemption is unlikely to survive the San Jose attack if the lawsuit is not settled and proceeds to a trial. And if that happens, MLB will find itself facing a new form of free agency. Any owner of any franchise will be able to move the team anywhere the owner wishes. Under the current structure, any move of a team requires a three-fourths vote of the owners. If, for example, the Miami Marlins or the Tampa Bay Rays decide they can produce greater profits as a third team in New York or a first team in Las Vegas, they would be free to move."

Munson goes on to mention a number of reasons that the lawsuit seems substantiated, also implying throughout the piece that San Jose has a legitimate case, has argued for that case well in the brief, and could win this case if it was to get that far. That last bit, concerning if the case ever reaches a judge, is vital. MLB may file a motion to dismiss, but if after a few weeks or months, the league realizes it will lose, or at least not win, a settlement or resolution outside of a courtroom would be likely. MLB will try to keep their antitrust exemption at any cost, even if it means allowing this move to happen, one way or another. Still, inevitably, MLB may have to relinquish its special status and conform to a brave new world, at least for the league. In discussing the hypothetical case that this lawsuit reaches the Supreme Court, Munson gives his opinion of a possible outcome:

"The higher courts of the U.S. have been demonstrating an increasing unwillingness to grant MLB or any other sports league further exemptions from the antitrust laws. The clearest indication of the trend came in the decision of the U.S. Supreme Court in American Needle vs. NFL, in which the NFL sought such an exemption. The NFL suffered an embarrassing 9-0 defeat in its effort to obtain the kind of exemption that MLB has enjoyed for generations. An opinion by John Paul Stevens in that case offers MLB little hope of preserving its exemption on market territories."

From Munson's perspective, MLB has little to stand on, and could very well finally find itself in the proverbial corner. Honestly, I think this is a clear case of hubris. It was the hubris of the Giants and the commissioner that have made a situation that seemed clear cut to come to such a possible end. I would rather no legal action be taken, but for San Francisco to amiably relinquish their hold of the San Jose area, as the A's once did when former owner Walter Haas gave the area to the Giants. I like tranquil and gentlemanly transactions, but after years of stagnation, it seems that something finally may change, and in this case, change may be for the best.

The great Sam Cooke once sang, "A change is gonna come", and given the state of the Oakland A's surroundings, their team, and the recently lawsuit filed by the city of San Jose, a change may very well be in the cards. Currently, MLB has a few weeks to respond to the lawsuit, so the ball is in their court, something the league never expected, but now must deal with. Who knows, maybe one day we'll actually see the A's playing in San Jose. Hey, it could happen.