On Wednesday the final score read Royals 3 Tigers 2 in 10 innings. The Tigers entered the 8th with a 2-run lead, but failed to achieve the only goal that matters, winning the game. The blame game began and names like Valverde and Coke began to fly. Maybe Jim Leyland is at fault, or could it be the modern bullpen philosophy as a whole?

Share All sharing options for: Bullpen Usage & the Detroit Tigers

Each week a few games, incidents, or comments, capture the baseball world's attention just a smidge more than the truckload of other content the sports produces on a consistent basis. This past week the Dodgers and Diamondbacks made some noise by forgetting about gloves and instead throwing baseballs at each other's heads. Last week the baseball world was abuzz with the first year player draft, discussing the players selected, the recently implemented drafting system, as well as whether the draft should stay or go.

One story that became persistent as this past week went along concerned a topic discussed often amongst SABR folk. This concerns the bullpen usage, and more specifically, the use of the best pitchers MLB bullpens have. On Wednesday, Yahoo! Sports writer Jeff Passan wrote a piece on the Detroit Tigers, focusing on their recent loss to the Kansas City Royals.

First, a quick recap of the game. The matchup pitted aces Justin Verlander and James Shields who both pitched very well, but when both teams turned the game over to their respective relief cores, Detroit clung to a 2-0 lead. By the time the bottom of the 9th concluded, the game was tied 2-2, and once KC reliever Gregg Holland dispatched of the Tigers' three best hitters in the top of the 10th, the Royals quickly won the game in the bottom of the inning off of Detroit lefty Phil Coke.

Passan discussed the man who pitched most of the 9th inning for the Tigers, Jose Valverde. He mentioned that when the season began Valverde had not yet signed with a team, and only after young flamethrower Bruce Rondon showed the club he needs more work in the minors, did the Tigers sign the eccentric Valverde to a 1-year contract worth $2 million. In modern baseball, the term closer refers to the relief pitcher designated that collects saves. Since saves imply finishing the game, these pitchers usually throw in the 9th inning, and almost always do so when their team has a lead, but not too big a lead, 3 or fewer, otherwise their talents are thought of as squandered on a lesser situation.

"Never is it good when the list of what's right with a bullpen runs two deep and what's wrong hogs the remainder."

Passan refers to the Tigers bullpen as two solid pitchers, Drew Smyly and Joakim Benoit, and the rest mediocrity or worse. In backing up Justin Verlander's 7 strong innings the Tigers put in Smyly for the 8th and Valverde for the 9th. It seems elegant, like a perfectly formulated geometry proof, with the "ifs", "thens", and QEDs in the right spots. Instead, after pitching Miguel Tejada, Alcides Escobar, and Alex Gordon (8,9,1 in the batting order) in the 8th inning, Smyly began the 9th to face lefty Eric Hosmer after which Valverde entered the game charged with getting the final 3 outs. After allowing the tying run to cross the plate, old-schooler Jim Lyland replaced Valverde, not with the, according to Passan's analysis the remaining above-average pitcher in the Tigers bullpen, Joakim Benoit, but instead inserted Phil Coke into the game. Coke remained in for the 10th, an inning in which the he gave up 2 singles and got two outs, but not the third.

What's in a Start? 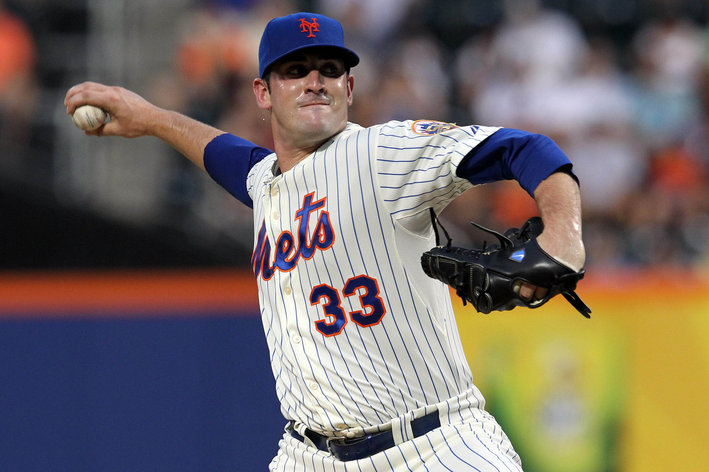 To further your knowledge of pitching, check out Matt's discussion of the aspects of a start, and how we should analyze them.

In a piece written on ESPN the next morning, Buster Olney discusses the same topic as Passan the day before. Olney titled his piece, "Papelbon a fit in Detroit?" His title not only assumes the Tigers need bullpen help, but completely blows past any solution that doesn't involve trading for an expensive, yet fairly reliable reliever from another team. In the article Olney describes the Tigers club in a similar manner to Passan.

"There is so much to like about the Tigers this year, a rival evaluator said earlier in the day -- their rotation is outstanding, they have a really good offense and their outfield defense mitigates some of the problems created by their infield defense. The evaluator noted that in his team's internal metrics the Tigers are the best team in the majors, and by a significant margin."

Using Fangraphs tabulation of WAR, the Tigers rank well in hitting, starting pitching, and relief pitching, showing well-roundedness, the sign of a team that can go the distance.

Still, in his article, Olney's main topic concerns finding a replacement for Jose Valverde as the closer of the Tigers bullpen, and he does so by discussing numerous trade options, and even mentions one internal option at the very end. He preempts this trade debate by quoting this statistic.

"Hitters went 3-for-39 with zero home runs against Valverde in his first 12 outings of the season, and are 10-for-27 with five homers in his past six appearances."

Basically, Buster breaks down Valverde into the good and bad by minimizing an already tiny sample size of work. Relievers don't throw many innings, making them more difficult to analyze with certainty, but when Mr. Olney shrinks that down to 6 outings, the manners by which to analyze become more limited. This could prove to be mechanical failure, or maybe Valvede is tipping his pitches, or quite possibly hitters have gotten luckier. It's also quite possible that in his first 12 outings, Valverde faced lesser competition, but the concentration of above-average hitters faced has gone up in his last 6 outings, and since he isn't that good a pitcher, it shows in his numbers.

The numbers in the chart above show how Tiger's relievers with at least 10 innings pitched this season have faired. Like Passan said, Benoit and Smyly have performed better than the rest, and despite Valverde's originally solid 12 outings, he's compiled a 5.89 FIP, 4.02 xFIP, and that's despite a low .197 batting average against. Now, how do these relievers fair in high-leverage situations, like those faced by Smyly, Valverde, and Coke at the end of Wednesday's game?

Benoit and Valverde have pitched most innings of high-leverage baseball, one showing this to be a strength and the other not so much. If Benoit pitches mostly in the 8th while Valverde the 9th, the combination of the two shows that the Tigers get about average pitching in the last two innings of the game. According to these early stats, pitchers like Phil Coke and Jose Valverde should not find themselves pitching in high-leverage situations, while Benoit and to some extent Smyly should instead take the mound when the situation constitutes crucial.

In a piece for Baseball Prospectus Russell Carleton took up the topic of bullpen usage. He discussed the idea that managers misuse their best relievers by saving their "closers" until their team has a lead and finds itself within spitting distance of the end of the game. After running the numbers, Carleton found no difference outcome-wise when closers pitch in a tie game versus with the lead, but he makes the point that these pitchers, if they actually constitute the best of the bullpen, should pitch in the most immediate crucial situation. If a road team in the bottom of the ninth or in extra innings finds itself tied, the solution should always be to throw the best reliever left in the pen because if that team doesn't keep the game tied, they cannot play the next inning and thus give themselves even a chance to win.

"Closers do not pitch worse when protecting a tie. In fact, they pitch differently, and in a manner more suited to the situation. And yes, using your closer in a tie game might mean sending a lesser pitcher out to protect a lead, but you need to get through the current inning before you can get that lead. And even if the substitute closer (who might be your long reliever in his fourth inning of work because he's the last man standing in the bullpen) blows the save, the team will survive."

"But the reluctance to use a closer on the road in a tied extra-inning game has to stop. Inferior relievers are being put into situations that call for the best available option, all to serve a human failing (loss aversion) and the weird idea that all a "closer" is allowed to do is pitch in save situations. Managers (and fans) are making decisions based on their emotional state, and this is a time that calls for cold, calculating rationality. That's not always comfortable, but there's a difference between the strategy that feels the best and the one that is most likely to win you a ballgame."

Between the misuse of the Tigers bullpen leading to articles describing their need to trade for a replacement "closer" to a great piece concerning bullpen usage and risk aversion, the baseball world seems focused on relievers this week. While I applaud this, and hope it leads to the abolishment of the modern bullpen, psychology and tradition are two forces that have strong bonds, and breaking through those barriers can prove a monumental task that often takes many years.

1) Do you agree that the Tigers problem this season has been their bullpen or the manner in which Jim Leyland uses his relief core?

2) Should the Tigers trade for a reliever like Jonathan Papelbon, or does a better simpler, and cheaper solution exist?

3) What are your thoughts on Carleton's work, and what else would you add to changing the way managers employ their bullpens?