2013 Cardinals and Estimating the "Skill" of Hitting with RISP

Investigating the Cardinals success with RISP, and testing to see if batting average with runners in scoring postion is a repeatable skill, then estimating an expected "skill" in the clutch.

Share All sharing options for: 2013 Cardinals and Estimating the "Skill" of Hitting with RISP

Browsing Twitter a few days ago, I came across a Buster Olney tweet that sparked quite the conversation between old-school and new-school fans about "skill" and hitting in the clutch. Naturally, it piqued my curiosity regarding the volatility and sheer luck revolved around hitting with runners in scoring position. Here is the tweet:

The Cardinals 6-for-16 with runners in scoring position tonight. In other words, standard operating procedure for 2013, so far.

Afterwards, there was a long heated debate amongst the fans -- some saying that the Cardinals success with RISP was due to regress to the mean, others refuting such a phenomenon occurs and boasting that the recent surge was sustainable.

Mr. Olney joined in suggesting that the RISP success should be credited to the players:

So, @dgrassi12 are you really suggesting that STL's success with RISP is just a matter of numbers falling their way? No credit for players?

Now, Buster Olney is right to a degree. The players should and do get credit for what has already occurred, that the Cardinals are smashing the cover off the ball with RISP and at a historical pace -- a .341 batting average. But a saber-thinking fan of the game knows better than to assume that with ninety-something games left, the Cardinals will break this record. Now something like this is possible, but at the same time it is highly unlikely and here is why.

If the Cardinals keep the pace, they would nearly lead the list of all-time top batting averages with runners in scoring position, and as a National League team -- at .341.

However, the Cardinals performance in situations other than RISP would suggest they are over-performing in the clutch.

Their .375 wOBA leads the majors with men in scoring position, but they rank just 25th with the bases empty with a .292 wOBA.

Meanwhile, as pointed out to me by our very own Matt Hunter, the Cards have the highest RE24 of any team, but the largest differential between RE24 and wRAA in the entire league. Meaning that the Cardinals deliver in high leverage situations, yet overall produce very little in comparison hitting in low leverage environments.

Now hopefully this gives you the picture that perhaps the Cardnials are over performing in the clutch, relative to there success in all other situations.

Not to mention, it is hard to assume that hitting with runners in scoring postion is some kind of skill at all.

By taking every team's batting average with runners in scoring position in year one, and then looking at the same numbers in year two we see that the correlation is 21% -- hardly significant at all.

The question is, how can we capture skill in wOBA? Is there a way to find the RISP skill relative to a team's hitting ability overall.

Quantifying the Game's Most Efficient Attacks 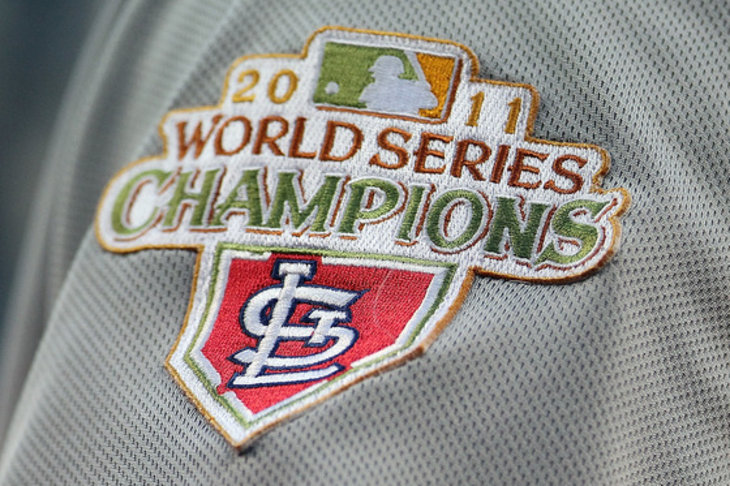 Now back to the Cardinals. For a team that is so great in hitting in the clutch and not so great in comparison with men not in scoring postion, there has to be a way to estimate their true skill based on their wOBA in each scenario.

In fact, if you are familiar with "The Appendix" in The Book, you may remember a method of finding random variation in wOBA and a similar method in finding skill in OBP.

To find the random variation or the uncertainty of wOBA the formula is as follows, as per The Book.

To find the wOBA skill of this Cardinal team we will need to find the uncertainty of their wOBA total in RISP. By using the formula above we get the number of ±0.020. Using this method we assume that the Cardinals wOBA with RISP is .375±0.020.

Now using the same model The Book uses for predicting skill for OBP we calculate the RISP wOBA Skill:

That is still an impressive wOBA in the clutch but it is no longer top of the pack.

"DIFF" being the difference between Skill and wOBA RISP:

The Red Sox are the surprise leaders RISP Skill because they exhibited similar performances in both RISP situations and all other situations.

Theoretically, teams with a large negative differential between Skill and wOBA RISP would signify that the club has had a lot of luck with RISP. Those with a positive DIFF are "due" for some improvement in the wOBA RISP category, because in theory they should be doing better when comparing their overall wOBA totals:

You can see now that the Cardinals have the largest DIFF between RISP skill and performance, suggesting that perhaps they are out performing their actual abilities in the clutch -- like we suggested they were.

The point is the Cardinals have been clutch - there is no denying that. However, when we consider the large differential between their actual wOBA and their wOBA with RISP, it is hard to ignore that The Birds are over-performing in the clutch.

Now, no one knows when or how the Cardinals will regress, if they will at all. All we know is that a regression to the mean is likely and real, with the Cards being prime candidates to regress with RISP.