Recently, MLB decided not to implement an international draft, which has left quite a few people perplexed. I went and sought answers from a big name on the international scene: Baseball America's Ben Badler.

Share All sharing options for: International Draft: An Interview With Ben Badler

When MLB turned down the opportunity to have an international draft, it really surprised a lot of people. I got in contact with Baseball America's Ben Badler and asked him a few questions about why this decision was made and what the implications would be:

Q: Before we get into any specifics, what was your reaction to the news that the league wasn't going to have an international draft? Were you surprised at all? It seems like this is a topic that has been on the back burner for a while.

Q: In regards to a possible international draft, what do you think are the risks and benefits involved? Are there certain teams that you think would specifically be inhibited by such a format? Are there teams you think would have a distinct advantage?

A: One of the risks is what it would do to the talent pool. There's a fear among some people that a draft would diminish the talent pool, and a lot of people like to talk about how an international draft would kill baseball in other countries. Like just about anything in a potential international draft, it's way, way more complicated than that and would depend on the structure of the draft. As long as the draft is set up by people who understand talent development and not just with cost-cutting in mind, the talent pool in other countries will still be able to grow. The teams at an advantage or a disadvantage would change every year, assuming the draft was ordered strictly by reverse order of major league winning percentage from the previous season.

A: The problem with having one draft is that the international players would get crushed. Forcing a 16-year-old Dominican player to have to compete in one draft against 18-year-old high school seniors and 21-year-old college juniors from the United States puts the international player at a huge disadvantage. As talented as someone like Ronald Guzman, Franklin Barreto or Eloy Jimenez are, if you put them in one true worldwide draft, they might be first-round picks, but there's a chance they might not even go that high. Those players would have their value hurt, but especially as you go down further, the market for the mid-range players and some of the solid international players you can sign in that $100k-$300k range would suddenly crater in value if they had to compete in the same market as more advanced players from the United States.

10 International Prospects You Should Know

Q: To follow up on question three, how much do you think the union and owners would each promote/oppose a mixed draft?

A: It would depend on the structure of the draft. Do you hold the draft on July 2? If so, I don't know how much teams would truly change their international operations. If you hold it, say, at the Winter Meetings or in February to try to get players signed in time for the Dominican Summer League season--this might also involve raising the signing age--now you have time for more American scouts to spend time overseas crosschecking players.

Q: If a draft were to be instated, what international players do you think would be eligible? For example, we've seen Yu Darvish, Yoenis Cespedes, Jorge Soler, Jurickson Profar, Miguel Sano, and a bunch of other players come over in different ways in the last few years. Would all of these players be eligible for an international draft, or would there be limitations on age and experience in regards to eligibility?

A: Profar and Sano signed as 16-year-olds, so players like them--well, there aren't many players like Profar and Sano, but you know what I mean--would be subject to a draft. Darvish was a professional player under contract to the Nippon Ham Fighters of Nippon Professional Baseball in Japan who was signed through the posting system, so someone like him or Masahiro Tanaka would still go through the posting system rather than be drafted. Cuban players like Cespedes and Soler are a little trickier. Under the bonus pool system, the current rules are that Cuban players who are at least 23 and have at least five seasons of professional experience in a recognized foreign professional league--like Serie Nacional in Cuba--are exempt from the bonus pools. If they went to an international draft, I would presume they would just transfer that rule over to the draft, which means Cespedes would not be subject to an international draft and could sign as a free agent with no restrictions, while Soler would have to go through a draft.

Q: As a follow up to question six, how do you think international talent compares on a whole to Rule 4 talent? To give some perspective for readers, where would you rank the above players in their respective drafts?

A: I talked about it some earlier, but it's hard for even the best 16-year-olds on the planet to compete with players who are 18-year-old high school seniors or 21-year-old college juniors. It's not anything that's unique to Latin American players--if you put the top 16-year-old high school sophomores in the draft, they would get crushed too--but the difference can be even more exaggerated in Latin America where the players don't have the same resources as players in the United States at the same age, which can be a hurdle to their physical development.

Hitchhiker's Guide to the MLB Draft 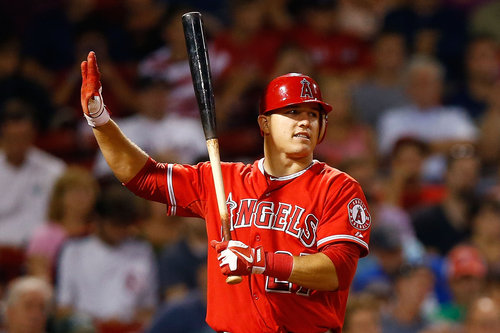 I take a look at a bunch of different strategies involved in the current amateur draft, which includes a brief look at the international scene.

Q: You're commissioner for a day, and you're given one responsibility: choose the draft format. You can either: 1) Keep things as they are, 2) Do separate Rule 4/International drafts, or 3) Do a mixed draft. Which do you choose and why? Are there any other alternatives than the three given that you think would work well?

A: A mixed draft is out of the question for me. One of the main questions I would ask is: What is in the best interests of the kids involved? That may sound counter intuitive and it's not a typical approach to running a league, but MLB teams are signing players as young as 16, which means they're typically scouting them anywhere from 14-16 years old. What is best for the kids, in the long term, is going to be best for the growth of the game. That doesn't necessarily mean there shouldn't be a draft, because a draft could potentially benefit certain players better than the current system does. Developing and implementing a system that helps players will help expand the talent pool in countries where baseball is already thriving, it will help grow the the game in countries that aren't yet a fruitful source of major league talent and it will help players become more developed by the time they're ready to begin their professional careers, which in turn helps increase the accuracy of scouts' evaluations and makes life easier for teams' player development staffs.

A big thanks to Ben Badler for taking time out of his schedule to do this interview.