If Chris Davis continues on this pace, his 2013 performance will rank among the best offensive seasons of all time.

Last year, Miguel Cabrera won the Triple Crown. Regardless of the MVP race and regardless of Mike Trout, there is absolutely no denying that Cabrera had a monster offensive season and was at least tied for the best hitter in baseball.

Chris Davis has been better.

Maybe you already knew this. Maybe you didn't. If you didn't, get ready to be blown away.

Let's start with Davis' season historically. Now, this probably doesn't need saying, but keep in mind that he will almost surely regress back towards more reasonable numbers. There are probably players every year that perform at ridiculous levels at this point in the season, and the vast majority of them do not keep it up throughout the season. That being said, here are the top 15 seasons in the history of baseball by wRC+:

That's right. These are the top 15 offensive seasons ever. Ahead of Chris Davis on the list are Bonds, Ruth, Williams, Hornsby, and Mantle, undeniably among the best hitters to ever play the game. Davis is in damn good company.

Just for fun, because that's really what this post is all about, here is a list of all the seasons in the history of baseball with a batting average over .350, an on-base percentage over .440, and a slugging percentage over .760:

Oh hey, what do you know? Chris Davis, were he to continue this pace, would be among four players ever to have those stats. And this is in a much worse offensive environment than most of those other seasons.

These are all some crazy numbers. But what's possibly even more unbelievable is Davis' season compared to what he has done in years past. 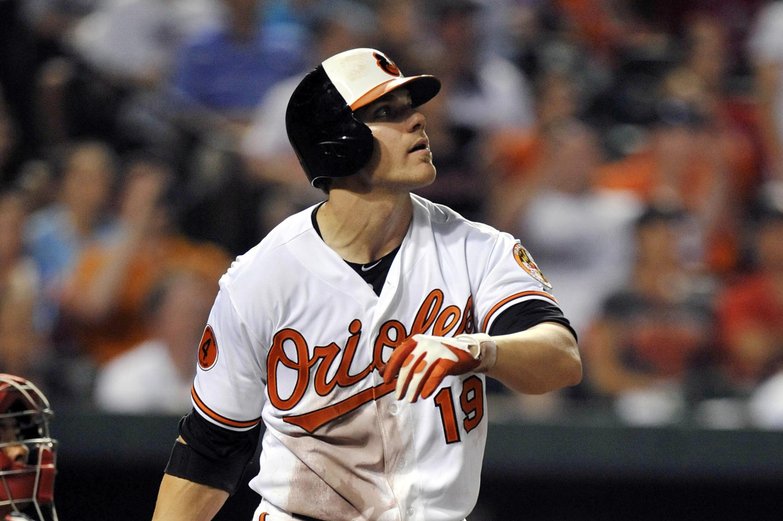 Back in April, Max Weinstein predicted possible paths for April's biggest stars, including Davis. The very top range of expected outcomes for Davis were lower than what he did in May.

I could probably go on for a lot longer. But I think the point has been made. Davis is having an absolutely monster season. A season which, if Davis continued, would rank among the best offensive seasons of all time. His underlying stats are almost all huge improvements over his career numbers, indicating that maybe, just maybe, something has clicked for Davis this year.

Of course, as I said earlier, this is absolutely not reason to think that Davis will continue performing like he has thus far, and significant regression should be expected going forward. But even though Davis' season has likely been the product of unsustainable performance and some luck, we can still appreciate it right now for the unbelievable spectacle that it has been.

You're my MVP, Chris Davis. Of baseball, and of my heart.

All stats come from FanGraphs.