In the final post (For the moment) on opponent-adjusted statistics, the OARA (Opponent Adjusted Runs Average) leaderboard for 2012 is given.

So, over the last couple of weeks, I've been messing around with adjusting player performance for the quality of performance. The idea is pretty common: If a team got to face the NL Central half the season, they'd be expected to do better than a team facing the AL East. The idea can be applied to a large group of statistics, so that's what I was messing around with. 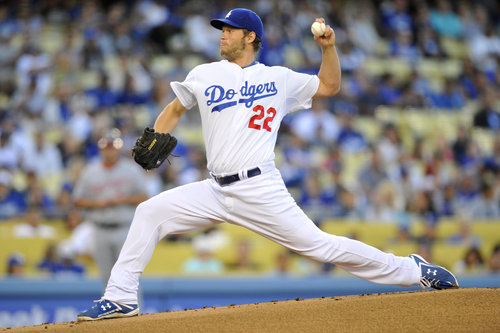 In the first post, I looked at what I called OARA (Opponent Adjusted Runs Average) for pitchers. I motivated the example with the difference between David Price and Clayton Kershaw for 2012. Following that, I went with OAEW (Opponent Adjusted Expected Wins), with the motivation being the 2012 Baltimore Orioles and Cincinnati Reds.

To finish this off, I'm going back to the OARA for the 2012. I look at the 88 starting pitchers who qualified for the FanGraphs leaderboard, and get their OARAs for the season.

So, before going to the whole leaderboard, I want to recap the whole OARA hierarchy. I would explain this further, but I'd have to explain the whole Bayesian paradigm of statistics. So, in general, the idea is that the runs allowed in the game can either be "blamed" on the pitcher or the opposing team. Mathematically, this can be represented as a mixture distribution, specifically two Poisson mixtures. These mixtures have a certain probability of occurring, with the probabilities summing to 1 (Eliminating the probability of an unknown source of blame).

The two Poisson distributions are governed each by a mean λ value, which can be looked at as the average R/G allowed. After all this, our hierarchy can be defined as

So, again, we have our hierarchy, and we then use a Gibbs sampler to estimate the probability that a pitcher gets blamed for the runs allowed in the game, that is P(zi=1). From here, we calculate the Opponent Runs Adjustment for each start, specifically

We then calculate OARA like we would an ERA, summing all the above adjustments, dividing by innings pitched, and multiplying by 9.

So, after that recap, we now go into the leaderboard. Included in there is the pitcher's runs allowed per game, their OARA, the average opponent R/G, and the difference between R/G and OARA. It's important to note that just because a pitcher has a high Opponent R/G, this doesn't guarantee anything with OARA. What matters in the calculation of OARA is how the pitcher performs against each individual opponent. Also important to note is that OARA is highly driven by the pitcher's runs per game rate. So even if a pitcher with a high R/G rate faces slightly tough competition, his OARA might increase slightly.

The pitcher who gained the most from OARA was also its leader, Felix Hernandez. The pitcher who lost the most was Paul Maholm, who lost almost a full 1.5 runs Both of these cases are examples of the point I made above. Hernandez did face tougher than average competition, but David Price faced even tougher opponents. Yet Hernandez gets a better OARA. This comes down to how Hernandez was playing against each individual opponent. A.J. Burnett faced easier competition than Malholm, but Maholm did worse against some lower quality opponents, raising his OARA.

All this to say, this is just an interesting way to try to adjust for opponent. While it doesn't give the entire picture, it can give us indications of who does benefit from the opposition faced.