The Sabermetrics of Little League

Occasionally, saber nerds come out of their basements long enough to make children. And sometimes, those children play Little League baseball. Little League may only vaguely resemble “real” baseball, but that doesn’t mean we can’t analyze it.

Share All sharing options for: The Sabermetrics of Little League

This spring, my five-year old son Nolan started his first year of organized ball. I’m a proud papa who loves seeing him succeed in this new endeavor that he loves so much. But I’m also a saber nerd, so I inevitably think about how sabermetrics relates to this innocent version of the game he plays. This morning, I thought I’d share some of those thoughts and ask you to share some of your thoughts on your child’s baseball league.

A bit about the league

My son plays for the Angels in the Pinto Division of SIBL (the Swansea Independent Baseball League) in Swansea, MA. The league’s tagline is "Where the Elite Compete". Sounds like pretty bold words. Basically, what it means is that they are independent and it’s a bit more of an accelerated program.

For example, my son is five (though he has six- and seven-year old teammates). That’s tee ball age. And he does hit off the tee. But for the final three innings of each six-inning game, he faces live pitching from his coach. If he gets three strikes, he’s out. I was a bit nervous about this half of the game. But after Nolan whiffed the first two times he faced his coach, he followed that up with solid singles in his next two at bats.

In the Pinto division, each half-inning goes until five runs or three outs are recorded. Teams use ten position players (employing a left-center fielder and a right-center fielder) both when hitting off the tee and when coaches pitch. The batting order includes every player on the team. The team only has eleven players (one or two teams have twelve), so at most one player sits at a time. However, if one child misses a game, everyone plays every inning. If two children miss the game, we can either give up one of the center fielders or give up the catcher (in that case also forfeiting the ability to record outs at home). If more than two children miss the game we’d have to forfeit the game (this luckily hasn’t happened).

And now a couple observations… 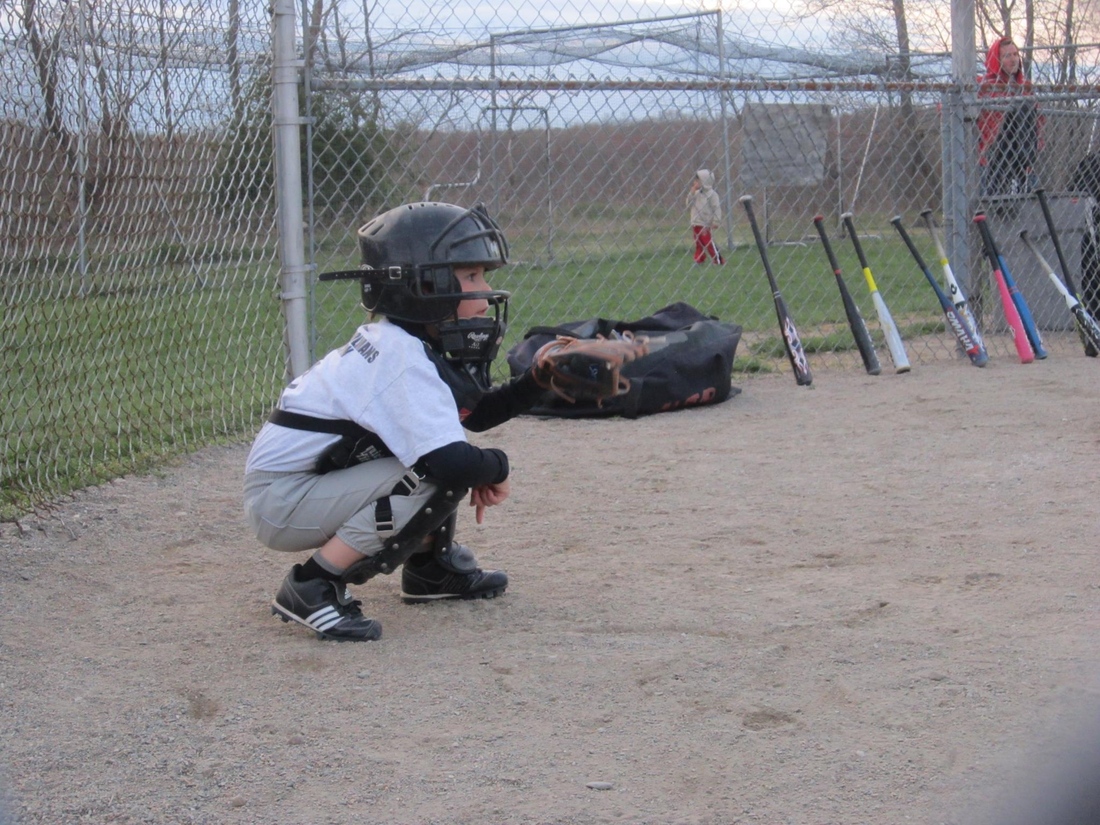 In my son’s league, the spectrum looks something like:

There are some pretty big differences:

15 runs is about what I’d expect a typical team score in a single game at this level because:

Now, at this point the Angels are 4-0. Of course, the players and coaches are very pleased. The success so far can be attributed to two things:

The defensive efficiency at this level can be seen in the team’s BABIP (batting average on balls in play). Right now, the Angels have 127 hits in 131 balls in play (I’m not calling anything by a five-year old an “error” because I’m not an ass). That’s good for a BABIP of .969. Yes, his team actually has statistics posted.

There are some other things worth watching, like the difference in defensive skill on weekends vs. weekdays. Each weekend game has resulted in 11 runs allowed by the Angels. The weekday games have resulted in 15 and 14 runs allowed. Perhaps the kids are sharper when they haven’t spent an entire day in school (and other activities).

Now, even though I’m digging into the numbers behind the performance of a five-year old, I don’t want you to think that I’m one of those insane Little League parents. In fact, that’s the main thing I was worried about with getting Nolan into this league. It can be a bit more intense and lead to more intense parents. Thankfully, there haven’t been many of those yet. During the games, I do pride myself on never really knowing what the score is and just trying to keep the mood light and fun.

But when the games are over, I do like to see what happened and what went into it. It’s just the way my brain works.

The key is to remember that these are just kids and kids are supposed to have fun. At a recent practice, we realized we weren’t really focusing at all on plays at home—just plays on the bases. So, we did a little drill with the kids where they tried to make plays at the plate. It was as if we were asking them to land on the moon, so we stopped. They’re having fun… they’re winning… there’s no need to take it too far.

What kind of observations have you made during your child’s baseball season?

The Angels take on the Athletics tomorrow at noon. Follow Adam on Twitter at @baseballtwit and you’ll be sure to hear about the results and see photos.