Happy Tuesday everyone. The SaberSphere is here, but today's sphere is a bit lighter than usual. I hope everyone enjoyed their holiday weekend. As you settle back into your everyday routine, check out some solid articles from around the internet.

Today's SaberSphere discusses youth pitching, the Cubs inability to get on base, a Mariners prospect, Twins pitching, and Chris Colabello. Enjoy!

Previously on Beyond the Box Score

SaberSphere 05/27:WAR, The Draft, and Gausman 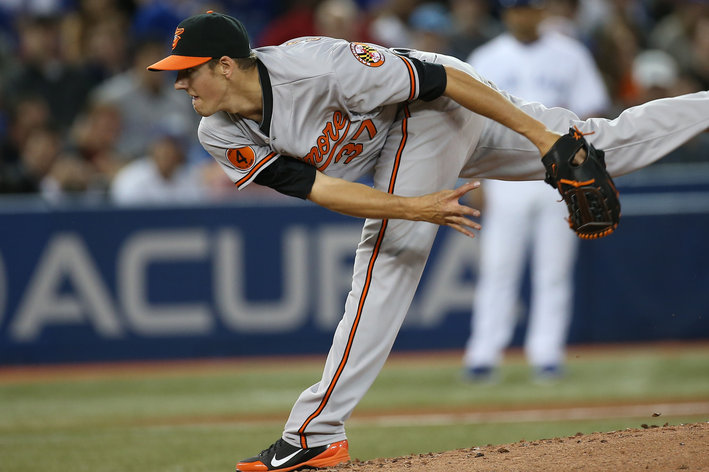 If you missed it, check out Monday's SaberSphere

Ciao, have you heard of Chris Colabello? Well, get ready for a swift introduction. Andrew takes you from Chris' college days in Worcester, to the 2013 World Baseball Classic to Minnesota. It's a fun journey, so fasten those seatbelts.

So many of today's best pitchers are under the age of 26, and it isn't a coincidence. Whether it's innovations in prospect development, better draft strategies, or just an overall stronger knowledge of all things pitching, we are blessed to have a large group of young pitchers in MLB that dazzle us on a nightly basis. How has this group been doing in 2013? I took a look at this question.

Shoulder matter a lot in baseball, but usually that type of discussion centers on pitchers, not hitters. Still, hitters injure their shoulders as well, and even post-rehab those injuries can have devastating affects on their production. Recently some superstar-caliber players have had injuries to their shoulders, and Peter Gammons takes a look at these players and discusses the intricacies of their recoveries.

The Minnesota Twins have always had fascinating outlooks on pitching, both in developing and acquiring hurlers. This has something to do with Rick Anderson, Ron Gardenhire, and others. Scott Strandberg dissects this topic, giving the reader a solid overview and numerous examples.

Did you see the Rangers Mariners game from Friday night? Well if not, the umps screwed the pooch again, making a visible, fairly obvious, and egregious blunder on a "double play." Rob analyzes the play, the umpire, and the situation.

The Mariners have one of the deepest and most talented farm systems in the majors, and it seems as though one infielder has gotten the call to come to Seattle. Who is it and what does it mean? Connor delves into the Mariners recent transaction.

The Cubs haven't won many games this season, and as modern baseball has taught us, to win you must first get on base. Doing so consistently leads to an abundance of wins, and wins lead to hardware in the trophy case. So, it's to no one's surprise that the Cubs can't seem to get on base.

The title says it all.