It's never a bad time to take a look at how players are performing in order to see when the best match ups will occur. That is especially true when discussing young talent.

Like most occupations, professional athletes begin work either just after high school or following college, but unlike almost all other lines of work, athletes usually retire in their thirties or early forties. While most have entry level jobs in their early twenties, baseball players often have incredible success at this time. While numerous age curves have been produced that can help us predict when players will hit their primes, each player is different and unique, making it unpredictable when and if they will break out and produce at the Major League level.

As fans, young stars dazzle us by succeeding so intensely at such an early part of their career. As they mature, these figures still amaze us, but it becomes more commonplace, standing out less in our minds. Currently Major League Baseball is flush with an abundance of young talent that continues to amaze us. Some names that come to mind immediately include Bryce Harper, Mike Trout, Manny Machado, Matt Harvey, and Stephen Strasburg.

In a recent piece on www.baseballanalytics.org, Bill Chuck took a look at a matchup of two great young pitchers. This past Wednesday the Mets took on the Reds, pitting Matt Harvey against Mat Latos. Havey has been awesome this season, striking out 28% of batters he has faced, compiling a 1.93 earned run average and a 2.44 FIP. Mat Latos may have one fewer "T" in his first name, but he has also excelled in 2013. He sports a 3.17 ERA, 3.38 FIP, and 3.44 K/BB ratio.

Chuck didn't delve into any major issues, choosing to look at Latos, Harvey, and Matt Moore's seasons to date. Still, his piece brings up the idea of the great success of young players. Using Fangraphs version of wins above replacement, we can see how pitchers 25 years and younger have compared to pitchers between the age of 26 and 27 so far in 2013.

First, remember that there are more pitchers at the MLB level in the 26-27 age range than 25 and under, so we shoulder expect better numbers due to the larger sample size. While you might expect the younger cadre to have worse numbers because some have yet to reach their primes, note that in order to be called up and pitching every 5th day at such a young age, these pitchers must be quite good.

This is a list of the top ten starters in the majors in 2013 between in the 25 years old and under group (a more detailed and longer list can be found here):

Other than Jose Quintana, Patrick Corbin, and Jhoulys Chacin, most of these names shouldn't surprise anyone. Harvery leads this class of pitchers with stellar numbers, but Clayton Kershaw who is arguably the best young pitcher in baseball follows him coming in 2nd. Much has been written about Corbin's success, but similar to Chacin and Quintana, the key will be to see if these three pitchers will continue such incredible productivity through September.

This list has some star power with King Felix and Yu Darvish occupying 2 of the top 3 spots. Interestingly, the average fWar of the top 10 pitchers in each age group has a difference of only 0.04. Maybe this isn't a big enough difference in age to find any significant gap in value, especially when looking at only the best of the best in each category.

How Many Future Aces are in the Minors? 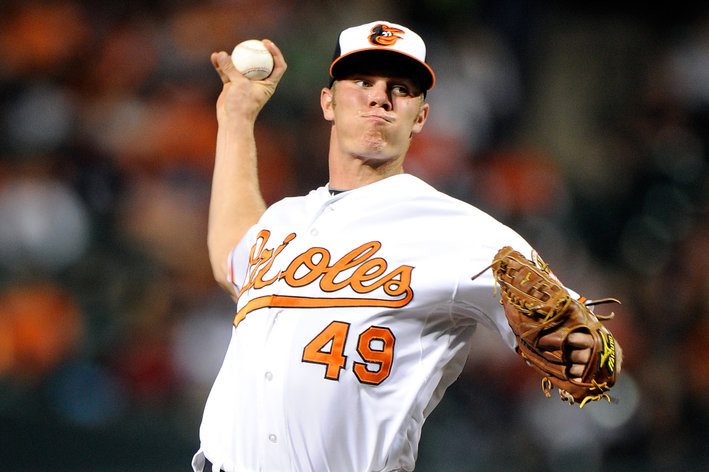 Andrew Ball takes a look at the next wave of young pitchers who are soon to break into the big leagues.

Age matters, and it's important to comprehend how incredible pitchers like Matt Harvey, Jose Fernandez, and Madison Bumgarner truly are for their age. These pitchers will become the next Felix Hernandez's and Yu Darvish's and Darvish and Hernandez will mature into the next Andy Pettitte's and Roy Halladay's. Interestingly, when Latos and Harvey faced off, neither pitcher performed exceptionally well, but the two had starkly similar lines. Latos went 6.2 innings, giving up four, striking out 4 batters, and walking one. Harvey threw 6.1 innings, striking out 6, walking 3, and surrendering 4 runs. In the end, the Reds prevailed, and neither Harvey no Latos factored into the decision, but it left fans wanting to see more matchups of young aces like Latos and Harvey.