Mike Trout and the "Super Cycle"

Looking at cycles and "super cycles" throughout MLB history.

Share All sharing options for: Mike Trout and the "Super Cycle"

Mike Trout hit for the cycle on Tuesday night. This is cool, and further evidence that Trout is the greatest human being to ever live. There were also some interesting tidbits that came out about the cycle:

But being the Play Index sleuth that I am, I found something that was even more interesting (to me, anyway, and that’s what really matters): Mike Trout became just the 17th player in MLB history to hit for the cycle and steal a base in the same game (the table below shows only those since 1947).

While this feat has been accomplished five times since 2006 (see the table above), it’s still an incredibly rare performance in historical terms. It’s a Super Cycle, if you will, a five-feat cycle more akin to hockey’s Mario Lemieux cycle in the sense that it’s a) much more rare and b) takes five accomplishments.
To illustrate how rare this "Super Cycle" is, check out the table below.

What’s crazy is that Trout’s cycle is the first cycle in 170 instances where WPA is available to have a negative win probability added, as Drew outlined in the piece linked above. In terms of RE24, it was an "above average" cycle but below average for the 57 cycles that have occurred since 2000.

In fact, cycles have become far more valuable in the last decade and a half, which made me curious about the "history" of the cycle.

I pulled the league average rates for singles, doubles, triples, home runs and stolen bases going back to 1947 (when we first have RE24 and WPA available) and plotted them below, hoping to show the changing rarity of a cycle over time. 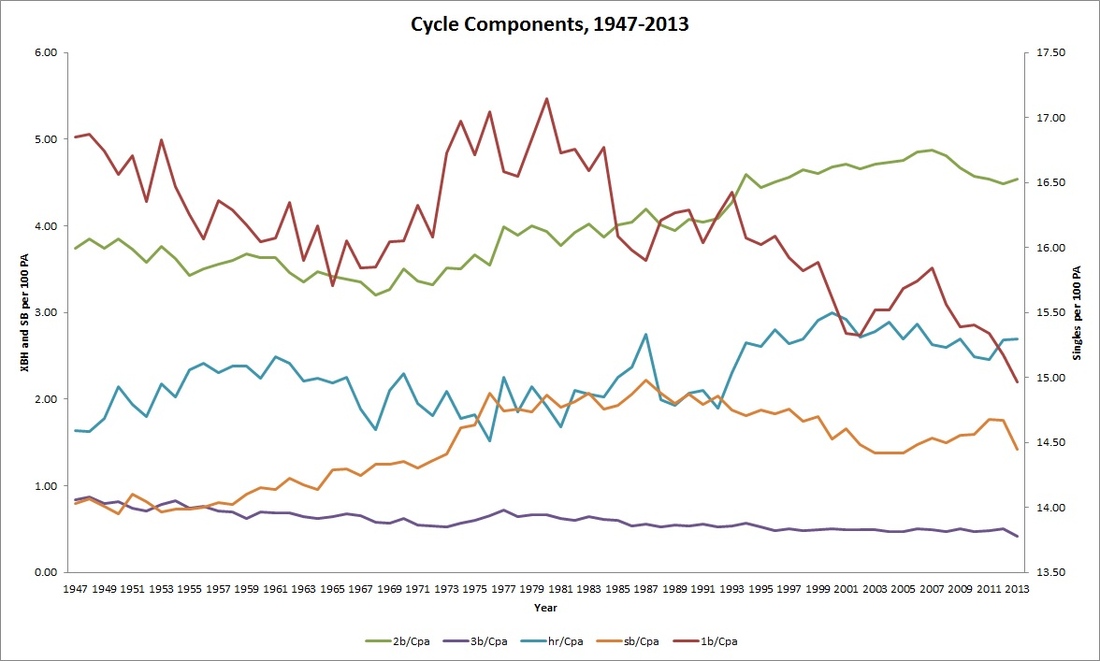 This is a little messy, though it’s striking how far singles have dropped, with an accompanying rise in doubles and home runs over time. To try and clean it up, this second graph shows cycles by year, the total run environment by year, and the number of super cycles. 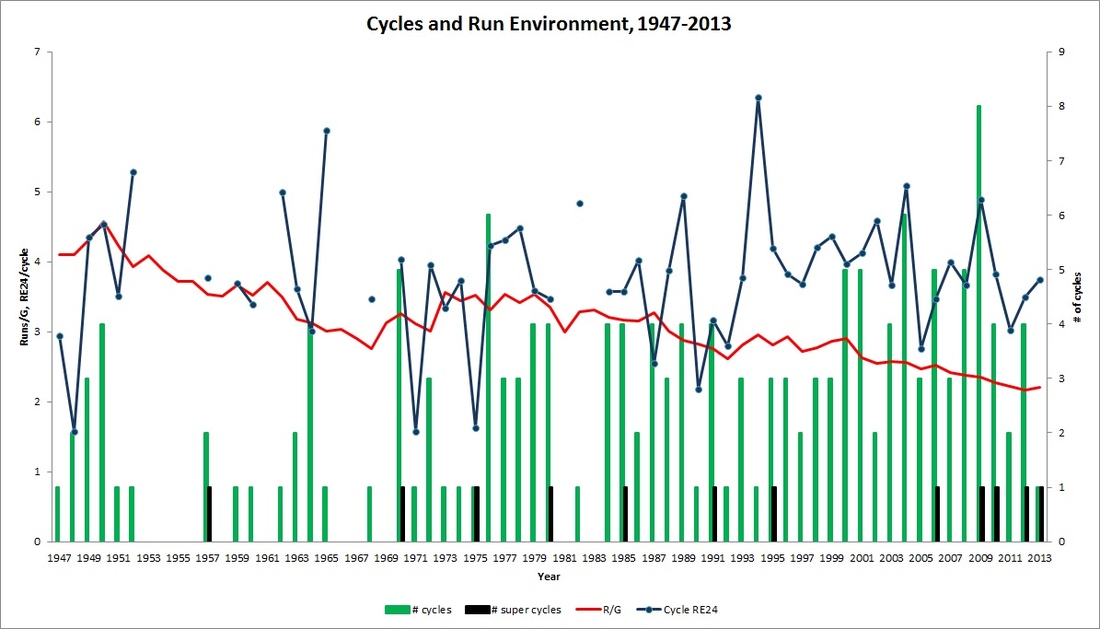 Well, that’s not really any cleaner, I suppose. Let’s just look at run environments against the value of a cycle, though, to see if they trend together. 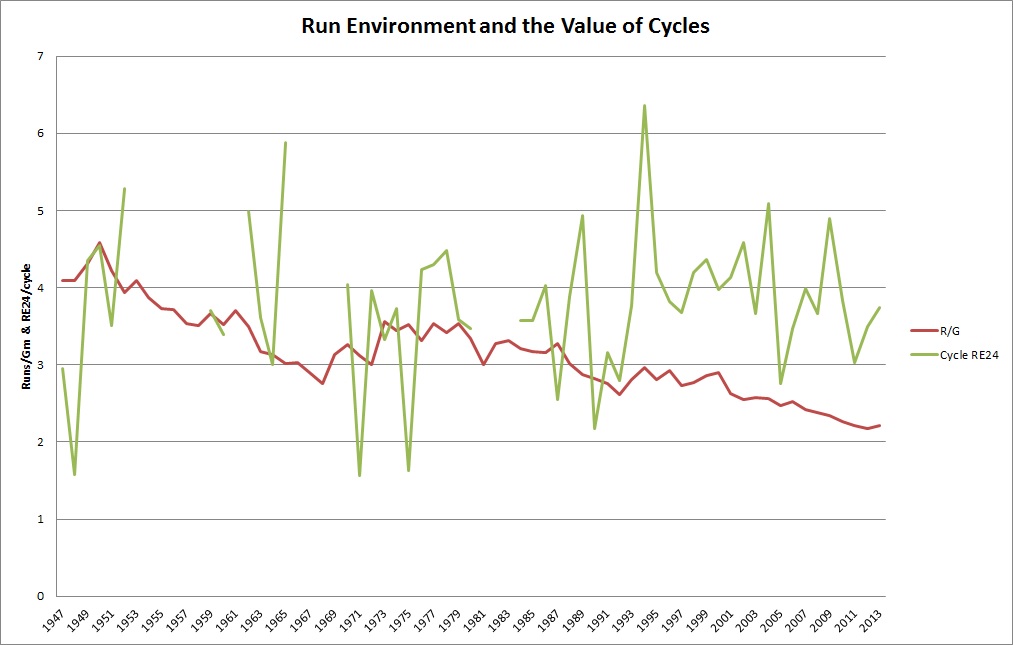 We don’t really see a trend here, which isn’t surprising – cycles are so rare that it would be unrealistic to expect them to reflect the run environment of entire seasons. Likewise, the fact that "Super Cycles" are no more valuable than regular cycles speaks to the rarity of cycles, not the actual value of having such a great game. There are simply too few cycles for them to accurately reflect their value in a statistically significant way.

Mike Trout, however, joined some elite company, regardless of era or WPA. Trout became just the 17th player to hit for the cycle and steal a base in the same game, the first player to ever have a negative win probability added while hitting for the cycle, and is the youngest American Leaguer ever to hit a single, double, triple and home run in the same game.

With that said, Trout isn’t in the top-30 for WPA and is "just" sixth in RE24 right now. Maybe give us a few more cycles to enjoy, and get yourself back on that MVP track (instead of, you know, being just a really, really, really damn good player)?