Still on the kick about adjusting performance for opponents, we move to adjusting expected win totals.

Share All sharing options for: Adjusting Expected Wins For Quality of Opponent

So, last week I introduced my statistic OARA and the concept of assigning blame for games to a pitcher or an opponent. In general, the idea was that we wanted to adjust the amount of runs a pitcher allows in a game for the quality of the offense that it faces.

While some writers here expressed some interest in this statistic for all pitchers, I'm still in the process of getting all the data necessary. So, in the meantime, I decided to apply this idea to expected wins. 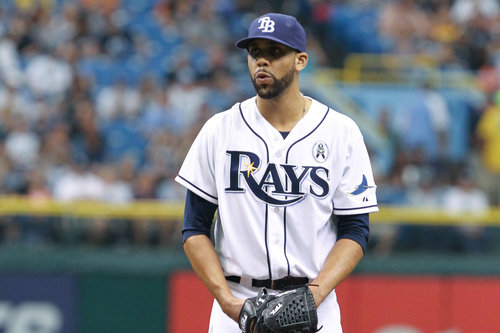 Here's the general idea behind the "blame" assignments, the hierarchical model on which this is based, and its application to pitchers through OARA.

The idea here is similar to the creation of OARA. We assign the result of each game, in terms of runs scored and runs allowed, to either the team that we're calculating expected wins for or their opponent with some probability. Once we have this probability, we can scale the actual number of runs scored to how many runs we'll "blame" the team for.

Before continuing further into the expected wins portion, allow me to say that this whole idea of adjusting for opponents abilities can be extended to any statistic. The hierarchy seen in the previous article can be applied to find a reasonably opponent-neutral version of the statistic.

Back to the expected wins. Now, as before, we assume the runs scored or allowed in a game is a mixture of two Poisson distributions, with λ values (Roughly the average runs per game) controlled by either the team of interest or the opponent. However, for the pitching team's λ, we need to account for the game's starter and then that team's bullpen. Why don't we account directly for the pitcher's used out of the bullpen? Mainly because there is the problem of when pitchers enter but do not record an out. They then wouldn't be included in the λ calculation. So, in the end we'll have

Where any R value is the R/9 value for either the starter or bullpen, and the IPStarter is the innings pitched by the starter in that game.

We then apply our hierarchy to both runs scored and runs allowed in order to get the probability of blame for the game's result.

From there, we calculate the Opponent Adjusted Runs Scored and Allowed for each team as follows.

Using this, we can calculate the Pythagorean Expectation as usually done. This calculated OAEW% (Opponent Adjusted Expected Win Percentage) could roughly be interpreted as how well you'd expect a team to do after the you adjust their runs scored/allowed for the opponent faced during the year.

The numbers appear to bear this out. After adjusting for opponent, Baltimore allowed 646.63 runs, while scoring 780.47. This leads to a Pythagorean Expectation of a .584 win percentage. Meanwhile, Cincinnati adjusts to 652.19 runs scored and 566 runs allowed, for a Pythagorean Expectation of .560. This might be a slightly extreme switch, but it reflect the difference in opponent for the two teams.

So, once again, it seems clear that adjusting for opponent can shed light on the ability of teams versus neutral competition. While it sometimes can have surprising results, it should be able to show us a truer, more opponent-neutral indication of how good a team is. As a side note, I plan on having my full OARA leaderboard for 2012 put together by next week.