A PitchF/X Look at Jarrod Parker

Two years removed from Tommy John surgery, Jarrod Parker pitched his first full season in the big leagues. Let's see how he did while looking at his PitchF/X profile.

Share All sharing options for: A PitchF/X Look at Jarrod Parker

2012 was Jarrod Parker's first full season in the major leagues and he was also two years removed from Tommy John surgery. As a 23 year old Parker was one of the best rookie pitchers in baseball, but what pitches were key to his success? 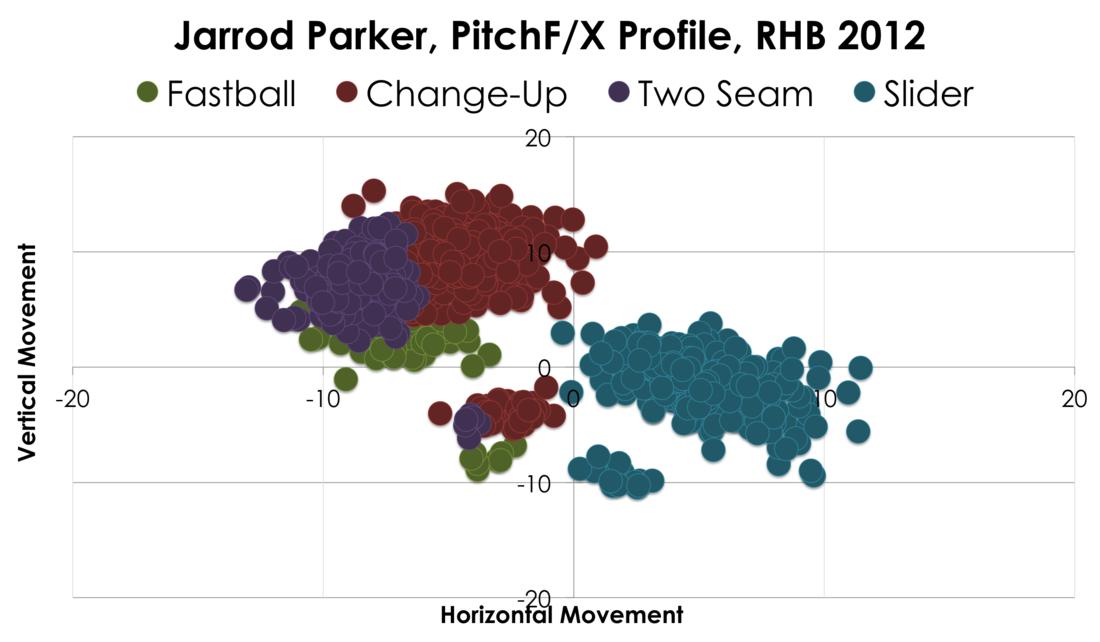 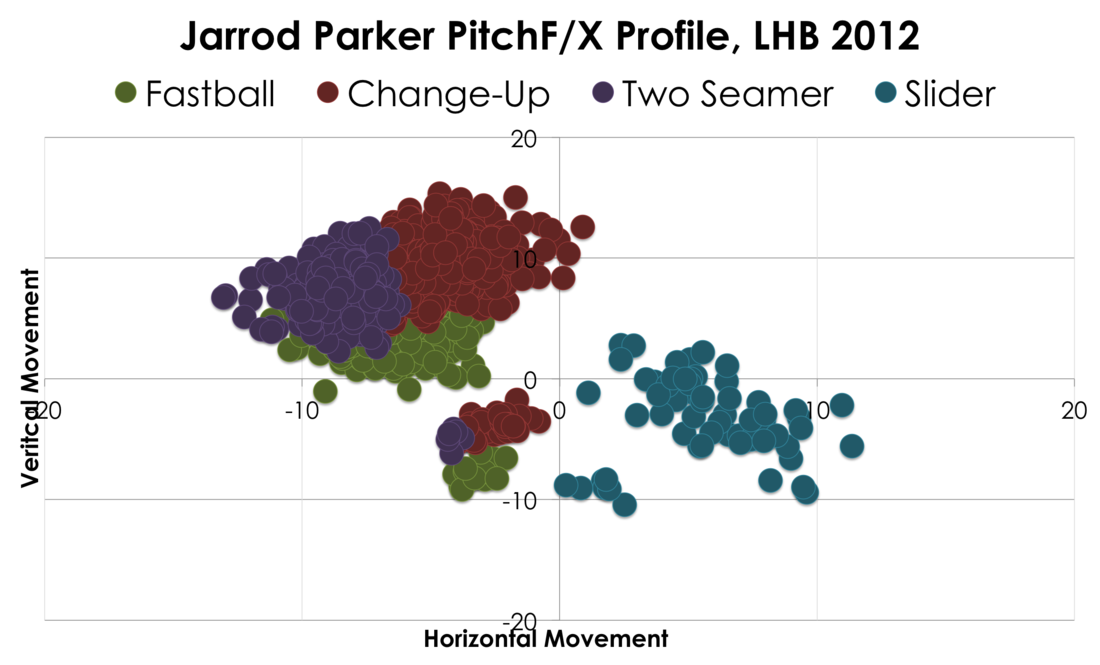 *I am aware that here are some misclassification errors within the dataset.

Against left-handed hitters Parker's slider goes in on lefties, and tails away from righties, as expected. Even though it's not surprising that he used fewer sliders against left-handers, he did find some good success with it.

His best pitch was by far his change-up, and that pitch's horizontal movement was -6.62 with 4.79 vertical movement. That means that it had average movement, and extremely effective. He used it almost exclusively against left-handed hitters. When throwing the change-up against lefties batters whiffed half of the time that they swung, while also inducing groundballs nearly half of the time.

While pitching to righties it didn't generate as many whiffs per swing, just under 40%, but still managed to induce groundballs almost half the time. It shouldn't be surprising that he struggled with the change-up against right-handed hitters though, because change-ups have a reverse, albeit small, platoon split.

As I stated earlier, his best pitch is clearly his change-up. When it was thrown outside of the strike zone batters swung 42% of the time, yet only made contact 41% of the time. It generated the least amount of contact, yet it's swing strike% was an extremely impressive 24%. I think it's safe to say that Parker has one of the best change-ups in all of baseball.

When facing right-handed hitters Parker would benefit if he used his two-seam fastball even more. Two-seamers have a fairly large platoon split, meaning that pitchers should use it when attacking same handed hitters. When he did use it he had a lot of success. Batters induced groundballs over two-thirds of the time, and whiffed on nearly 30% of their swings.

One thing that Parker needs to improve on is his F-Strike%. In 2012 he only managed first pitch strikes 55% of the time, and league average was 60%. He already as one of the best change-ups in baseball, and as he gets older he should continue to be a solid pitcher. I don't think he'll be an ace, but he should be a solid #2-#3 pitcher for years to come.