Doug Fister has now been traded twice during his career. How do the return packages in those deals compare?

Last night at 7:42 PM eastern, high school sensation and MLB Daily Dish contributor Chris Cotillo broke the news that Doug Fister had been traded to the Washington Nationals. Interestingly, though, the return package was not confirmed for nearly an hour, giving the internet a window of speculation not normally afforded in today's 24/7 news world. What ensued was a solid 50 minutes of posturing, with guesses ranging from sensible to, well, overly optimistic. As usual, I didn't have much of an idea what Fister might fetch in a trade. That said, I was fairly sure that the Tigers would get a heck of lot more for him than they gave up to acquire the right-handed starter in July of 2011. But after the trio of players heading to Detroit was announced -- INF Steve Lombardozzi, LHP Ian Krol, and LHP Robbie Ray -- I found myself asking: is that actually better than what they gave up two years ago? 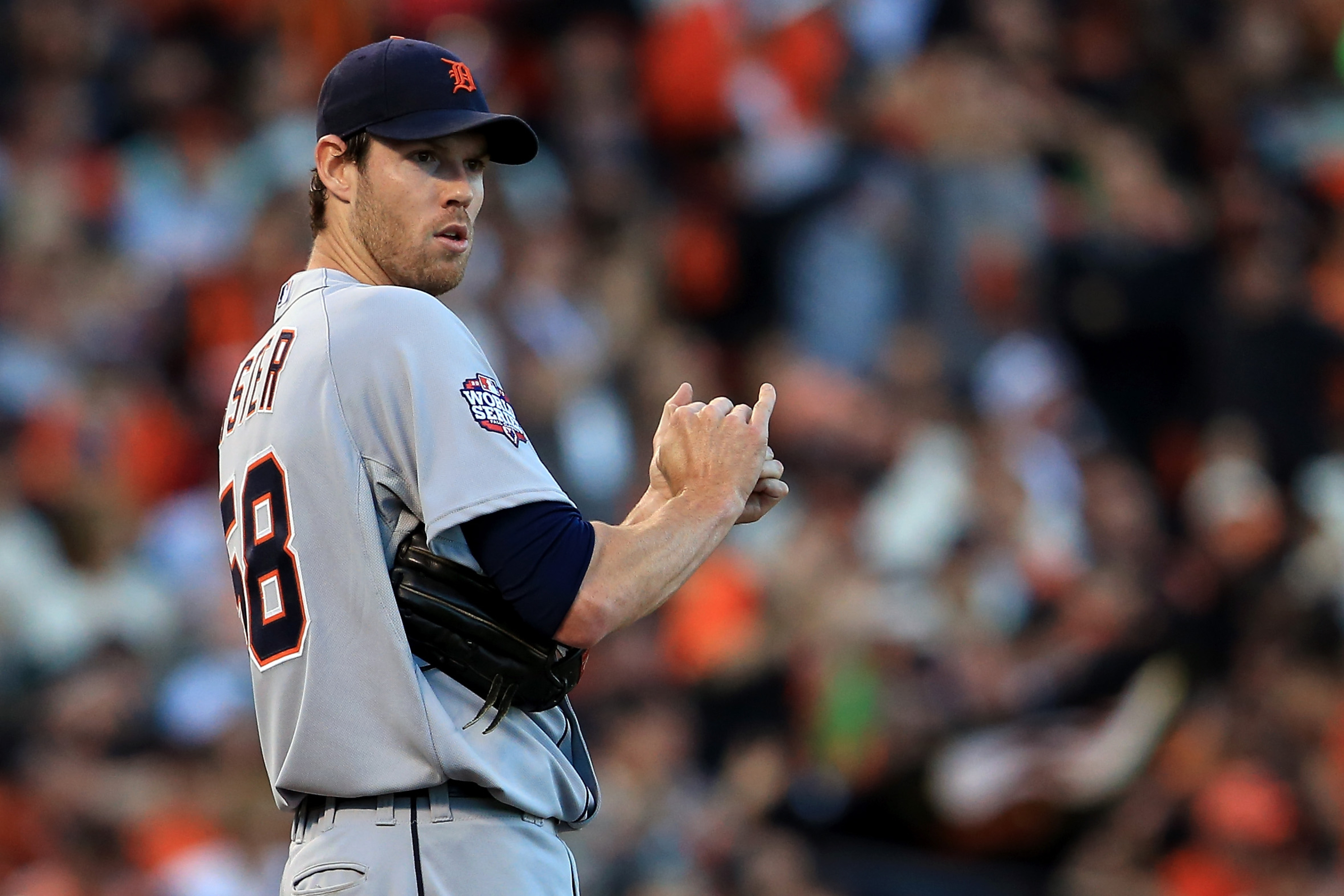 Fister goes to Washington, but do the Tigers really suffer for it?

In mid-2011, Doug Fister was viewed as a solid back of the rotation starter, and nothing more in most circles. To that point, he had tallied a 3.81 ERA in 378 innings with Seattle, one of the better pitching environments in baseball. Detroit, not needing an ace, went ahead and acquired Fister (and reliever David Pauley) in exchange for outfielder Casper Wells, left-handed pitcher Charlie Furbush, infielder Francisco Martinez, and a player to be named later who turned out to be reliever Chance Ruffin. That's an uninspiring quartet looking back retrospectively, but at the time it was a solid get for the Mariners. Entering the 2011 season, Ruffin, Furbush, and Wells all ranked among the top-15 prospects in the Tigers system according to Bless You Boys and Minor League Ball, and Martinez was named the fourth best prospect in the system by Baseball America.

Since the trade, Fister has pitched extremely well and exceeded most expectations. Here you can see his stats pre-trade, post-trade, and for his career:

As you can see, Fister has blossomed into one of the better starting pitchers in the game. Dave Cameron noted in his piece from Monday that Fister has the 13th highest RA9-WAR from 2011-2013, placing him ahead of Max Scherzer, Zack Greinke, and Gio Gonzalez among others, and his FIP-based WAR actually puts him in the top-10, right between David Price and Cole Hamels. Again, dangling one of the best 15 or so starters in the league should have netted a much more substantial return than the prospect four-pack sent to the M's in 2011.

Instead, I think the group of players coming back is fairly similar if not slightly worse. Lombadorzzi is a 25-year-old utility man that has essentially been a replacement level player and really only plays second base and left field. Kroll is a southpaw reliever with a decent fastball, but based on his rookie splits (.264 wOBA for LHH, .406 for RHH) he may be nothing more than a specialist. Robbie Ray is the real prize here, and even he is far from a sure thing. Baseball America recently ranked him as the Nats' fifth best prospect saying:

Ray's plus fastball, athleticism, and durable frame give him a chance to be a mid-rotation starter if he can develop his breaking ball. That remains a significant question mark, but he'll continue to work on the pitch as a 22-year-old in Double-A next year.

Still, two filler pieces and a potential number three are a bit underwhelming for a top arm like Fister. And it really doesn't look much better that what the Tigers gave up to get him in the first place.

Other than a jump in his performance since 2011, the only other thing that has changed is Fister's contract. Then, Fister was making the league minimum (~$500,000) with four years of team control left on his deal. Now, he'll be entering his second year of arbitration slated to earn somewhere in the neighborhood of $7 million with just two years of team control remaining. From the outside, at least, it appears that the extra $6.5 million and two years essentially wiped out the fact that Fister is a much, much better pitcher than he was at the time of trade number one.

We know now that Seattle got little to no return for Doug Fister in 2011. Wells, Ruffin, and Furbush have combined for less than two wins with the Mariners and Martinez never reached the big leagues before returning to the Detroit system last year. So, it won't take much for Detroit's haul to look better when we view it ten years from now. But at the time of the trades? They sure look mighty similar to me.