Which of these free agent pitchers would you rather sign: Phil Hughes or Scott Kazmir?

On Monday afternoon, the Athletics reportedly inked left-handed starter Scott Kazmir to a two-year, $22 million deal to shore up their rotation. The day before, the Twins agreed to terms with Phil Hughes on a three-year, $24 million contract to start for them.

It's a good time to be a middling starting pitcher, everybody! 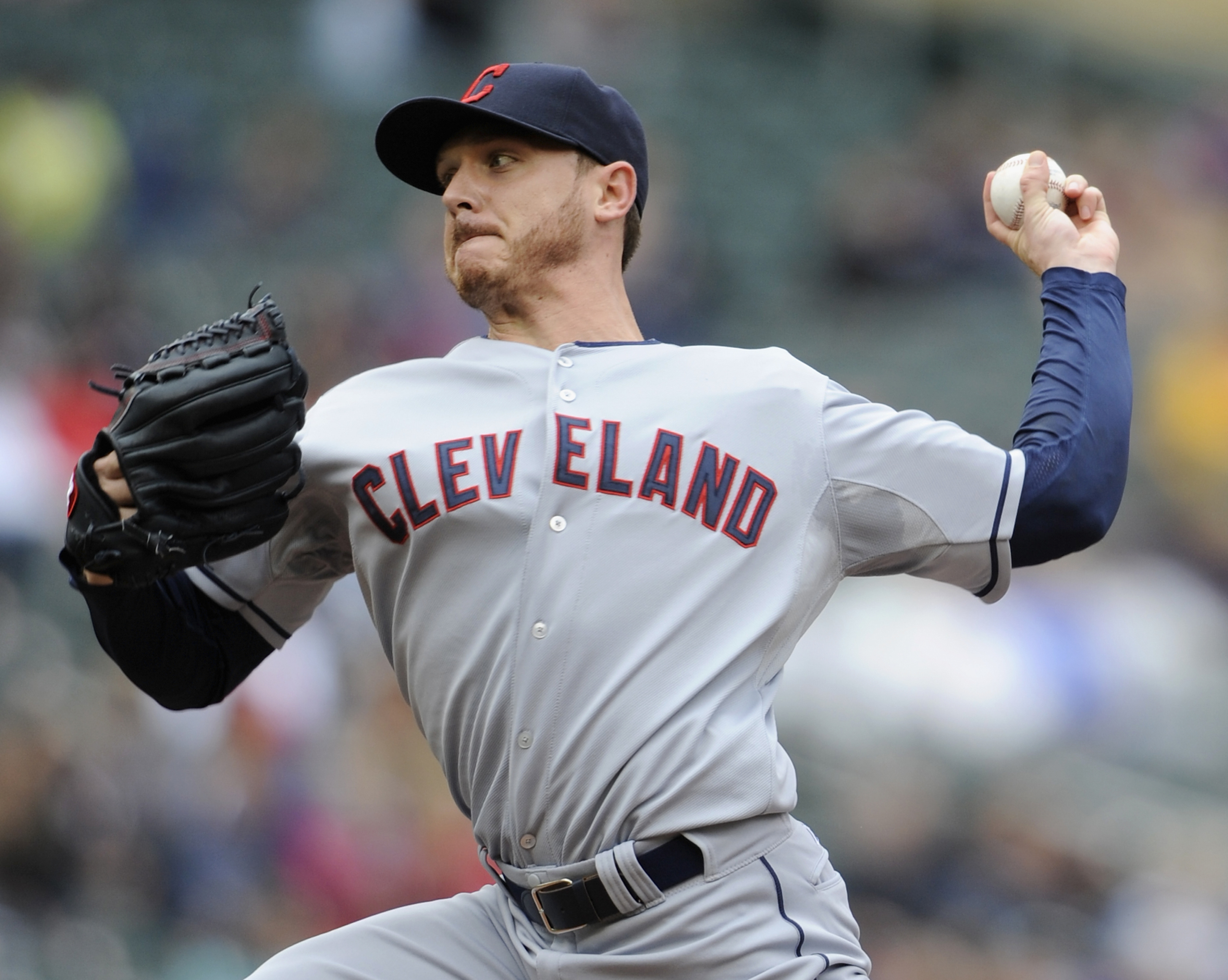 The Case for Scott Kazmir

Scott Kazmir returned to the major leagues after only a pair of innings in 2011 and zero innings in 2012. But his 2013 was a lot more like his glory days with the Devil Rays than it was like his time with the Sugarland Skeeters.

The stats speak for themselves, any way you slice them. Kazmir threw 158 innings of excellent ball, posting a 3.58 FIP and 4.33 RA9. He resurrected his phenom-era strikeout rate (24.1% K%), but complemented it with a career-low 7% walk rate. All of a sudden, he's re-established himself as a mid-rotation starter, albeit one who showed an inability to go deep into games.

It's interesting to see how Kazmir's pitch mix has changed since his return to the big leagues, thanks to this image from Brooks Baseball. It appears that he's relying on his sinker quite a bit more than he did in previous years, and he's using a wider variety of pitches than he had before. In addition, his slider still flashes swing-and-miss, consistently logging 13-30% whiff rate throughout the season. It's a weapon that skews especially effective against left-handed hitters.

The sinker and slider are obviously working for him, and if he can repeat his 1.5-2.5 win 2013 in each of the next two years, he'd probably be considered a bargain -- or at least fair value. And if he can approach 200 innings, he could certainly surpass that value. Is $11 million dollars over each of the next two seasons too much for Kazmir? Only if he doesn't log the innings, or turns back into a pumpkin.

But Kazmir is probably a serious risk -- even as far as starting pitchers go. A player with his profile retains some of the same injury risk as his peers, but also you'd think there's performance risk at play too. A guy doesn't just fall out of affiliated baseball for no reason -- and despite a healthy, successful 2013, there's a chance he could lose his stuff and suffer for it.

As a playoff team, the Athletics probably need upside more than they need bulk -- especially given the nigh-endless parade of arms that seems to come up from their minor league system. And Kazmir, risky as he is, has some serious upside. 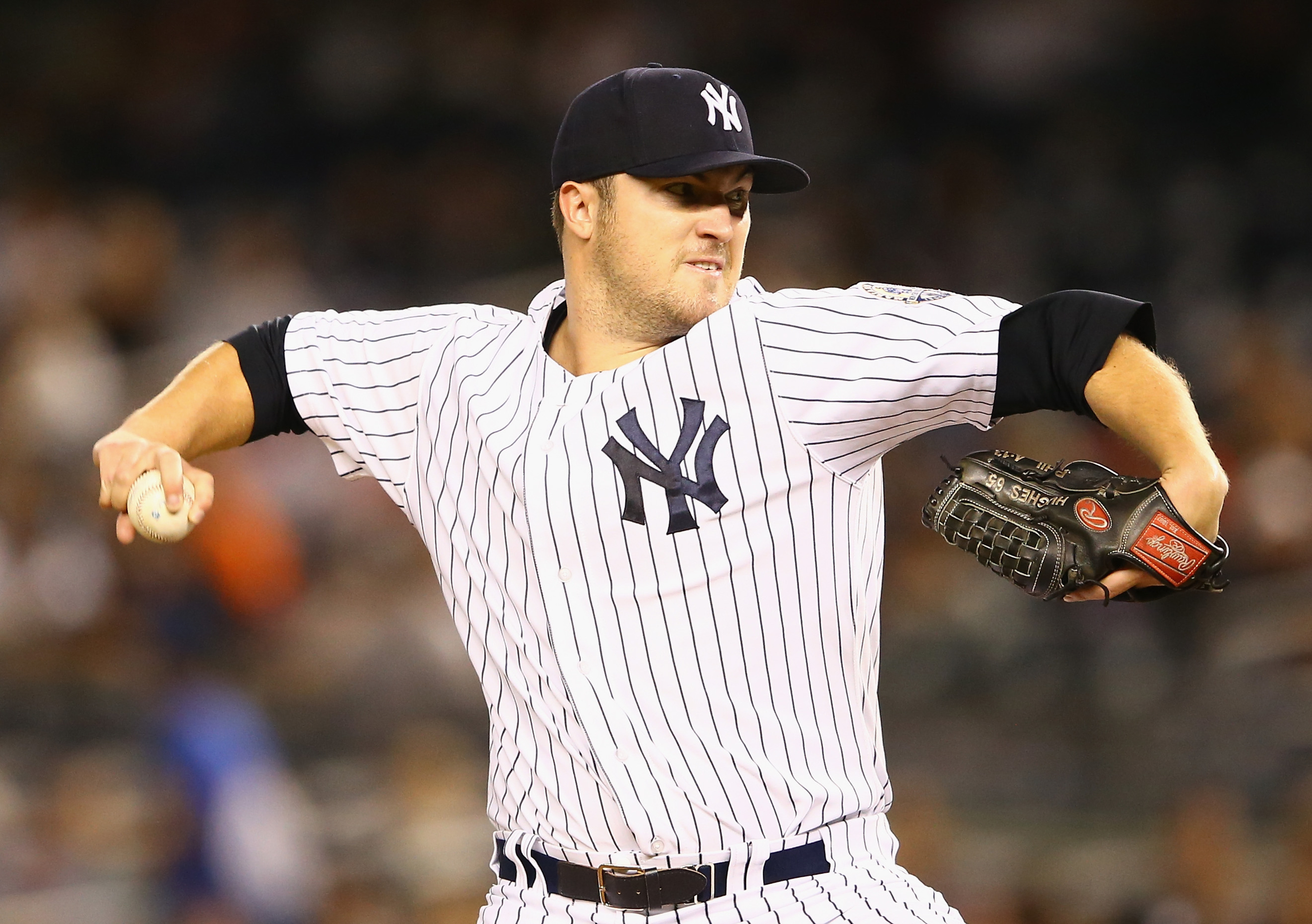 The Case for Phil Hughes

Phil Hughes doesn't have the sparkling comeback narrative that Kazmir does. Instead, his story boils down to one word: disappointment. Heralded as a savior for the Yankees as a prospect, Hughes has proven to be a back-of-the-rotation starter at best in the Bronx.

Phil Hughes has been unable to harness his once-stellar stuff into the gaudy strikeout numbers he posted in the minors. Instead, he's posted a career K% of 19.7% -- and that even includes his relief ace stint from 2009. His ERA and RA9 numbers have consistently been high above the league average, and his FIP lives at 4.50, which is lower than his runs allowed might indicate, but still not good enough to be anything better than 8%-10% worse than league-average.

And the home runs. Oh, the home runs. Everything Hughes serves up goes into the air, and many of those fall past the wall for home runs. Over his career, Hughes releases 1.29 dingers into the wild for every nine innings pitched. Just last season, he gave up 1.48 homers per nine, which was better than his 2012 mark -- but still awful.

There's reason to think that Hughes can find some modicum of success in Minnesota, though. Yankee Stadium is a particularly terrible fit for the homer-prone right-handed starter, as lefties have no trouble pushing balls over the short right-field porch. FanGraphs' park factors indicate that lefties hit 14% more homers at Yankee Stadium ... but about 11% fewer at Target Field, where Hughes will be home from now on. Basically, Hughes is going from the stadium that is worst for his skillset, to a stadium that is close to being the best for his skillset.

At the same time, it's not as if Hughes has a ridiculously high HR/FB rate -- meaning that regardless of his stadium situation, he might be able to benefit from allowing fewer balls in the air. What Hughes can offer is some level of reliability. Though he's had injury problems in the past, he's thrown 337 innings in the bigs over the past two seasons. In addition, a strikeout rate that isn't as terrible as the rest of the Twins' rotation will be a nice change of pace for K-starved Twins fans.

Given how dramatic his home-road splits are over the past few seasons, there's reason to think a change of scenery really will make a difference in his performance. And while I wouldn't expect him to suddenly transform into a three-win starter, one-to-two wins per season over the life of his contract isn't outside the realm of possibility. And two wins per season would make this deal a steal.

How Do We Decide?

In the end, I'd personally rather have Hughes for three years instead of Kazmir for two -- if all context were to be thrown out the window. I have a hard time trusting Kazmir's dynamite 2013 when 2009-2010 were bad and 2011-2012 were, well, non-existent. At the same time, if Kazmir's 2013 is the new normal -- even if it's just for a year or two, then this is a pretty sweet deal for the A's. Swing-and-miss stuff is a rarity -- but we've seen it escape Kazmir in the past.

And if you're going to pay, pay for innings. They're an undervalued commodity. While Hughes isn't exactly a sure thing, getting an extra year for (roughly) the same price is a pretty nice deal. Both pitchers need to be worth somewhere between three-to-five wins over the life of their contracts to be "worth" their deals. Both have the fallback plan of conversion to the bullpen if their performance craters. But Hughes does give the Twins an extra 365 days to squeeze that value loose. While I'd usually advocate adding impact over depth, in this case, both pitchers are risky, and I kind of like the "certainty" of the extra year of the Hughes deal.