It is a common refrain for sabermetric writers to complain about how MLB teams spend significant money on free-agent relievers. With that in mind, I decided to build a bullpen out of the remaining relief options in free agency and see just what teams could still find on the market.

Share All sharing options for: Building a bullpen from remaining free agents (or why teams still shouldn’t be paying for relievers)

If you are a frequent reader of Beyond the Box Score or other sabermetric-friendly sites, you have no doubt heard how foolish teams are to spend any significant amount of money on relief pitching. In fact, it has become a common refrain for baseball writers to shout this mantra from their rooftops each winter whenever another reliever is overpaid or handed a long-term contract (or, in the most unfortunate circumstances, both).

While this offseason has again given us writers a few examples to shout about (Boone Logan, Joe Smith, and Javier Lopez immediately come to mind), I’m not here to decry the foolish spending of MLB teams for the umpteenth time. Rather, I’d like to demonstrate why spending on relievers is foolish through a little exercise.

How good of a bullpen can we build using just the remaining relievers out there in free agency?

An Alternative to Jeff Samardzija? 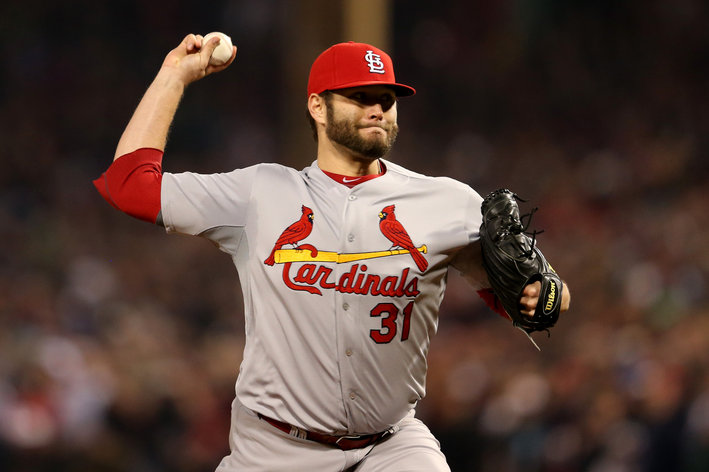 In the offseason, teams are also searching for starting pitching through free agency or trade. Chris Moran looks at Lance Lynn as an alternative to Jeff Samardzija, whose price might be too high.

Now many of the top free-agent relievers have already been signed, and considering the strange circumstances and uncertain price tag surrounding Grant Balfour, I’m going to steer clear of the right-hander for now. But given what is left on the market, what type of bullpen could a team build if they had no relievers on their roster?

Below is the bullpen I’ve built, factoring in price and injury history, while attempting to avoid any long-term commitments. Contracts are largely based off what the player made in 2013, though I’ve made a few adjustments in some cases when injuries or other factors are involved.

Ayala isn’t an exciting name (you’ll probably hear me say that again), yet he has carved out a role in some pretty good bullpens the past few years. More importantly, he has done so at an affordable price, earning $1 million in 2013. Now a team will have to restrict his usage to mainly right-handed hitters, as his heavy sinker-slider approach leaves him vulnerable against lefties. Nevertheless, Ayala can get righties out, posting a 2.91 FIP against them in 2013 and holding them to a .309 on-base percentage throughout his career.

Crain’s potential contract is tough to determine, but based on the prediction MLB Trade Rumors wrote for him back in October, I’d say a one-year, $4 million contract is a fair price tag for the 10-year veteran. There is little doubting Crain’s effectiveness—1.52 FIP, 30.3% strikeout rate, .221 opponents batting average in 2013—but a bevy of shoulder injuries hamper his value just a bit. The 32-year-old tore his labrum and rotator cuff back in 2007 and missed time again with a shoulder injury last season. Regardless, Crain is among the best relievers remaining on the market, and what he can add to a bullpen (strikeouts, strikeouts, and more strikeouts) generally comes with a higher price tag.

Every bullpen needs a long reliever, and Gaudin has proven to be a decent enough mop-up man in years past. The former starter shuffled between the rotation and the bullpen for the Giants in 2013, compiling a 3.06 ERA, 3.34 FIP, and .641 OPS against over 97 innings (including 12 starts). Given his ability to bounce between the rotation and bullpen, Gaudin is a useful little piece for any major league team to have. Add in his cheap price, and Gaudin is well worth a look in this scenario.

Gonzalez struggled in 2013, but he is one year removed from a solid season with the Nationals, and his 3.88 xFIP demonstrates the left-hander may have fallen prey to an inordinate amount of home runs leaving the ballpark. Plus, in this bullpen, Gonzalez would serve as a LOOGY, a role he can still have success in. Last season, for instance, Gonzalez posted a 26.3% strikeout rate, 6.8% walk rate, and 3.44 xFIP against left-handed hitters. All perfectly acceptable if his 12.9% HR/FB rate against lefties falls back to normal again. 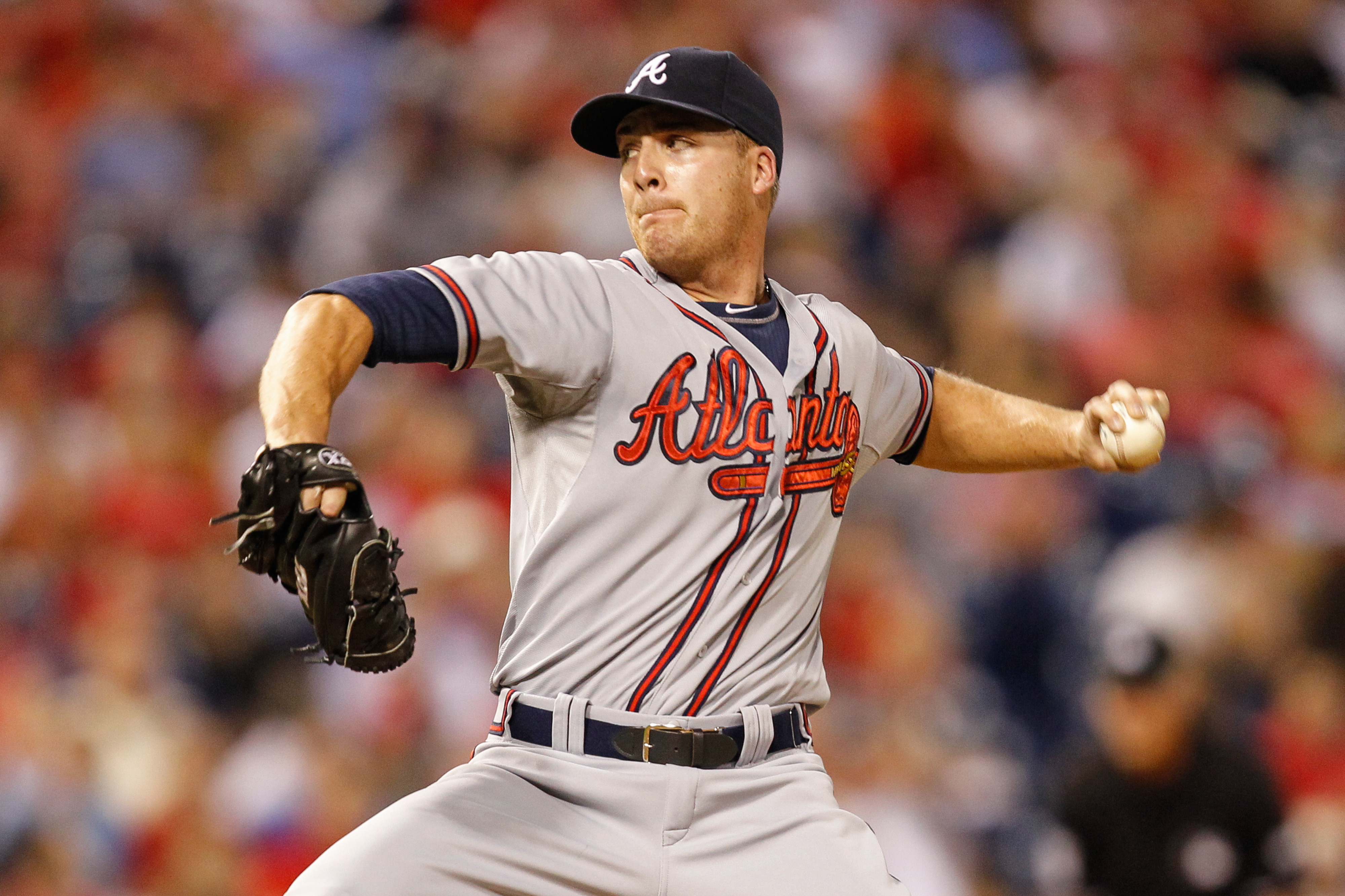 O’Flaherty is coming off Tommy John surgery, which he suffered last May, so he won’t be ready for Opening Day. Still, prior to the injury, O’Flaherty was among the best relievers in baseball, striking out 113 batters and posting a 300 ERA+ in 131 innings from 2011 to 2012, according to Baseball Reference. The 28-year-old is seeking a one-year deal this offseason to reestablish his value, and if he can return to full health, he will make some team look smart for signing him come season’s end.

It remains easy to laugh at the name "Oliver Perez," but the former Mets disaster quietly turned himself into a pretty good reliever for the Mariners the past two seasons. In fact, Perez’s 32.3% strikeout rate ranked 11th in baseball in 2013 (minimum 50 innings pitched), as he held lefties to a .304 wOBA and .645 OPS against. The 32-year-old is a capable hurler against righties as well, making him a strong late-inning option.

If Rodney had been a free agent following his 2012 campaign, the slanted-capped reliever would have likely made himself quite a bit of money. Yet considering he will be 37 in March and is coming off an uneven—albeit above average—season, Rodney is available for far less money this winter. The right-hander can still strike batters out (28.3% strikeout rate in 2013) and owns one of the best changeups in the game (holding opponents to a .135 average last year). All of which makes him a decent and potentially undervalued closer option.

With these seven relievers, a major league team could build a whole bullpen for just around $21 million and also avoid making any long-term commitments. This group of pitchers wouldn’t comprise the best bullpen in baseball, but it also wouldn’t be the worst. And if things broke right, I could see this bullpen being among the top 15 in the majors in 2014.

Beyond these seven pitchers, moreover, other options would still remain out on the market, including Andrew Bailey, Joel Hanrahan, and Francisco Rodriguez. You could probably build another serviceable bullpen out of the remaining relievers.

The point here, of course, is to demonstrate why MLB teams shouldn’t make any significant commitments to free-agent relievers. Considering most teams come into the offseason needing to make just one or two additions (much less seven) to their bullpens, the right reliever, at a fair price, should never be too hard to find.

Alex Skillin is a regular contributor to Beyond the Box Score and also works as a Web Editor at SoxProspects.com. He writes, mostly about baseball and basketball, at a few other places across the Internet. You can follow him on Twitter at @AlexSkillin.