Tim Lincecum and Learning to Help Yourself

National League pitchers are essentially position players due to the fact they affect the outcomes of games at the plate, on the bases and in the field. Which pitchers are an asset with these skills and which ones are falling flat?

Share All sharing options for: Tim Lincecum and Learning to Help Yourself

If you walk into any bookstore in North America you are likely going find an absolutely massive section of books entitled, "Self Help". I am not an expert on this genre of literature, but it seems like these books claim to provide a solution to any problem, no matter how obscure.

If you spend enough time wandering through the self help section you are sure to find books that will help you learn to lose 80 pounds while eating exclusively cake, stop wasting time by spending four hours a day sitting in a room doing nothing, or put your harpoon away and squash that pesky whaling addiction that you can't seem to shake.

Fortunately for both of us, you didn't come to Beyond the Boxscore to hear my snarky and largely ill-informed take on self help books. Instead, you were probably hoping to hear something at least quasi-related to baseball. Today, you are in luck. 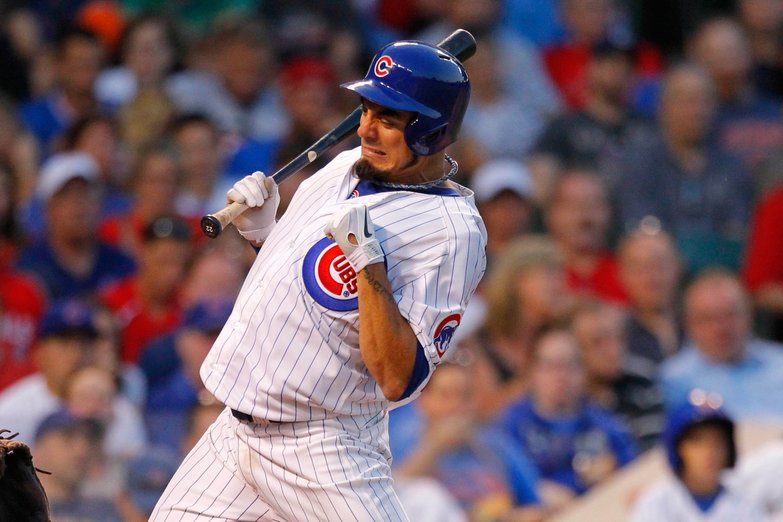 Matt Garza might not show up on this year's SHI list, but he's still one of the worst hitting pitchers the world has ever seen.

The term "self help" is not normally associated with baseball, but we often hear commentators use a phrase that is fairly similar. When watching a National League game if a pitcher gets a timely hit it is likely that the commentator will say "he really helped himself with that one" or something to that effect. The idea is that by chipping in the occasional contribution with the bat a pitcher can help himself get the win. The importance of pitcher wins has been minimized in recent years, but the imagery of a pitcher helping himself win remains.

The idea of pitchers helping themselves with their bats is a common and vivid one, but there are other ways for hurlers to add value outside of their pitching. In the National League pitchers are essentially position players. As such they can add or subtract value with the bat, on the bases and in the field just like any other player.

In order to capture and summarize this value I have created a statistic I like to call, "Self Help Index" which brings together all the value a pitcher adds outside of their actual pitching. Self Help Index, or SHI, has three components:

Weighted Runs Created (wRC): The newer version of Bill James's "Runs Created" based off wOBA , this number tells us how many runs pitchers add with the bat.

Base Running Runs (BsR): Pretty self-explanatory. In the case of pitchers stolen bases aren't really a factor so this number essentially reflects their Ultimate Base Running (UBR) rating.

Defensive Runs Saved (DRS): Again, the name pretty much says it all. This number reflects how many runs a pitcher saves or costs his team in the field.

When we add these three numbers together we get the SHI, an indication of how much value a pitcher offers his team and helps himself with his play outside of pitching. This only applies to National League pitchers as their American League counterparts do not hit or run the bases enough to be worth tracking.

To look at SHI in 2013 I chose a sample of every National League starter who pitched 150 or more innings, which wound up including 46 pitchers. My hunch is that you don't want to look at a chart with 46 rows in it, so instead we'll take a look at the top ten and bottom ten. Without further ado, here are the top 10 pitchers of 2013 when it comes to SHI:

It's pretty much Zack Greinke and then everyone else. You may have heard about Greinke's rather remarkable year at the plate, but he also delivered in the field to put him head and shoulders above the rest of the competition.

Now let's take a look at the 10 pitchers who shot themselves in the foot the most:

Apparently preventing runs from scoring isn't the only thing that Tim Lincecum has been hopeless at lately. It's a tad unfair to look exclusively at the polar extremes of a phenomenon, but it is interesting that Zack Greinke and Tim Lincecum were separated by 26.9 runs of value last season in an area that is rarely thought to be of much importance.

It goes without saying all of the numbers displayed above are the products of relatively small sample sizes. In the scheme of things pitchers do not hit very often, nor are they called on to field balls with great regularity. The base running component of SHI is borderline silly because pitchers aren't on the bases enough to make much of a difference there.

However, considering this whole concept relates to finding value at the margins, every run or fraction of a run counts. Even if there are only 2.2 runs separating the worst base runner here from the best, that doesn't mean those runs are worth nothing.

Overall, this is better for painting a picture of what transpired last season as opposed to predicting the future or giving an approximation of the pitchers' true skill levels in there areas. It's fairly likely that Zack Greinke will post a better SHI than Tim Lincecum next season, but we really don't know by how much given the relative lack of information we have about their hitting, fielding, and base running.

In order to try and get a better read on pitcher's individual SHI potential I decided to target a smaller sample over a longer period of time. This time I looked at National League pitchers who had pitched 750+ innings over the last five seasons. Below is the SHI rating of the 18 pitchers who met that qualification:

Much like Zack Greinke was in a league his own with the bat last year, Tim Lincecum eclipses all other pitchers when it comes to his inability to hit, field or run. When it comes to SHI Nolasco, Latos and Lincecum all show struggles over the five year period, as well as this year.

Conversely Wainwright and Kershaw are consistently outdoing their peers. The gap between the top and bottom is 58.9 runs or 11.8 runs per season. However, looking at the top of the list we see how fickle of a business this is. Yovani Gallardo has really separated himself with the bat in the past, but in 2012 he had 0 wRC and this year his 3 wRC was not very special. Anything can happen in a sample as small as one year of hitting for a pitcher.

I don't think that the "Self Help Index" will be an essential component of pitcher evaluation any time soon, but I do think it shows us something intriguing. Tim Lincecum is likely to cost any National League team he plays for a handful of runs every year because he produces so astoundingly little outside of his pitching. It seems unlikely that Zack Greinke will repeat his Herculean SHI exploits in 2014, but if he does he is adding heaps of relatively unpublicized value.

The assessment of pitching talent always has, will, and should focus on a player's ability to get batters out with his pitching. However, the National League asks pitchers to do more than pitch, and it makes a difference how good they are at these other aspects of baseball. We tend to think of pitchers whiffing helplessly and running the bases tentatively in their silly windbreakers as some good light fun. Unfortunately for the San Francisco Giants, it can have a real impact on the outcome of games in the Senior Circuit.