With little else to dissect at the Winter Meetings, let's preview Thursday's Rule 5 Draft.

In a normal year, the bulk of the noteworthy transactions occur at the annual Winter Meetings. After the flurry of moves over the past few weeks, we are unfortunately seeing a much lighter stream of action here in Orlando, although things picked up a bit yesterday with Mark Trumbo, Tyler Skaggs, Brett Anderson and others all on the move. Hopefully that trend carries into today, but in any event we still have the Rule 5 Draft to look forward to on Thursday afternoon. With that in mind, let's give you a rundown of what to watch for and expect in this year's draft.

What is the Rule 5 Draft?

Most of you are probably familiar with the term, Rule 5 Draft, but if you're not we'll start with a quick refresher. Since its inception over 50 years ago, the draft has existed to further the careers of talented players. If not for the Rule 5 Draft, teams would have no motivation to put players on the 40-man roster until they were called up to the big leagues. For example, if the Tampa Bay Rays had a promising young third baseman in the minor leagues, and Evan Longoria never got hurt, the player essentially would need a trade at some point or else he might be stuck in Triple-A Durham until he becomes a free agent after six professional seasons. The Rule 5 Draft, however, gives those players another way out by making them eligible for selection if they have not been placed on a club's 40-man roster and they:

Teams had until November 20th this year to protect eligible players on their 40-man roster and those that were not are now subject to the draft. Just like the amateur Rule 4 Draft (also known as the first-year player draft in some circles), the order is determined by the win-loss record from the previous season, so the Houston Astros have the top selection this year.

There is a catch to these picks, though. Well okay, maybe a few catches. First, every pick costs $50,000 to make. That's a very small sum of money compared to the free agent deals we'll see handed out this week, but it's not nothing. The second and larger thing to remember is that all players drafted in the Rule 5 Draft are immediately placed on the selecting team's 40-man roster (if a team has no opening they can't make a pick), and the player must stay on that team's 25-man roster for the entire season without being optioned or designated for an assignment. To prevent teams from simply stashing players on the DL, the rules also state that the player has to be active for at least 90 days in a season*. In the event that the player is not kept up all season, he has to be offered back to the original team for $25,000. If a player completes the entire season on the 25-man roster, the following year the team is free to option him to the minors as they would any other player in their organization.

Why should we care?

There's little argument that the Rule 5 Draft isn't the most exciting annual event in baseball. Due to the cost and the strict rules, many teams pass on making a selection all together and the majority of players taken are fourth outfielders, pinch runners, or little-used relief pitchers. Still, teams have been able to find some real gems over the years. 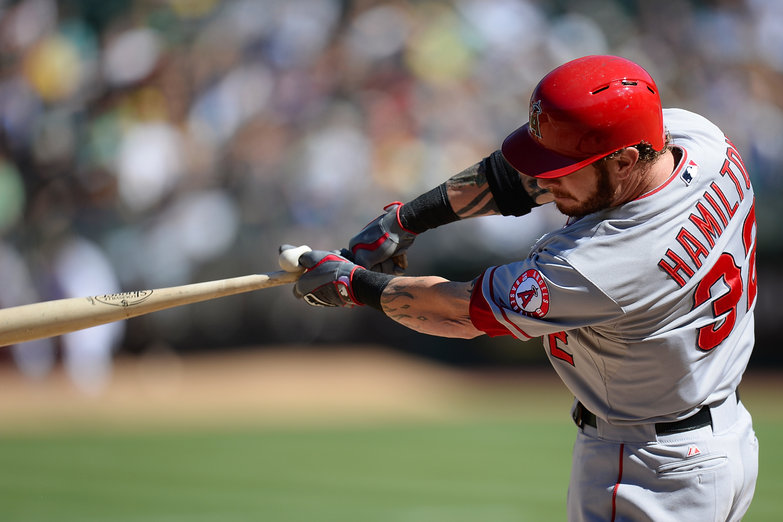 Johan Santana, Josh Hamilton, Shane Victorino, Dan Uggla, Joakim Soria, and Everth Cabrera highlight just some of the best players picked in the draft. In fairness, recently the CBA did add an extra year before players have to be protected, but the point remains that quality big league pieces can be acquired for next-to-nothing on Thursday. That in its own right is worth watching, in my opinion. Last year there were no stars taken, but Josh Fields and Hector Rondon pitched in big league bullpens all year and Nate Freiman put up a 101 wRC+ as a platoon option with Oakland.

Rumored to be among the considerations for the top selection, Thornton is a 6-foot-3 reliever who had a very strong year in 2013. The right-hander pitched his way from Hi-A Bradenton all the way to Triple-A, registering a 2.43 ERA and a 90:12 strikeout to walk ratio over 75.1 innings. Not a flame thrower, Thornton utilizes a low three-quarters cross fire delivery and an average breaking ball to rack up swings and misses and ground balls. He doesn't project to be an elite bullpen arm, but there's a strong possibility the 26-year-old could fill a sixth or seventh-inning role as a ROOGY.

Arias is not a name for teams looking to contend in 2014, but he is among the toolsiest position players available and that might interest a rebuilding club. He hasn't spent a day in the upper minors yet, playing most of his games with the Dayton Dragons in the Midwest League last season. Still extremely raw in most aspects of the game, Arias garners attention for the power and speed that allowed him to hit 15 home runs and still 60 bases in 125 games last season. Of course, he also struck out 132 times with just 18 walks against A-ball pitchers, so the assumption is he would struggle mightily if placed in the big leagues right now. Then again, you don't find those tools at his age (22 this year) available all the time, meaning someone might pull the trigger on Arias.

After being ranked the 56th best prospect in the game by Baseball America heading into the 2011 season, Colvin is one of the higher profile names available. At that time, Colvin offered quite a dream with a mid-90's breaking ball and the makings of a plus curveball, though seemingly his stuff and command have gone in the wrong direction since. In limited exposure to Double-A (110 IP), Colvin has a 7.77 ERA and he's walked 14.7 percent of the batters he's faced at the level. And his fastball that once sat in the 94-96 range now merely touches those figures once in a while. That said, he has suffered some injuries that impacted his mechanics and he now appears at full health. Just 23 in 2013 Colvin may be the type of lottery ticket worth stashing as the twelfth man in a bullpen in hopes of tapping into the potential we saw not so long ago.

Perez was acquired from Toronto in the 2012 trade that sent J.A. Happ and Brandon Lyon north of the border. Perez is far from a finished project, but the Venezuelan backstop has a skillset that makes him a good fit for a team with an established starting catcher. He's hit well over his minor league career, batting .280 with a .365 OBP, numbers that dipped only slightly in the upper minors, but most evaluators like him as an above-average defender with a fringy stick. If his power continues to come along, he could be more than that, but with replacement level so low behind the plate, he would rank highly on my board this year.

A former seventh round pick, and the older brother of Marlins' 2013 first rounder Colin, Moran has been very impressive in the hitter-friendly PCL over the last two seasons. Over that time he's logged just under 100 innings, tallying a 3.61 ERA and 138 strikeouts. In 2013, his 2.18 FIP was best mark by any PCL hurler with a minimum of 60 innings pitched. Because he's left-handed. Moran has immediate appeal as a specialist, though his arsenal may allow him to be more than that given the chance.

Finally, one more arm because, well, as MLB's Jonathan Mayo pointed out, 88 of the last 121 selections have been pitchers. Tepera spent the majority of his professional career as a starter until August of the past season when the Jays moved him to the pen. After the move, his velocity moved from average to plus, working 94-97 with good plane on the pitch. At 6-foot-1, he'll need to work hard to maintain angle to avoid giving up the long ball, but Tepera has shown the ability to do that thus far. He compliments the heater with a slider and changeup, neither of which is a knockout pitch, though both show signs of being above average.

Those just highlight a few of my favorite names for the draft, but there's tons of others that might have a chance to be selected this year. Looking at this list, I doubt we have a future all-star in the group, but the chance that we do is what makes the draft so (relatively) exciting. And in a week like this, we can all use some sort of excitement for sure.