In 2010 the Cardinals signed Matt Holliday to a deal worth $120 million. Has it worked out thus far, and how did it compare to the rest of the 2010 free agent class?

Tis the season of the hot stove in major league baseball. Websites and other publications around the Internet clamor to write pieces on the list of available free agents, possible destinations, best fits, and likely contract details. Instead of focusing on the actual game, fans and pundits turn their eyes towards the economics of baseball.

While most writers and baseball folk will concern themselves with the 2013 free agency period for this piece I want to examine a signing of the past. Not long ago I took a look at the 2010 free agency period in which two big fish free agents signed major contracts. The Rangers made it a priority to sign Cliff Lee, but when the southpaw accepted a deal with the Phillies, the Rangers went with Adrian Beltre. When looking back on the two deals now, I saw that based on the money spent, the Rangers probably got the better end of the situation, even though the Phillies also made out well.

In this edition, I want to take a look at a major contract signed in the 2009-2010 offseason. Matt Holliday put up his first great offensive season in 2006. It was in 06' that Holliday posted a 139 wRC+ and .299 TAv, the start of a string of top tier hitting seasons that have yet to wane. In 2007 Holliday improved upon the previous year by posting a 151 wRC+, which tied him for 9th in the majors with David Wright, just behind Albert Pujols and Prince Fielder. The Rockies went to the 2007 World Series in large part because of Holliday's play, and while the team lost to the Red Sox, Colorado's postseason performance not only vaulted the franchise back into the national eye, but put Holliday in the spotlight.

With Holliday on the prowl for a big free agent contract, or a similarly sized contract extension, the Rockies decided 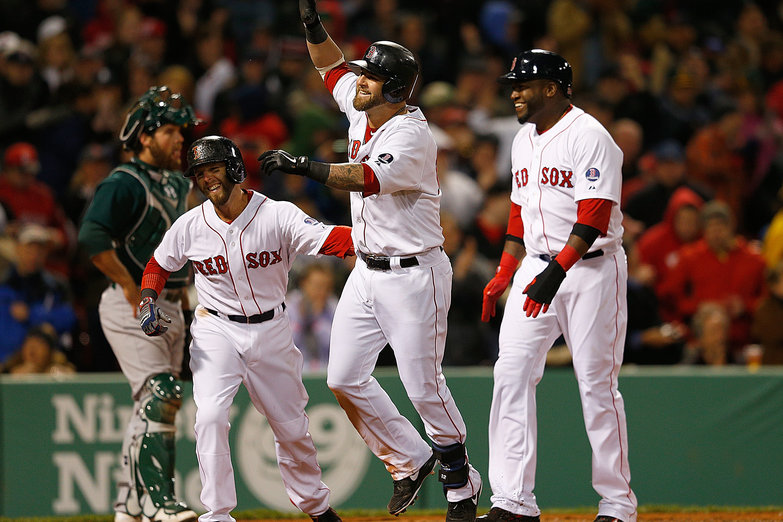 to move the outfielder in November of 2008. As a side note, Holliday's 2008 season saw little drop in production as he posted a 141 wRC+ and even stole 28 bases (still his career high). The Athletics, a team that would never have the resources to purchase Holliday on the open market, traded for the Rockies outfielder in a deal that sent Carlos Gonzalez, Huston Street, and Greg Smith to Denver. Even though Holliday only played in Oakland for a few months, and Carlos Gonzalez and Huston Street turned into great players in their own rights, Holliday's play never suffered while playing for the Athletics.

Moreover, the A's knew they could not resign Holliday, so Oakland, like Colorado before them, traded Holliday, this time prior to the 2009 trade deadline. The deal sent Holliday to the St. Louis Cardinals in exchange for Clayton Mortenson, Brett Wallace, and Shane Peterson. The haul of prospects attained by the A's paled in comparison to those Oakland sent to Colorado, but not every trade, even those involving Billy Beane, constitute big wins.

Finally, Matt Holliday had found a team that could afford to spend the type of money he wanted when negotiating his new contract. While Colorado and Oakland balked at the chance to lock up the outfielder, St. Louis had both the means and the desire to keep Holliday for years to come. So, in the offseason following the 2009 season, the Cardinals and Holliday agreed on a 7-year $120 million contract. The next largest free agent deal signed that offseason was the $90+ million contract that brought John Lackey to the Red Sox.

In the years leading up to the $120 million contract, Holliday proved quite valuable:

Holliday's 134 wRC+ from 2004 to 2009 places him tied with Phillies second baseman Chase Utley for 23rd, and that same figure places him ninth if we look only at outfielders. Still, evaluating a contract derives mostly from the production that comes post-deal, not the numbers that justified signing the contract.

Since 2009, Holiday, despite beginning the deal at age 30, has thus far proven himself quite worthy of the $17 million AAV he currently holds. Since 2010, Holliday ranks sixth amongst outfielders in fWAR (20.3), and fourth in wRC+ (148). His 20.3 fWins ties him with Ryan Braun over the same time span, and Holliday needed only 200 more plate appearances to reach the same goal, an impressive feat considering the defensive and base running disparities between the two outfielders.

Using the analysis performed by BTBS's own Lewie Pollis on the value of a win (a retrospective study such as this makes his data quite useful), we see that the contract Holliday and the Cardinals signed has proven incredibly fruitful for both parties.

While the Cardinals have reaped the benefits of one of the best hitting outfielders in baseball, the team has also saved roughly $15 million a season on average for the value that Holliday has provided. One way of interpreting this implies that the years of production early in his contract should pay for the years later in the deal when he will still earn $17 milllion per season, but most likely will not put up the same WAR totals. The second way to see the savings means that the Cardinals were left with $15 million a season to play with on the open market, money that could be spread around to players like Adam Wainwright, Yadier Molina, Allen Craig, and others.

Recently, Dave Cameron of Fangraphs published a piece on the back loaded nature of most of the larger contracts signed in the last decade. He discussed the fact that in most cases, the team making the deal knows that in order to provide the player with the length of contract they and their families desire, a team must be willing to pay players large sums of annual dollars during the players' least productive seasons as well as their most productive ones.

"Declaring that any contract a bad contract if it ends with multiple years of low performance-to-salary ratios is simply incomplete analysis. Long term deals have to be viewed as an exchange, where the player concedes that he will take far less in salary than he is worth in exchange for a guaranteed paycheck when he might otherwise not be able to get one."

It's a fact of baseball, and while we bemoan most of these deals, if the player in question lives up to the deal in the former years of the contract, it should be considered a victory for both the player and the team. This is exactly the case thus far when analyzing Matt Holliday. The Cardinals should feel incredibly elated when reminiscing on the contract the team signed with Holliday in 2010.

Just taking a quick peak at the Steamer projections for Holliday for the 2014 season, the 5th season in his contract, and one in which Holliday will earn $17 million, we see that Steamer projects Holliday's value at 4.3 fWins, and a wRC+ of 149. Given that the next largest contract given out to an outfielder in 2010 went to none other than Jason Bay, the $120 million deal signed by Holliday and the Cardinals already gets this writers' stamp of approval, even if his production falls off drastically in the coming years. It's deals like this one that have made the Cardinals one of the best overall franchises in baseball, and a perennial playoff contender.