Share All sharing options for: Success rates for Single-A League prospects based on walk and strikeout rates

Grading the best tools in the major leagues 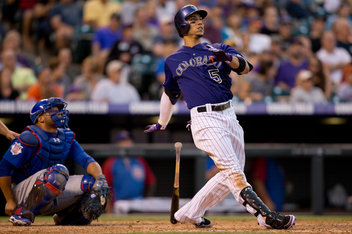 Have you ever wanted to see a grade for Carlos Gonzalez's power, Craig Kimbrel's slider, or any of the other top tools in the major leagues? Well if so, you're in luck.

Here are the historical results for prospects in short season A, split by BB%, K%, and age. 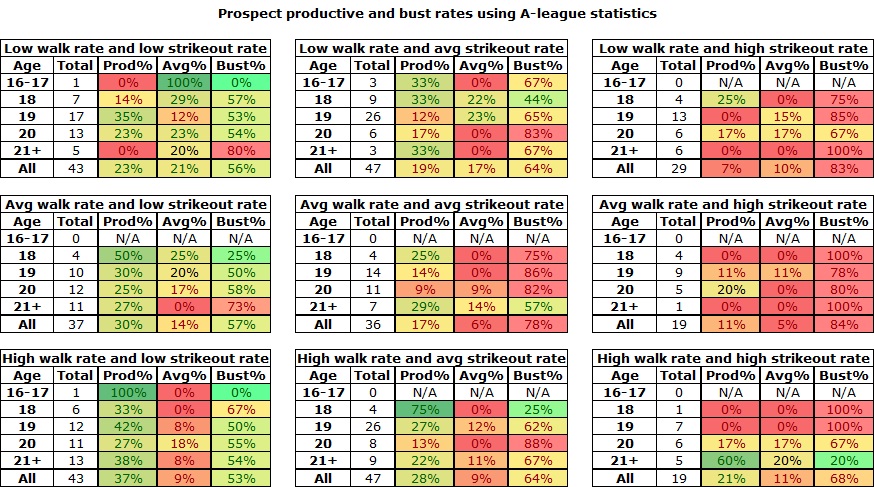 The success rates for the different categories are similar here to the Rookie level. High/High players have the best chance, while the players in trouble tend to gather towards average. 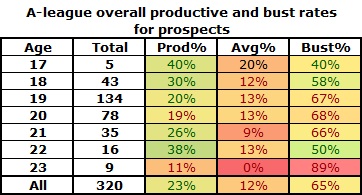 Teams seem to send drafted college players to short-season A, hence the large number of 21-year olds. Once a player is in his age-22 season, he should be ready for the next level.

How do 2013 preseasons consensus top 190 prospects and early draft picks that played in single-A this year stack up in this analysis?

At the top of the list are two lesser prospects than some of the heavy hitters in this level. Look for both Candelario and Winker to be promoted to at least advanced-A next season and move up prospect lists as well. After those two, we find some elite and well-known guys, including Buxton, the top prospect in baseball. He spent enough time in advanced-A to be considered for that list, and actually improved his stock more at that level. Almora and Correa are right there with him, along with Peraza, Baseball ’s #16 prospect in the South Atlantic League.

Mondesi appears near the top of the list on the strength of his age. As he starts moving up the ladder, he will need to start walking more often, and that may come with maturity as a hitter. However, his strikeouts don’t pose a threat thus far in his career. There have been very few 18 year-old prospects above single-A, so I don’t envision the Royals promoting him until 2015, but if he continues to grow and mature, it is possible he reaches high-A at the end of next season.

At the bottom of the chart are the Rangers prospects. They have a lot of all-or-nothing power hitters who are providing more nothing than all. The only productive hitters with similar rates in single-A were Russell Branyan, Mike Cameron, Preston Wilson, Austin Kearns, and Josh Phelps. Cameron and Wilson had more speed than the Rangers quintuplets, while and Phelps only had a few productive seasons. Branyan represents the ceiling of these guys offensively if they don’t stop striking out so much.

Single-A is the place where prospects start honing their approach. Those who are able to do so get the call up to better and more advanced leagues, while those who don’t start to flame out quickly. Extreme approaches are no longer rewarded but instead a good mix of walking more than striking out.

Which other players in single-A caught your eye this year?