How to sign a lefty specialist: The Manny Parra and Javier Lopez story

Share All sharing options for: How to sign a lefty specialist: The Manny Parra and Javier Lopez story

This past Wednesday, the Reds re-signed left-handed reliever Manny Parra to a two-year, $5.5 million contract. Parra spent last season with the Reds after a failed go as a starting pitcher with the Brewers. He epitomizes the LOOGY, a left-handed pitcher who specializes in getting lefty hitters out, but thrives only in those platoon-oriented opportunities. While Parra will make $2 million in 2014 and $3.5 million in 2015, another LOOGY, sidearm throwing Javier Lopez re-signed with the San Francisco Giants for three years and $13 million. His contract breaks down into $4 million in 2014 and 2015 and $5 million in 2016. 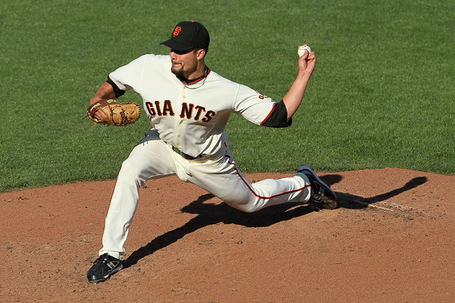 The Giants and Reds charge Lopez and Parra, respectively, with the same task. Come in from the bullpen and record outs against left-handed hitters. Looking at last season's numbers for both pitchers versus left-handed hitters we see solid numbers across the board.

Both southpaws show a propensity for performing their assigned tasks with efficiency. Oddly though, former Reds manager Dusty Baker allowed Parra to face more right-handed hitters in 2013 than lefties (95:93, RH;LH). Parra threw 24 innings against lefties and 22 against righties despite a platoon split of .219 wOBA vs. LHB and .388 wOBA vs. RHB. Giants manager Bruce Bochy, however, properly utilized Javier Lopez, who threw 26.1 innings versus LHB and only 13 against RHB. Obviously, given the finite number of pitchers in a bullpen, and the propensity of managers to construct their lineups by splitting up left-handed hitters, even LOOGY's like Parra and Lopez will face some right-handed hitters. Still, Parra proved more durable, as he threw more overall innings than Javier Lopez, but due to the improper way the Reds utilized Parra, his overall fWAR in 2013 comes in lower than Lopez's (0.5 for Parra, 0.8 for Lopez). 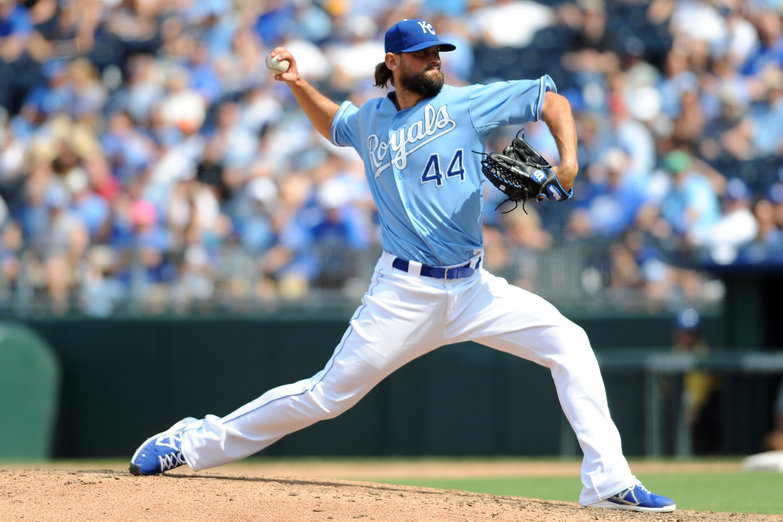 Bryan provides an alternative to the modern bullpen structure

Overall, when comparing Lopez and Parra each pitcher has pros and cons. Lopez throws from a funkier angle, has slightly better numbers against left-handed batters, and has proven himself as a lefty specialist for more years than Parra. Parra shows more durability, he's younger, and his ERA predictors (xFIP and SIERA) were both lower than Lopez's in 2013. Both men perform the job of getting left-handed hitters out quite well, and in a market this offseason that is actually flush with decent lefty relievers - Boone Logan, J.P. Howell, Eric O'Flaherty, and Oliver Perez to name a few - the Giants and Reds may have saved some money by signing these southpaws earlier on in the offseason before the market began to determine the going rate for a LOOGY.

Using Lewie Pollis' analysis of the cost of a win, we see that Manny Parra's 2013 fWAR of 0.5 was worth just over $3.5 million, while Javier Lopez's 0.8 fWAR comes in at just over $5.5 million. Parra's new contract will pay him $2 million in 2014, and given his ERA predictors, the hope is that new Reds manager Bryan Price will use Parra more properly, and at his age the Reds probably made out really well on this deal. For a team that is more of a mid-major type market, as opposed to the big market Giants, deals like this that save the Reds a few million dollars could prove quite useful when looking to make other moves this offseason or in mid-season.

The Giants probably got a good deal for Javier Lopez as well. If the Giants use him as they have done in the last few seasons, and Lopez staves off injuries (Lopez has never missed a game due to a DL stint), he should provide the Giants value worth equal to or above his AAV. Lastly, the other difference between these contracts comes in the form of their relative lengths. Parra will make less money, but the Reds also only signed him to a two-year deal. Multi-year deals with relievers can prove risky due to their volatility from year to year. Lopez has proven reliable in his role for longer than Parra, but he will be 39 years old when the deal ends, while Parra will be 32. Both teams made good deals given past information, but the Reds may have gotten a definite steal in locking up Parra for the next two seasons. Oftentimes, amid the flashier moves like blockbuster trades and big fish signings, deals like those given to lefty specialist relievers slip under the radar, but in Javier Lopez and especially Manny Parra, the Giants and Reds both made smart savvy moves.