After signing a one-year deal with the Braves, Jonny Venters is hoping to return to his previous level of pitching performance. But what made him an "Oregon Trail" ballplayer?

So here's a story. From 2010 to 2012, Jonny Venters was electric, annihilating opposing hitters. After converting from starter to reliever in the minors, Venters turned into a strikeout-and-ground-ball pitching machine, posting a 26.6% strikeout rate and a 68.4% groundball percentage using a filthy sinker-slider combo. He even threw 80+ innings in relief during those 2010 and 2011 seasons. Absolute dynamite.

In 2012, Venters dealt with some discomfort in his left elbow, and spent time on the DL, but still managed to pitch fairly well for more than 50 innings. But in the offseason, Venters dealt with more elbow discomfort, got a platelet-rich plasma injection, and eventually fell victim to Tommy John surgery, missing all of 2013. In a hurry, he went from perhaps the premier setup guy in baseball to an afterthought. Given how relief pitching is all about heavy variation, he may never be the same hurler again.

Now, due to his mechanics, his consistent heavy usage and the strain that throwing a slider puts on his arm, I'd made a few jokes in 2012 about Venters being a great reliever, but that one day his arm would "shoot off of his body like a bottle rocket." Of course that didn't actually happen, but he did suddenly and starkly go from effective to non-existent, thanks to this injury.

This kind of sudden shock to the system reminds me of the "edutainment" video game classic that many of us played in school years ago: the Oregon Trail. I don't know about you, but the Oregon Trail taught me a valuable lesson that still applies to my life today:

There is a pall of certain dread hovering over you. At any moment, things could go horribly and completely wrong for no discernible reason. Live your life in fear, and make sure you have enough supplies.

The Oregon Trail was a simulation of the hard-fought journey west in pioneer times, and very often a member of your team of settlers would suddenly contract a vicious case of dysentery, or drown when fording a river, or some other terrible, fatal event would befall them. Being a young baseball fan, I often would name my characters after New York Mets players of the late-80s and early-90s, and it was an all-to-familiar sight to see Kevin Elster's name pop up on a headstone. Thanks, cholera.

This has led me to conflate this game with a particular sub-section of baseball players that I'd like to call "Oregon Trail" (or OT) guys. Per my reasoning, the characteristics of an Oregon Trail ballplayer are as follows:

As you might imagine, Mr. Venters falls under this category, but he's not the only one. There are several instances of players getting the Oregon Trail treatment just in 2013.

Most notably, there's Manny Machado. One minute, he's playing superlative defense and looking like the future of third base. The next minute, he's out for an extended period with a terrifying knee injury. Matt Harvey's another guy you could consider, especially given that huge increase in velocity coming into his major-league career. But, to be fair, pitchers always carry some of that risk of career implosion more than hitters do.

So today, I'd like to provide you with a list of a few players I see as having the highest odd of going Oregon Trail on us in 2014. And let me be perfectly clear: I sincerely hope I am completely wrong on every single one of these players. There's nothing I enjoy less in baseball than seeing a talented player suffer severe injury or sudden drop in of effectiveness. 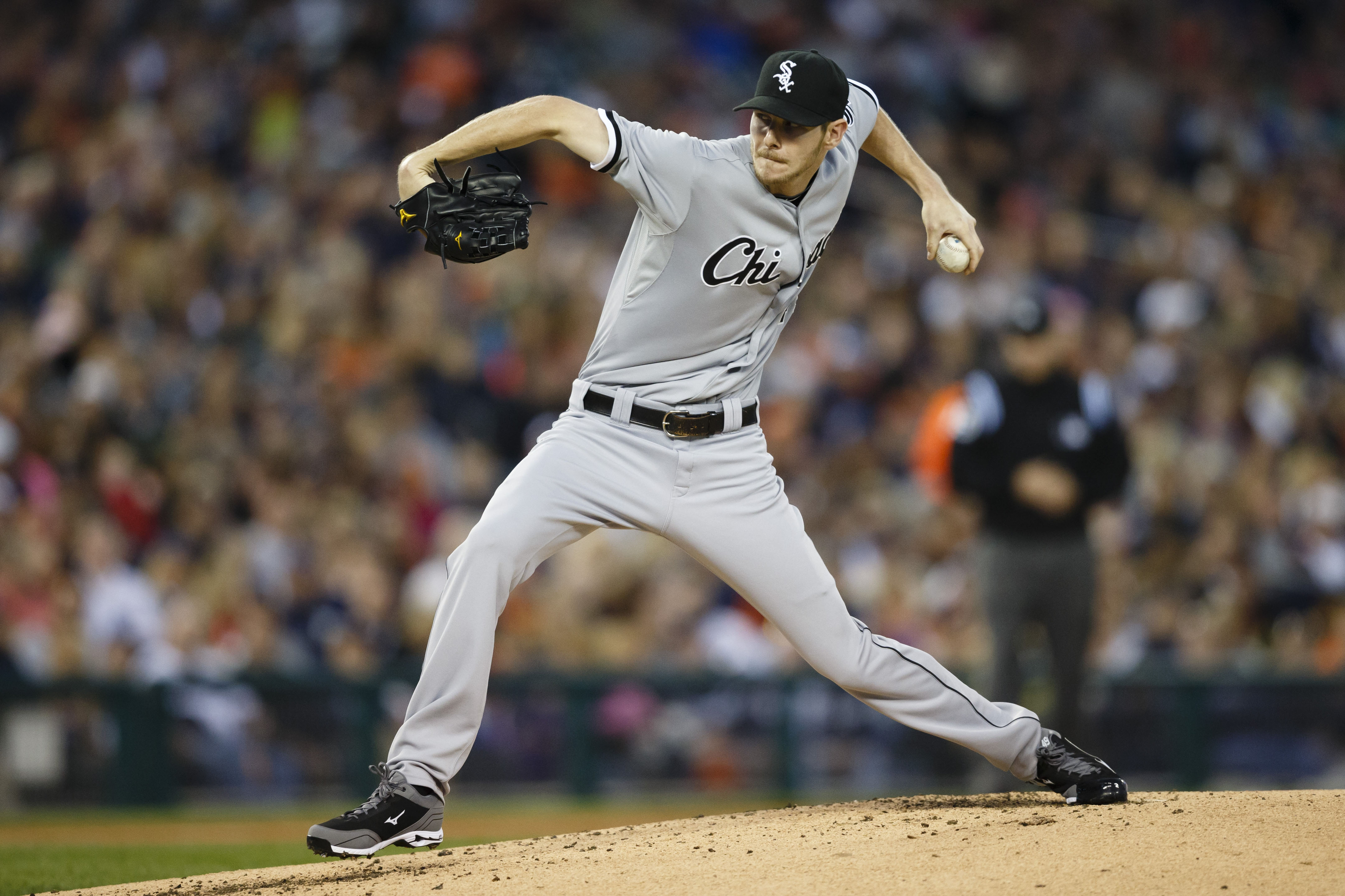 No pitcher in baseball probably makes more people cringe than Chris Sale. Despite being dangerously effective (9.8 fWAR in two seasons as a starting pitcher), Sale still makes us worry with his heavy slider use and questions about his delivery. If at any point Sale went down with a UCL tear, I'm not sure anyone would be surprised. And yet, it would absolutely devastate the Chicago White Sox, who rely on the tall lefty to anchor their rotation.

Anyone who likes watching excellent infield defense likes watching Andrelton Simmons. And while the Braves always knew he'd be a wizard with the glove, his ability to hit at the big-league level was always a question. In 2013, Andrelton looked like an All-Star, pairing his defensive chops with an almost league-average bat and surprising with 17 home runs.

But boy, is it hard to replace a young shortstop. And boy, if something happened to Simmons' fielding, like say a case of the yips, he'd have a tough time coming back from something like that. No player should ever have to go through what guys like Chuck Knoblauch had to deal with, being un

We're witnessing one of the best, most exciting starts to a career that we could ask for, in the two-time reigning AL MVP, wait WHAT!? AL MVP runner-up. This is a guy who combines great power and plate discipline with just epic baserunning and fielding at a premium position. Nothing would make me more unhappy than for him to not be awesome.

Trout gets compared to Mickey Mantle all the time, a player who was still an all-time great, but was diminished by health issues. Sure, a Manny Machado-type leg injury could turn baseball's Superman into something else. We want to see Mike Trout the 10-win event, not just a mortal five-win player with a plus-plus bat at an outfield corner. Or things could even be worse than that ...

What if a scary event happens to Trout like what happened to Pete Reiser? Reiser, a former Dodgers phenom, hit one too many walls patrolling the outfield and went from one of the best players in baseball in 1941 to being a knock-around guy after coming back from World War II. You'll see a lot of screaming like this on Twitter:

NO MICHAEL TAKE ME INSTEAD

These are just a few of the tremendous players that could leave their team with a gaping hole and a marked inability to make it to Oregon. Well, I guess if you use "Oregon" as a euphemism for the playoffs, that metaphor works.

Injury or performance risk is always a worry with any player, great or otherwise. And it's very, very hard to predict. There's no great, objective way to do it -- though if I were to listen to anyone, I'd listen to Jeff Zimmerman at FanGraphs. All teams can do is have backup plans on backup plans, and be ready if and when the time comes.

At any rate, this is just another reminder for us to really, really appreciate the players we have now, because they might not last forever.*