The end of ERA

It's time to say farewell to an old friend: earned run average.

Share All sharing options for: The end of ERA

Updated 11/19/13: John Sickels makes a well-reasoned counter-argument to writing off ERA over at Minor League Ball. I enjoyed reading it.

As far as pitching statistics go, it's hard to think of one that has as much acceptance on both sides of the traditional / sabermetric coin as ERA. Maybe strikeouts have a little more grip, but whether you're a writer for Beyond the Box Score, or a beat reporter for the Seattle Post-Intelligencer, you probably use ERA in some form to talk about how effective a pitcher has been.

And even as DIPS theory has gained traction in the analytics world, writers and analysts still use ERA as part of the discussion surrounding pitchers. The idea is to balance the stuff we know a pitcher can control (as evidenced by things like walks, strikeouts, homers, and FIP) with the stuff that we still can't separate from defense, etc. (runs scored, hits, etc.). ERA, for many, helps tell us what really happened and gets to the heart of actual results.

Except, in quite a few cases, it doesn't. And that's why it needs to go away.

I'm hardly breaking new ground here, as very smart people have been looking for alternatives and commenting against the use of ERA for years. And it makes sense as to why: ERA is a statistic that is fundamentally flawed, and that flaw sits at the beginning of it's acronym. The flaw is "E.' When we talk about earned run average, we talk about what makes a run "earned" versus what makes a run "unearned". And this simple distinction turns this statistic away from the thing that would make it most useful.

ERA is best used at its most descriptive. This is what happened. Yet when we focus on earned runs allowed rather than all runs allowed, we shoehorn in an element of judgement. This is what happened, except we're removing a subset of those runs, which probably aren't the pitcher's fault. If it were a perfect way to eliminate that which does not belong to the pitcher, then it'd have value. But it's not perfect. It's based, in large part, on errors.

Think about it: the analytics community has already distanced itself from the error as an appropriate way to judge defense. The error only judges certain obvious mistakes, not the more subtle aspects of poor defense that come from shoddy positioning or a slow first step defined simply as "the play not made." And even then, errors are subject to scorer bias, and not always reflective of whether or not a fielder botched a play. I'm not exactly sure what percentage of "bad" defense that shouldn't be credited to the pitcher come from errors, but I'd be surprised if it was more than half knowing some of the things we know about range and positioning.

If we, as an analytics community, don't hold up errors as the end-all-be-all of defensive analysis, then why should that be the primary factor in judging whether or not a pitcher's runs were influenced by poor defense? 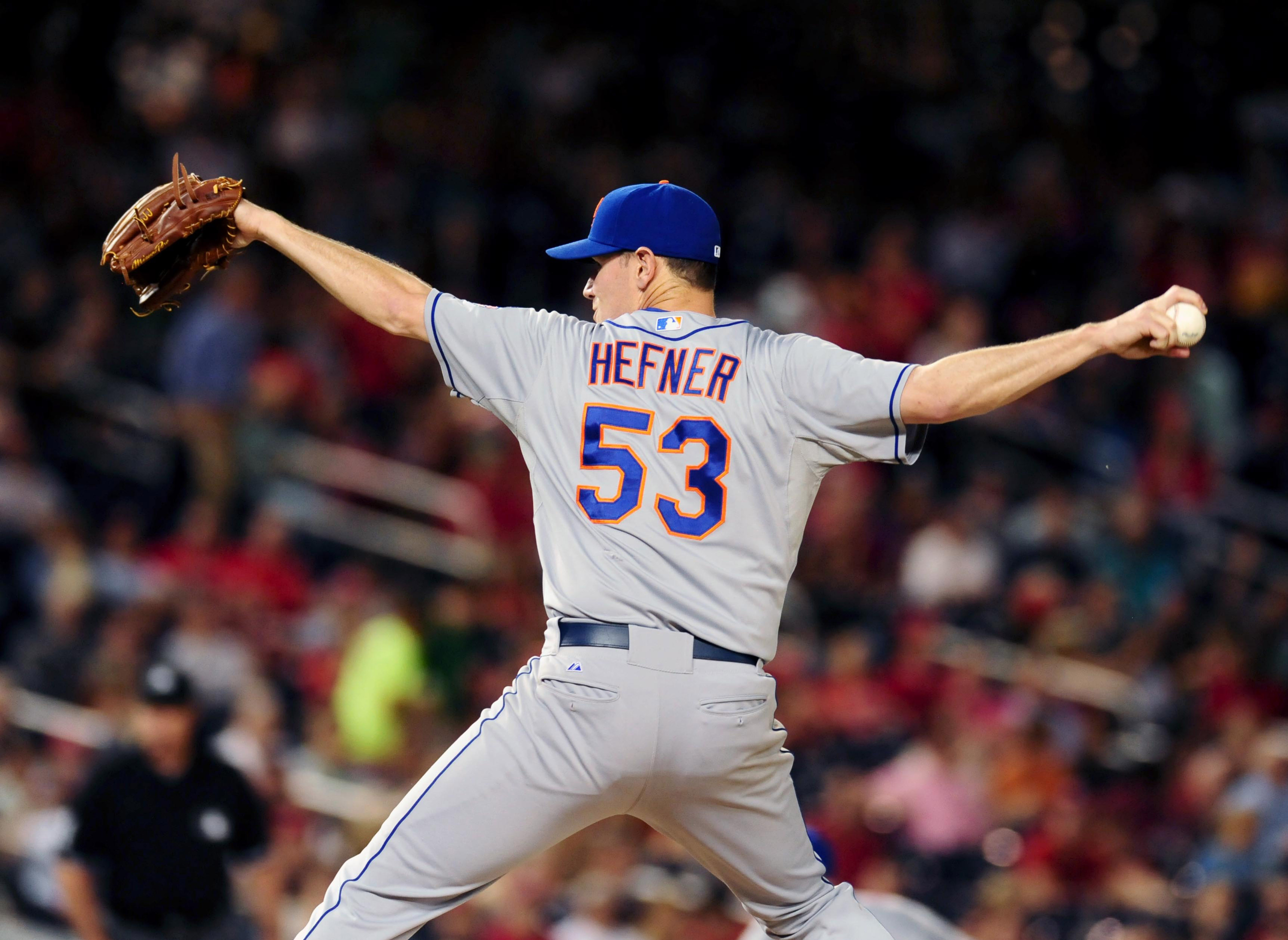 The simple beauty of a shift away from ERA is that unlike many of the movements to eliminate the use of a flawed stat -- such as #killthewin or #murderthesave or #maimrbi -- we've already have a perfectly reasonable, easy-to-calculate replacement. It's locked and loaded and ready to fire. It's RA9.

RA9 is just ERA without the "E", and with a "9" tacked on at the end to remind everyone that it's spread over nine innings. Instead of using earned runs as the run component in the ERA formula, it uses all runs allowed. It's simpler to calculate than ERA, because we don't have to go through the trouble to discriminate between earned runs and runs. Did C.J. Wilson give up two runs over six innings? Excellent! That's an RA9 of 3.00 for the game. We don't have to focus on which runs were earned, and which were perhaps the result of a bad or borderline error. Just the facts, ma'am.

Switching over to RA9 might require us to shade our baselines for "good performance" down a little bit from where we stood using ERA, due to the fact that a pitcher's RA9 will always be greater than, or equal to his ERA. As far as I can determine, the league RA9 for 2013 was about 4.18, where the ERA was 3.87. That's about a 0.31 difference between the two metrics. So instead of positing league-average performance as slightly under four runs per nine, we may need to imagine it as slightly over four runs per nine.

In truth, this isn't really a bad thing, to have to make a small shift in how we look at a "good" or "bad" statistic relative to league-average. After all, the run environment is constantly shifting, and to be accurate in our mental models, we have to make small shifts like these consistently. It's all part of the process.

But by using RA9 in our short-form, quick-twitch analysis of pitcher skill -- instead of ERA -- we in some ways take the discussion of defense out of the equation entirely. We probably definitely shouldn't be using a single stat to tell us everything about pitching performance, and RA9 answers more clearly the question of "what happened" than ERA does. 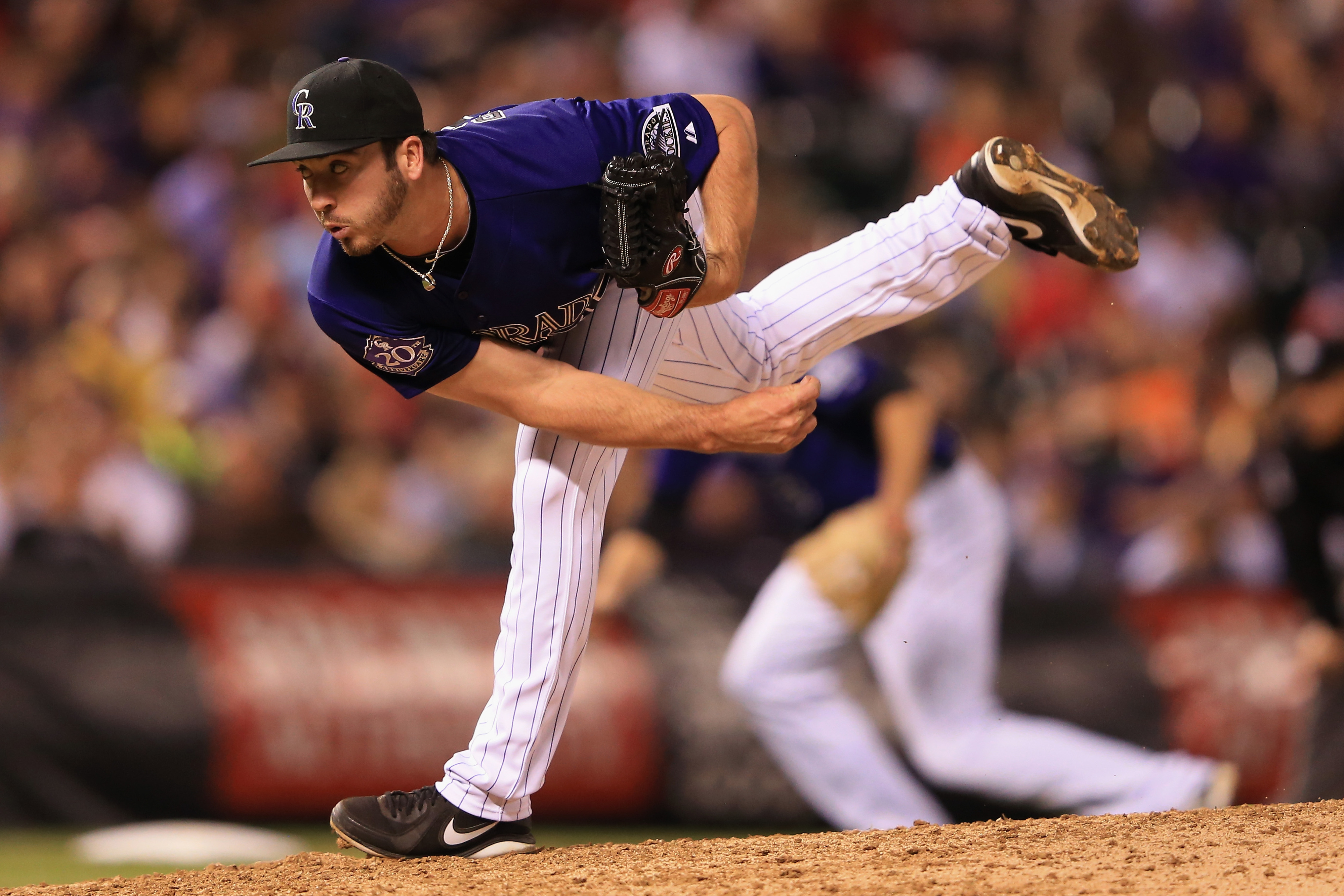 More on the RA9 / ERA Difference

What would it mean for analysis of particular pitcher seasons if we moved over to RA9 instead of ERA? RA9 is already pretty accessible over at Baseball-Reference, so it's not like we have to hand-craft an artisan stat to get the information we want. But how about what it tells us about pitchers whose ERAs are most different from their RA9s, at least for last year.

For fun, I've taken every pitcher with over 40 IP in 2013, and found the delta (difference) between their ERAs and their RA9s. Among those pitchers, there's an average difference between ERA (always lower) and RA9 (always higher), of almost exactly 0.30 runs per nine innings. So that's a reasonable baseline for your expectations. Here's a tiny table of the pitchers with the largest swings between their RA9 and their ERA:

And here's another table that just focuses on starting pitchers with 120+ IP.

This is just a way to look at the numbers and say to ourselves maybe the data doesn't tell us what we think it does. And we can see some pretty decent-sized differences here. When playing fantasy baseball this year, I looked at Wily Peralta's ERA of 4.37 and saw an unimpressive, but not painful ERA. His FIP of 4.30 told me that his peripherals were relatively in-line with that seasonal performance. But his RA9 is almost a full run higher than his ERA, which tells me that a *lot* of runs were scored when Peralta was on the hill. Those unearned runs still happened, and if you're a proponent of looking at the "actual" results of runs scored when a pitcher's on the mound, I'd say that matters.

Does it mean that Peralta was "lucky" in that his defense took responsibility for the runs that could have been charged to him? Perhaps. While PADE gives Milwaukee credit for a better-than average defense holistically, Peralta was a ground-ball pitcher playing in front of poor defensive players like Rickie Weeks, Yuniesky Betancourt and Juan Francisco. Does it mean that other pitchers on the Milwaukee staff like, say, Brandon Kintzler, who were also grounder-heavy didn't "luck out" in the same way, since their RA9-ERA gap wasn't as large as Peralta's?

Here's a quick look at some other Brewers, for fun:

That's a pretty wide range of differences between ERA and RA.

All I'm trying to say here is that things aren't always what they seem when you're working with ERA. That's especially true for starting pitchers ... except in the curious cases of Francisco Liriano and Wei-Yin Chen, who gave up no unearned runs in 2013, and their ERAs and RA9s match up perfectly. Does that make what these pitchers did somehow less impressive, given that they "lucked out" when it came to important errors behind them?

The Arguments Against Conversion

I can understand why some people might say that converting our way of thinking from ERA to RA9 is a mistake, or a waste of time. ERA and RA9 are very close, most of the time. The difference between a pitcher's RA9 and ERA is relatively small. This is true in most cases, but the areas where we see outlier performance are probably importantt enough to note. ERA takes an imperfect grasp at removing a pitcher's accountability for events outside of his control, true, but we have other metrics (such as FIP) that do that in a more rigorous way.

The biggest argument against will always be the widespread acceptance of ERA -- how deeply ingrained it already is into the familiar baseball discussion. Why try to teach a wide audience this new statistic when there are literally dozens of others jockeying for position in the hearts and minds of baseball fans?

Because it's better, and because it's more accurate, is why. And even if it doesn't immediately gain traction, using RA9 in analysis provides for a clearer, less biased picture than ERA does. That's worth something, even if it represents just another "battle" in the world of statistic acceptance.

ERA gives us a skewed view of how defense affected a pitcher's runs allowed, and a biased view like that just doesn't have the same value as the raw data of RA9. Calling a run earned because Rickie Weeks doesn't have the range to get to a ball most second basemen turn into an out, and calling another unearned because Brendan Ryan got to it, but threw it away, doesn't make sense.

We have the ability to easily replace ERA with RA9 in the popular lexicon. And it's about time we do it.