The hidden(?) cost of Joe Mauer's move to first

Joe Mauer is moving to first base to protect his health, but it probably won't make the Twins a better team.

Share All sharing options for: The hidden(?) cost of Joe Mauer's move to first

Earlier today, the Twins made the suprising announcment that Joe Mauer would be transitioning to first base full-time starting in 2014. Mauer, long seen as one of the best defensive catchers in baseball, and a preternaturally talented hitter, has been dealing with a host of injuries over the past few years that have limited his time on the field -- and more importantly, at the plate.

While this could be seen coming a mile away, it's still a bit surprising to hear the Twins make this announcement so early in the offseason, and directly state that Mauer is going to live at first instead of looking to place him elsewhere. The sad truth for the Minnesota faithful, is that Joe Mauer the first baseman probably just isn't as valuable as Joe Mauer the catcher.

Currently, Joe Mauer's positional adjustment for playing catcher is about 25 runs (or 2.5 wins) per 162 defensive games played, at least when building a FanGraphs WAR amount. Now, I know Mauer's not playing 162 defensive games at catcher ... but this is a lot of value. With this switch, you could expect him to lose between a win and three in value, I'd say -- so long as he doesn't make it back up by being a world-class defensive first baseman or getting markedly better as a hitter. He'll benefit from some increased playing time, I'll bet, and the instances where a big WAR drop might hurt a player or team might not be so bad in his particular case.

An fWAR drop like this might hurt a player looking to cash in on free agency, perhaps (not a Mauer problem), or might make it so that the drop-off from Mauer at C to someone like Josmil Pinto is exceptionally large while not adding as much value back at first. It also might hurt his legacy in twenty years, when people look at fWAR (or other WARs) as important information in judging a Hall of Fame career. 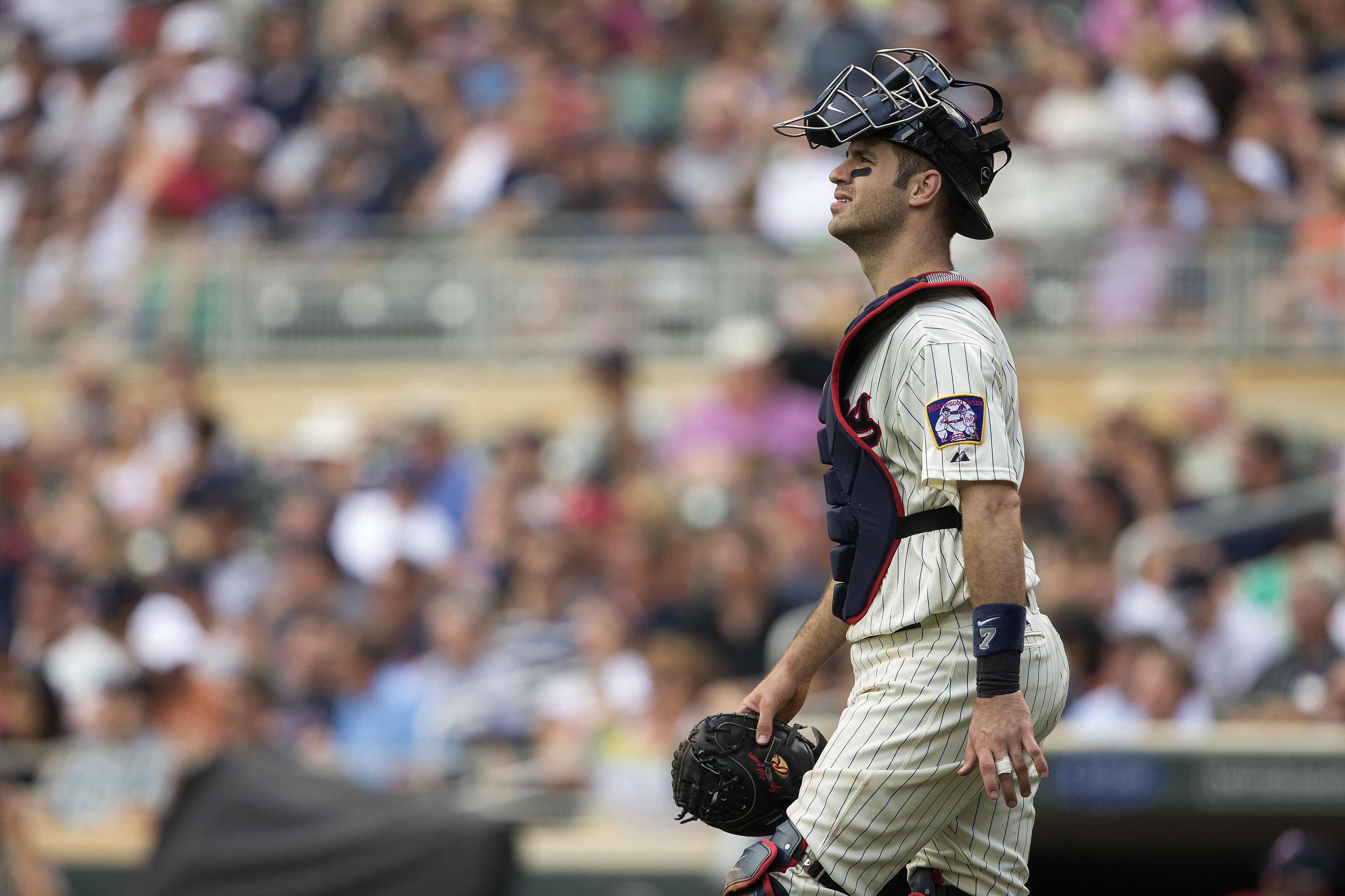 Alex Kienholz dives into the data behind a Joe Mauer move to first base.

The point here is that in attempting to protect their most valuable asset, the Twins mitigated their risk by moving Mauer over to first. Unfortunately, the cost of this risk mitigation is going to be a stark reduction in value of said valuable asset. If only there were some way to not reduce Mauer's value so considerably ...

Instead of moving Mauer, a player with good defensive instincts, good hands, a strong arm and some measure of athleticism to first base, why not give him a tryout at third base? Third base is a position where defensive ability is much, much more critical to success than first. First base likely gives Mauer much less of a learning curve, but Joe's potent bat plays up even better there than it does in a position where defense is less of a priority.

Of course, Mauer's back may suffer a bit from playing third, and it must be a tougher transition than the one to a position he's already learned, but Mauer has a reputation for being a hard worker, and worse defensive players have made that transition successfully. Maybe it's worth trying Mauer out, not as a full-time 3B, but as a flex player, picking up a few games here and there when Trevor Plouffe needs time off?

Mauer kind of fits an organizational need by becoming a first baseman -- but the Twins are taking an player of value and reducing that value. It's kind of the same way a team with a starting pitching glut* might move a talented starter to the bullpen. It can be a good move in the short term, or even the long term, but you're still diminshing the value of an asset. And let's face it, the Twins are a team without a lot of valuable assets at the major-league level.

* - I've heard teams have had this before, though I can't find any proof that it's ever happened.

The idea that Joe Mauer will be an average or "okay" first baseman instead of a nigh-MVP catcher is kind of laughable, though. He'll likely be a great first baseman. Mauer's hitting statistics are filthy for a catcher, but they still hold up as a first baseman. Offensive production from 1B has come down in recent years, and if he could muster something like a 130-140 wRC+ (30%-40% better than league-average) in 2014 and 2015, he'll still be a phenomenally productive middle-of-the-order bat. Courtesy of FanGraphs' Eno Sarris:

Joe Mauer has the 9th-best bat by wRC+ since '09. It won't be as easy at first base, but he can be worth his contract http://t.co/ycgEVJlOMZ

That's still a very capable hitter, and given that AL first basemen were pretty awful in 2013, he's probably near the top of the pack. I'd expect him to be an All-Star at the position next year.

Fans of catcher defense have to be saddened by this move, but fans of Joe Mauer not being injured are probably happy. Either way, the Twins are in the tough position of having to bump down the value of their MVP-caliber team leader. And if you're a Twins fan, you have to wonder how much major-league value there is left to lose.