Share All sharing options for: Correlating Rookie and Short-A walk and strikeout rates to the Major Leagues 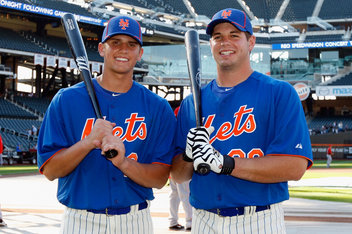 Strangely, the amount of prospects without a full season of MLB experience rises with walk rate. This is a low-level phenomenon and does not occur in the higher reaches of the minor leagues. Of the prospects that reach the majors, their walk rate either holds steady or drops. There are very few instances where a player increases his walk rate, though it does happen often enough.

Prospects tend to strikeout more often in the majors than in the minors. That’s not exactly ground-breaking stuff, but the actual percentages are what are most interesting here.