How much does a player improve after his age 20 season?

What does a player's career look like after their age 20 season?

Share All sharing options for: How much does a player improve after his age 20 season?

The past few seasons there's been no shortage of impressive seasons by 20 year olds. In particular I'm talking about Mike Trout, Bryce Harper, and Manny Machado. That got me thinking about other players that played significant time as a 20 year old, and ultimately how their careers ended. In July I did something similar, but in that case I looked at 20 year pitchers, That article can be read here.

In this study I took all players with at least 200 plate appearances in their age 20 season, since 1975. The metric of choice was Wins Above Replacement, provided by FanGraphs. After collecting all of the data I ended up with a total of 35 players that met the aforementioned criteria. These players ranged everywhere from Ken Griffey Jr. to Clint Hurdle. 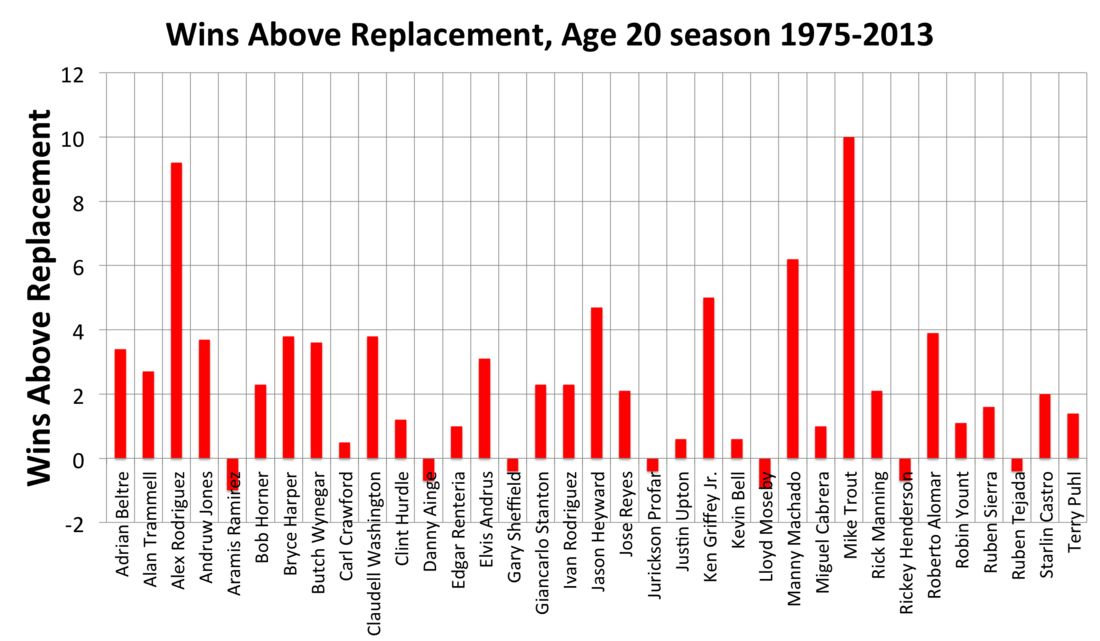 I don't know about you, but some of these results were interesting. Two players that stuck out to me in this graph were Miguel Cabrera, and Claudell Washington. While it's true that just making the majors as a 20 year old is impressive in its own right, these two players didn't have a very big impact at all. In 346 plate appearances Cabrera posted a 106 wRC+ to go along with his 1 fWAR. The WAR wasn't as high as I thought it'd be, but you can't exactly be disappointed with a 106 wRC+ from a 20 year old. The following year he posted 2.5 fWAR, and then from that point on he started to develop into one of the best players in the game.

Claudell Washington did get 237 PAs as a 19 year old, and managed to post .7 fWAR, but when he was 20 he played his first full season in the bigs. In his first full season Washington posted nearly 4 fWAR, 3.8 to be exact, and that would actually be the best season of his career. After that season Washington bounced up and down between the big leagues, and only finished with more than 2.5 fWAR in a season two more times.

As a group these 20 had an average fWAR of 2.3. Considering ~2 fWAR is considered to be average, if you can have a 20 year old be above average you'd take that every time. Obviously there are outliers like Mike Trout, and Alex Rodriguez who had historic seasons so if you want to take those two out you get an average just under 2. Still, at 20 years old that's just under an average major league player.

What about when their careers are finished though? Do they finish as hall of famers or just another baseball player? 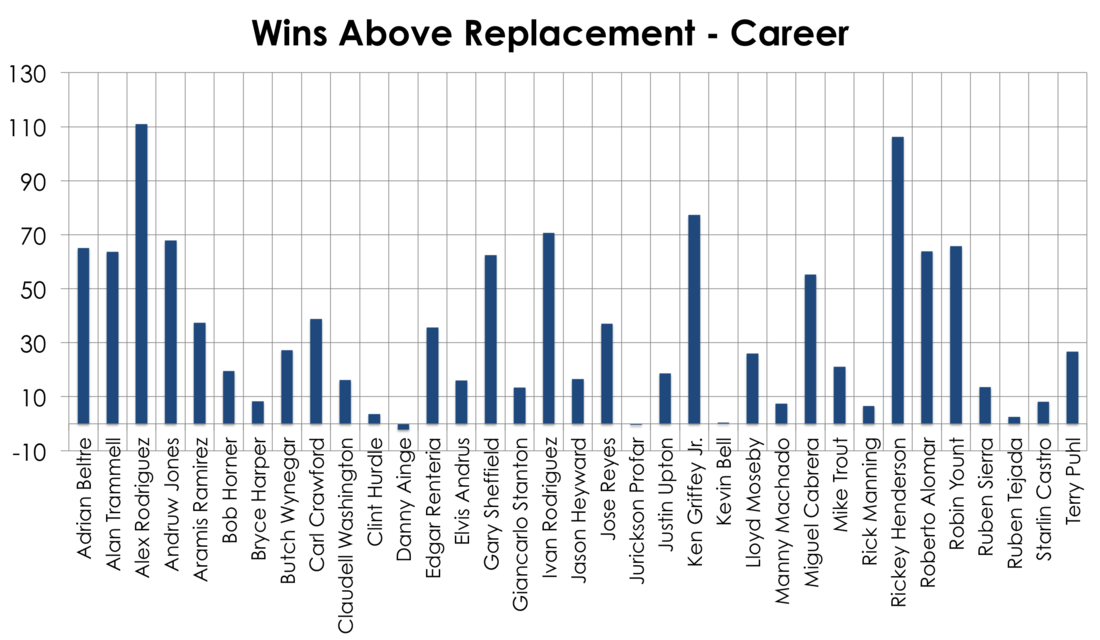 Turns out there's a fairly big mix when it comes to the career numbers for our sample. Obviously guys like Jurickson Profar, Bryce Harper, Manny Machado, and Mike Trout are just starting off their careers, but minus Profar all are off to extremely impressive starts. Minus those four we have a mix of hall of famers, players that had respectable careers, and players that didn't do much at all.

Ricky Henderson and Alex Rodriguez top out the list as the only two players with above 100 fWAR. After roughly 2.5 seasons Mike Trout already has over 20 fWAR. and has passed the likes of Justin Upton, Giancarlo Stanton, among others. Obviously the career outlook varies quite a bit, but just based on the data we can see that 20 year olds tend to end up having solid careers, if not hall of fame careers. 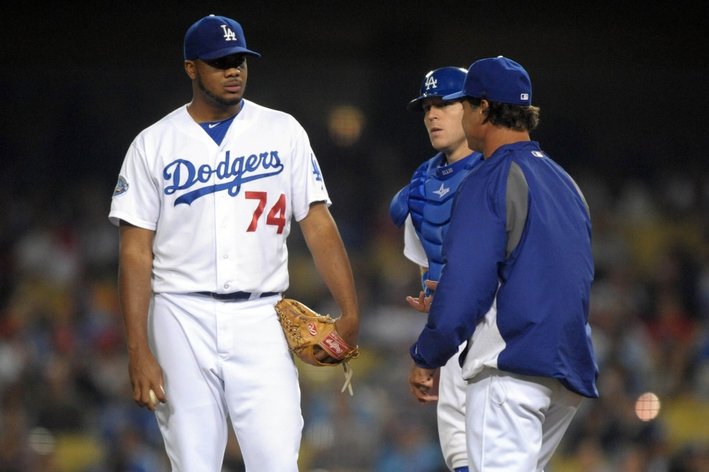 Neal looks at why saving your closer is not a good idea.

As a group these players have an average of 34.5 fWAR which is pretty darn impressive career. While hall of fame careers are nice, not everyone posts them and a career where one posts nearly 35 WAR is nothing to be disappointed about.

In particular it will be fun to watch the likes of Mike Trout, Bryce Harper, Manny Machado, and Jurickson Profar as they become older and gain more experience in the big leagues. Mike Trout is already on a historic pace, and if he kept it up he would be reaching 100 fWAR by the time he was 30! Harper's had some injury issues, but he doesn't even turn 21 until October 16th! Offensively Manny Machado isn't where he'll likely end up, but even league average offense at 20 is impressive. Plus I also heard he can play some defense. Profar struggled in his 324 PAs this season, but he wasn't a top prospect for no reason, so I can't wait to see how he develops.

Expectations are usually always high when these young guys make their debuts. Sometimes they turn out, other times they don't but that's the beauty of baseball.