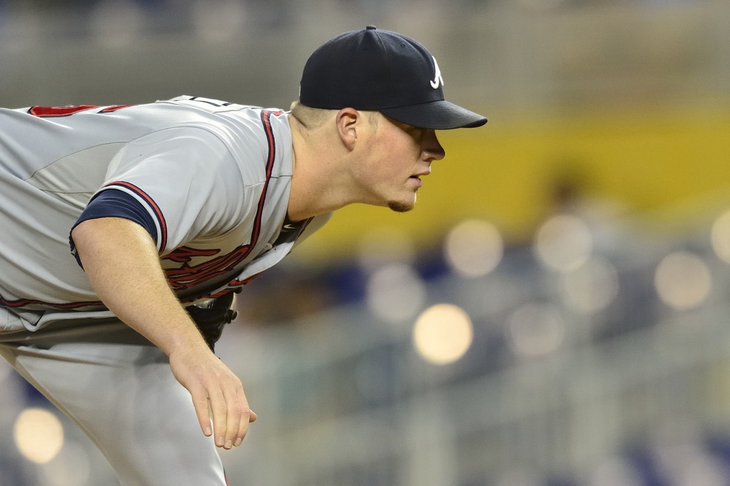 Unless you've been living under a rock this past season you know that Atlanta Braves reliever, Craig Kimbrel, is having a fantastic year. He's striking out batters at an astronomical rate, and has been literally unhittable.

Many sabermetric fans and traditionalists seem to agree that this is the best season by a reliever, but I want to see just how good he's been. After the jump we'll take a look.

I went into the FanGraphs leaderboards of pleasure and wanted to see if anyone struck out as many batters as Kimbrel has while also limiting walks. What I saw blew me away:

In this table are the relief pitchers with the highest strikeout percentages since 1920. The first thing that stuck out was that Kimbrel is really darn good. He's striking out batters at an unheard of 50% of the time! Not only is he doing an excellent job at striking guys out, but he's also doing an incredible job at limiting walks.

As you can see Eric Gagne and Kimbrel are the only ones to post above average BB%, while having astronomical strikeout numbers. The crazy thing is that Gagne struck out over 44% of batters in 2003, but Kimbrel is striking out 6% more while walking the same amount. Kimbrel has also been doing a phenomenal job at leaving men on base.

While you may think a 92% LOB% would be in the top 5 for all-time, it actually would put Kimbrel at 13th all-time. The best LOB% by a reliever was 97.%, and that was done by Calvin Schiraldi in 1986. For those wondering I set the IP limit at 50 innings.

I'm sure you know that Kimbrel has a ridiculous fastball, and he also has a filthy curveball. When he faces both left-handers and right-handers he throws his fastball and curveball generally the same amount of time. Interestingly when he's ahead of left-handers he uses his curveball and fastball 50% of the time. Personally I found that interesting, and haven't found a clear cut answer as to why that is.

One friend suggested that left-handers might be able to see his fastball easier, and that's certainly plausible. Another friend brought up the high whiff rate that he has when he throws the curve. His whiff% when ahead of left-handers is 33.91% which is just insane. Either way it's clear that his dominant fastball and curveball are leading him to the record books.

While looking at this chart I notice some other interesting facts. In 2012 there three relievers who could finish with some of the best strikeout rates since 1920. They are Craig Kimbrel, Kenley Jansen, Aroldis Chapman. If Kimbrel wasn't so dominant this year than we might be talking about Chapman instead.