Share All sharing options for: The BtBWAA's 2012 AL All-Star Vote

We've spilled quite a bit of ink over the last year on how fans fill out their All-Star ballots (okay, it was mostly me), so we've decided to put our money where our collective mouth is. We reconvened the BtBWAA—the Beyond the Boxscore Writers Association of Awesomeness—and held our own mock 2012 All-Star vote.

Twelve BtBWAA members took the time to fill out ballots for each league. Votes were cast between June 28 and July 2. All ballots will remain anonymous, but in the interest of debate I am hoping that our participants will voluntarily offer explanations for their picks. (Hint, hint.)

Without further ado, here's how we voted for the 2012 American League All-Star Team (NL to come later this week). 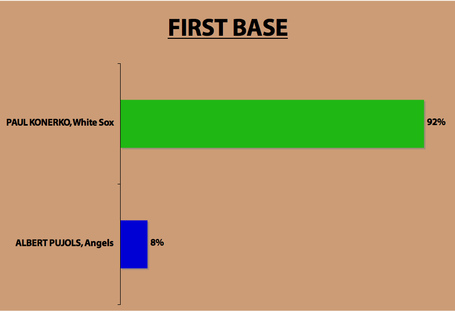 Looks like Paul Konerko is the pretty clear choice here—in fact, this is our most lopsided vote in the American League. Note that fan vote winner Prince Fielder did not get any support. As an aside, I saw Albert Pujols in person for the first time last night (the curse of being an AL fan). Sent one screaming into the bleachers. What a tremendous hitter. 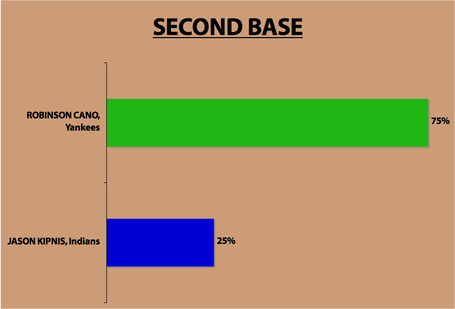 Hey, we agree with the fans on something! Robinson Cano is by far the favorite here, but I was glad to see that the Indians fan in the room wasn't the only one who lent his support to Jason Kipnis. 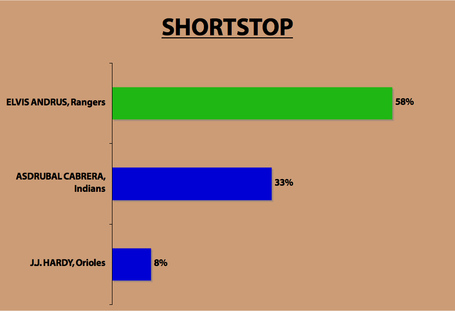 Given our tendency to lump our votes together, this one was actually relatively close. Elvis Andrus generally seems to be the saber favorite, but it's worth noting that his ranking over Asdrubal Cabrera in the value stats is based wholly on defensive metrics that many feel don't accurately represent his defensive abilities. Also, nobody voted for fan vote winner Derek Jeter. And who voted for J.J. Hardy? 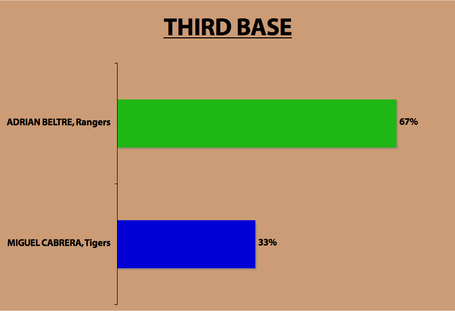 With four AL third basemen essentially tied in WAR, I expected this one to be much closer. But we clearly have a preference for fan choice Adrian Beltre, who contributes on both sides of the ball, over the best hitter (Miguel Cabrera) or two possibly superior glovesmen (Brett Lawrie and Mike Moustakas). 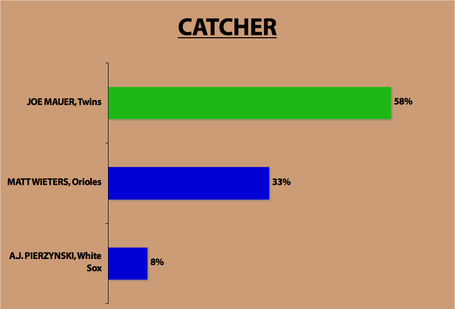 Another real-life winner (Mike Napoli) gets shut out in favor of Joe Mauer, who is apparently less popular than Napoli with the fans for some reason (news to me). I'd be interested in hearing the argument for Matt Wieters, if anyone who chose him is willing to speak up. 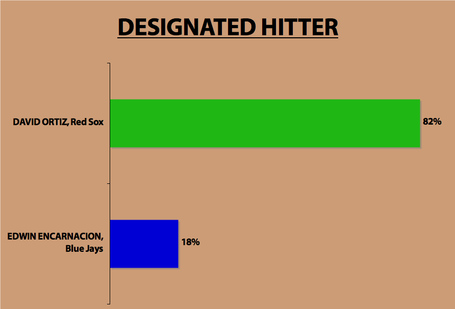 This is another one where I was surprised by the wide voting disparity. Personally, I thought David Ortiz vs. Edwin Encarnacion was the toughest choice on the ballot. But what do I know? 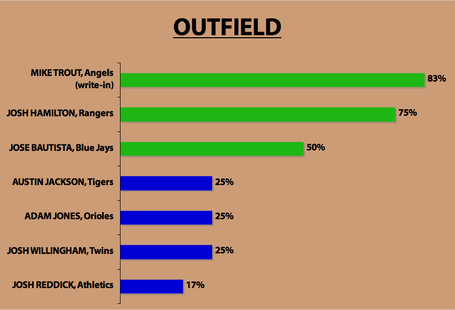 And a write-in candidate wins! (Has that ever happened before?) Though the proportions differ pretty dramatically, our outfield isn't too far off what the fans chose: Josh Hamilton and Jose Bautista, plus Mike Trout instead of Curtis Granderson.

Here's how our overall lineup compares to the fans': 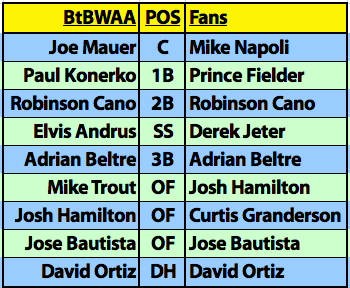