Share All sharing options for: Kerry Wood to Retire, Visually

Kerry Wood is set to announce his retirement, either today or after his next appearance. We all knew it was coming -- it had to with his recent struggles:

In the nine games he did manage to appear in this year, he was ineffective, walking 11 hitters in 8⅓ innings with an 8.64 ERA. Continuing to pitch with the injuries and ineffectiveness was apparently too much for Wood, so he is expected to announce his retirement from baseball Friday, about a month short of his 35th birthday.

But sometimes it helps to see why a player like Kerry Wood decides to hang 'em up, does it not? Enjoy: 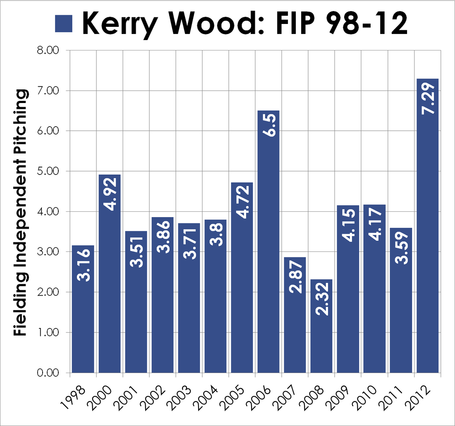 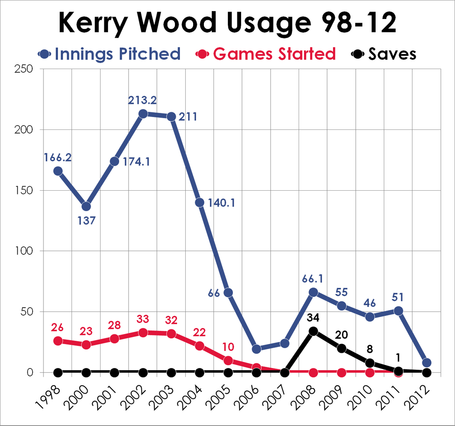 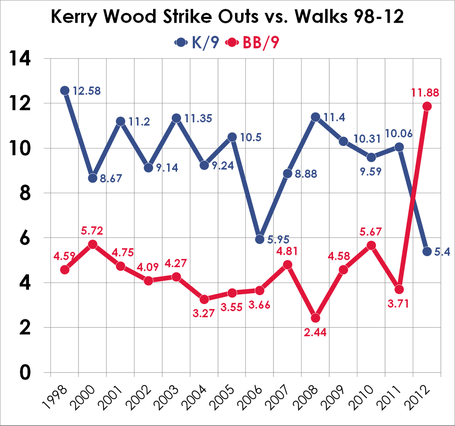 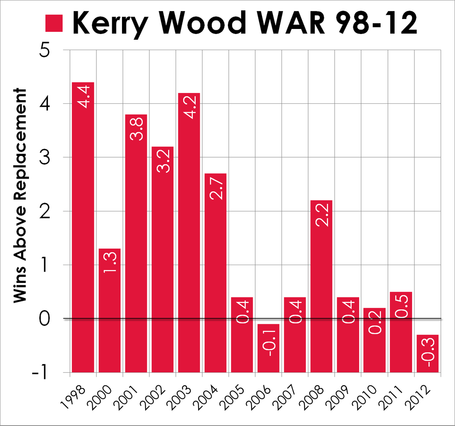 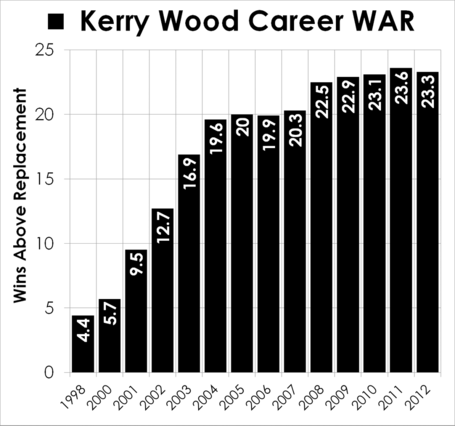